Greetings to All! It is time for a new blog post. We present you Kaerns: People of the Land!

Kaerns are one of the five most populous hominoid mortal races. Their origins go back to the touch of Pabschakri's blood on the Shards, and many of their characteristics are said to be derived by the dragon. Kaerns have migrated and spread all across Ellevar, and possibly farther, but prefer mountainous and dry lands that remind them of their homelands in the Rhaksathi Wastelands. 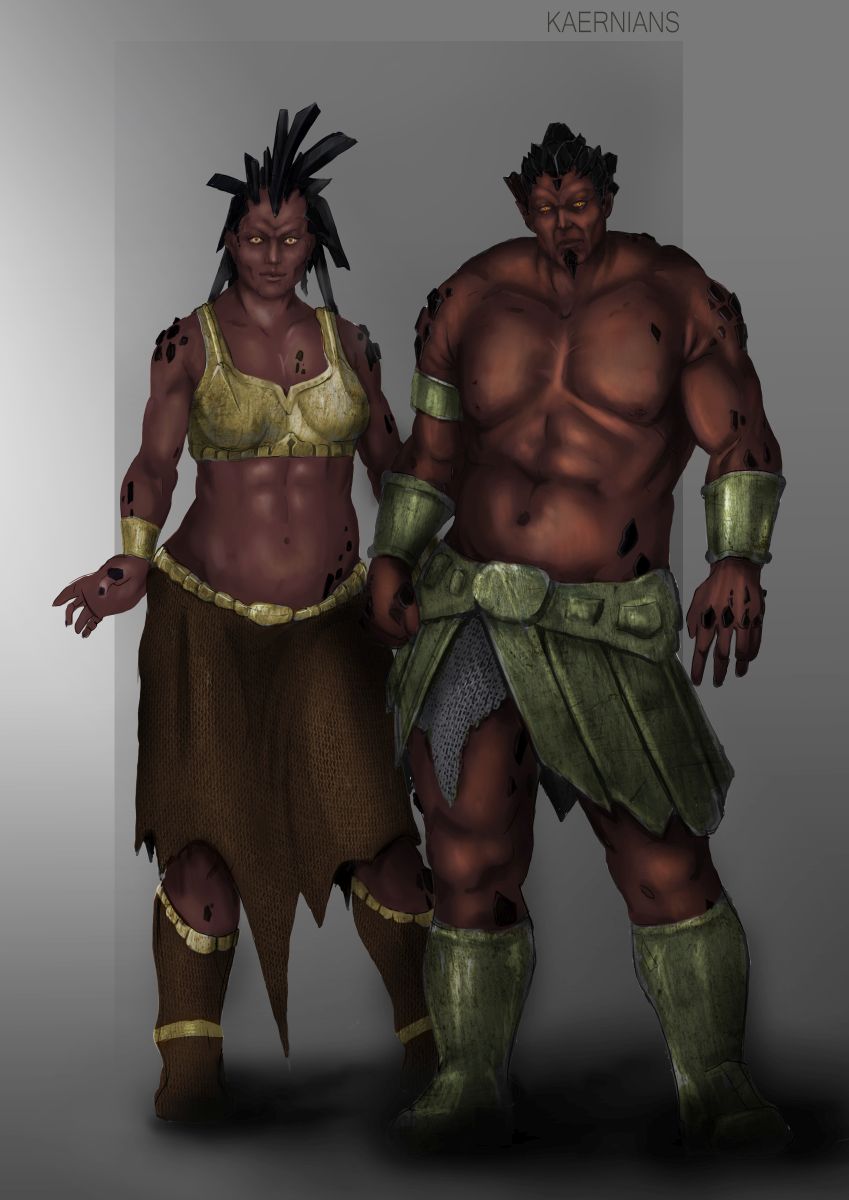 Excerpts from the Book of Kaernian Studies:

“The reason behind the increased body weight of Kaerns lies in their skeletal composition and follicular structure. Both sexes of Kaerns lack hair, including body hair, entirely, and instead feature a head crest and skin sprouts – sometimes called scales – of organic stone. Their entire skeletal structure consists of the same kind of organic stone, which is three to four times as dense as bone. ”

” The average Kaern body has very little subcutaneous body fat, with the exception of areas around sprouts. Those sprouts, ranging in diameter from 2 to 15 centimeters, are excellent heat conductors; as more heat is absorbed by the sprout, more fat – a heat insulator – settles around its root. When the sprout’s temperature has risen sufficiently, the fat seals its root entirely, and the whole sprout is dislodged, often slightly incandescent like a hot coal.” 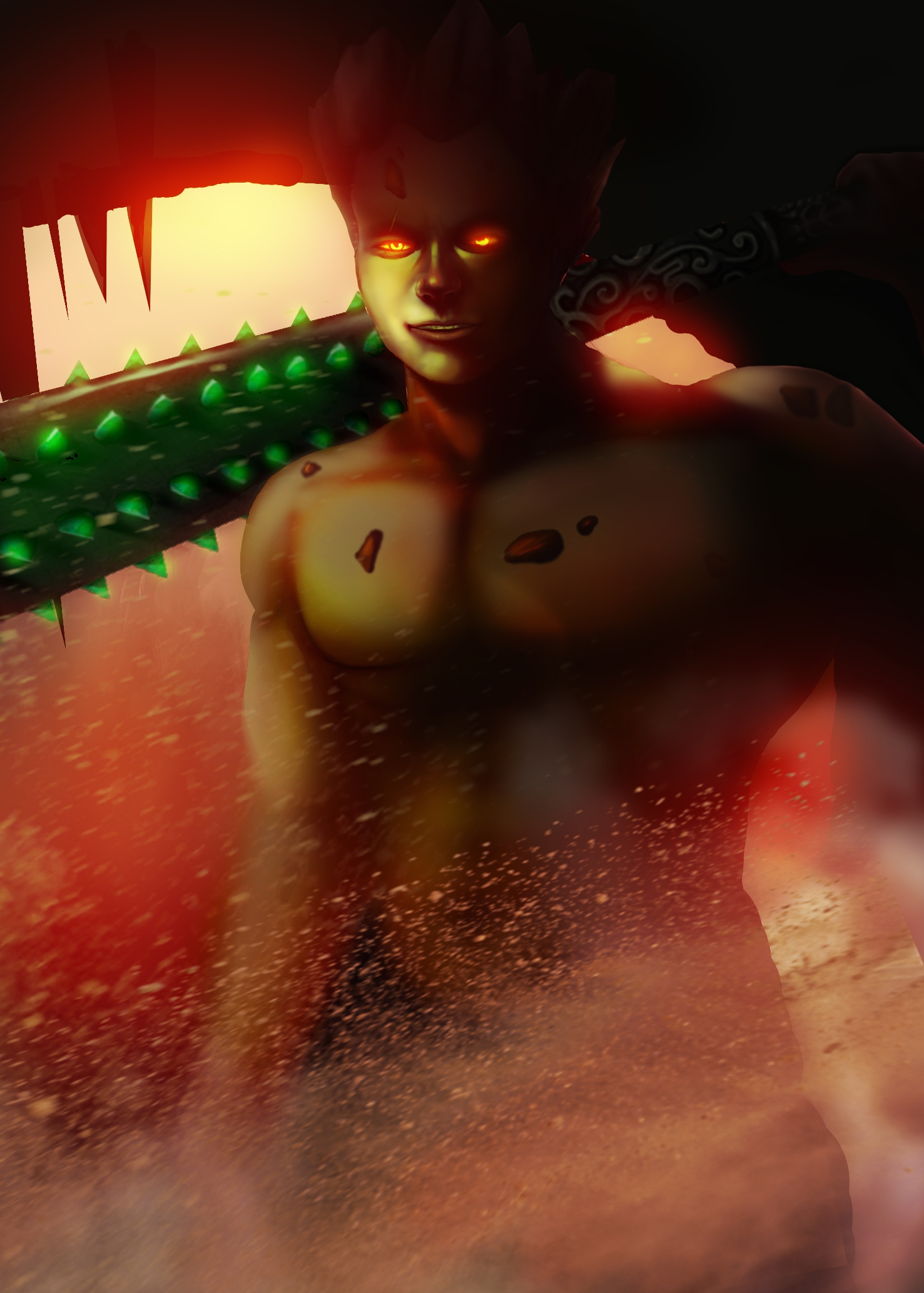 “Due to the highly effective process of breaking down ingested material by their stomach, Kaerns can withstand the effects of an impressive amount of ingested toxins or similar substances – three to six times the amount that prove disruptively harmful to other hominoids.”

“…the Kalavar, a precisely shaped club, approximately 160cm, traditionally made of metal or stone – usually Jade – and adorned throughout its length with protrusions resembling the Kaern’s sprouts. Larger varieties exist, as well as different constructions – such as a golden body with gem protrusions – but the traditional Kalavar is much more common.” 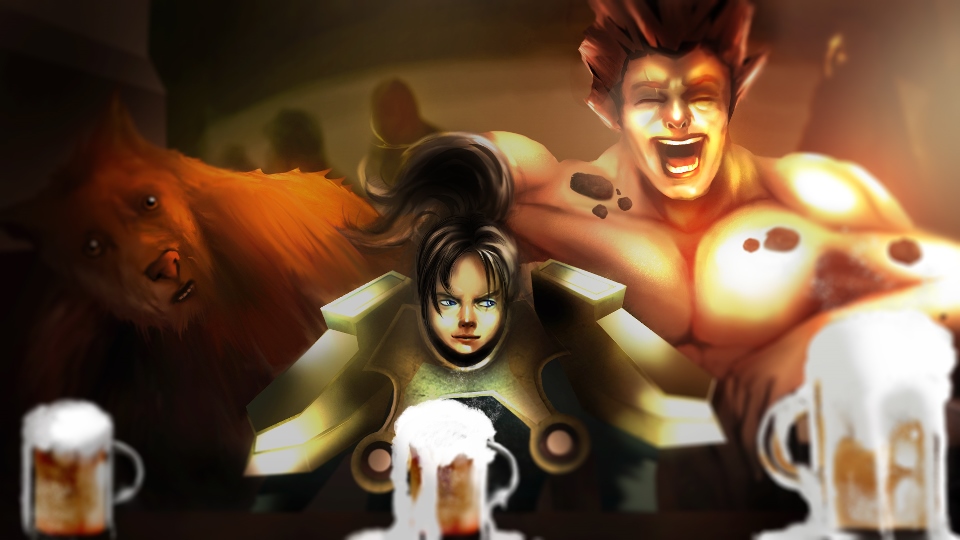 "Forge Worshiping could barely be called a religion by most accounts, but that kind of showing devotion to Ethrenos is so ingrained in Kaernian culture, and its origins are so clearly spiritual in nature, that scholars accept it as a matter of fact. There are no strict rituals – the means by which a crafter attributes respect is deeply personal, and some go to greater lengths than others to signify this. There are also no temples, since every forge is considered a place of direct worship of Ethrenos, with one exception: the Basilica Foundry; a foundry, workshop and forge structured like a great temple to Ethrenos, built in the heart of a volcano, lost during the Skybreak and considered destroyed, although its legend still occasionally sprouts Temple Forges, especially for large, important projects.” 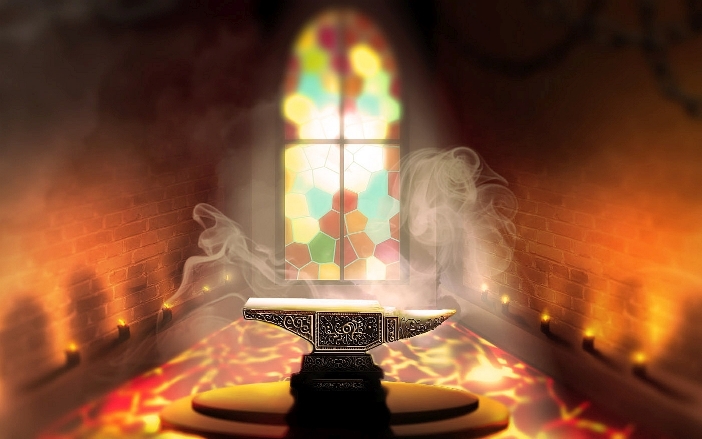 “Eventually, [Licorandi] presented the local council with Teno Sheelot, the culmination of his ten years of efforts. Few records remain of the first tests of the concoction, but it is generally considered a wild success. Various forms and variants of Sheelot remains popular today, although the prefix “Teno” is only used for the exceedingly rare samples of the original. Although in modern times Kaerns have figured out means to make common beverages into Kaernian variants that work for them, Sheelot remains a Kaernian beverage that is highly poisonous to the other races.” 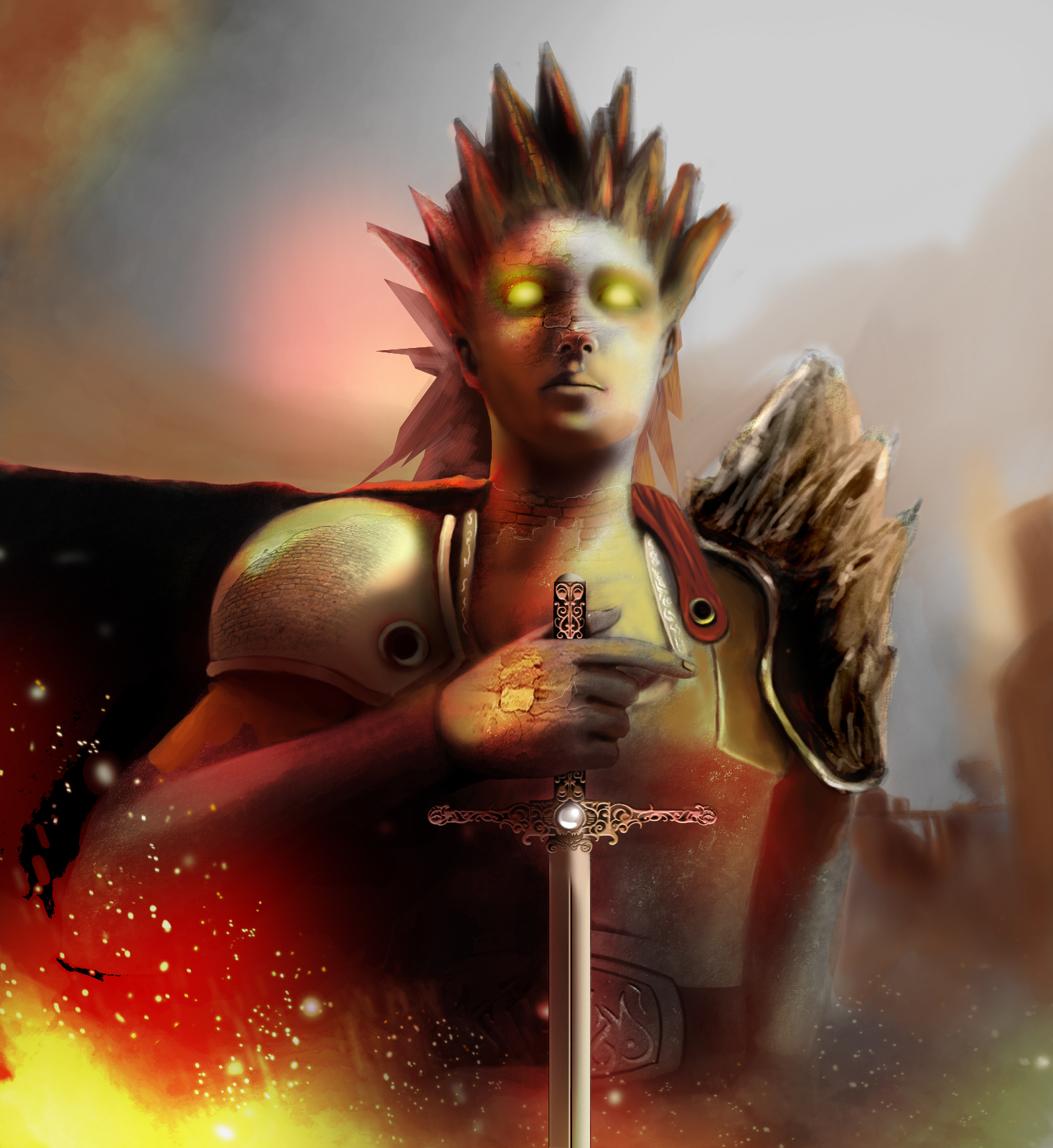 You can learn more about the Kaerns by visiting my Archives…

That's all for today! Please feel free to send us your feedback on the comments below! To learn more about Jinx: Womb of Cosmos, visit our website. And if you want to receive all the latest news and updates, please follow us on Facebook and on Twitter or subscribe to our newsletter.