Infliction is an interactive nightmare, a horrific exploration of the darkness that can lurk within the most normal-looking suburban home.
Wander through the remnants of a once-happy family, reading letters and journals, listening to voicemails, and piecing together clues to understand the terrible events that led you here.
However, you are not alone. Something else has remained in this house, a being of infinite grief and rage. While you hunt for clues, it hunts you, waiting for its chance to unleash its anger on you.
Can you survive long enough to find atonement?

You are not alone
A restless AI enemy will be stalking you, and you really don’t want to be caught. Will you run, hide, or find some way to fight back?

Warped reality
Explore a realistic, interactive suburban house that gets more fractured and twisted the deeper you go.

Piece it together
Read letters, find diaries, and examine the precious mementos of a broken family to understand the terrible events that led you here.

Almost too real
The story is grounded in real-world domestic tragedy, the fears and hurts that we all know: broken hearts, betrayed trust, grief, and loss.

Light and dark
The power of Unreal renders a photorealistic environment with dynamic lights and shadows that can dazzle you or plunge you into darkness.

Choose your challange
Standard difficulty will occasionally point you in the right direction, but in hardcore mode you will be on completely on your own.

After two and a half years of development, people are finally playing Infliction!

No, it isn’t the full game yet - that will be coming in October for your Halloween gaming goodness - but instead they are playing the demo that I released on Steam to coincide with the launch of the Kickstarter. 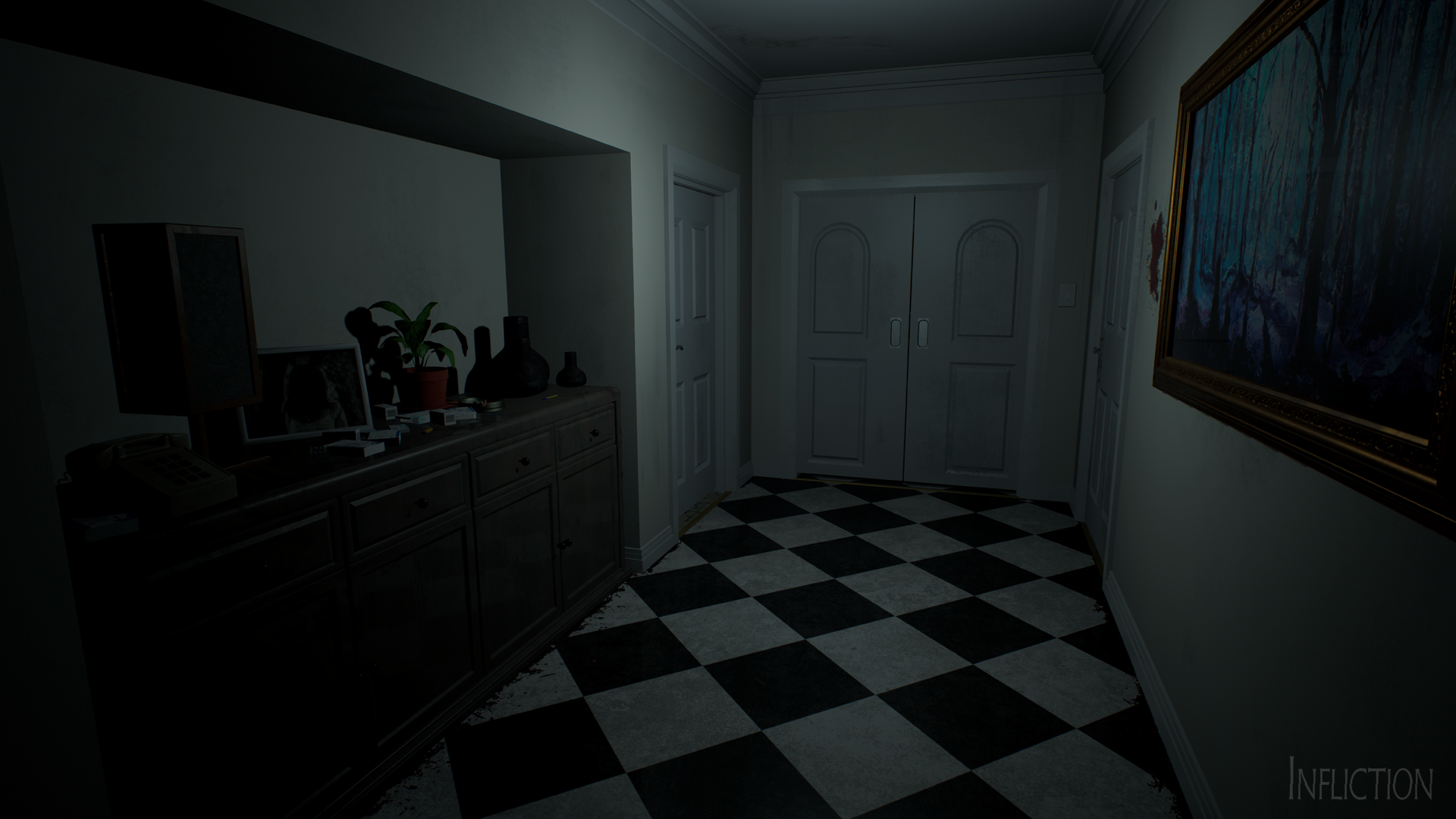 What’s been especially enjoyable has been the flood of “let’s play” videos on YouTube. Just two weeks after release, these videos had topped two million total views, and they keep on climbing. The overwhelmingly positive response to the demo, and to people watching the demo being played by their favorite YouTubers, has given me a huge morale boost. It’s hard working on a game for years as a solo developer, never 100% sure you’re making the right choices, so I’m feeling pretty good right now. 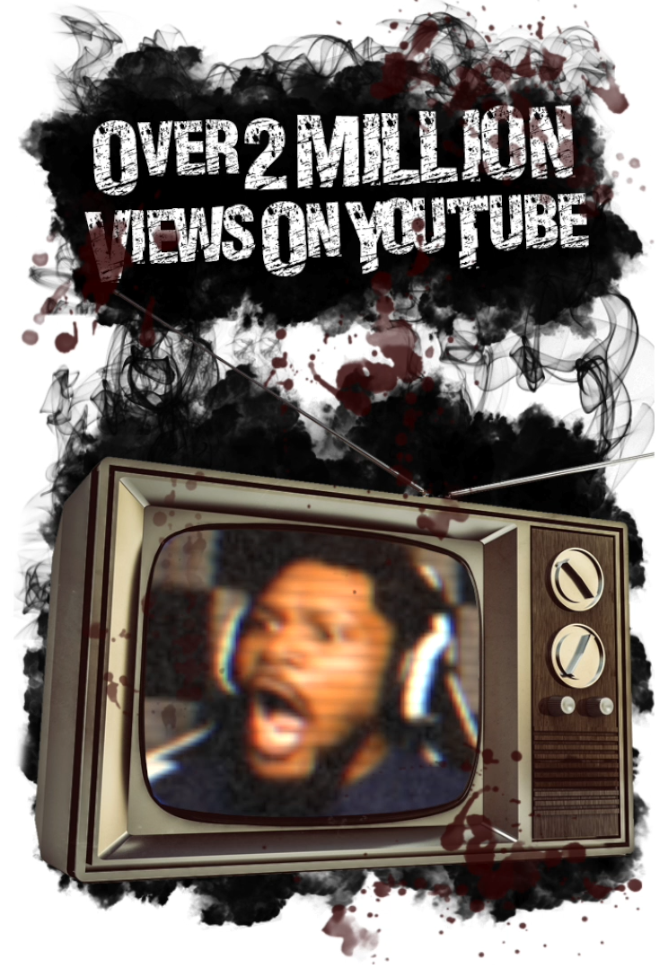 Watching all of these YouTubers play the demo has also given me an injection of fresh new ideas. A lot of the time, the parts that really creeped them out were the tension building moments rather than the big scares, which is exactly what I was going for. I can watch these videos, study their reactions, and use that to tweak the final game further. It’s about 95% complete, with mostly polishing being needed between now and Halloween, but I can make little changes and feel confident it will be worth the effort. 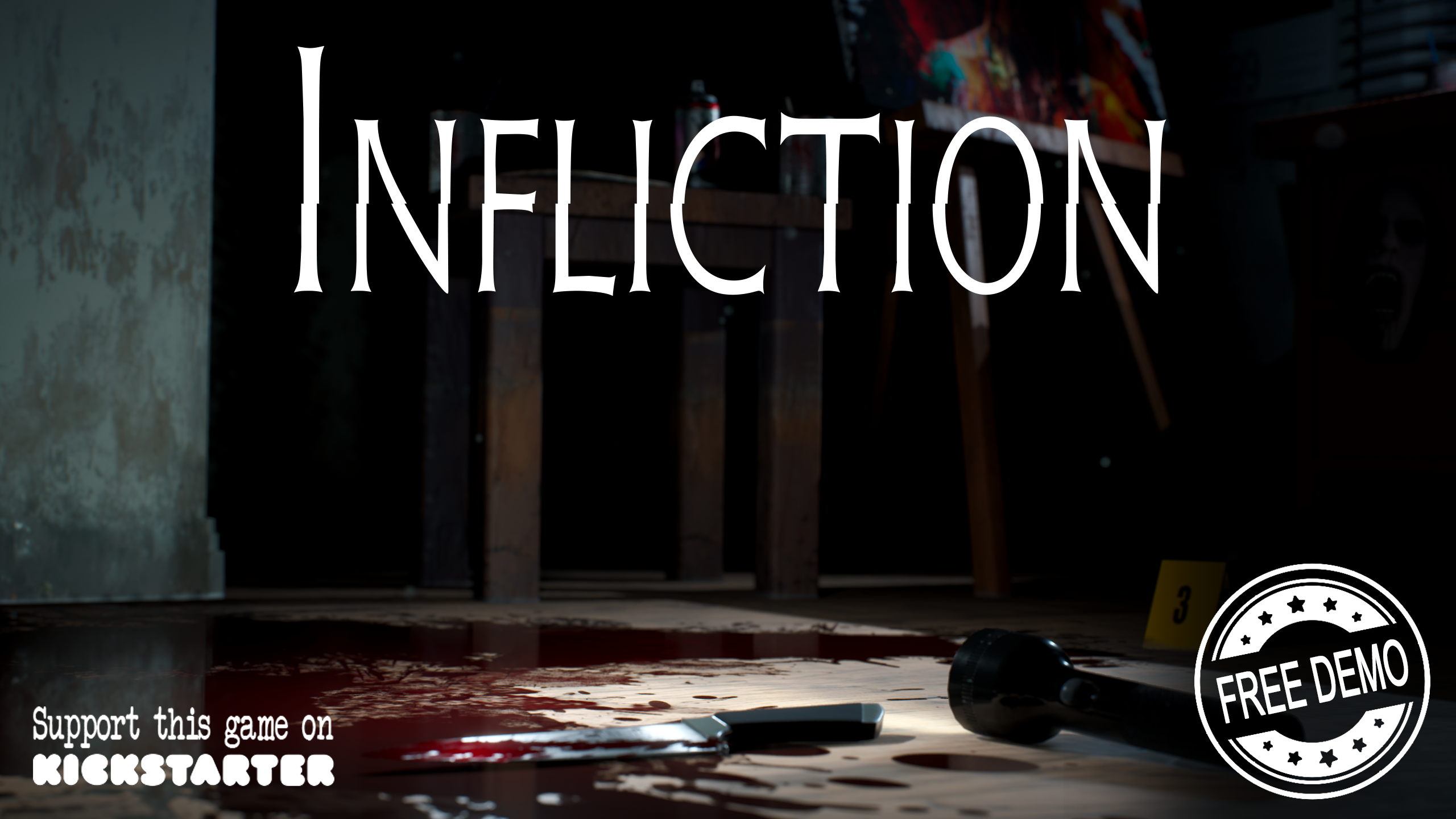 We’re into the final week of the Kickstarter, and we’re going to need one last big push to get over the line. It isn’t a big goal, just enough for me to hire an animator and give the finished game a bit of extra love, but it will definitely mean a more polished game if we can get there. I’ve done everything on this game myself, and while my animation is fine, a real pro will take it to a whole new level.

Check out the Kickstarter if you want to lend a hand, plus you can score some cool extras. Thanks to social media shares, every backer level is getting a creepy soundtrack, a universe-expanding short story, and (hopefully) an audio book. There are also some cool ways you can get a piece of yourself into the game.

Thanks for checking out Infliction!

The biggest indie gaming stories for the week of July 20 2018.

It looks like like this draws a lot of inspiration from the P.T. Demo - hopefully this is the case, because if so I'll be keeping an eye on this!

Will early access still open today as scheduled? Been waiting for this one, watching the calendar.

Apologies for the late response. I had some issues regarding windows treating UE4 games as an unknown developer and potential virus. This lead me to releasing it on Steam which has removed all the issues.

I'll consider releasing the Demo over here if there is enough demand and people don't mind all the warnings that come along with it. It is possible to sign my files but getting a certificate is a lengthy process I don't have time for at the moment I'm afraid.

The demo is available on Steam due to complications releasing the Demo here.
Store.steampowered.com
Thanks for the interest :)