Indie Van Game Jam is a comedy documentary web and video game series. The Binary Solo crew travels around the country interviewing independent game developers while making their own game in a van! Each 20 minute episode explores a game design concept that the subject of the episode has shown mastery of through their catalog of games. Guests include: Rob Lach, Phyken Media, PixelDash, Stoic, Sky Tyrannosaur, Oreganik, and KLEI Entertainment. The Digital Box Set contains all 7 episodes and their original game jams along with over ten hours of special features, improved versions of the 7 game jams, and 2 bonus game jams!

Binary Solo is proud to announce the release of the third episode of Indie Van Game Jam featuring Pixel Dash Studios. The third episode, Wreckingball Run, resumes after the end of episode two. The gang gets a mysterious call from a producer out of Baton Rouge. He requests a branded game that makes their company look "cool," "hip," and "with it." With merely a day and some change, the Indie Van tackles the challenge head on. 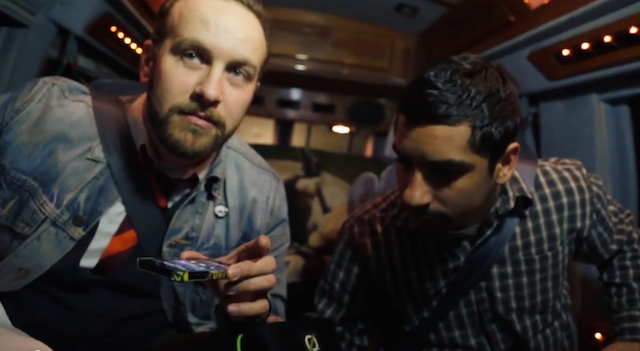 Along with the episode comes the game that was made, Wreckin' Ballz. Wreckin' Ballz is a 2D side-scrolling action arcade game in which the player takes control of a wrecking ball on the rampage. Destroy buildings, knock planes out of the air, and defend yourself from the posers and haters. This game is hilarious, wanton destruction with a fun, topical theme. It is available on IndieDB and IndieVanGameJam.com for PC, Mac, and Linux!

Binary Solo is a small developer from Austin, TX. Comprised of former BioWare veterans, Binary Solo moved far from the six year development cycle of SW:TOR into the 48 hour cycle of game jams with the creation of Indie Van Game Jam.

Pixel Dash Studios are a self-funded developer from Baton Rouge, LA. They are the creators of Swap Drop Poker and co-developers of Road Redemption, the homage to the classic SEGA Genesis game Road Rash. Road Redemption is now on Steam Early Access.

Version 1.0 of Wreckin' Ballz for Linux! This game was made for the third episode for the Indie Van Game Jam!

Version 1.0 of Wreckin' Ballz for OS X. This is the game made on the third episode of the Indie Van Game Jam!

Version 1.0 of Wreckin' Ballz for PC. This is the game made from the third episode of the Indie Van Game Jam.