Hybrid Beasts is a unique cross-genre game that brings together strategic turn-based action and open-world exploration and adventure. At its heart, teams of never before seen creatures battle against each other to conquer and defend regions of a mysterious world full of secrets, quests and adventures that are being discovered in the process. Hybrid Beasts aims to push things forward in the genre by introducing a number of novel and original features.

Thanks for voting and helping Hybrid Beasts on it's quest to become the 2021 Indie of the Year. You are now in with a chance to score some free games. Help this game secure more votes by embedding the widget (or link) we have included below on your favorite sites.

To promote Hybrid Beasts and grow its popularity (top games), use the embed code provided on your homepage, blog, forums and elsewhere you desire. Or try our widget.

Battle Brothers is a turn based strategy RPG mix which has you leading a mercenary company in a gritty, low-power, medieval fantasy world. You decide...

Checkmate is a hybrid between Chess and the management game genre. By combining a management element with the strategy part of Chess, this game creates...

In Rise of Humanity players will gather, upgrade and combine cards, recruit new heroes as others meet their unfortunate demise and discover new strategies...

Have you ever though about creating the movie of your dream... now you have such opportunity! Your tasks will include selection of the cast, director...

Legend of Keepers: Career of a Dungeon Manager

In this original mix of a Dungeon Defender and a Roguelite designed by Goblinz Studio (authors of Dungeon Rushers), you will manage your career as a Dungeon... 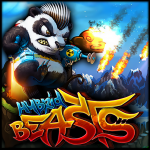