Agenda is a strategy simulation game in which the player controls a world-wide independent agency with a set goal of world domination. Try to claim your global influence through the power of your allies and covert operations such as assassinations, bribery or fraud.

Agenda was primarily intended to be a small mobile strategy simulation. Through the development the game grew in terms of both scope and complexity so we would really like to see it played on desktops.

It’s time for the first update in this year. We have a new feature, some changes and fixes this time too. This might not be the biggest update ever but is needed to pave way for further development. As with previous update, these new features are also not well explained in-game, as we are concentrating on improving the core mechanics of the game first, so thanks for your patience.

So here it goes: 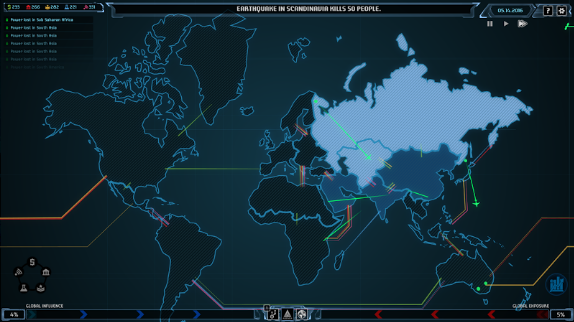 Living world
Although not too spectacular by itself at this moment it is a core for future features. This feature introduces simulation of interregional relations. Now regions connect to one another according to rules that will get more complex and realistic with time boosting each other’s power by doing so. These connections are represented with lines. Thicker end of the line means this region profits more from the connection as it is dominant. There are also some rudimentary events happening under the hood that animate this system a bit. 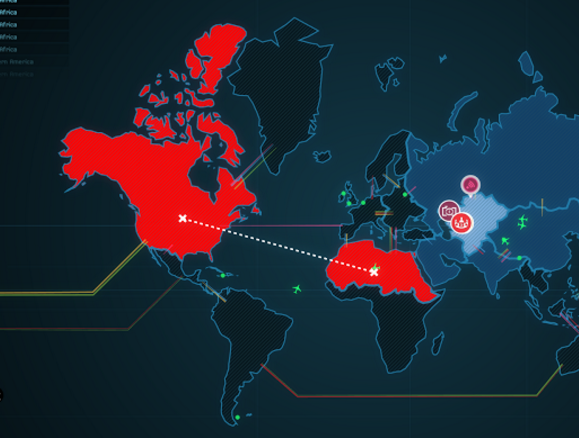 As with previous updates, this update is applied to both the default and beta branch and since it brings many changes loading your old save game might have different results than expected.

We also implemented some new stuff that isn't localized yet so if you spot any discrepancies in the text and gameplay please let us know.

Holidays are almost here so it is time for some new updates! We have been seriously considering all your comments and suggestions and came up with some...

Happy to report that after the initial balancing we were finally able to start implementing some new features which change the issues that some players...

Images, screenshots,and logos of Agenda for press and other media.