How far can you push it? Navigate perilous roads filled with swinging gates, flaming cars, stray pianos, burst water mains and other dangerous obstacles! Choose from dozens of crazy hoops and sticks for hundreds of combinations: – Push a crown with an axe! – Push a pizza with a 2×4 with nails in it! – Push a cookie with a sausage link! New challenges daily! 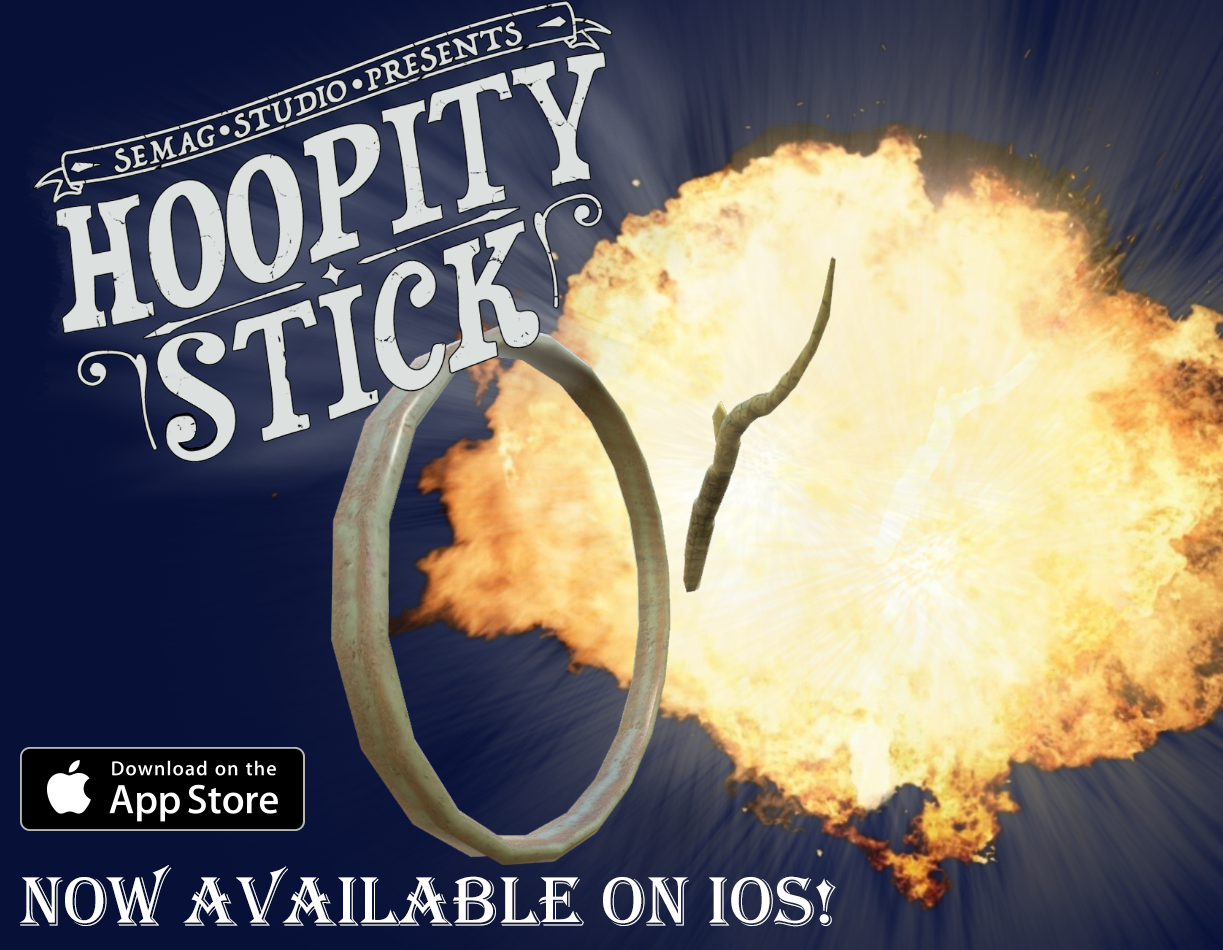 After a few months of tweaking our Game Jam title, Hoopity Stick has now officially launched on iOS!

The mobile version expands greatly on the web version released after the Indies vs Gamers game jam. But don't worry, all of the wonky physics fun is still there... and then some. There are now dozens of hoops and sticks available to choose from, for hundreds of wacky combinations. The new daily challenge mode will keep you coming back everyday to see what hoops, stick, and set of obstacles you have to face.

Hoopity Stick is free to download and available now on the iOS App Store. An Android version will be launching shortly and will be on the Google Play Store as well as the Amazon App Store.

Defender of the Oasis Arcade