Gravit what is it?

Gravit is an original 2D platform game, mixing reflection and puzzle. It brings the player to confront the end of the world, while adapting him/herself to the gradual changes of Earth's gravity, all this in a dynamic platform game.

We have added a lot of additional items that will all have a role in fighting the gravitational cataclysm:

The scenario and the musics have a real significance in our game to articulate all the elements around a main story.

Here a demo of the game Gravit in pre-alpha version, do not hesitate to share it with your friends.

You like it? Support us on our Indiegogo project!
Don't hesitate to give us feedbacks!

The graphic design is in progress : 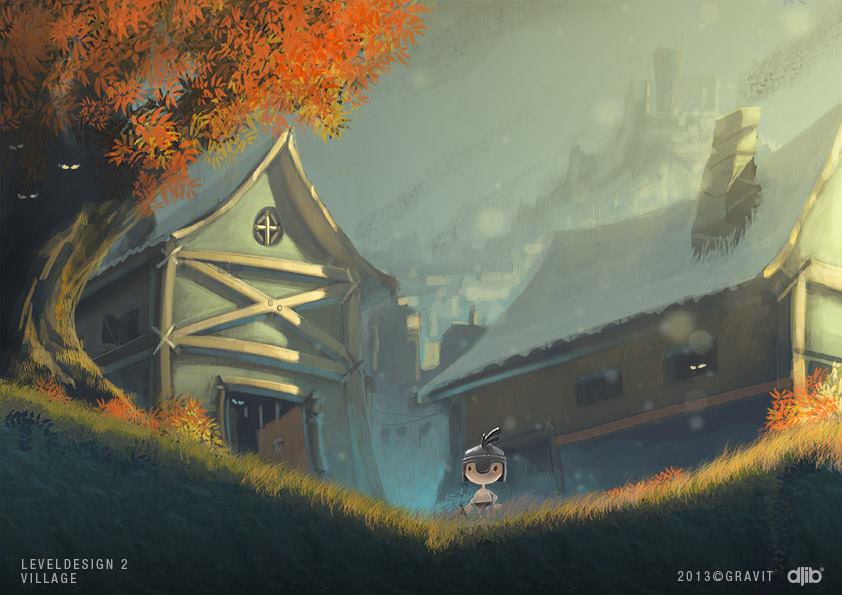 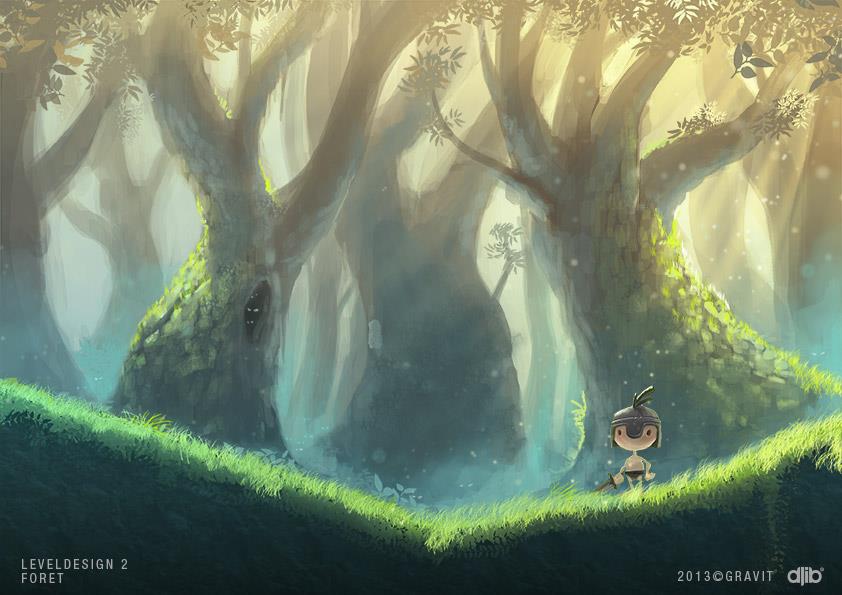 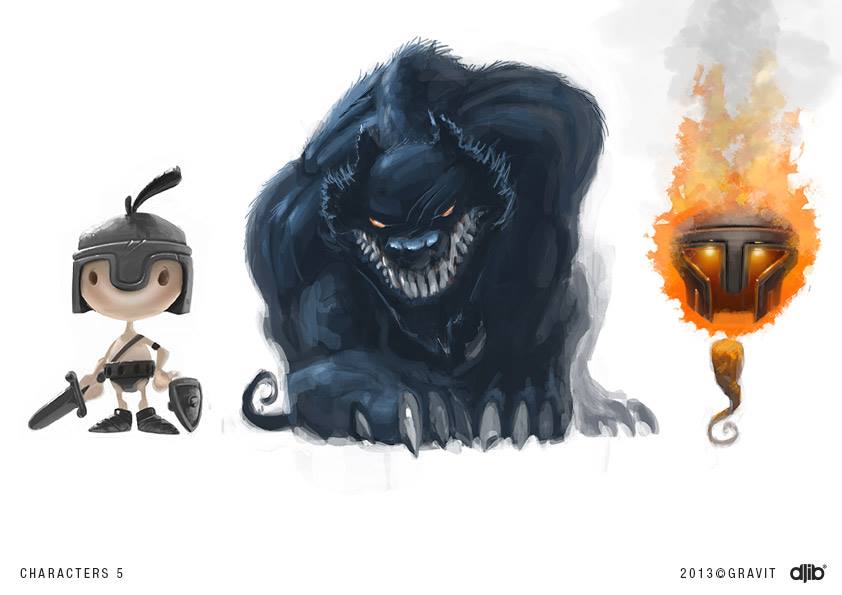 As you probably understood, Gravit’s base is to play with gravity. This last is changing all along the game going through different steps. But not only does gravity affect the player. The environment and objects are also subject to its action.

Normal gravity
At the beginning of the game, the character will be subject to a normal gravity. He can do little jumps, leap from wall to wall, climb ropes and ladders, carry or throw light objects. A fall from few meters or a hard impact will be deadly to the character.

Light gravity
Then the cataclysm starts, gravity is decreasing of a half. We could believe we are on the moon. The character can double, even triple the length and height of his jumps. He can fall from higher level without dying and carry objects twice the initial weight. With this gravity, the character can reach inaccessible areas. Being able to cross a ravine of several meters will provide the player with a sense of power.

Zero gravity
Then comes the most original part of the game, no gravity at all. Like in the space, the character is floating in the air and can only turn on himself. But you can still move by using the scenery elements. You can use bubbles of water floating in the space to control your movements.

Reverse gravity
As it was not enough, in this step, gravity loses its control. The character is now attracted by the sky ! You need to use some elements of the scenary not to fall down in heaven. Water and lava are flying away to the sky and trees are uprooting.

High reverse gravity
For the last part, the character will be ejected to the sky. Gravity will be higher than the initial one. Your weight will be doubled : little jumps, cannot carry anything… Every action will be an ordeal.

You will able to create your own level thanks to the level editor!

Here are the new graphic works done by Jean-Baptiste Casasola.

Don't forget to support us on the Indiegogo campaign !
And on Greenlight :) 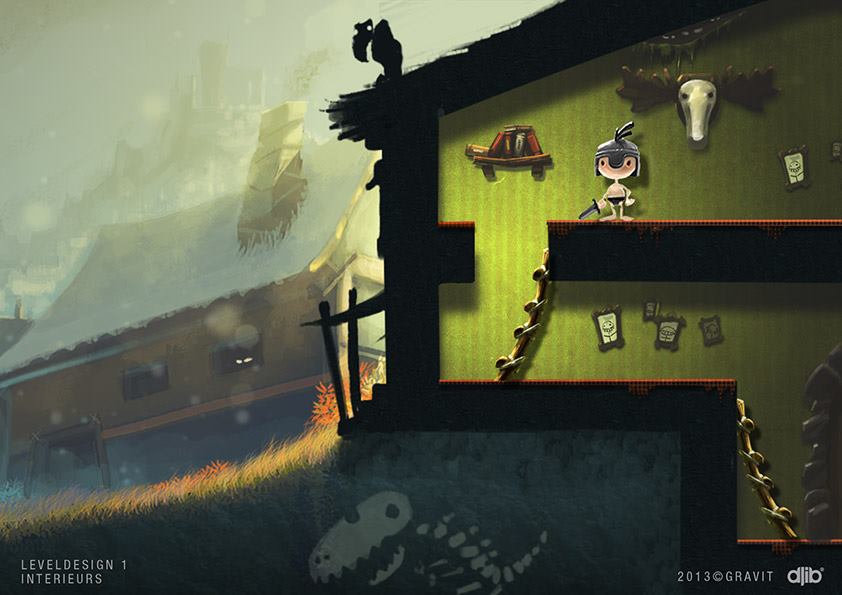 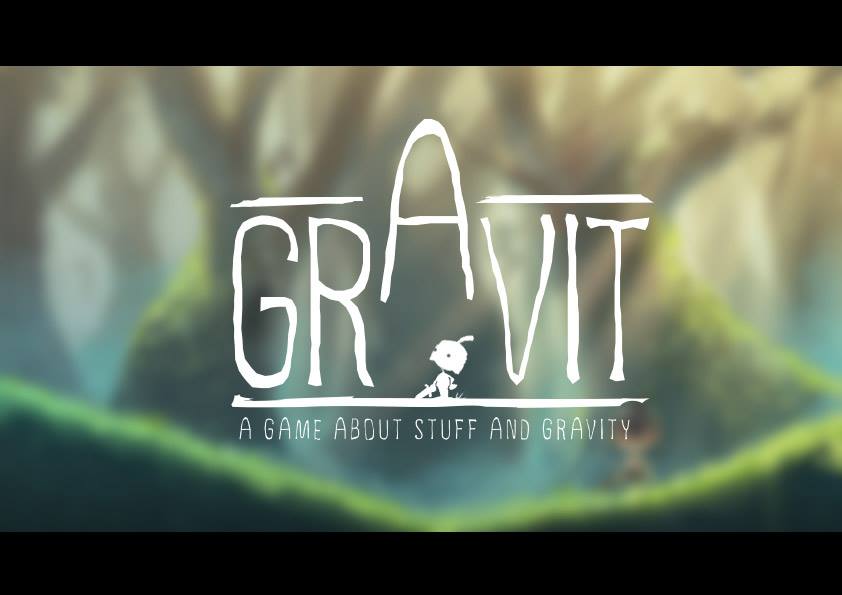 The demo Gravit has been downloaded over 500 times! For backward here is the link to test the demo:

Gravit: The Boss. And some news

Here's the video of a boss in Gravit. A new gameplay Trailer. And an interview of Uncommon Games.

Gravit: Water shield. And some news

Here is a new item that will allow you to play safely with fire!

Gravit demo is finally available. You can try out the different phases of gravity as well as the items. An hour of gaming just for you!

Here are the latest graphic work made by our graphic designer, Jean-Baptiste Casasola.

This is the pre-alpha demo of Gravit. Enjoy and leave comments!

this games art style is really odd, i think im starting to fall in love, it reminds me of braid, jurney and yoshies story. real exited to play it, good luck in the future

thanks for your reference to braid :)

Tracking and funding. Keep up the good work guys!

i don't like it, characters are ugly, graphic has no style, i'm not intrested the possibities in the game neither

yes! We are working hard on this! in less than one mounth you will access to a demo :)