Ghost Theory is a single-player horror adventure game focusing on stealth and exploration. Using a range of ghost hunting gadgets and abilities, you must investigate real world haunted places to reveal the truth behind their haunting, all the while evading the wrath of their resident evils ― or potentially eliminating them.

Although we fully intend to repeatedly scare the hell out of you, we are striving to design compelling gameplay, first and foremost. Freedom of exploration and player interaction are equally as vital to us as atmosphere and immersion, and represent the foundations on which our game is built.

Ghost Theory is very different from other horror games. You will not shoot zombies or aliens, run and hide from murderous psychopaths, or follow a scripted, linear path.

Instead, each location will be an open-ended haunted ground, with its own backstory for you to discover. But the more you explore and poke around, the more you risk angering the lingering spirits that roam the place. 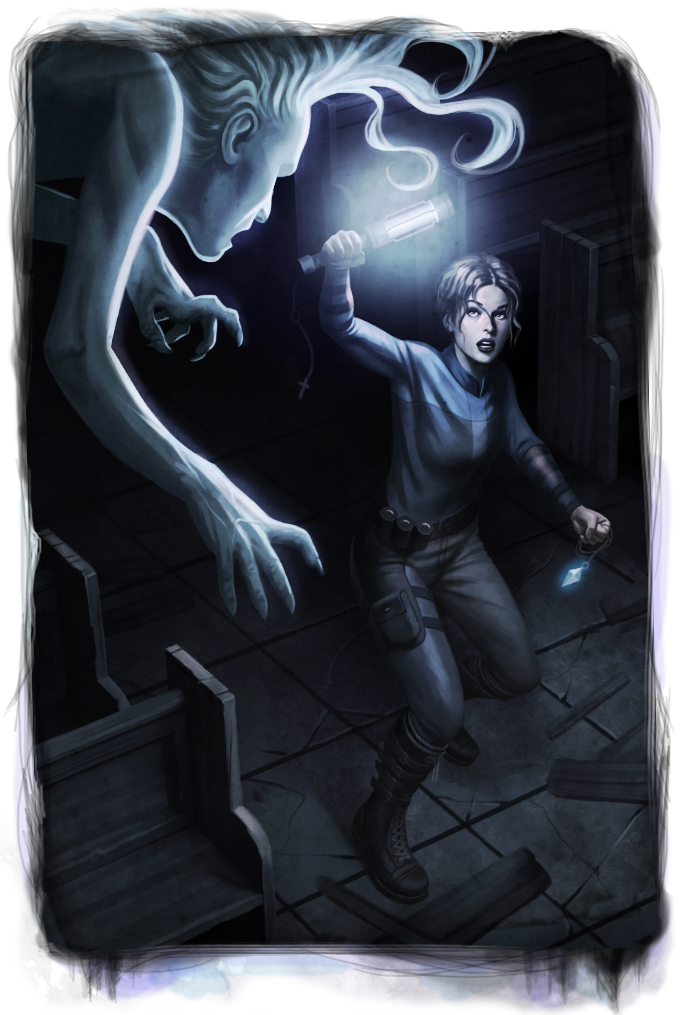 Rather than physically try to kill you, ghosts will stalk and harass you, becoming more aggressive as you get closer to your objective. Manage your stress and find a way to banish or capture them before they literally scare you to death.

You are free to take shortcuts or take your time to discover optional areas and secrets, gather data in the form of Ectoplasm samples or possessed objects, capture footage of ghost activity, etc.

Gameplay will be varied and challenging. Even though you’re a professional ghost hunter, don’t expect to run around with a proton pack on your back, shooting wildly at everything that moves!

Instead, you must rely on stealth and observation to get by, and avoid direct contact with ghosts at all costs. Invisible and omniscient, they react to your actions and choose their moment to strike, making you feel vulnerable at all times.

However, vulnerable does not mean defenseless. 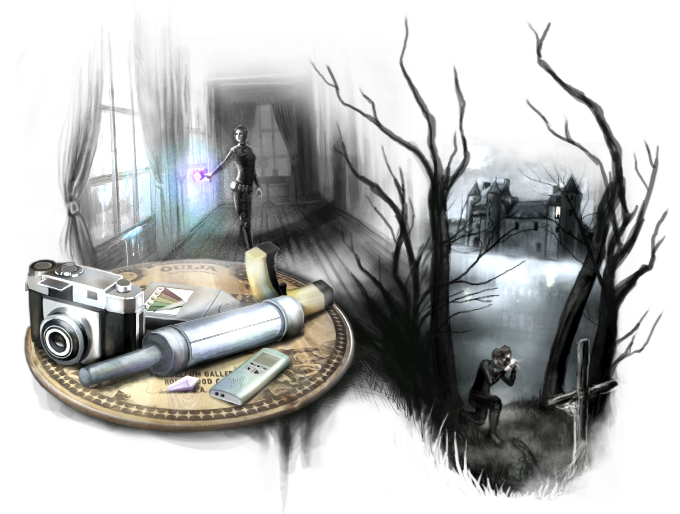 Over the course of the game, your paranormal abilities will naturally improve, and you will be able to invest in research to expand your arsenal of gadgets. But there's only so much you can carry, so you'll have to choose your loadout wisely before setting off.

The audiovisual aspect of the game is also set to receive the utmost care. Great horror obviously relies on build-up and anticipation, but also on climax: what you can’t see is terrifying, but what you do see must also be shocking and disturbing. Realism is key, and we are making sure that our environments and sound effects are as believable as possible.

To push the idea further, we don’t want our ghosts to be mere 3D models. Instead, we have been experimenting with real-life actors: captured with a stereoscopic 3D camera and using the green screen technique; they seamlessly integrate into the game and make our ghosts as expressive and spine-chilling as those of your worst nightmares! 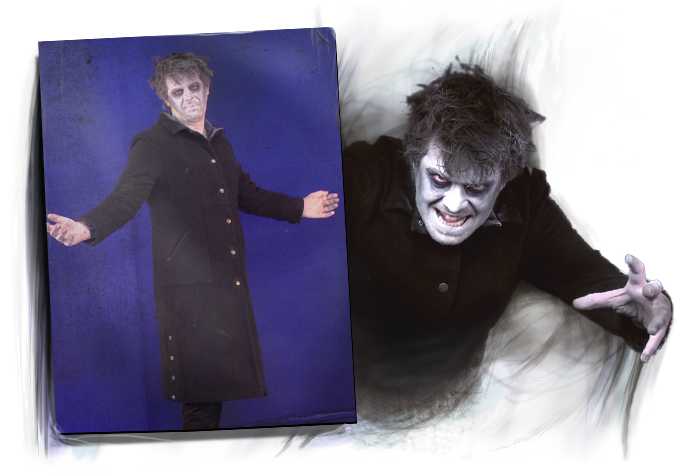 As mentioned earlier, we’ve also been doing extensive research on real haunted places and have already gathered an impressive list of suitable locations to feature in the game. We've been in talks with owners of private properties and convinced many of them to let us recreate their house and story, making Ghost Theory that much more authentic. There will of course also be a compelling narrative tying all of these seemingly unrelated cases together.

With so much effort being put into the game’s atmosphere, we also have to make your own immersion deep and uninterrupted. To achieve this, we are tailoring the entire game's design and user interface with VR in mind. No visible UI during gameplay. No button prompts, no inventory screen. Want to use your holy water to cleanse that cursed doll? Look down at your belt, count how many vials you’ve got left, and grab one. 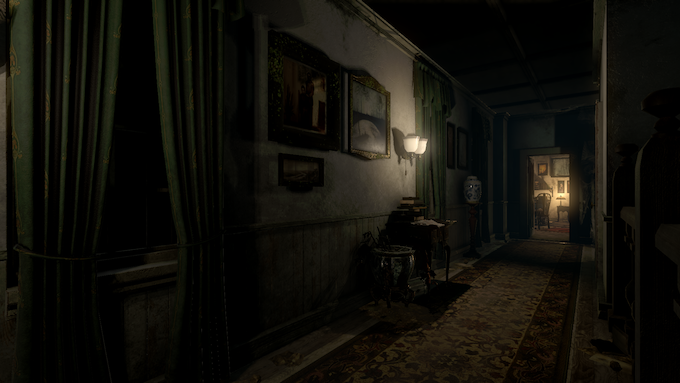 All of this will be enhanced by native development for VR headsets. We've been experimenting with Oculus Rift devkits for about 2 years now, and our game is built from the ground-up to take full advantage of this technology, offering much better results than games merely supporting it.

But don't worry, Ghost Theory will also be entirely playable without VR.

Our world is full of unexplained mysteries. Some people brush them off as mere coincidences or elaborate set-ups; others believe there are invisible forces constantly at play around us. Our stance is the latter, and we aim to explore these themes through the tale of Barbara, our heroine.

As a child, she experienced a traumatic paranormal encounter from which she emerged with a blessing — and a curse: the gift of Clairvoyance, granting her a window into the world of the departed.

Using her unique ability, she now leads a paranormal investigation team as part of a secret university research program. With each haunting she delves into, she gathers precious information and data, allowing her fellow scientists to reach new breakthroughs and get ever closer to solving the eternal mystery of the afterlife. 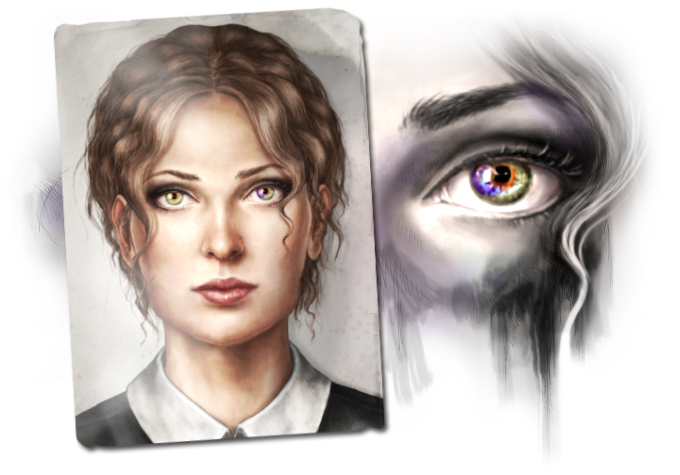 Many things have happened since we published the first info about our game concept here in January. We were utterly electrified by the wave of positive feedback from you all. It was priceless to see you so charged about it. And, because you kept sending us messages asking for more updates, we've decided to share some exciting news that happened since you last heard from us.

Our Kickstarter campaign was a honey-and-butter success in the end. Sweet and creamy. Over 2,200 backers pledged enough money to keep production of Ghost Theory on-going. So a big thank you for all your attention and support. After the end of Kickstarter campaign, we built all necessary online tools for our backers to stay involved and launched the game’s pre-order page to welcome in more.

The concept of Ghost Theory is rammed with newfangled features which need to be prototyped and properly tested before we can move them into full production. Probably our boldest experiment lay in making the ghosts for our game.

We are experimenting with stereoscopical footage of live actors instead of 3D models. The footage is then integrated into the game’s 3D scenes. We've already achieved some breathtaking results with this, especially when playing in VR, but there are still a few issues left to be solved. We aren't hiring professional actors or makeup artists at this stage. We’re doing everything by lonesomes for now.

Sadly, based on our prototyping outcomes, we came to realise a different engine will be necessary to develop at the appropriate quality. We quickly accepted that change would be inevitable, so there was no point in waiting. CryEngine turned up to be the ideal choice for us, both technologically and financially, and so we’re now in the process of transferring everything to that engine and getting to grips with operating it. 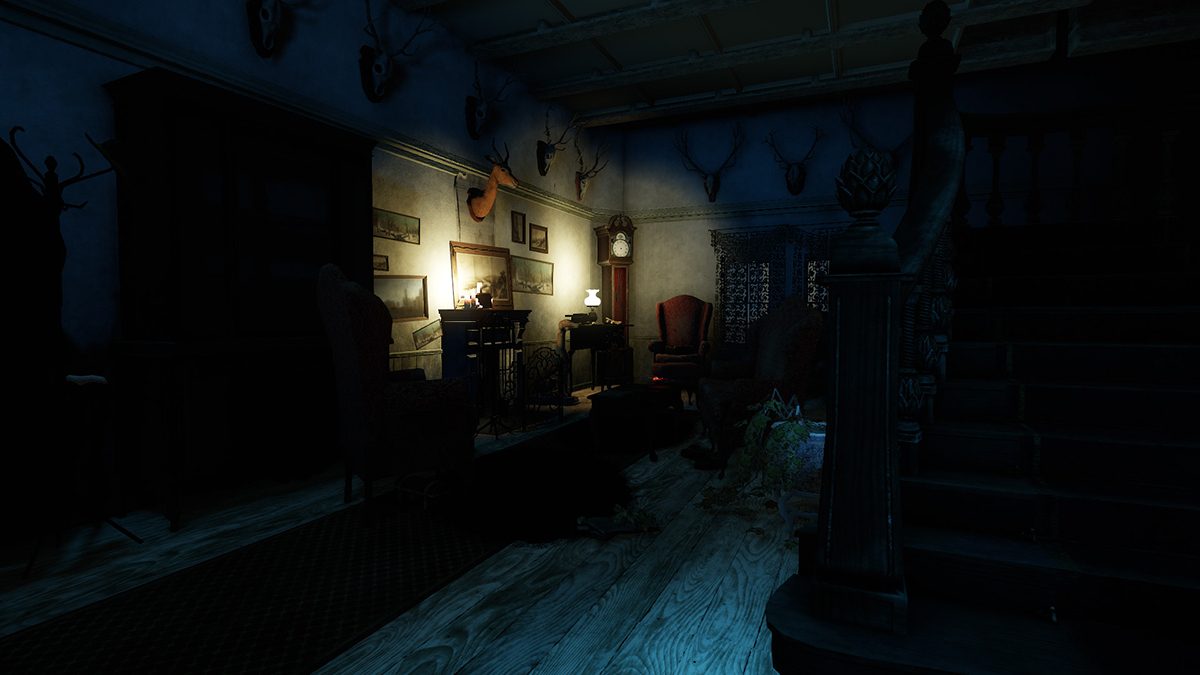 Last chance to vote for us in Crytek’s Dev Fund

We were always open about the fact that a successful KS campaign would cover just a small part of Ghost Theory’s overall budget. We explained our situation to Crytek’s representatives on and they suggested that we submit Ghost Theory to Crytek’s Indie million-dollar Dev Fund. And so we did just that.

It means there is a new way of how you can support the game and this time it is completely free! The brilliant idea of Crytek’s Indie Dev Fund seems amazing. You express your support by likes, while Crytek is handing out the money. So if you like Ghost Theory, don’t hesitate any longer. Visit our Crytek’s Indie Dev Fund page and support the development by voting for us. Any extra funds mean extra resources we can use to make Ghost Theory the way we – and you - want it to be. 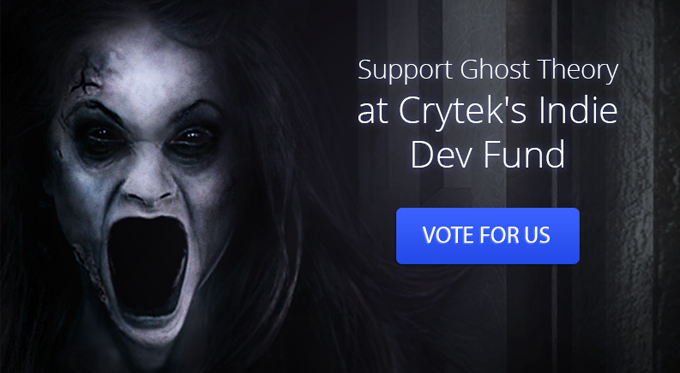 Before we left our previous engine, we did successfully develop a playable demo prototype and took it to Gamescom to present Ghost Theory to possible business partners. We decided not to publish the build itself because it’s not polished and we didn’t want to spend more development time building a demo on an engine that we'd already left behind. Instead, we’re going to publish a walkthrough video. That will be coming soon in Ghost Theory’s next Kickstarter update as well as here.

Gameplay will be varied and challenging. Even though you’re a professional ghost hunter, don’t expect to run around with a proton pack on your back...

The future of our new game Ghost Theory lies in your hands.

Wow, this looks way cool, I love that you can have a camera, is this project still alive?

Looks like its gonna be a very good game im excited!