What is Diversitas?
Diversitas is a space survival/exploration game seeking to take everything to a whole new level. We want to give the player the ability to choose how he or she is going to survive in this lonely envirioment. You can extract material from asteroids, build space stations, drive ships, terraform planets, explore the infinity, keep fed and hydrated. The universe is your playground.
The story
A simple yet ambitious plan, to terraform planet Diversitas. About 1.25 trillion dollars were invested into this project, ships were built, colonizers were trained, scientists were hired; And it all failed. On the second year following the route to Diversitas, one of the main nuclear engines of the mother ship "Infinitum" exploded, as far as you know you are the only survivor. Alone in space, no communication, no people, luckily you have enough food and water to sustain 250,000 people for 120 years, the problem : its scattered in a 250 km radius. Keep your self hydrated, fed and healthy by scavenging for supplies in this open "universe?" survival game, fight radiation, space anomalies and corrupted robots. Find a way to communicate with earth; build a space station ready to defend you from space threats. This is Diversitas.


We want to take everything that could kill you in space and put it into the game, things like extreme cosmic radiation levels, solar eruptions, black holes, corrosive space dust, and much more.

BUILDINGI have been working on the building feature!

Diversitas will feature a rather interesting building system...
Your main task in Diversitas is to surivive, but in order to do this a space station is a must, a must!.
Building a space station will require metal, which you will get from mining asteroids(more on that later). Once you have metal you can start building modules, each module will have a unique function that will make your space station suitable for all your human needs, space exploration and resource gathering. Modules
Science Lab: use this module to conduct experiments testing different substances, improving your power source, create medicine and much more!
workshop: repair your suit after a hard day, craft a space ship or vehicles, make gadgets and weapons.
Bedroom: sleep and stuff
Living room: stop depression with a nice place to hang out
space dock: park that cool ship in here!
gas and oxygen depo: take an oxygen tank before going out there!
Kitchen: keep yourself hydrated and fat in here.
Communication center: check the map, try to reach someone and get a rescue.... try

There is not a worst feeling that knowing you have left over 250 people down and disappointed. People that trusted you and your project, people that trusted your with money. And I know saying I am sorry is irelevant is such a critical situation, but I mean it... I am sorry. To those that bought Frozen Nightmare/Diversitas we are offering as a compensation an Infinite Pixels key or a refund. Contact us to teamsomnio@gmail.com with your choice.

Thank you for reading this

To anyone who backed Diversitas

We will be posting the progress the game has made every week! and to startup us up here is post 001: I have been working hard on the game envirioment...

WE NEED YOUR HELP ASAP

This game needs help ASAP, your help, we need to spread the word of the game and the indiegogo campaing. Saddly i have run out of money, quite literally...

the game has drastically changed in the past few weeks, so its time to update you with all the info you need.

So... what the hell happened to this game? I bought a survival game set in a cold winter wasteland, and now it's turned into some sci-fi sandbox that I can't actually play? I would love to get a refund!

What sort of Universe will be in this?
Infinite random planets with AI/NPC lifeforms and trees/water, etc or just a set number of planets/star systems?

I will be sending a second e-mail today requesting a refund. The first was ignored without a reply. I've contact Desura, and lack of further action will lead me to contact authorities about BOTH DESURA AND DIVERSITAS. Get your head out of your ***** boys. Making a mod does not equal being a game producer. When you take money you have a obligation to provide said product or a full refund. When you realized you couldn't complete this you should have refunded everyone's money to begin with. Immature and Amature. You're now stealing from people. (Yes, I know it's 'only' $10, but it's the point more than the money.) As a side note, I really don't give a **** if you're starving to death, you took what wasn't yours, it's called Karma. You have 10 days to respond to my email or I WILL contact whomever I have to.

To add to it... they aren't responding to email(sent monday the 19th of August) requests for refunds. Nice. Ya know.. when you TAKE money, it's no longer a hobby, and you OWE people the product that they paid for, or a refund. I'm sorry for your financial issues, but I didn't "donate" to YOU. I attempted to buy a "game" in production, which you have now abandoned. Essentially(Until I recieve a refund), you've stolen from me(and others), albeit under the false promise of providing a product.

Desura should remove this game. As it is they're selling abandonware.

I am really starting to lose faith in backing indie developers, I will start to wait for full releases and no longer give them my money for alpha games... Can we still get a refund?

At least I will no longer support such early stages of development...
Some games in the last 2 months told me that lesson...

forget about these people, they're scammers, frozennightmare started a game, then decided that left him and started the diversitas this, then also left him and started the infinite pixels, that if not returning the money to the people who had bought the previous ones, or giving a free key to infinite pixels previously had paid for their games scam

any news.... ?
Seems like you removed Infinite Pixels from greenlight- is it the same story as with Diversitas?
Also you promised to keep us updated with IP access to updates- i can see version is 0.6 already yet the most recent you sent to me is 0.3....

thx for sorting things out

great game, the concept, the base were the game is fund is just epic, i expect this game to be a colossal hit and i hope people dont get discouraged to buy it for reviews like the guy that gave it a 1 just because his nephew is a literature genius. looking forward to new updates, so far the gameplay has been excellent, running around this huge terrain finding meat, water and medicine while you have super humans behind your back trying to kill you is just great. Keep up the good work frozenstudios 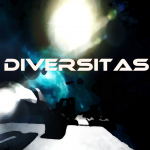