This week we show concepts for the Fist of the Ancient and discuss the unit's abilities and function.

The last unit I introduced/showed concepts for was the Laperian Grenadier, the Fist of the Ancients is the Children of the Ancients rough equivalent. There will be no directly identical units between the two factions, rather we are focusing on general roles and then trying to come up with interesting units to fit them. 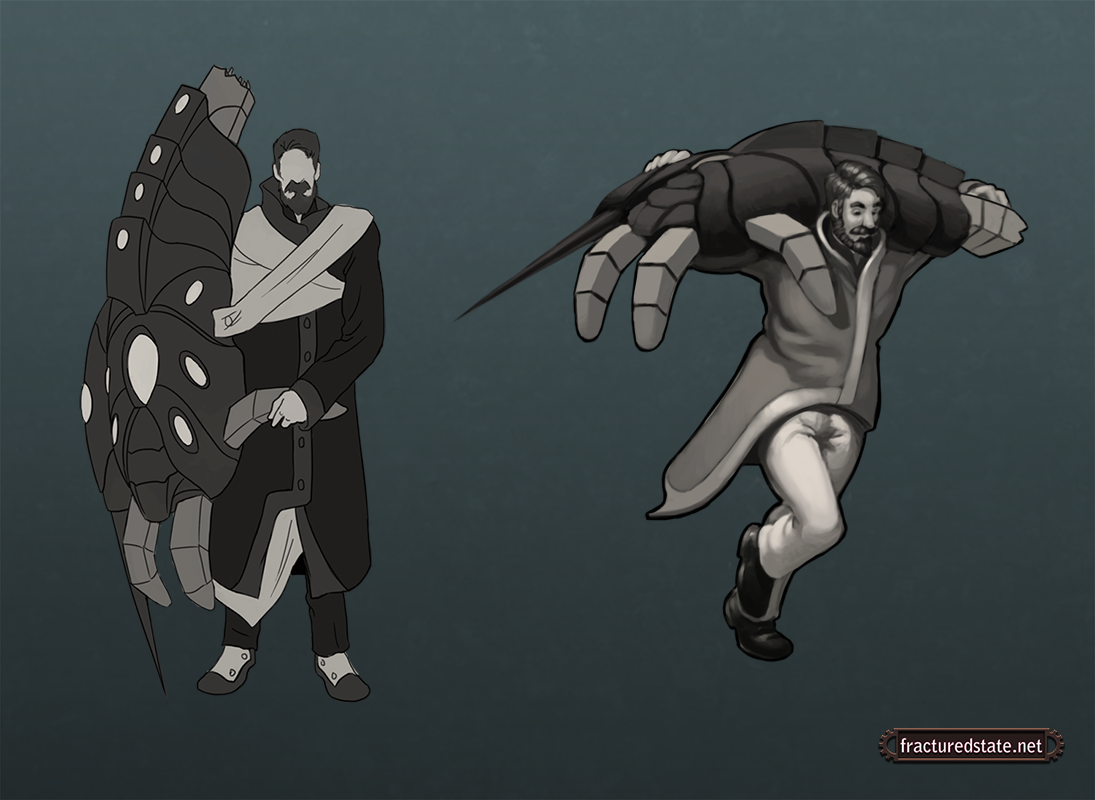 That being said this is the first AoE unit for the Children of the Ancients. The Fist’s attack is generated from the spike at the end of his weapon. It sends energy coursing underground towards the target and when it reaches the target it explodes upward sending out debris and bolts of energy. While this attack functions perfectly outdoors it suffers from reduced effect indoors due to difficulties with materials used in construction and airspace from lower floors. In game terms this means the damage and area of effect are reduced.

Clearly this unit is a dud for building assault or defense then right? Not necessarily- the Fist will have an ability that applies a blinding debuff in an area. He channels energy to the tip of the spike and releases it in all directions creating a brilliant flash to blind enemy units.

The Fist also benefits from have a decent base armor value due to the weapon he carries. Sometimes it is just hard to shoot at a target behind a giant severed Golem forearm.