Fowl & The Great Ball of Fire

The Devil is missing and it's up to Fowl and the Great Ball of Fire to leave hell on an epic quest to bring him back. Fowl must roll the Great Ball of fire through various puzzles, areas, and obstacles before all hell breaks loose!

I am a solo developer and I work on this game on my spare time. This week I worked on a few new gameplay features. First was the incorporation of treasure chests. In the game there will be chests / misc. containers that have treasure inside of them. I wanted the treasure to be shown momentarily before getting picked up by the player. I also didn’t want the annoyance of having to press and buttons to collect treasure. 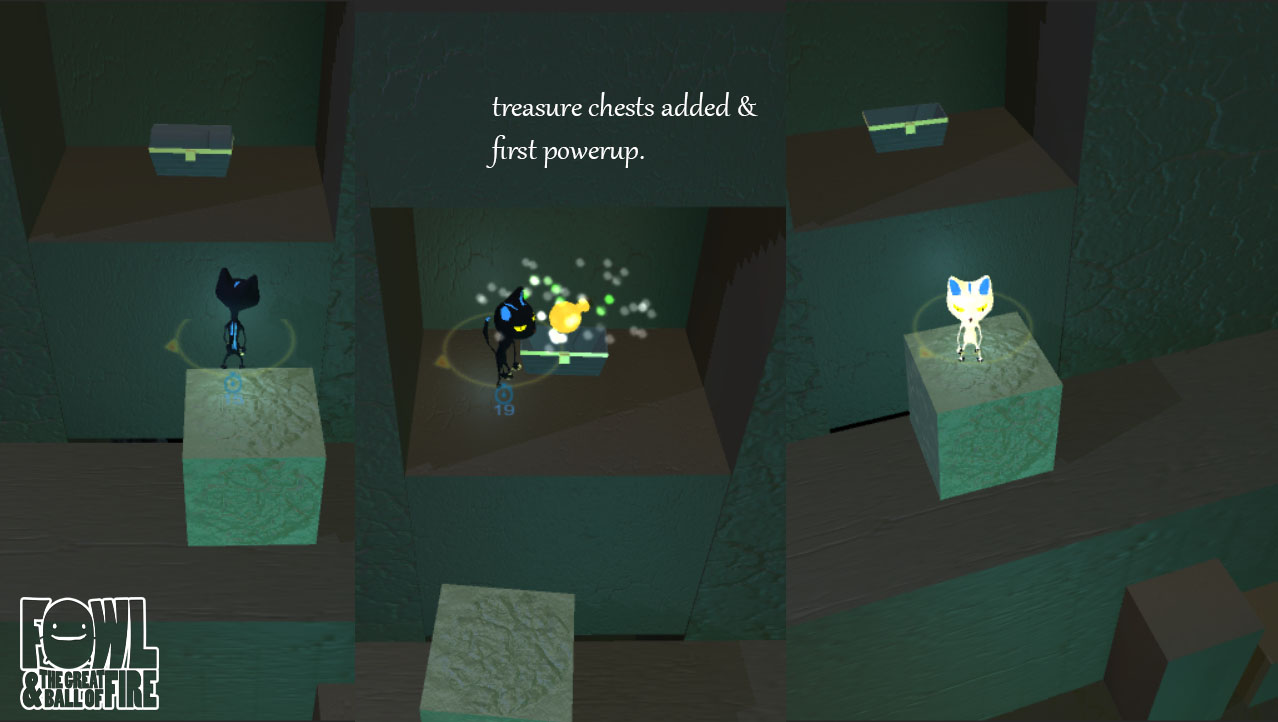 The first piece of treasure is a powerup item called a hellfire potion, the potion ignites Fowl with hell flame and gives him the ability to move around freely without being close to the fireball. 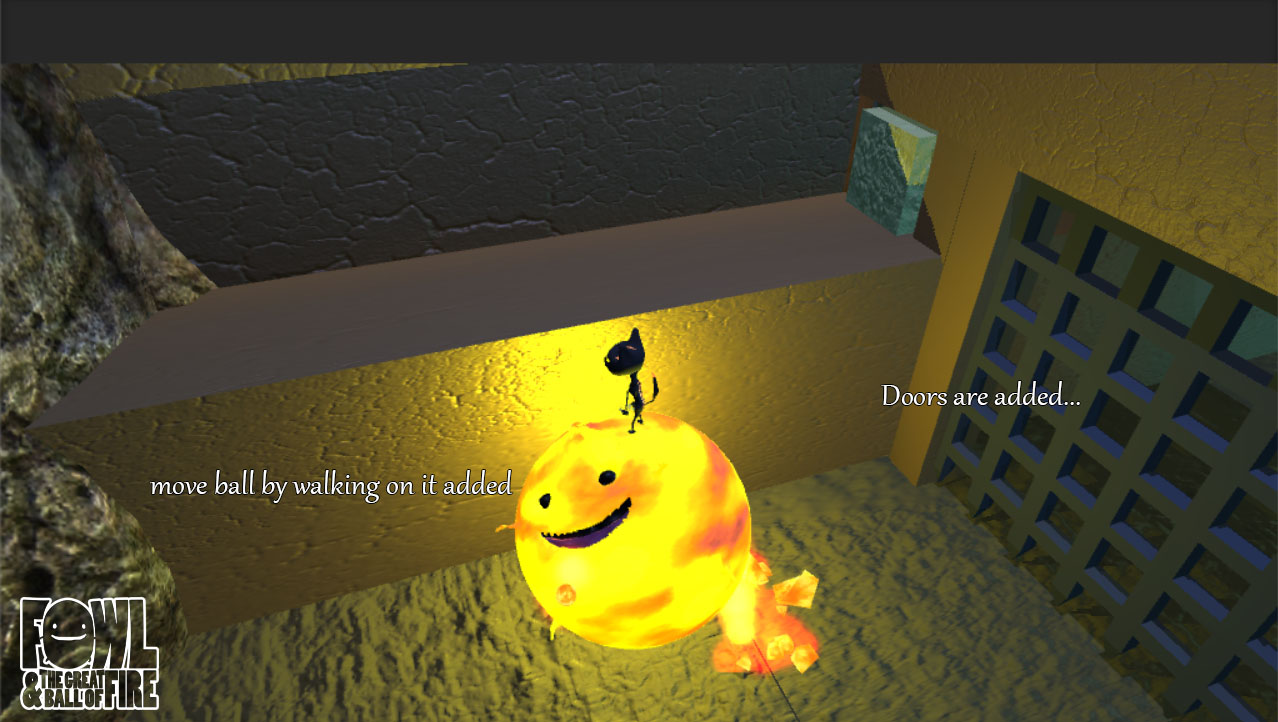 The next up was doors. Previously I would animate the door mechanics in blender and then export the animations in to unity, but this time I used the animation timeline built in to unity to animate the moving pieces, it’s very easy to use and the properties system is really wonderful to work with. I can time things perfectly and it’s easy to go back in and just make small edits on a whim, I don’t have to go back in to blender, animate and export saving a lot of time. 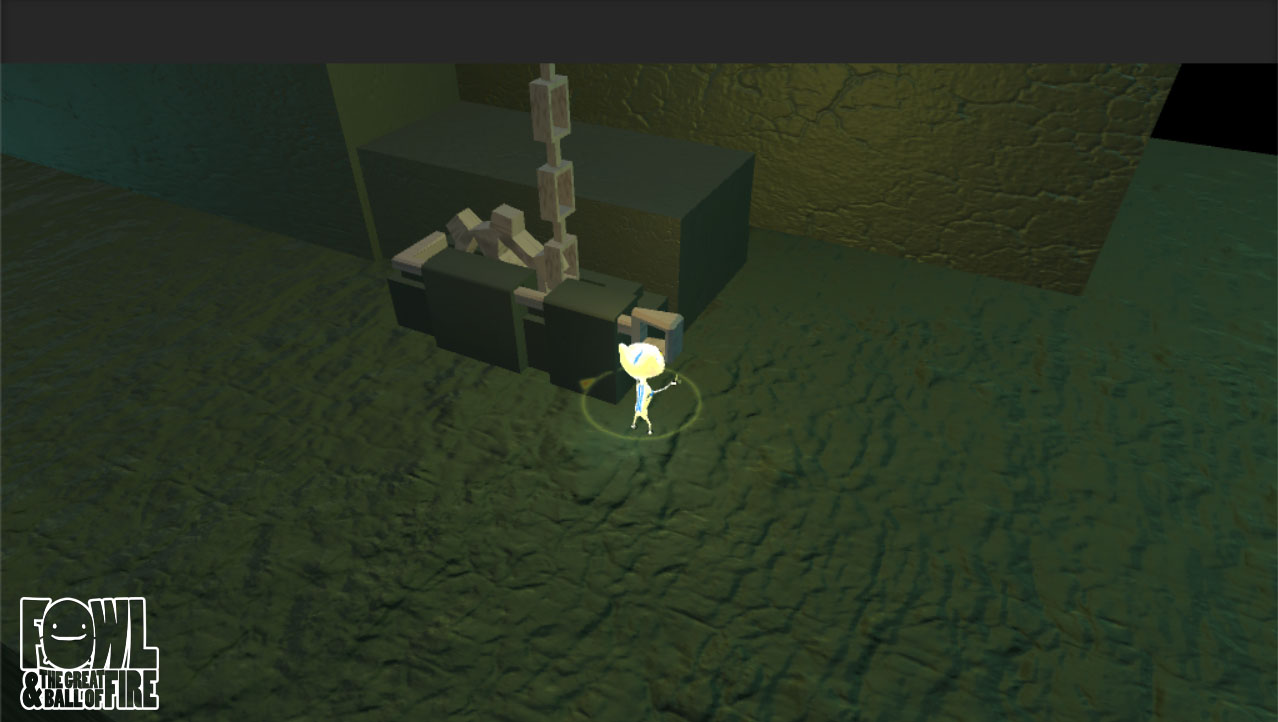 The door system works with an invisible button, the player has to press the use button to move a lever and the levers open doors.

I also started thinking about the environmental design of the game in more detail, in particular the first area of the game. I want this area to be a tutorial area without any cues or dialog windows or tasks to be completed in any particular order.

What I came up with is a small logic puzzle, the player will eventually figure out the ball can be jumped on and rolled underneath Fowl. The ball then acts like a ladder, get to the ledge, move the block, which then can also be used as a ledge to get treasure, that treasure allows the player to move without being tied so closely to the ball, allowing the player to reach the lever mechanism that opens the gate which is blocking the ball, then the ball can be rolled farther in to the map.

I also worked with particles for when Fowl walks in waterways in the game. 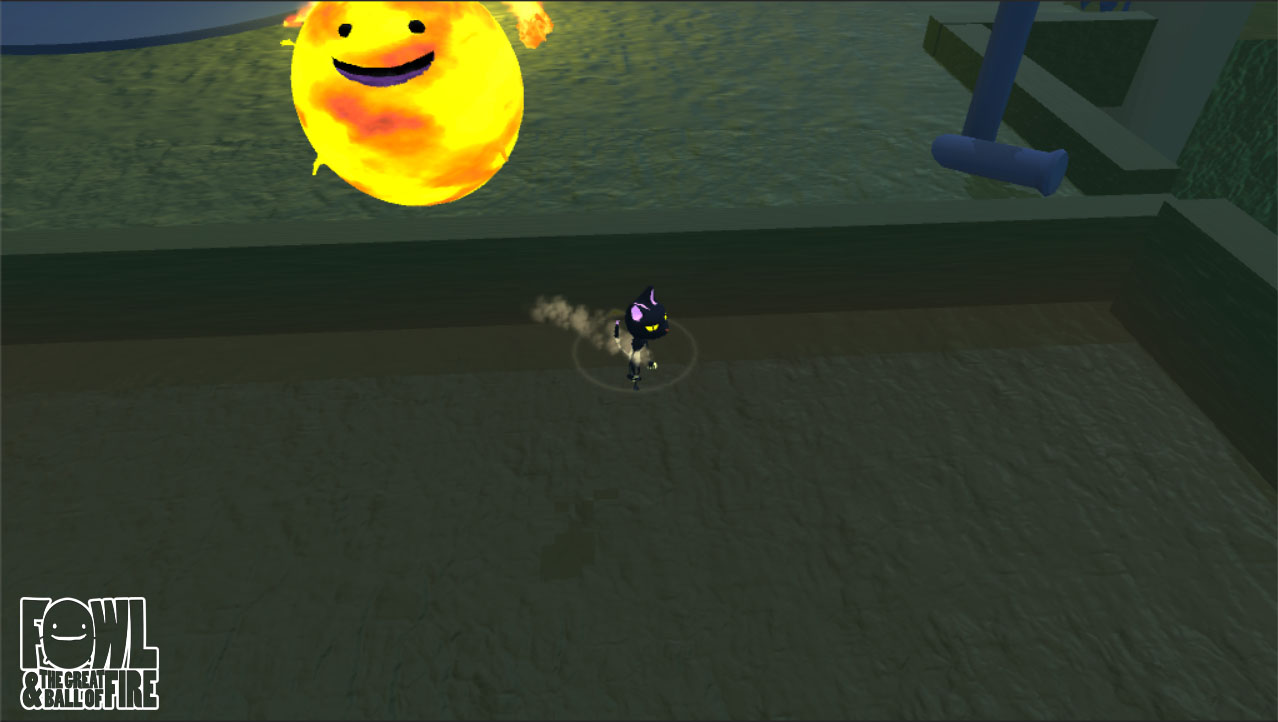 That’s all for this week, I pushed back working on the enemy AI because it’s not as important as getting the basic gameplay rules and features in place. I’ll continue working on the save feature as well as the checkpoint and how death works in the game. I made a skull for the fireball and so next will be creating the death animations for both characters. 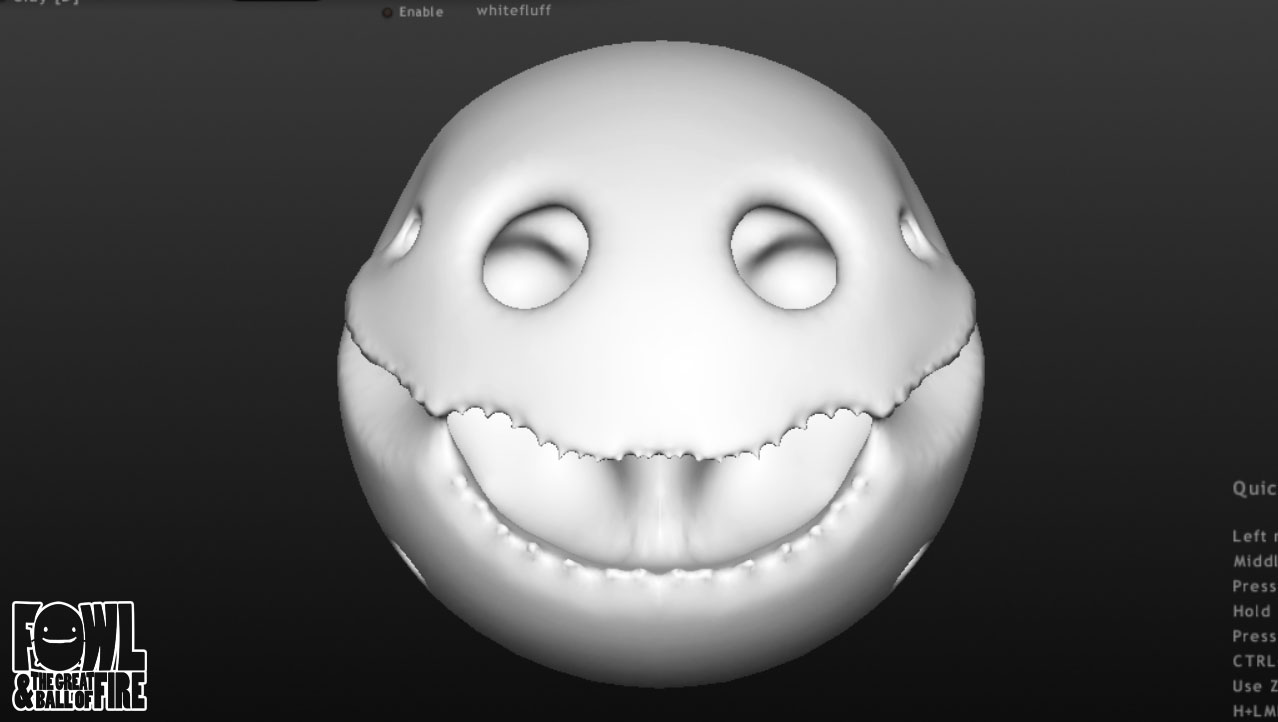 Things I did this week for the game include character models for supporting cast, new health bar and in game indicators for navigation and the scripts...

Fowl & The Great Ball of Fire

Quick Blurb about the game and what players can expect.

Indie
Tags
Embed Buttons
Link to Fowl & The Great Ball of Fire by selecting a button and using the embed code provided more...