Forbidden Forgiveness is a new psychological horror game, the story depends on multiple dimensions where you’ll be able to travel between them at anytime and what you’ll do in these dimensions will effect the story and the Gameplay, the game is heavily depends on multiple Endings. And you’re not defenseless you can defend yourself from the Unknown but sometimes you can’t, so you’ll have to run, the game contains a unique puzzles with a new way to solve and they are not easy nor impossible but expect some challenge, there are Boss Fights but they are not just having more guns, ammo and health packs to kill them, you’ll need to solve a puzzle or do something to be able to damage\kill them.

Thanks for voting and helping Forbidden Forgiveness on it's quest to become the 2021 Indie of the Year. You are now in with a chance to score some free games. Help this game secure more votes by embedding the widget (or link) we have included below on your favorite sites. 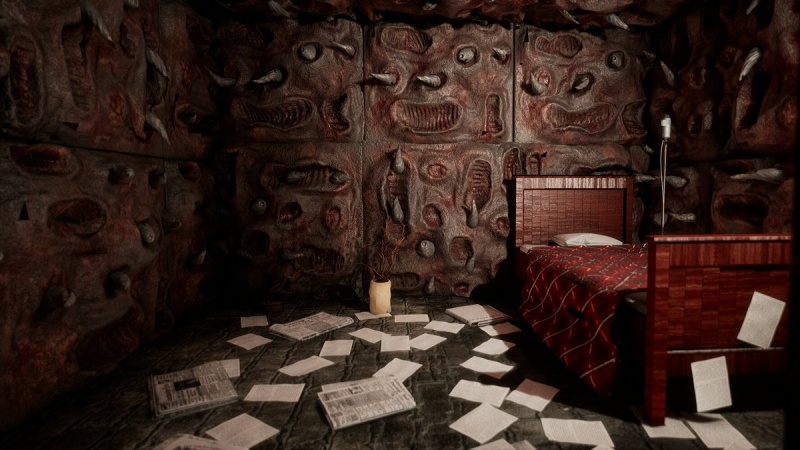 If I had a nickel for every first person horror game on PC, I would be so unbelievably rich. I could retire to a private island and spend my remaining days watching Food Network shows on Netflix and golfing. Or whatever it is that retirees do. Instead, we just get another first person horror game for PC, and I don’t get a nickel. Oh well, this one looks pretty cool at least.

Developed by Geeky Mouse games for a release in late 2018, Forbidden Forgiveness looks to innovate on the first person horror genre more than some other games we’ve covered here. As players progress through the game’s story, they will be able to navigate different dimensions. Choices made in these dimensions will have consequences throughout the narrative, including multiple endings. Details on the story itself are scarce at the moment, but this mechanic does sound much more promising than the linear walking sims we so often get with similar titles. I truly hope the developers can deliver an experience that stands out from the rest of a crowd that seems to be growing by the day.