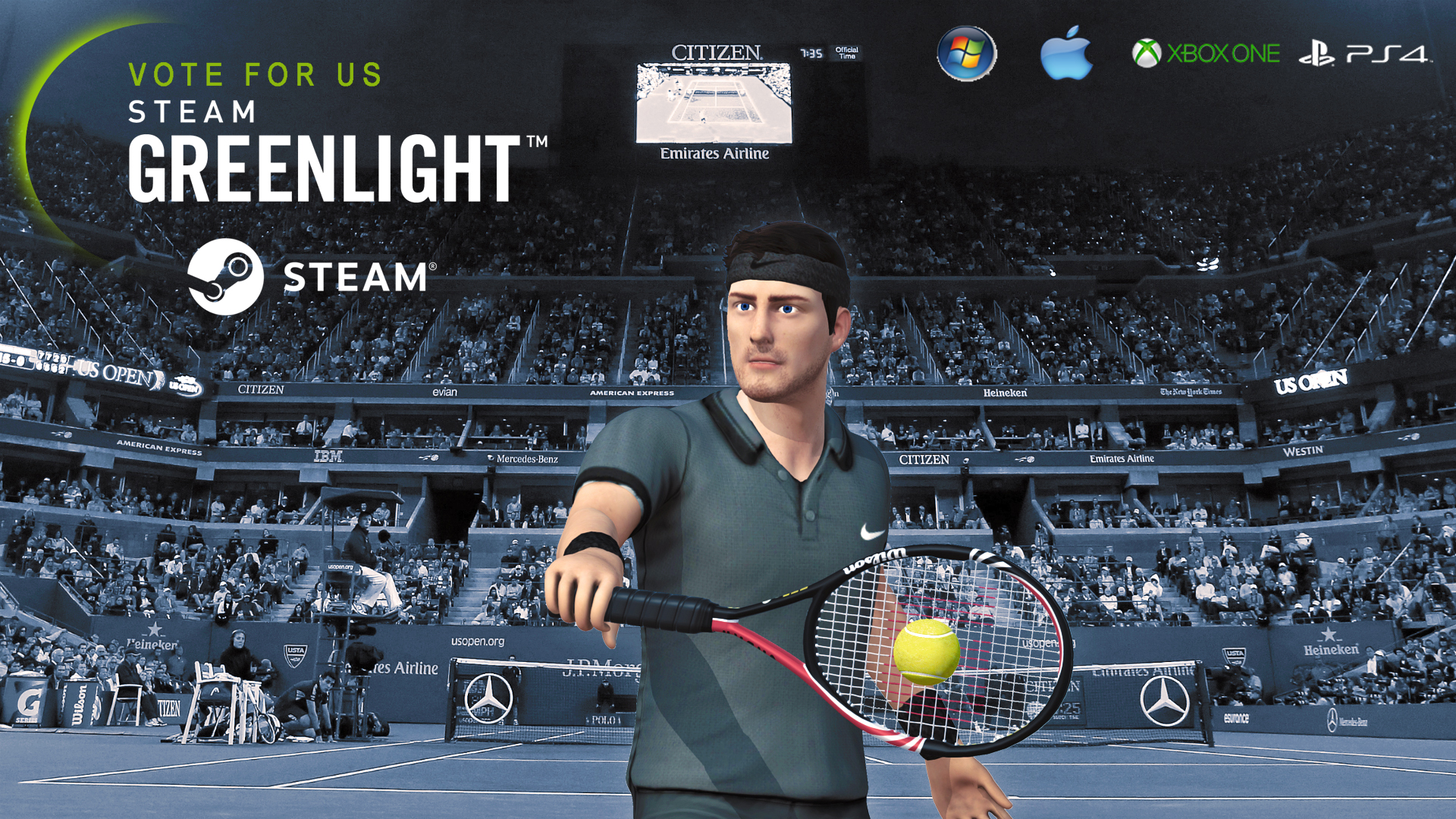 Compete against 50 real players in 13 stadiums around the world. Try 3 different camera angles and a first person perspective for a realism ever seen

FEEL THE BOUNCE: Adjust your shot in different stadiums and environments as you compete on clay, grass, hard or indoor courts.

BE A CHAMPION: Pick one of 50 real players to compete through full seasons of competition around the world. Win matches to rise in ranking and reach the World Tour Final.

EYES ON YOU: Listen to a real time english TV commentary.

Freedom, the reasons why an indie company like us chooses a Kickstarter campaign over a publisher of some sort should be familiar and fairly obvious: We get to keep our artistic freedom, and we're not bound by corporate contracts. Going this route doesn't exclude the possibility of us taking on a publisher after the Kickstarter campaign, if we see a use for it.

Be part of the game Beyond an artistic independence, Kickstarter also offers us something more: It gives our fans the ability to be part of the development of Visage through the rewards section and through the campaign itself. It also helps us better understand what people actually want and expect from our game. This chance to get input from the community and creative contributions from supporters of the game is a huge part of what makes Kickstarter really attractive to us ;).

To promote First Person Tennis - The Real Tennis Simulator and grow its popularity (top games), use the embed code provided on your homepage, blog, forums and elsewhere you desire. Or try our widget.

WWG( World Worms Games ) - is a 2D, Top-down arcade sport game, with the worms as the main characters! Participating in tournaments, training your worm...

JukeGAME is a multiplayer .io game in which you need to capture the flag. CLASSIC: You play on either the red or the blue team. Your mission is not easy...

CapRiders: Euro Soccer is an arcade online and local multiplayer soccer game featuring 12 playable european teams that can be played by up to 22 people...

Aggressive hockey is back in town! Experience hockey the way it was meant to be played in this old school arcade style hockey game where blood on the...