Choose one of the fantastic races and join a mini battle in which the main task is to defeat the opponent by storming the castle. The alternate purchase of troops, which develops during automatic combat, also develops the race itself. After the battle, you can improve each type of troops individually and the race itself, check the progress of simple tasks and the progress of the combat pass. The studied abilities of the hero will help you in the battle, and his customization will make him unique.

Join mini battles with friends on public transport, on the couch or in the toilet =)

ps, write a review in the market - I will be grateful)

We walked for a long time, and finally came. We were met with the door closed. This was expected because the game is similar to MineCraft. I had to prove and compare for them that this is not a "mine". In response to the failure of the plan and the accusations, as well as the negligence of the agents, we will try to get into the beta market on the PC, well, or whatever else we will ask them for. To which they will say no

We had to raise the system requirements for android-based smartphones - why?, but just like that 😎 In fact, we made a comparison with WoT Blitz - and as the tests showed, we have a less loaded application - but it was like that before, now it is unknown... It is necessary to test again. Of course, potatoes are the gods of optimization, but we also try.

I want to write more about optimization, but so far there are no significant results. As soon as it is, I will describe everything in more detail.

What a session game without a battle pass... At the moment, the pass is scarce and available to everyone. In the future, when heroes and cosmetics for them appear, the pass will be filled with rewards at each level. The pass will not be divided into premium and regular, it's just that progress can be earned only in multiplayer, and it will be paid in the future - through a premium account. You have to pay for servers. 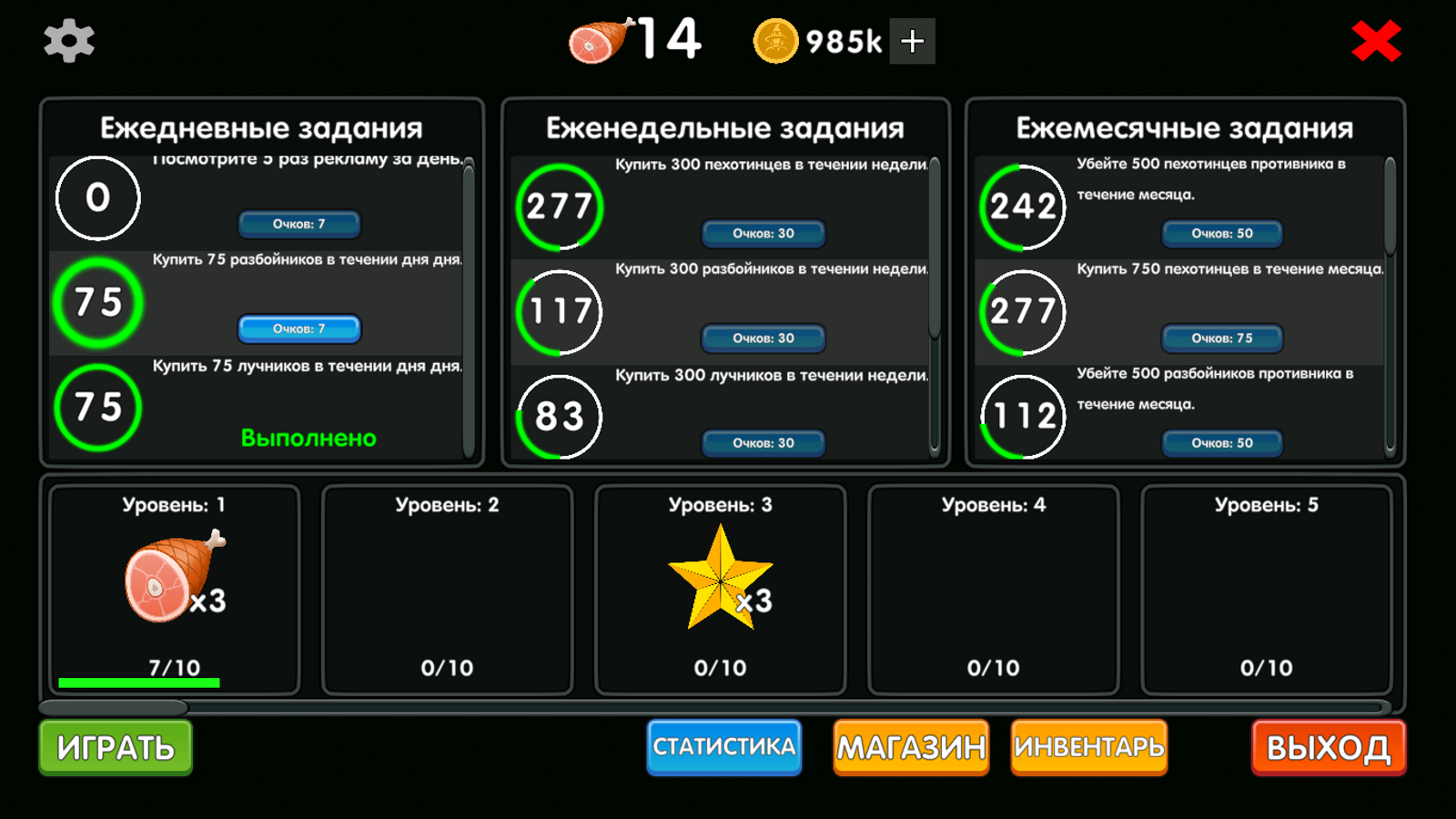 The questions are simple and are given in random order, which are divided into 3 types: daily - 3 questions per day; weekly - 5 questions per week; monthly - 10 questions per month. The higher the type, the greater the reward - progress in battle pass.

As previously mentioned, all the beauty and sounds will be added later - it's not very difficult, now the priority is the stable operation of the systems and the game itself.

And now, the time has come to the picture! Added a weak post-processing: a little bloom; color correction; antialising; and something else... The picture has become softer and more pleasant to our eyes. 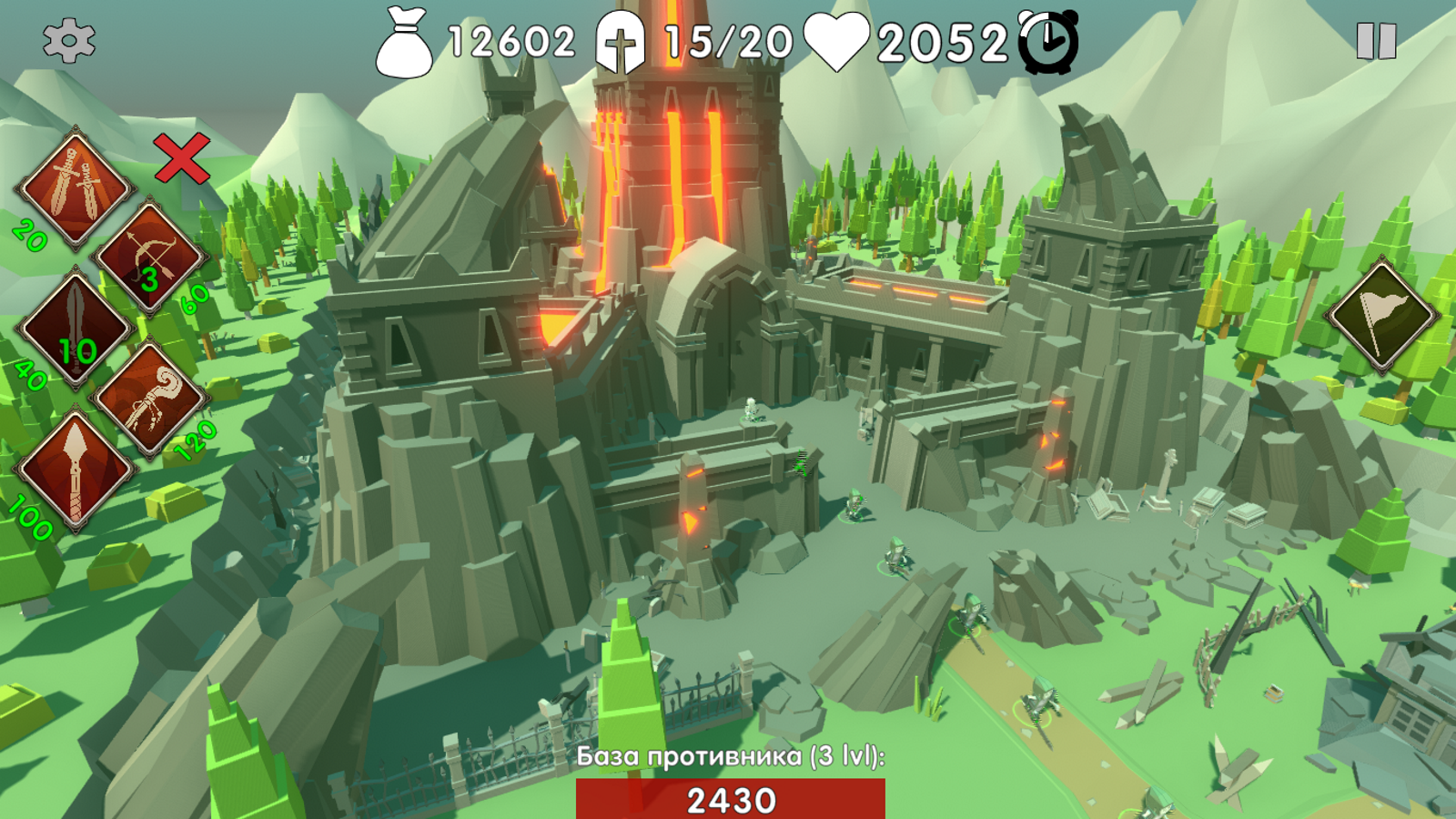 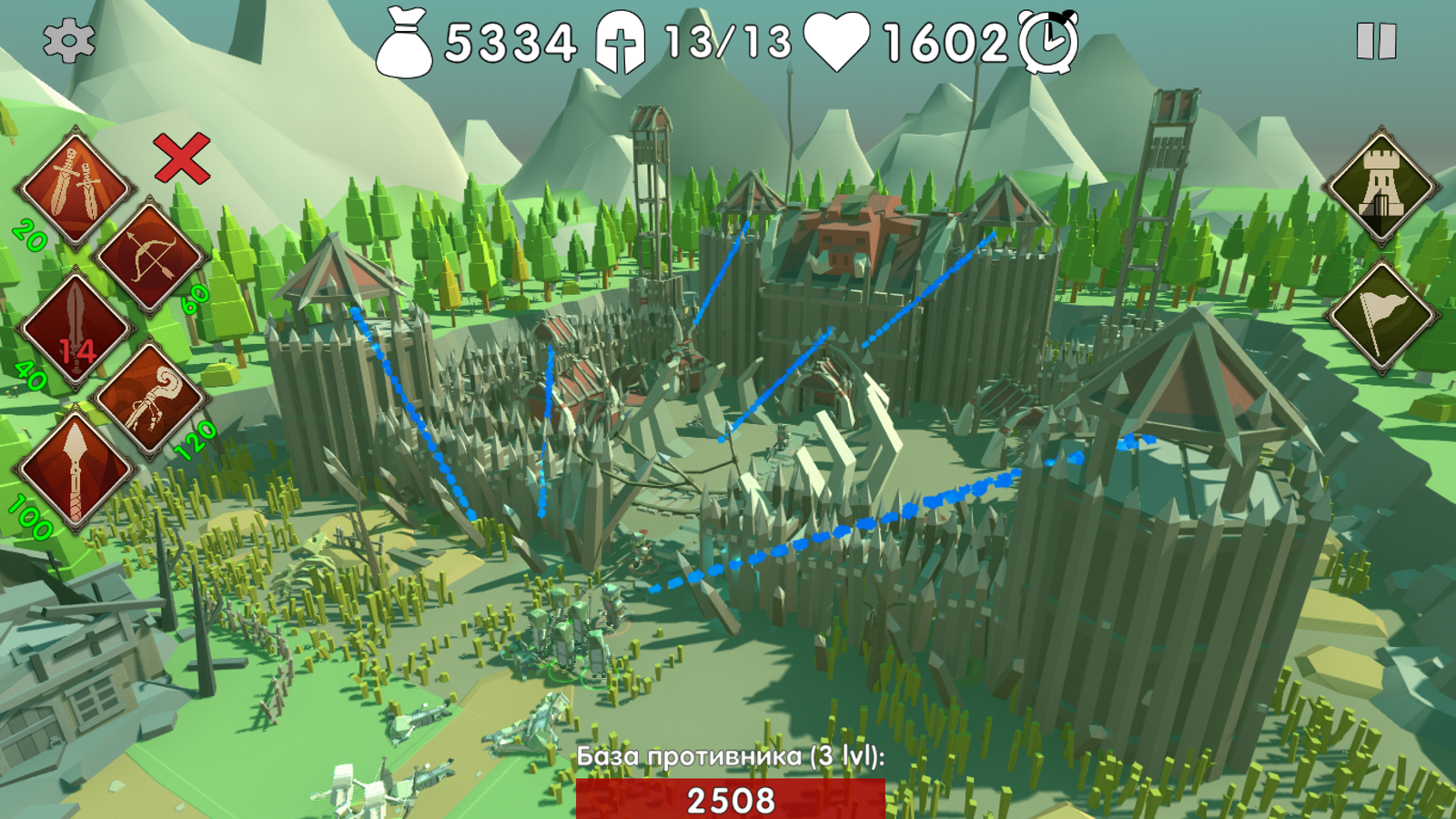 Write your opinion about image processing - we will change it if something is wrong.

We know, we hear, we see that it is difficult to navigate - where is which base. The first steps to simplification are colored illumination behind obstacles and a colored circle of choice of warriors (green is one's own; red is a rival). 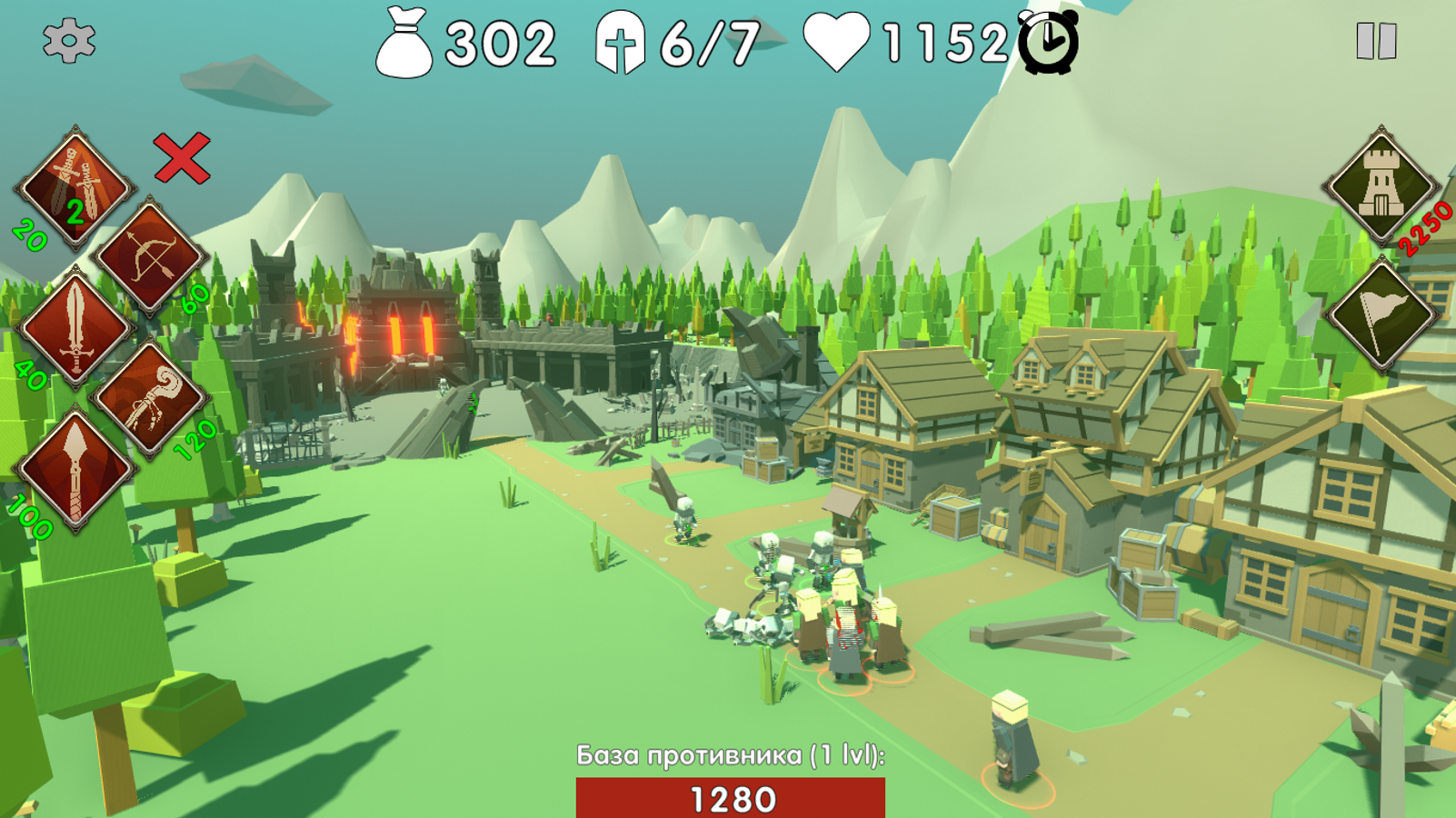 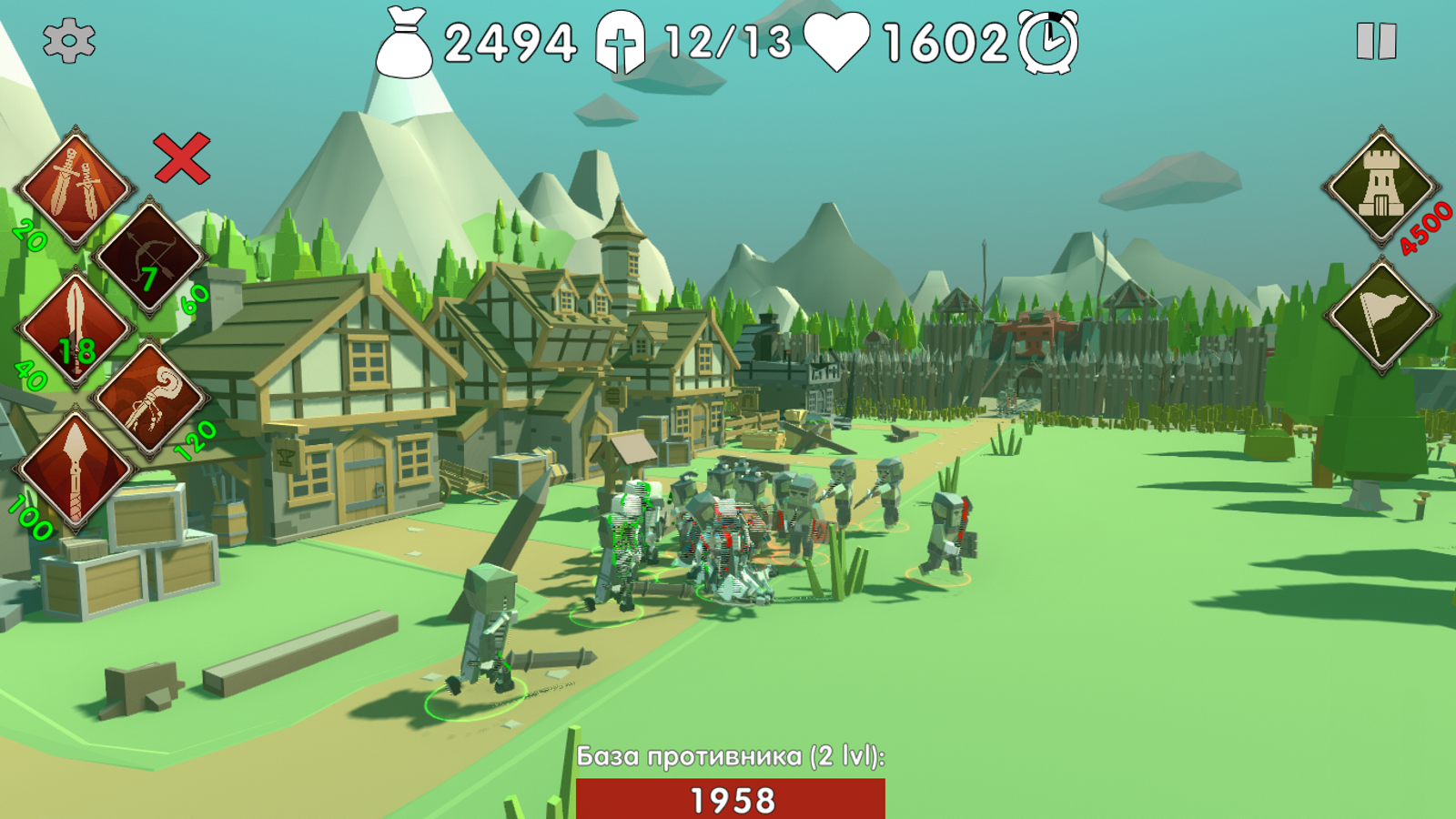 These are the first steps - then we will change the bottom panel for convenience and future use.

Tell me, is the circle of choice not too dim?

The list contains old items from update 0.25. The reason is simple - the update was not planned at that moment, they wanted to roll out a big patch - and this is it.

Also, new items have been added to the store. The activation of the reward from the combat pass is automatic, but perhaps this is a temporary solution. Tell me, which is more convenient for you - what would fall into the inventory, or auto-activation? 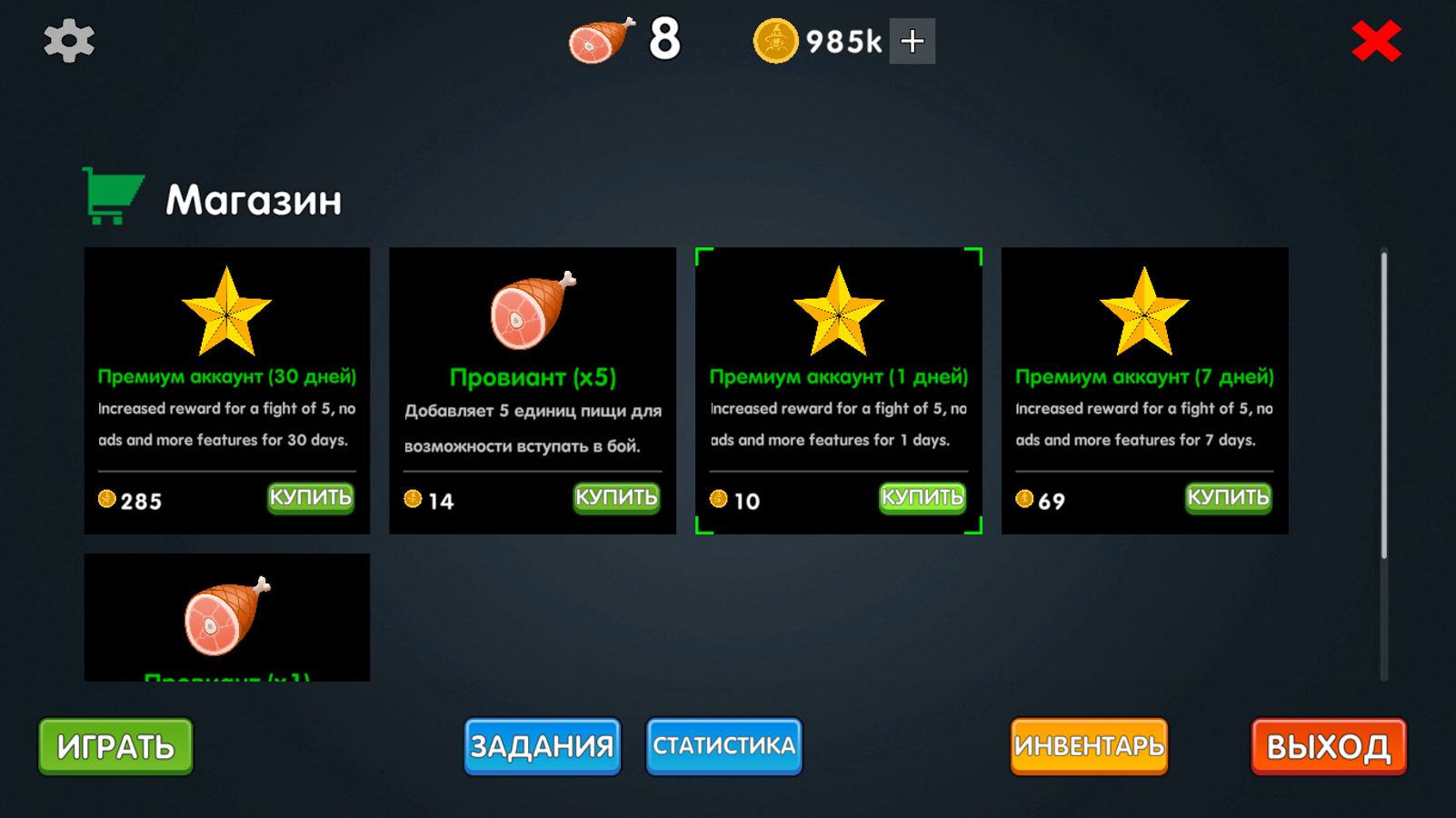 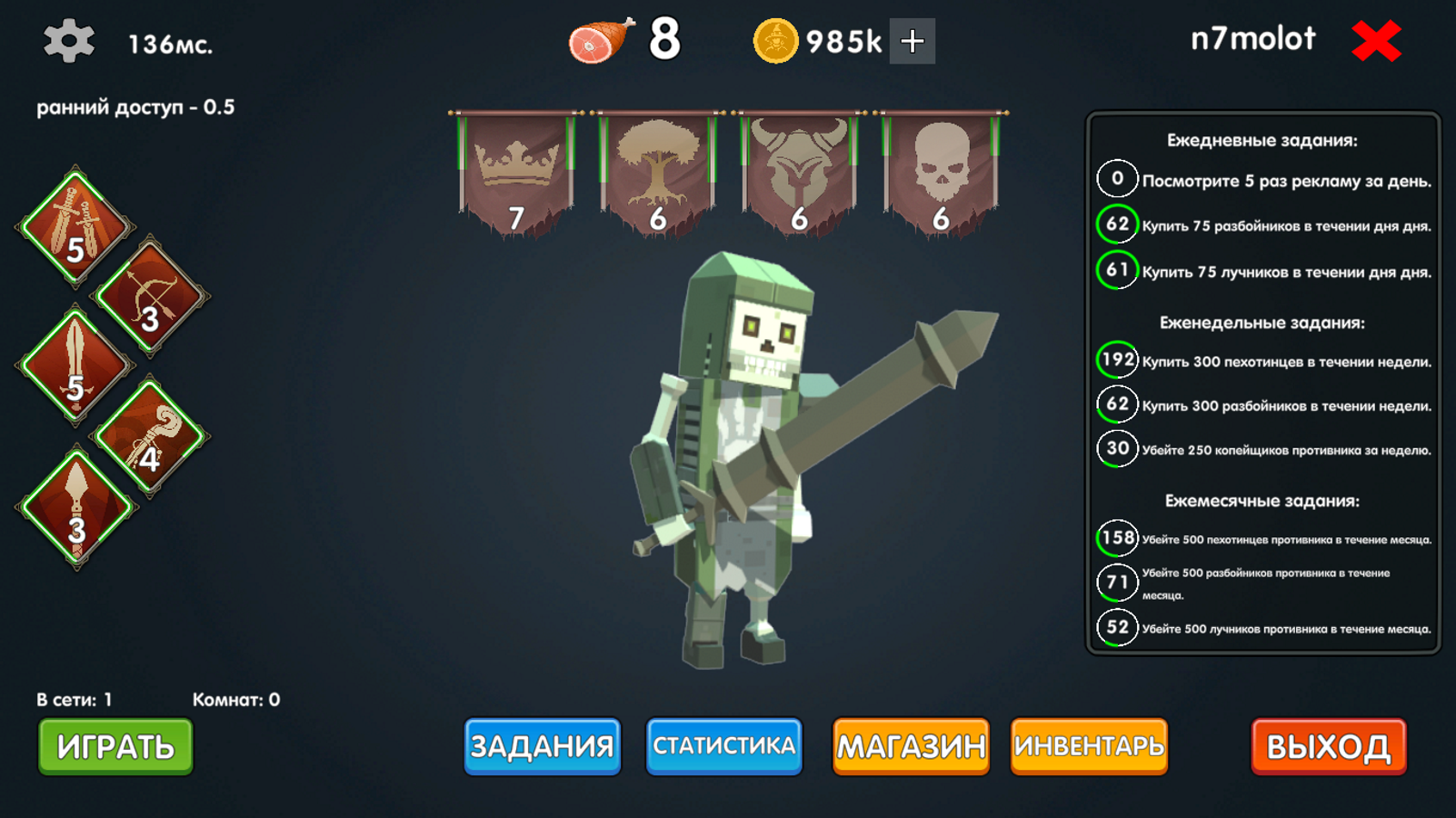 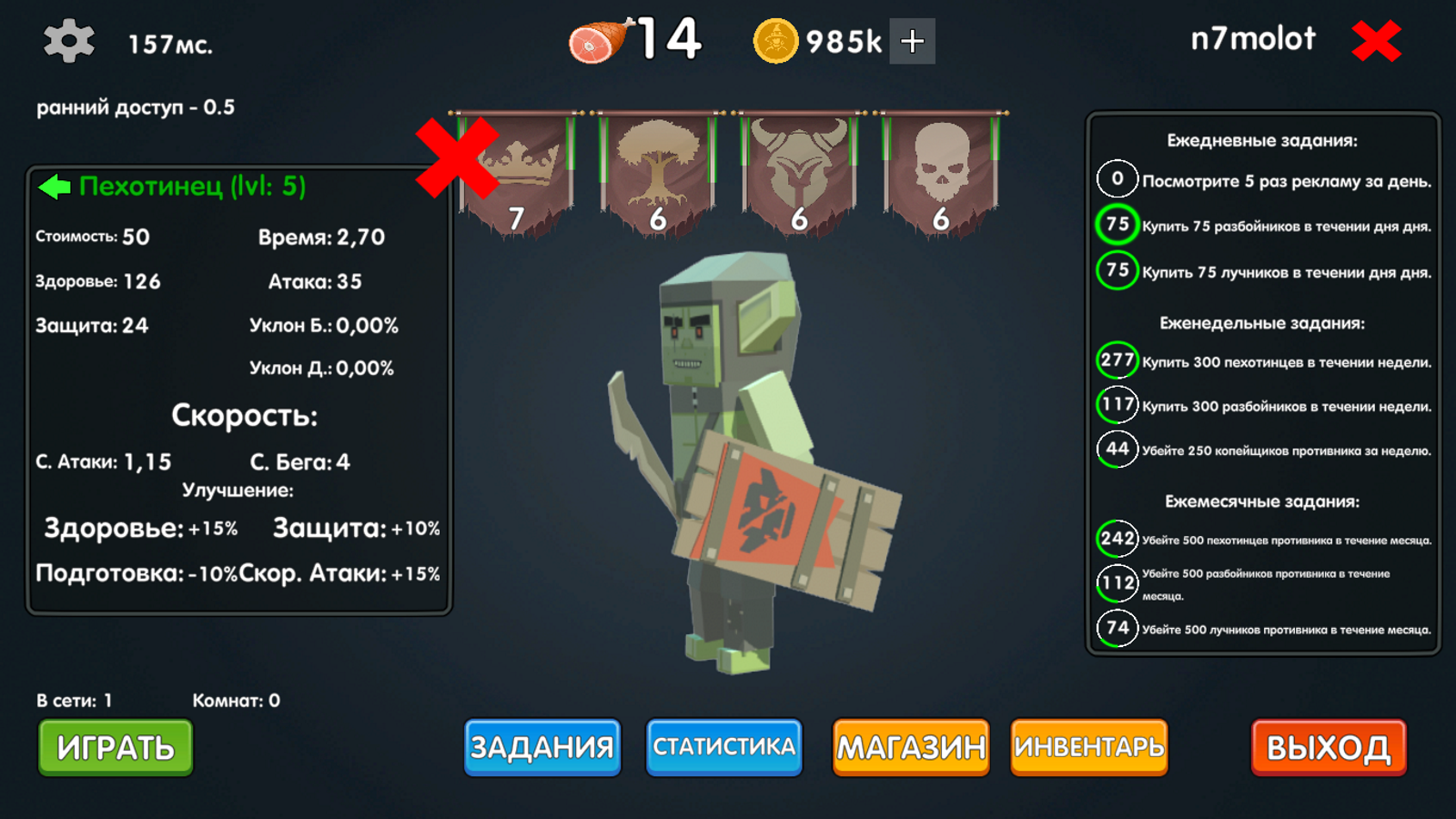 The project has not been updated for a long time, as a lot of things have been redone and improved to get full early access. To begin with, what has changed...

The project is closed for technical work from October 14 to 18, 2021. The project will be prepared for early access and publication on Google Play.

The release to early access had to be postponed for a short time due to possible support for the development of the publisher's project. But this does...

Before going public, Early Access decided to roll out a patch to identify new bugs. Below is a list of changes:

Early access of the game. The installer. Added multiplayer, shop and much more.

Demo version of the game for android from 4.4. The operation of the systems is being tested.