Thanks for voting and helping QUANTUM INSTABILITY on it's quest to become the 2021 Indie of the Year. You are now in with a chance to score some free games. Help this game secure more votes by embedding the widget (or link) we have included below on your favorite sites.

Jeff the Killer - His Game

A short story about the project

The project has been developed since 2018 by level designer "The Sam", earlier (until 2021) the project was named Factory Invasion, but later the concept and scene were changed, as a result of which a new name was chosen for the project - QUANTUM INSTABILITY.

And so, in order - Place of action

I decided to change the scene from a hazardous waste processing plant to something more familiar and understandable to me, i.e. to underground laboratories and a small military town in eastern Europe. I want to clarify right away that this is not at all the Europe that you could see in Half-Life 2 and episodes, in the context of this game, Eastern Europe is something closer to Russia or Ukraine in our time. There will be three main "locations", if you can call them that - old / abandoned laboratories, new laboratories and the city itself. The total walkthrough time will be about 2-3 hours.

The gameplay will be nothing new, the same Half-Life - run, shoot, hide. Plot It will not be very serious - the main task is to save yourself, and at the same time save what is left of the inhabitants of the city Plans for the future It is quite possible, if the game is well received by the audience, then I will supplement it with one or two cooperative missions and several DM-maps, but this is how it will turn out

It will not be very serious - the main task is to save yourself, and at the same time save what is left of the inhabitants of the city

Absolutely free, if there is a desire to support with a coin, you are welcome here.

Looks promising! Keep it up. 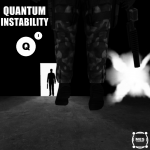