Evolva is a third-person action game developed by now defunct British studio Computer Artworks and released in June 2000. The player leads a team of 4 "genohunters" trying to save a distant planet and its indigenous animals from a parasitic alien species. Each of the genohunters can develop new abilities by incorporating and altering the DNA they've absorbed from the creatures they have killed. Genohunters can grow spider claws, jump like a frog, breathe fire, vomit flammable liquids, shoot explosive spores, scramble enemies' brains, spawn small alien offspring that injure enemies, etc. The game has 12 large levels populated with invading alien insect-like creatures known as the "parasite guardians", as well as various indigenous animals. Levels are spread through 3 continents with completely different environments, and each continent has a "boss" at the end which your team of genohunters must defeat using the newly acquired abilities.

Thanks for voting and helping Evolva on it's quest to become the 2021 Indie of the Year. You are now in with a chance to score some free games. Help this game secure more votes by embedding the widget (or link) we have included below on your favorite sites.

To promote Evolva and grow its popularity (top games), use the embed code provided on your homepage, blog, forums and elsewhere you desire. Or try our widget.

This patch updates Evolva to version 1.2.944. It upgrades the Evolva engine to support diffuse bumpmapping on high-end 3D hardware, such as the NVidia...

Disables the game from switching between high and low detailed models(LOD) for enemies and other dynamic objects when the player moves closer or away...

M.A.S.S. Builder pits citizens of the world against invading aliens that have destroyed great amount of Earth. You will build, customize, and control...

Players pilot a Gun Ship and battle aliens, pirates, and other villainous enemies, to gain levels, skills, and most importantly, discover unique and potentially...

Giant Robots. One-on-one beam saber action. Macross Missile Massacre (tm). The only thing that would make this game better would be online multi-player...

A team of indie-developers are excited to present a new sci-fi MMO shooter game on the Unity 3D engine. Beyond the Destiny is a new science fiction multiplayer...

At the end of the 23rd century, we discovered a massive distortion towards the far end of Mars. This distortion allowed us to travel to a system on the... 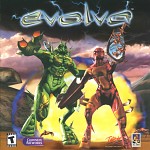