In time for the start of the football/soccer World Cup 2018 in Russia, the update for Eve of Destruction (EoD) has been completed.
On this occasion I brought a simple football game into EoD. You can find the football area in the new map 'Cao Lanh' (Game Category: Fun).

The rules of the game are simple: You play until a team (USA/Vietnam) has reached 10 goals!
If the ball leaves the playing field, a new ball is spawned at the center point.
To shoot, you just need to go to the ball. The kicking is automatic and the shot strength depends on the running speed. The shot goes in the direction of sight, which means you can definitely hit the target!
Do not expect any strategically playing bots, they are only amateurs, so a stud counter team :)

The code for the infantry bots was completely rewritten because the old AI left much to be desired. In short, the new AI code is only 20% of the old code, but has much more features. The bots and the performance have become noticeably better!

As a gunner in an AC-119 you can set a lot of fire in the map 'The Ricepaddies'.

This map also comes with a new game mode: Traffic survival :)
Anyone who has ever seen pictures of traffic in Saigon or Hanoi knows what is going on in the streets.
Of course, the map can also be played in normal combat mode. 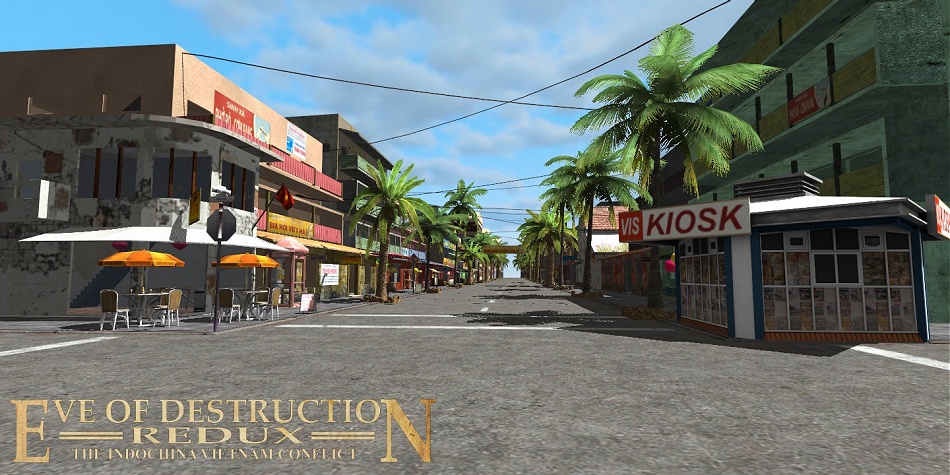 New Map: Welcome to the jungle

As announced before, this is probably the most detailed map for EoD ever built. It is playable in both day- and night-mode.

Green Hell already existed in old versions of EoD, but this is a completely new map with some surprises in the undergrowth! 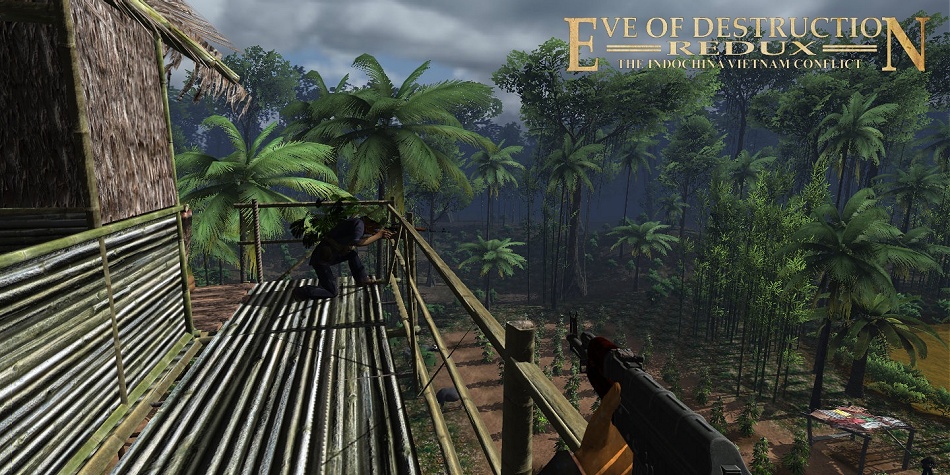 New Map: My Lai (Singleplayer only)

The My Lai massacre is a hard topic and was the beginning of the end of the Vietnam War.
Of course this topic is not to be missed in EoD, but the story here is changed somewhat: As a gunner in a helicopter you should stop the massacre! (Wich is what nearly happened this day!) 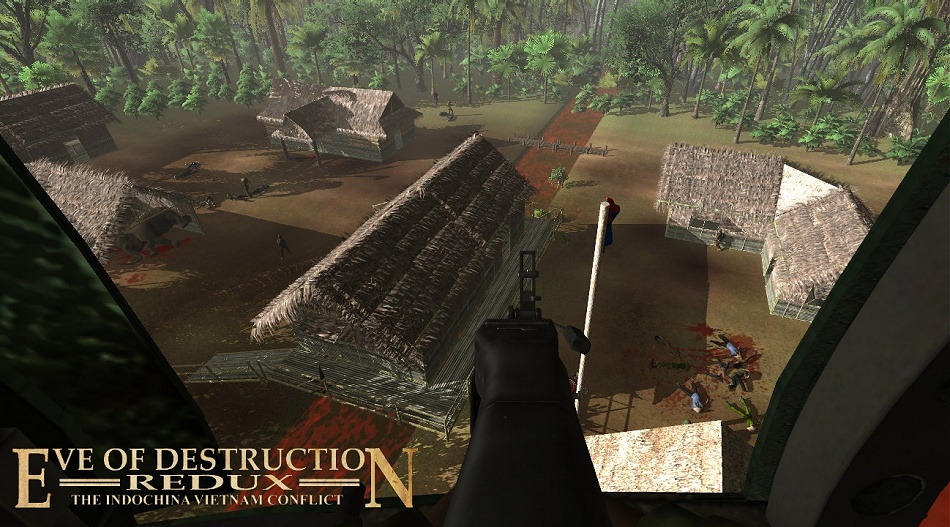 The above mentioned soccer map.Just the right thing for the game breaks during the World Cup, it's really fun!