Eets may have a cute outer-shell, but its Lemmings meets The Incredible Machine gameplay, crazy characters and increasingly tricky puzzles quickly sucks in even the most seasoned player. Play over a hundred unique puzzles that ship with the game, and come to our community to download over 200 fan-made levels and crazy solution replays! 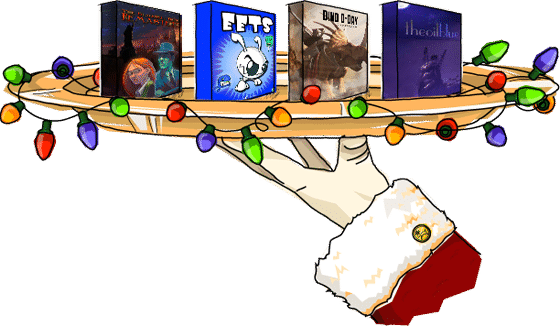 when a linux port ?

I want this game on linux so bad.

This game alone made me purchase the Indie Royale Xmas Bundle.

I bought this game a few years ago on Steam, and I still love it. I wish there was a Linux port available, but it works pretty much flawlessly in Wine.

I love this game. It is basically a Rube Goldberg machine puzzle game where the objective is to use various items both on the screen and in your inventory to help the little guy (Eets) reach the goal. One interesting twist is that Eets emotional state will also impact how he travels through the map and some of the items you use in the game will alter that state to get him to move accordingly.

And once you finish all of the levels the game has to offer, use the editor to start creating your own.
I highly recommend this game.

This game is incredibly addicting, the puzzles are really clever and the visuals are unique!