Duel is a simple turn-based strategy game where you decide to put it all on the line or make a bet to increase your chances of winning.

Nguyen Productions is proud to announce the release of its very first game: Duel!.

Duel! is simple strategy game set in the Wild West. Duel! puts you right in the middle of a heated standoff where you only have two choices: to aim or to shoot.

There will be two game modes: Story Mode and Endless Mode.

In Story Mode you will follow a wandering stranger traveling through a small town of Snakebite Gulch and watch as fate gives him no choices but two in his duels.

In Endless Mode, you will have to fight as many baddies as you can from outlaws, to corrupt sheriffs, or anyone who points a gun at you until it’s your turn to head to the coffin. 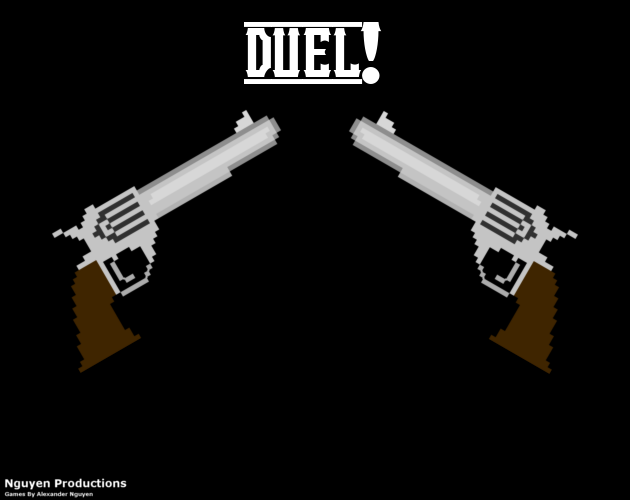 Duel! Is Coming Out Soon

Duel!'s release date has been set. Mark your Calendars for October 7th!