By popular demand, a Parasitic Wasp species has been added to Drunk On Nectar! Watch the gameplay teaser in this article to learn about this creature's exploits in the game!

Meet the "Blue Mud Dauber", A Parasitic Wasp that provides for its young by capturing spiders and sealing them shut inside a mud nest. Yikes!

By popular demand, this species (which was originally planned as A.I. only) has now been released as a fully playable creature along with new Survival Quests and unique gameplay.

Let's take a look in this release video!

Oviposition occurs next to the spider

The "Blue Mud Dauber" Wasp features new Survival Quests, Egg laying and Nest provisioning gameplay. This update offers perhaps DoN's strongest gameplay yet, so please be sure to check out this new species (and the Jumping Spider survival where you now have a new adversary!)

This is also DoN's biggest bugfix release yet, with several fixes and improvements added to the game. 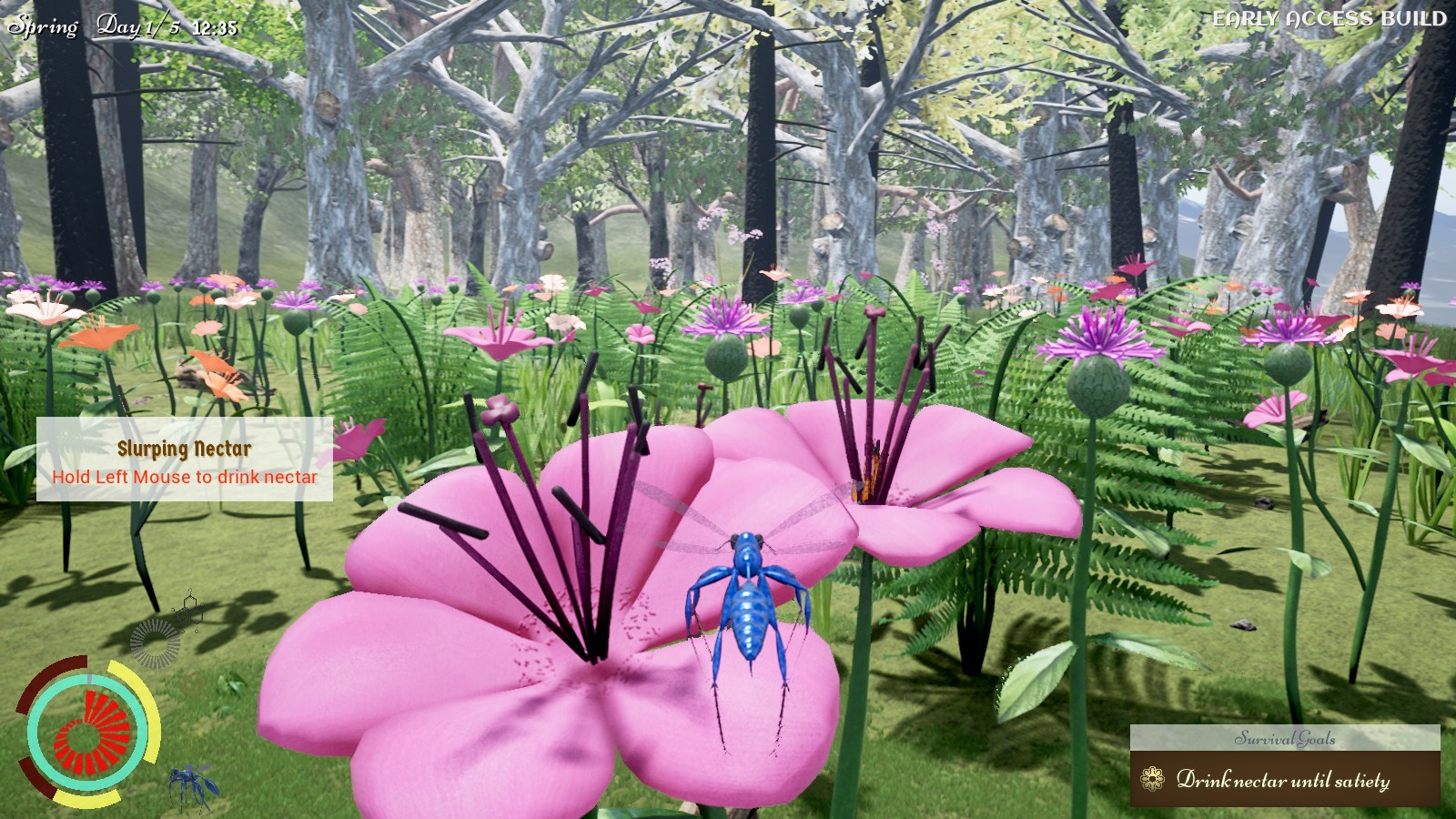 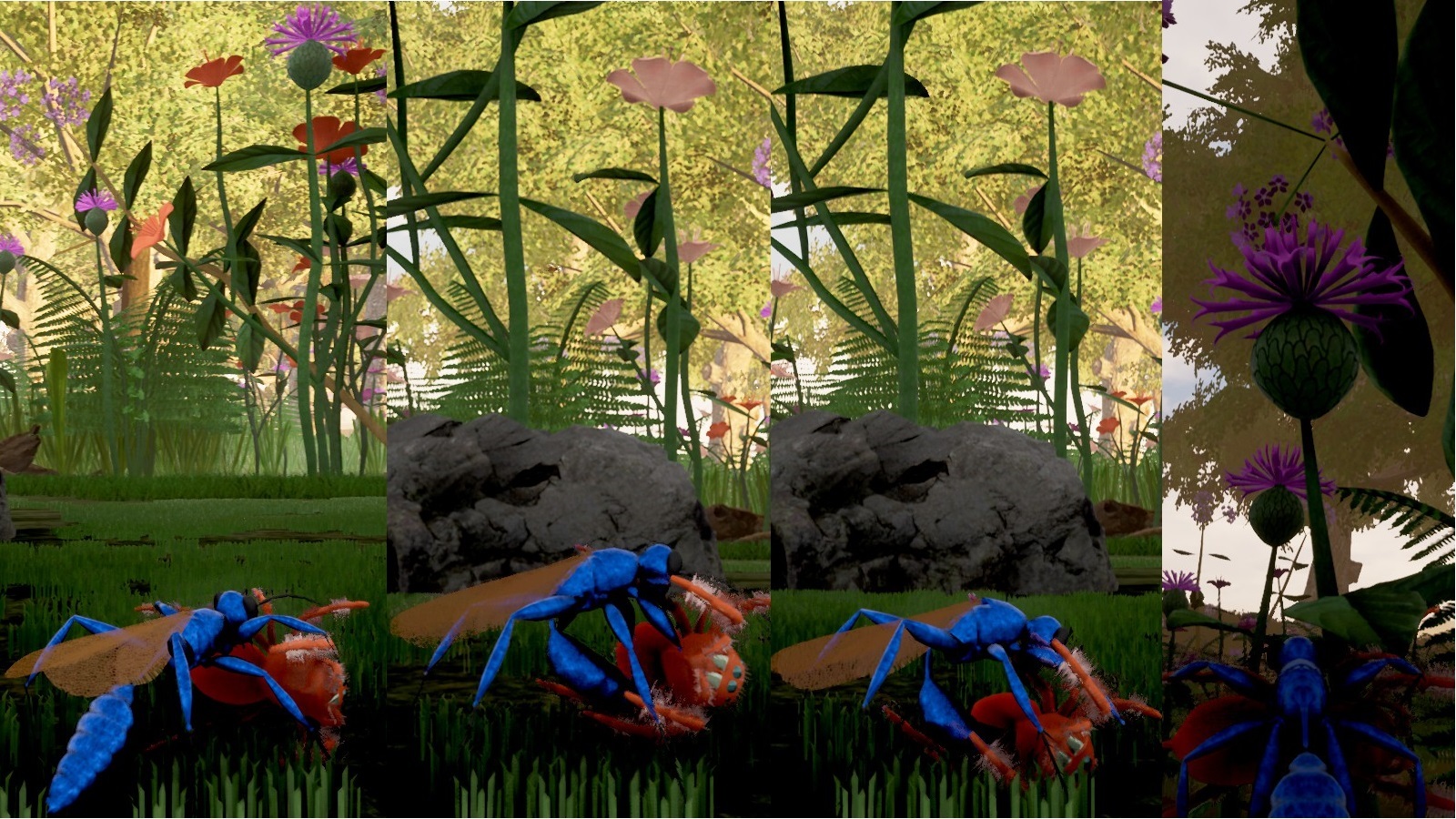 Grapple Montage. Watch out for that stinger! 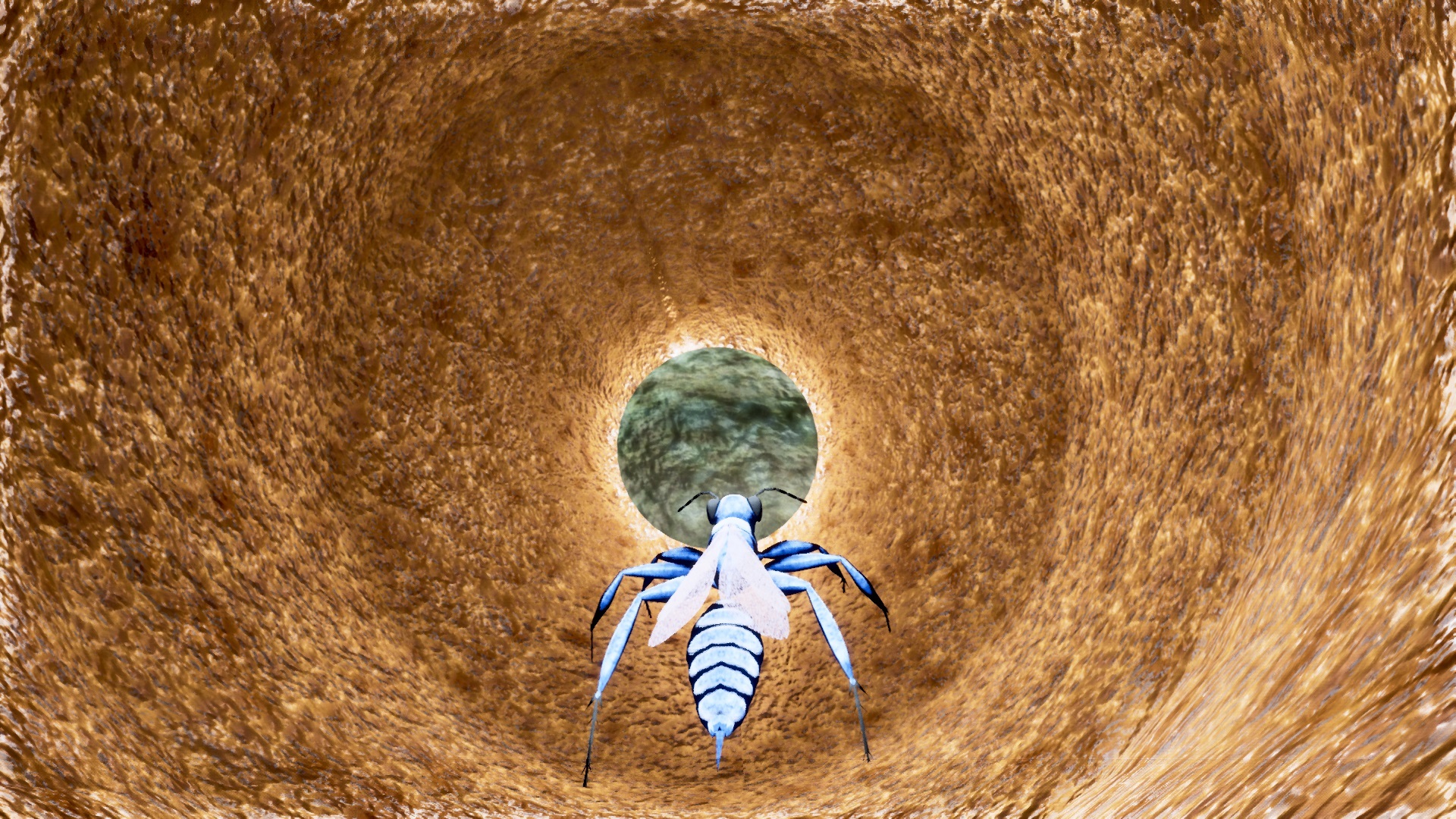 Inside a Mud Nest 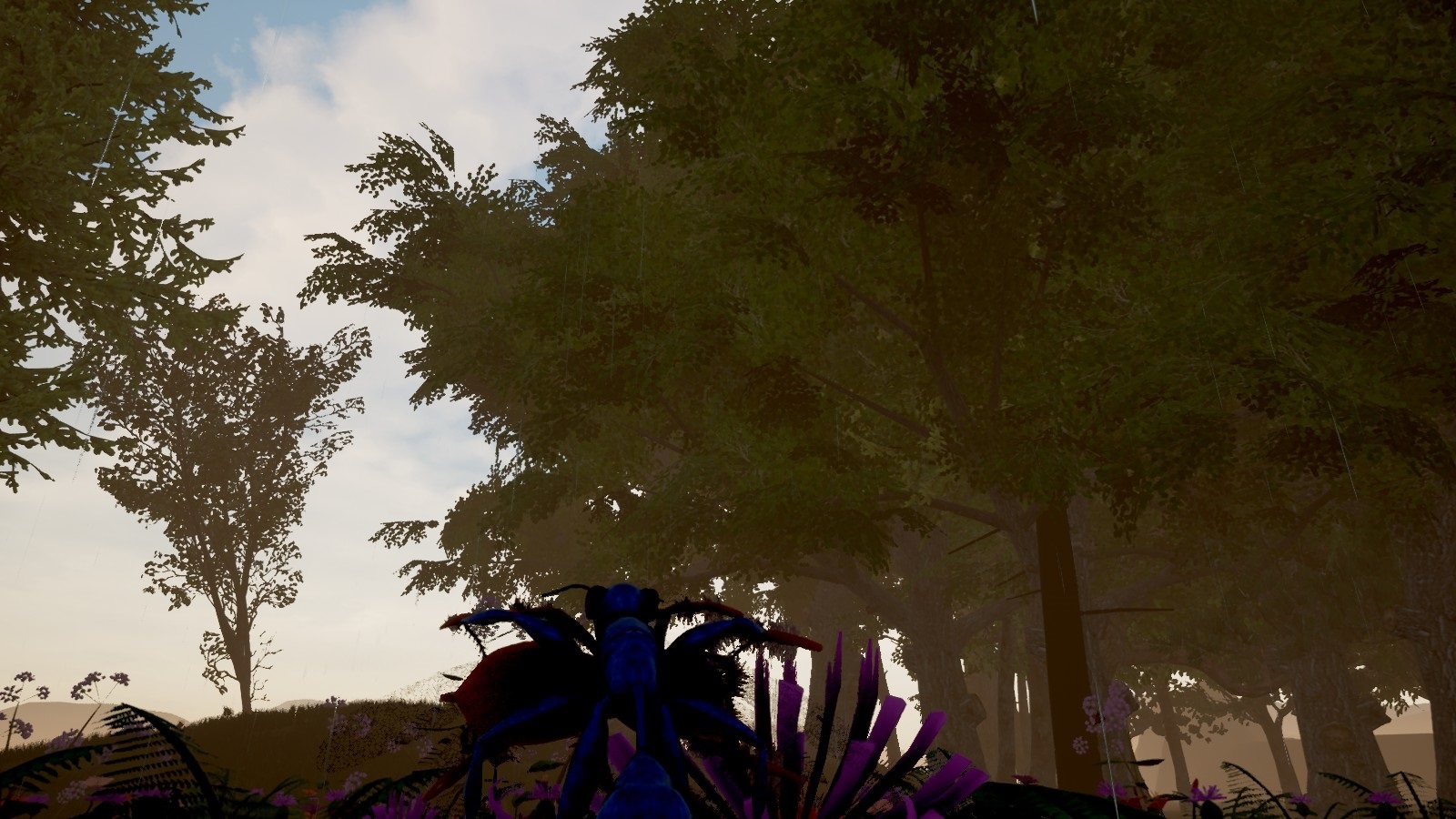 Carrying a spider back to the nest

So Is she a sweet nectar drinker or a fabled persecutor of spiders?

Both actually, as the adult wasp only feeds on nectar. It is your larvae that have a penchant for spiders, so each egg of yours is carefully laid in a secure mud nest and provisioned with at least three spiders.

This hybrid gameplay is what makes the wasp standout in the roster because it is simultaneously a benign pollinator of flowers, whilst also being a serious threat to the resident spider population.

Currently the A.I. uses a densely packed cluster of mud nests (co-located) while the player is provided with smaller chambers scattered throughout the map for you to explore and find.

Mud Nest building is not a part of this update but, it will be added eventually. 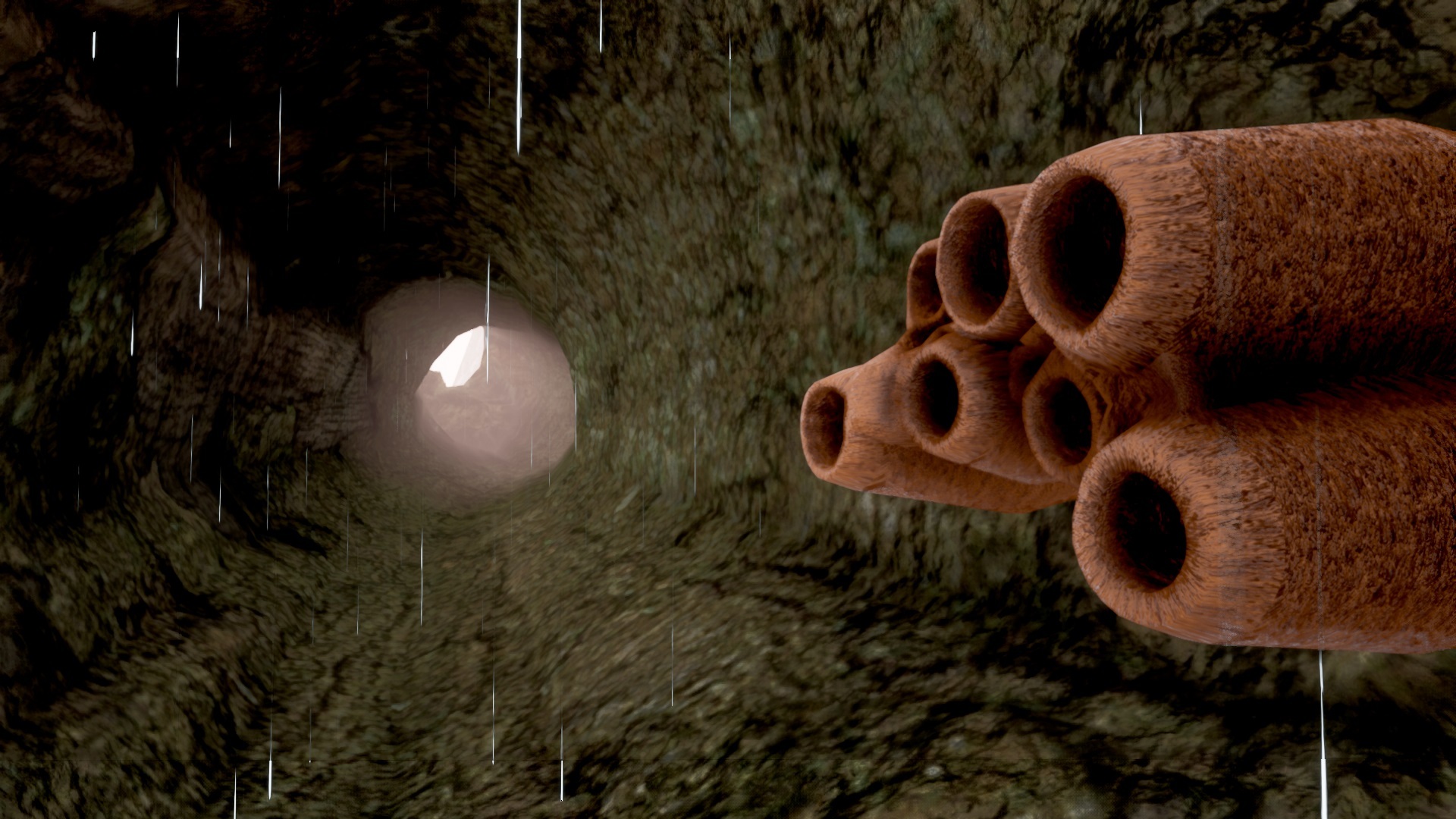 DoN's biggest bugfix patchIncluding, but not limited to:

Greatly benefiting the game's landscape both visually and gameplay wise, this release brings with it "Hollow Logs" that players (and A.I!) can travel inside: 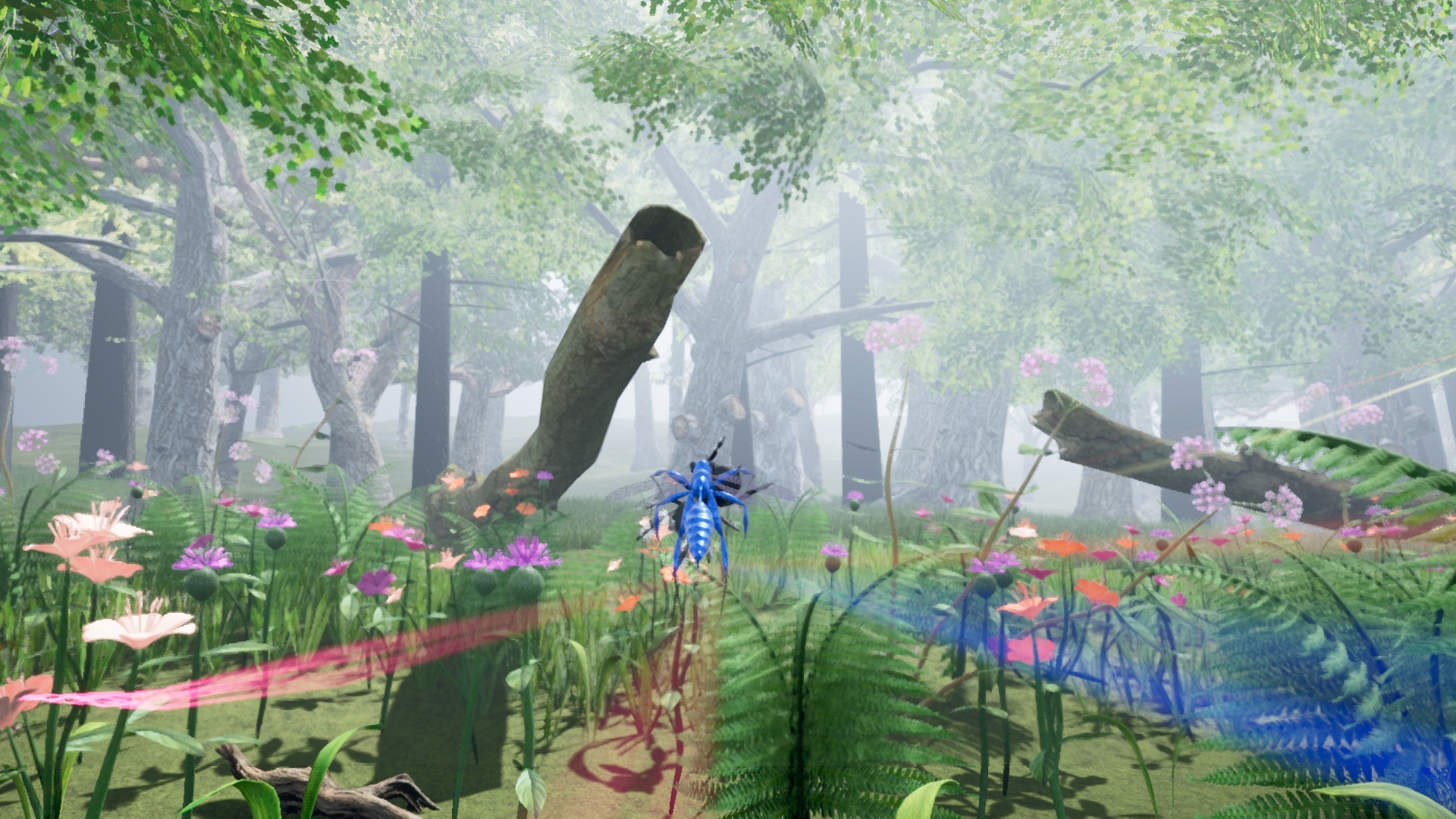 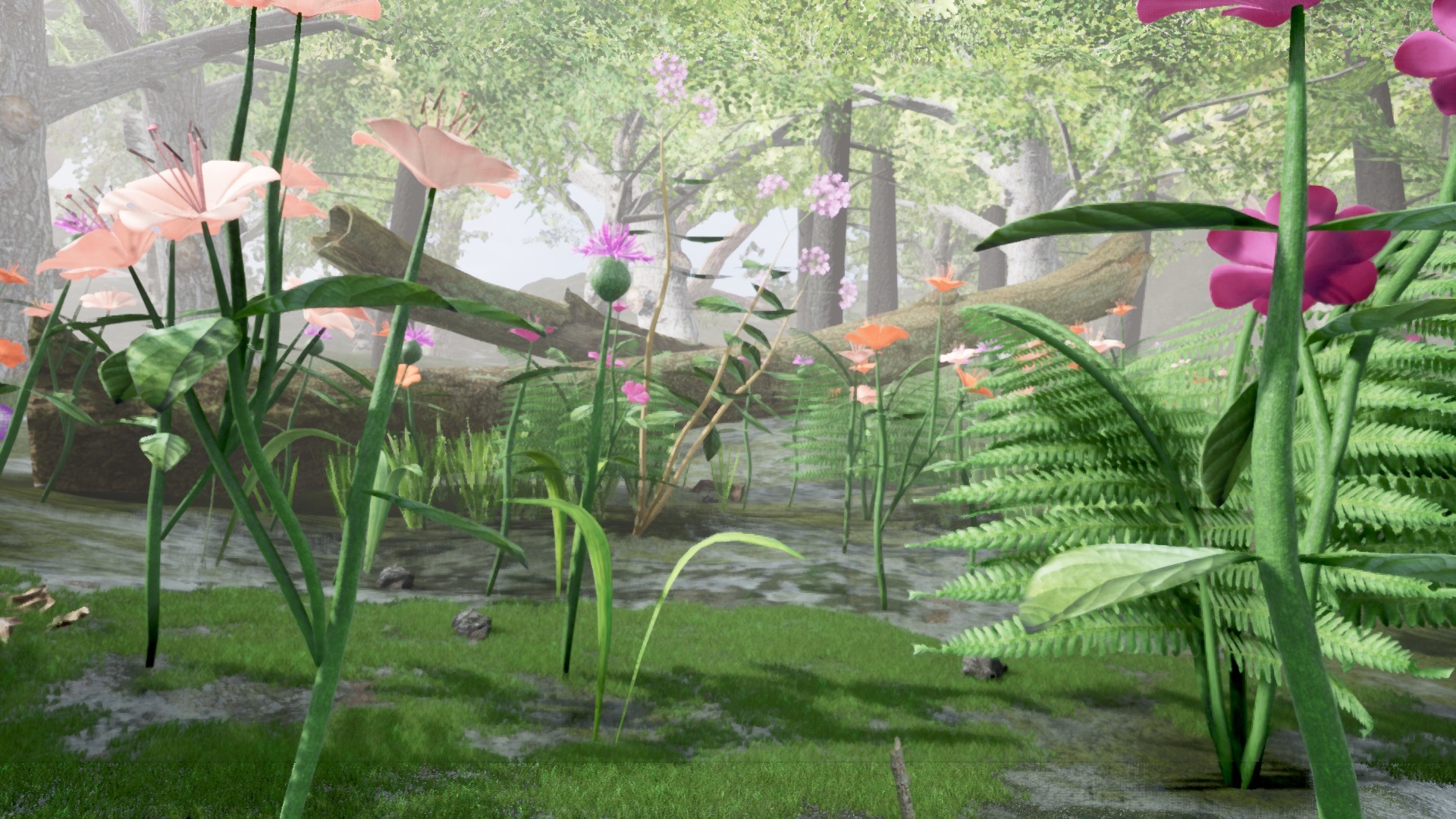 On the Horizon - Lifecycles Act 2

With the parasitoid wasps finally in place, all the building blocks for Act 2 are here. A nocturnal wasp will need to be added though, so that, along with gameplay design for Act 2 (and maybe another ground-based prey) are the pending tasks. Almost there now! 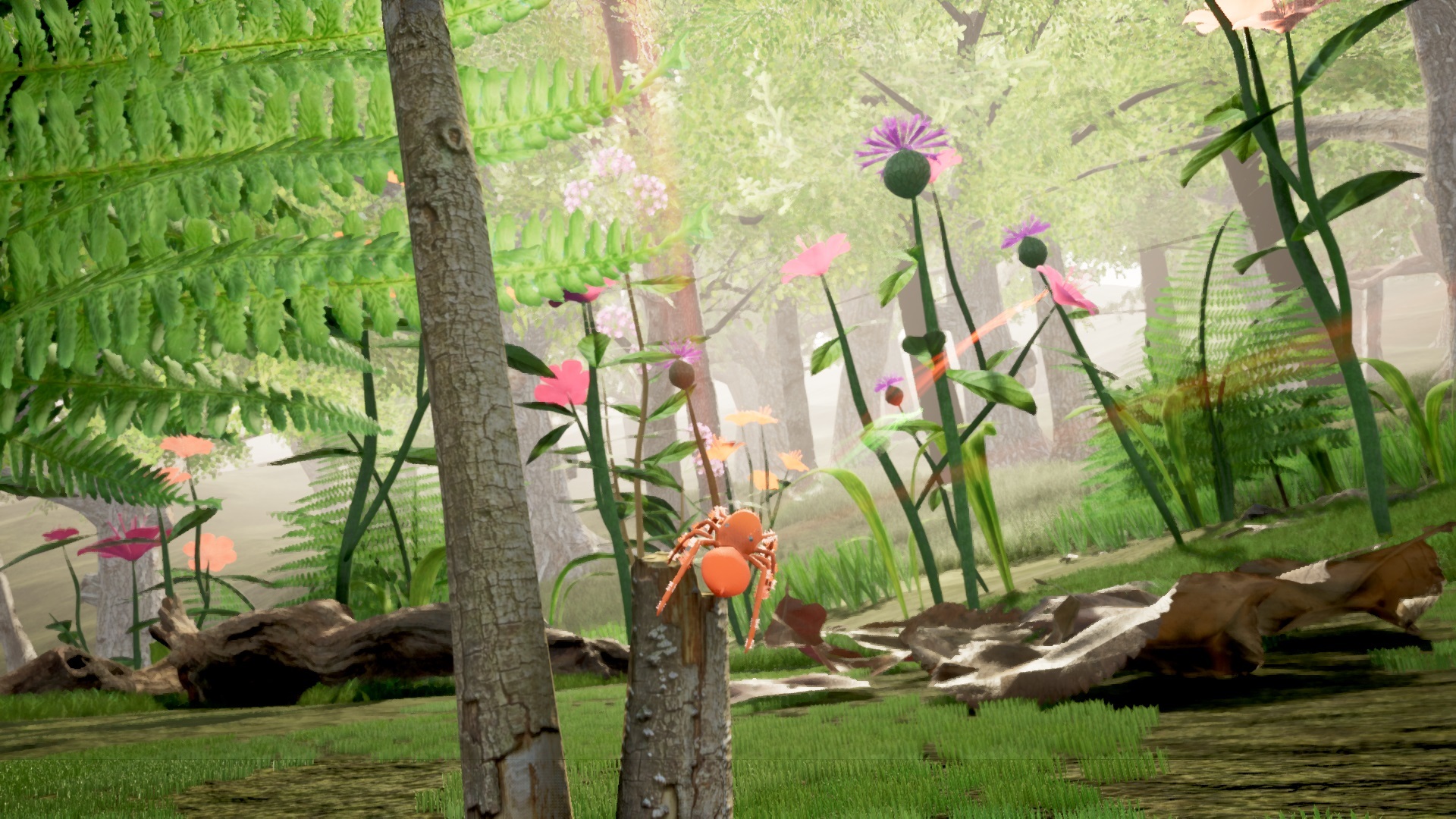 Thanks as always for reading, hope you enjoy playing the Blue Mud Dauber! :) 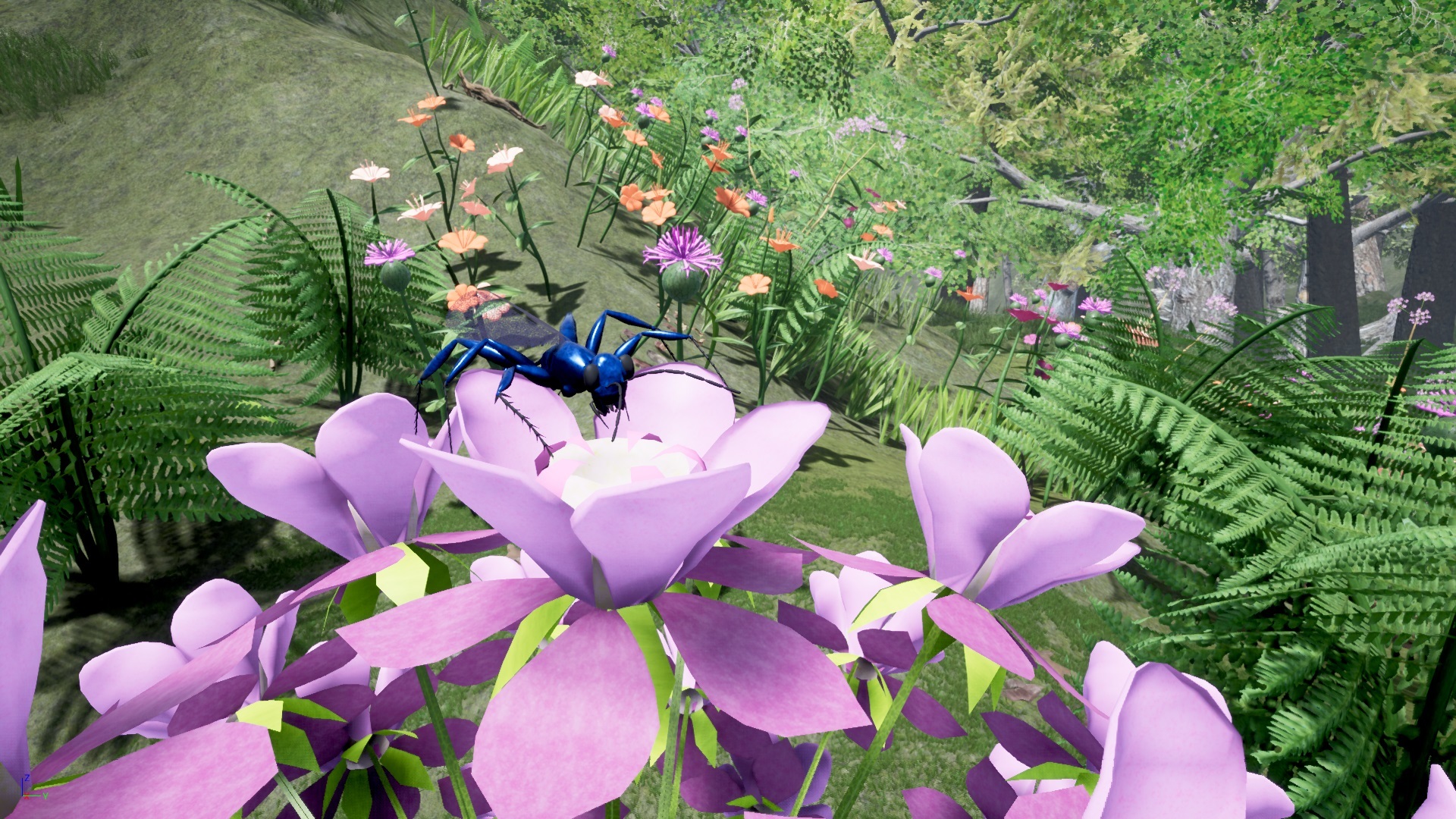