The Oneiroi (the gods of sleep) have descended onto the world. Everyone is asleep. It's up to you to try and save everyone from eternal slumber!

Inspired by NES/Famicom classics, Dormant World is a retro platformer designed to look and feel like a game that could have existed 20 years ago. Dormant World is for you if you're a bit nostalgic about the good old days and want a "game like old times, but new."

Not being overly long, the game is completable within two or three hours on a first playthrough and an hour on later replays.

- Hardcore mode (no saves, no continues) for added challenge

- Three levels guiding you through mountains, forests, and a desert

- A few puzzles to keep you on your toes

- Bosses at the end of each level

Took me a couple of years, but it is done! The retro platformer I've been working on is now on Steam! There's also a demo!

Here are some details:

- It's inspired by Super Mario Bros., Castlevania and Contra, as well as other NES games.

- It has an experimental level design where you navigate a 3D world through 2D environments: every time you enter a new screen the camera can rotate to face a different direction (your compass shows that).

- There are 3 levels (one mountain level, one forest level and one desert level).

- Each level ends with a different boss!

- Game is based on Unity, but other than that I drew all the sprites and wrote all the music and code.

This is a screenshot from just before the first boss. Note the "screen" post-processing effect. Free-aspect ratio is supported in the game, but to be honest I prefer the original NES aspect ratio: 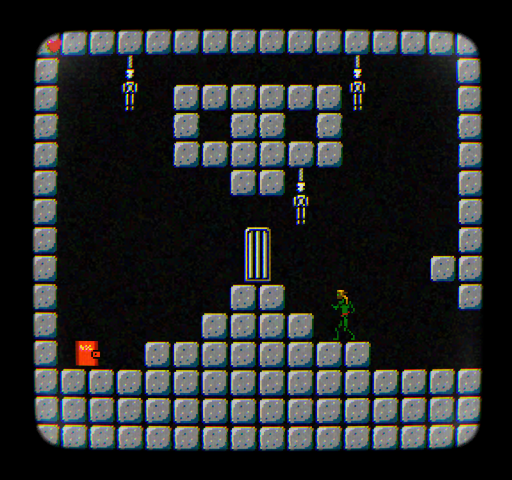 This screenshot sees the player arriving at a town in the mountains: 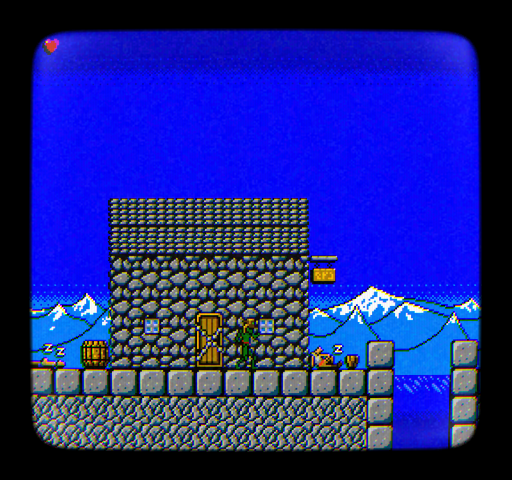 Here's a screenshot without the screen post-processing effect (which you can disable in-game). You can see a mummy, an angry cloud and some quicksand: 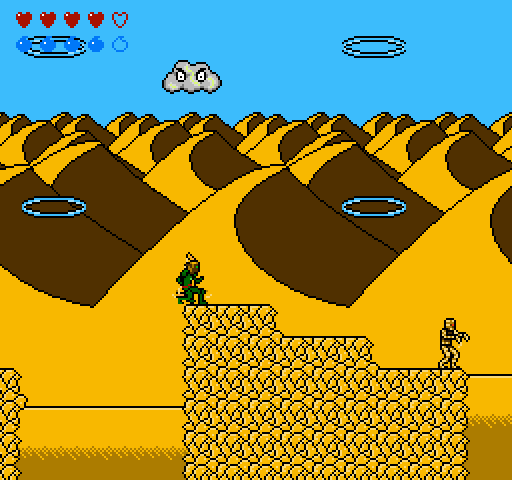 I really hope you guys try it out and like it as much as I liked developing it (the link to the steam store page is at the top of the post)!