Dead Harem is a 2D Top-Down Role Playing Game about Necromancy, heavily inspired by Dungeon&Dragons It tells the story of Chrome, a young wizard who finds an old grimoire whose content changes his life forever.

I have added followers, the game will contain mainly two type of followers: Companions and summoned creatures.

It is a pretty basic system right now, they follow you around until they are dismissed but you cannot interact with them.
In future there will be many interactions with them, including commands (Wait, guard here, go there...) and settings (follow behind/next to me, stay closer, ...).

Followers will follow you into battle, however, summoned creatures may not last long enough for that; It is a better idea to summon them during the battle but regardless of that, they will not last more than a turn as a level 1 Wizard.

Currently, only a Human Skeleton Warrior can be summoned, in future, there will be a prompt allowing you to select which undead you wish to summon everytime you use the spell. 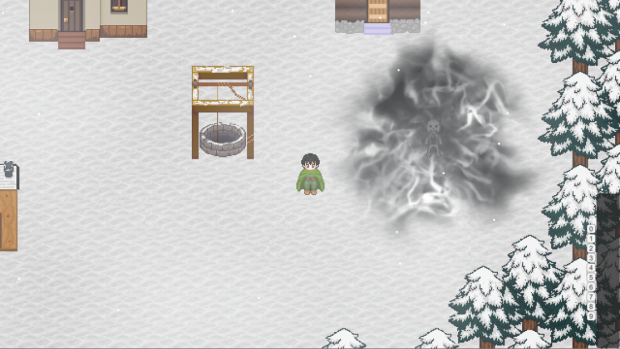 You will be able to view the character sheet of any undead you will summon, but unlike those that you will encounter, you will not need to do a skill check on "Knowledge: Religion", you will automatically know every information about the undead you have summoned. 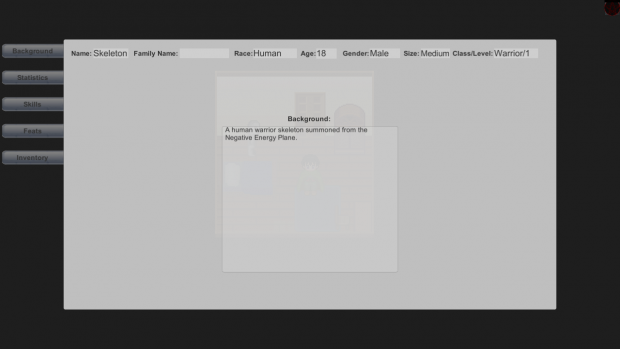 The summoned creatures will always be different from one to another of the same type, not only they will have different background details (age, gender, ...) but also different statistics, some will be stronger or better equipped.

They behave differently than the previous monsters I have added (rats), unlike them, wolves work in team and will try their best to flank their opponent.

They can be pretty dangerous if faced without preparations and even then, their bite is quite deadly!

Luckily, you are not alone to face such dangerous foes, as a beginner wizard and future necromancer, you have to rely on teamwork and fight from behind the lines.

Followers will aid you during battles, there are currently two types of followers: Followers that act in their turn automatically and followers that require manual input (you have to move them and select their attacks).

The first category falls mostly on intelligent companions that join your team temporarily, you have no control over them and will behave following their controller like monsters do, except they will be on your side.

The second category falls mostly on summoned creatures: you will be able to move them, select their attacks and even know every detail about them; They will be an "Extension" of your player character.

This is all for today's update.
Next update, if everything goes well, will include a small release of everything that has been done so far, it will not be long as the game is still in very early stages but it will give everyone the chance to try the game out and give some feedback, so stay tuned!

To customize your experience, I made a simple character creation so you can edit and pick things that will not influence the story itself but will allow...

I have added a new character (Chrome's mother) and also the possibility to view NPC sheets as well.

Showing off some new spells and how the story of the game will be structured.

I added the character sheet which will contain everything about your character, from his background to the journal. I also added containers (currently...