Dark Scavenger is a bizarre point-and-click RPG adventure with a focus on exploration, gaining loot, and meaningful choices.

Filling the role of a powerful space traveler, you find yourself stranded on a mysterious planet in the company of three eccentric, yet resourceful aliens. As you desperately seek a way to repair your ship, a massive conflict unfolds around you involving warring factions and a sinister force that threatens to destroy them all.

Will you adopt the problems of this world as your own or will you just save yourself?

Key Features:
- Unique Dark Comedy Sci-Fi Narrative driven entirely by your choices. Each encounter has multiple outcomes!
- Earn Tons of Loot and convert it into bizarre equipment!
- Deep Turn Based Combat which utilizes equipment combinations to exploit enemy weaknesses!
- Epic Boss Battles with multiple forms!
- New Game Plus Mode lets you see what you missed the first time around!
- Tons of Secrets that you will probably never find!

"Dark Scavenger is one of the most genuinely funny, well-written games I’ve ever played and stands side-by-side with titles like Grim Fandango and Monkey Island. It is THAT good.” – IndieStatik

"Dark Scavenger takes an iteration of the RPG genre that is generally thought of as obsolete and breathes fresh life into it.” – 8/10 Strategy Informer

“If you’re a fan of indie games, RPGs, laughing, and making meaningful decisions, then you should definitely pick this up.” – True PC Gaming

Psydra Games is pleased to announce the Dark Scavenger OST!

The Dark Scavenger OST is available at www.darkscavenger.com/store or Psydragames.bandcamp.com
for only $2.99.

Check out the complete Dark Scavenger theme below. You can sample the rest at our Bandcamp page.

"Rarely do game soundtracks evoke such emotion or feelings. Usually the audio for games will suit the subject matter, and that’s as far as it goes. But Dark Scavenger does well to evoke the sense of intrusion, of the outsider being where they shouldn’t be. From space, to the otherworldy planet, to creatures viewing YOU as the alien, to discovering the secrets of the planet Didella, the music carries with it that Sci-Fi feel; spooky, yet adventurous. Does it make sense to say that the music carries with it the sense of philosophical investigation that the story slowly exposes you to?" - Brutal Gamer

"Musically, this game is excellent- it has a rather upbeat, techno soundtrack, along with some of the coolest boss music of all time. While I don’t think I’ll find myself whistling the themes any time soon, I would recognize most of them instantly- and probably be suddenly ready for battle." - Blackman'N Robin

"One thing I absolutely loved about the game though is the music that plays during battles. I’m a bit of an RPG nut and I know a good RPG battle theme when I hear one and Dark Scavenger is no exception. I sometimes left the game running in the background whilst doing other things (such as writing this review) and it kept me incredibly entertained throughout." - Midlife Gamer 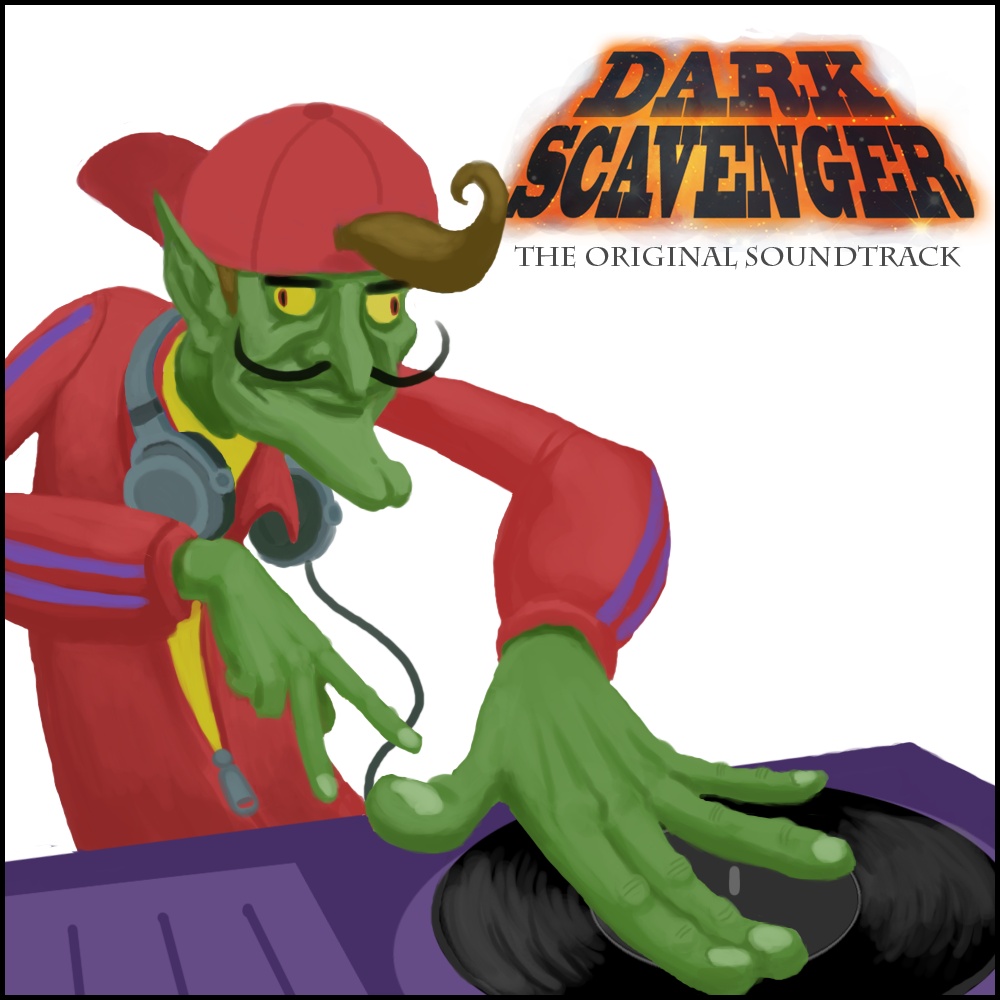 You can now vote for Dark Scavenger on Steam Greenlight

Just yesterday, we posted Dark Scavenger up on Steam Greenlight. If you would like to see Dark Scavenger on Steam, please vote and optionally leave a...

Dark Scavenger is in the IndieFort Bundle!

Dark Scavenger is part of the newest IndieFort Bundle along with 5 other great games. You can grab all 6 games for just $5.99! Games include: Dark Scavenger...

Dark Scavenger is out now!

Dark Scavenger is Live! Both PC and Mac versions are available for $4.99 USD at www.darkscavenger.com

Development of Dark Scavenger is Complete!

As some of you who have been following us for a while may know, development of Dark Scavenger is complete! It was a long arduous road but we stuck with...

Dark Scavenger has to be one of the most bizarre concepts for a game I have played in a long time.

It's definitely worth checking out if your looking for an story based game that you can play at your own pace and not worry about time limited mechanics.

I would hope that since there is a orc and bum that there would be a demon chick with just bewbs.

So, if I have my Internet Explorer settings to delete all cookies on exit, then I will lose my Dark Scavenger game save each time I exit IE?

I also got this in the Indiefort and was wondering if you'd let me redeem it here?

If you purchased Dark Scavenger somewhere else and would like a Desura key, send me an email at contact@darkscavenger.com

From the trailer i watched, it looks like it can be played on a minor gaming website

I got this on Gamers Gate in a bundle. Is this game finished or is that a beta?

Also, will there be a way to make this fullscreen? I'd really like fullscreen

The game is finished. We just need to take care of a couple things before we release it on Desura. It will probably be released sometime next week. The date it shows right now is just placeholder.

Unfortunately full screen isn't possible but It can still be re-sized any way you want. The games default resolution is 800x600 so it will look best at that size.

Let me know if you have any more questions. I hope you enjoy the game.

This game interests me in a way I cannot describe. It's like I'm drawn to it. I can't wait to see it when it's completed. If the videos you've posted are anything to go by - the writing seems equal parts disturbing and satisfying. Keep up the good work.