D. The Atom Shifter is an action RPG where you literally have the ability to customize your character at will! The human race is being annihilated and to try to prevent complete obliteration a great wizard created D. who can shift his atoms at will and absorb the atoms of other beings into himself to give himself even more power. The game is going to be a single player action RPG with swords, magic and horror elements!

Features:
- Developed by the Project Lead of the popular and action packed Doom 3 Mod Last Man Standing and the Free Game Maker Platinum Arts Sandbox
- An Action RPG that you play how you want! You can fully customize D.’s stats at any time during the game, even during battle!
- Absorb abilities from your enemies-Non Linear Exploration
- Lots of magic items, weapons and spells to find!- Shifting/Morphing Self
- (Hopefully) Wave Mode where you see how long you can survive vs varying waves of monsters!
- Dev tools released to the community to be able to make mods and FULL COMMERCIAL GAMES! Full Source might possibly be released as well.
- Treasure hunting and secret passages!
- Coop and/or Random map Generation (Dependent on Kickstarter success)

D.’s Sandbox Modern City Builder Edition has been released! D.’s Sandbox is a free open source game inspired by sandbox games such as Terraria, Minecraft and Infiniminer and based on the Minetest engine. This release adds the Modern City Builder subgame so that users can create their own cities. A big thanks to the awesome Minetest developers and Modders for helping make this release possible! Expect a lot more from me on the way too including more subgames including some that are not school friendly (included in a different version) and I am planning on building D. The Atom Shifter with this engine as well.

IMPORTANT: The /docsmike folder has links to tutorials for the different mods. Please post any comments or feedback in the Forum! I’m very interested in your input and what you like, don’t like, and what you’d like to see added! These images below are only the tip of the iceberg of what can be created now. If you create any great screens please feel free to submit them and they may be posted on the site.

Key Features Of This Release Are In The Modern City Builder Gametype which includes:
* Asphalt, Road signs, traffic lights, etc
* Fishing
* Cars
* Carts and rails
* Wiring and the ability to generate electricity (Referred to as Mesecons)
* Pipes and chutes and the ability to move liquids and solids
* Farming with lots of new fruits and vegetables
* Skin changing (/m to access it)
* Minecarts and some different rails
* New inventory featuring a craft guide and lots more ( aka the Unified Inventory Mod) – I would love feedback on it especially vs the minetest default
* Hunger and Thirst System can be added to a world via the “configure” button
* WorldEdit Mod – A very power world editing tool added to a world via the “configure” button.
* Currency and Shops

Future Goals (some for a non school version):
* Animals such as cows, horses, sheep, etc. Horses will be rideable
* NPC Traders
* Monsters
* Generated villages and villagers
* Wandering adventuring NPCs that you can hire and/or interact with
* Aviation 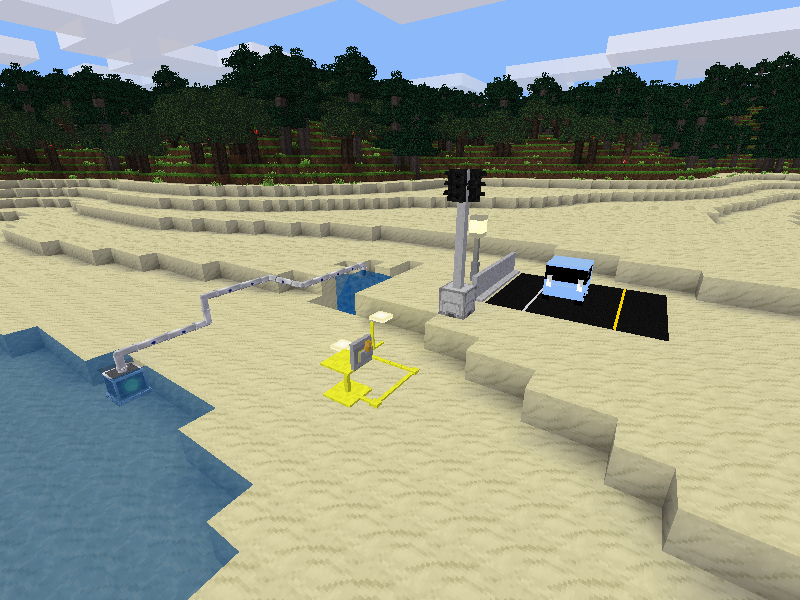 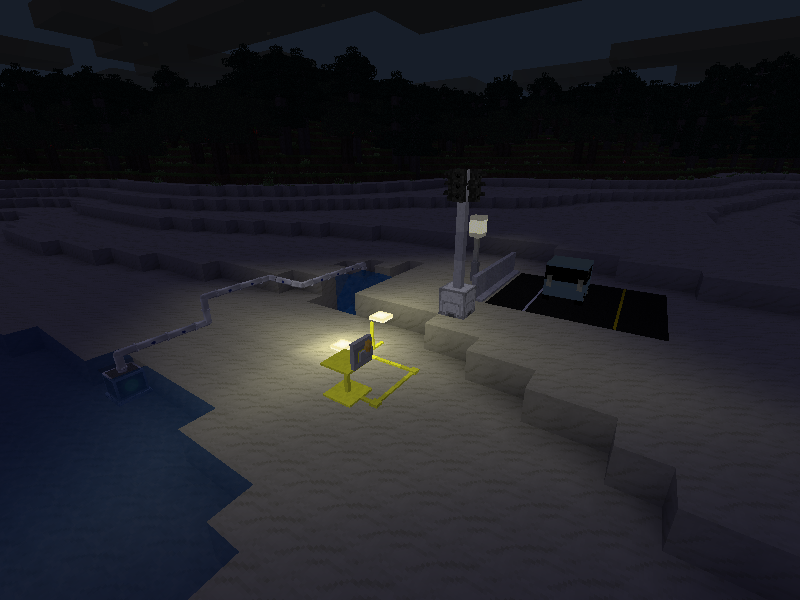 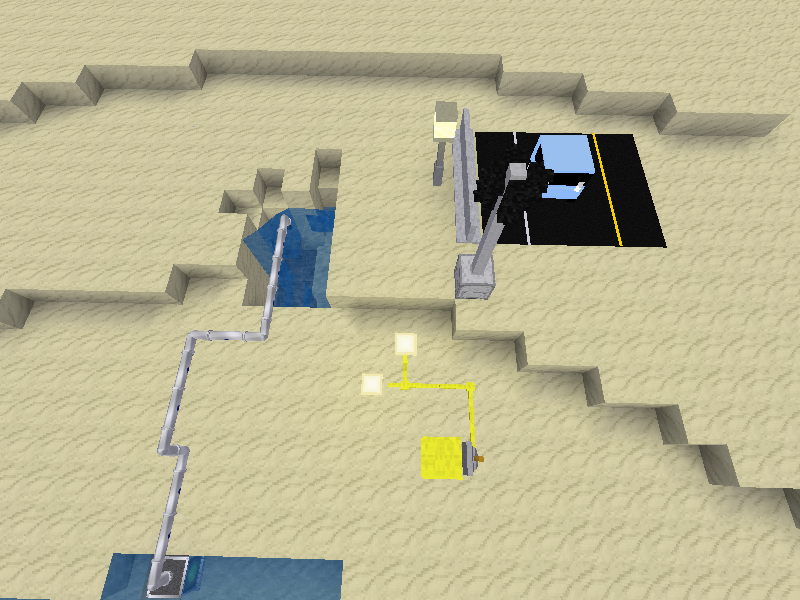 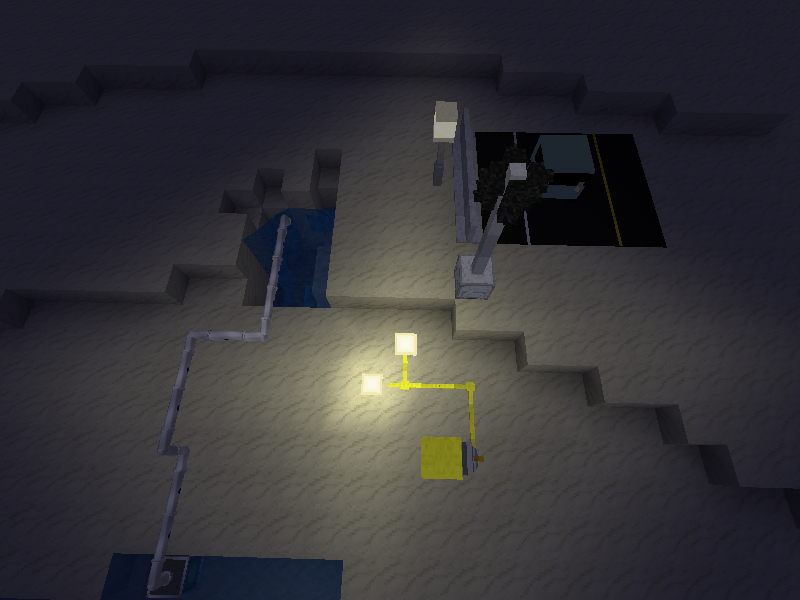 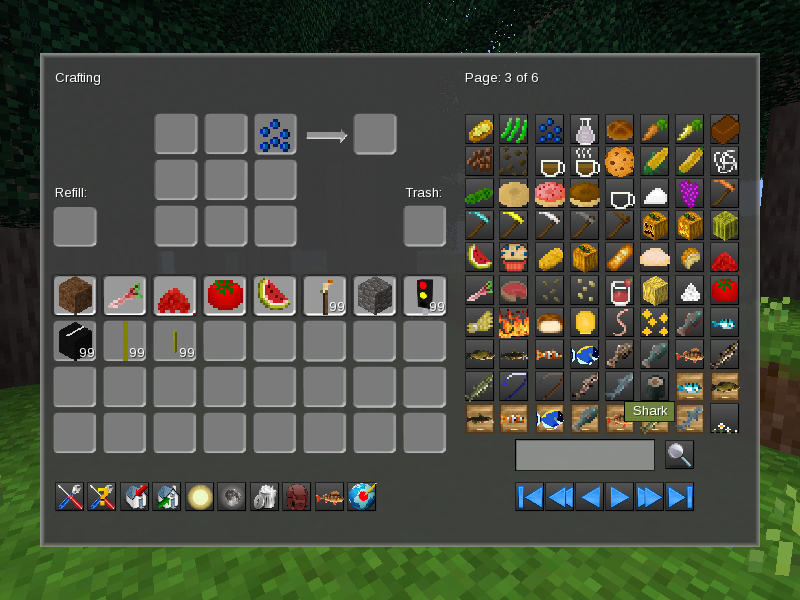 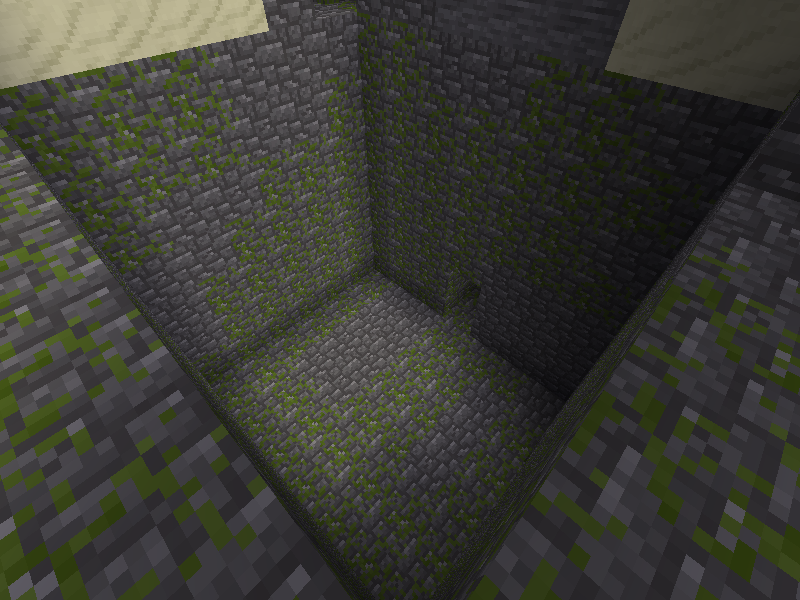 D.’s Sandbox is an open source game based off of Minetest which is similar to Minecraft and Infiniminer. The goal is for the project to be school friendly...

A video teaser of D. The Atom Shifter by Christian! We are planning to do lots more videos and hopefully even a short movie!

Apology - Focusing On The Dev Tools, Now On Greenlight!

I apologize for the lack of updates and of a Gameplay Trailer. We decided to push D. back a bit and focus on the Dev Tool which is called Platinum Arts...

We are excited to announce a short animated scene with D. The Atom Shifter and a compilation of the concept art. Also the Wave Defense prototype is also...

So is the game released or dead?

I've been testing a new engine and working on writing a lot of the concept. I know I am moving super slow which I apologize for but I also want to make sure to get things right!

This project already dead ? There hasn't been any update for 2 months already.

It been a months already. Where the update ? Not meant to be impatient,if there is no update within 3-4 month i assume the project is dead.

Not dead, just put on pause while we focus on the Dev Tools because we want to make D. as awesome of a game as it can be :)

Great game! :D
I Might test it in the future!
nice job!

Calimer, can you change your size too? like really small, or very big? Elastic and things like that?