Proceed with caution! This isn't your grandma's pack of memory cards. It's Crazy Memoreee!, a new twist on the classic memory card game. Match pairs and watch as they splatter the screen with ink or eggs, summon ghosts and much more! You'll never know what to expect!

Thanks for voting and helping Crazy Memoreee! on it's quest to become the 2022 Indie of the Year. You are now in with a chance to score some free games. Help this game secure more votes by embedding the widget (or link) we have included below on your favorite sites.

CRAZY MEMORY IS CHANGING ITS NAME !

Due to copyright issues, Crazy Memory will be changing its name to Crazy Memoreee!. Apparently someone else registered the word memory and has been bugging both Google Play and the AppStore to take down everything with the name Memory. Yeah kinda weird isn't it ? Due to this, Crazy Memory will never be coming to iOS devices, sad isn't it ? But life is like that. In other words, careful with with using the word Memory for any of your games.

With the name change, will come some changes within the game, like at the game screen. 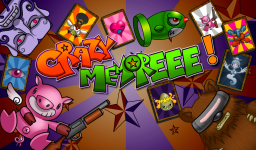 If you have not played the game, check it out. It will either amuse you or you'll end up with a wtf face. Casual games aren't our specialty, but we had to try someday, we encourage you to check the results 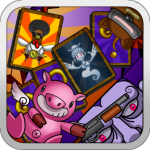 The NEW version of Crazy Memory has been released

Come on and check out the newest version of this Crazy Game.

The Alpha version of Crazy Memory as been released on Google Play. We need your help to submit as many errors as possible !

Reaction [When Geometry Falls From The Sky] Puzzle