Concealed Intent is a turn-based game of tactical space combat. Players control their ships in a completely 3D world - hunting down their enemies, just as they are being hunted themselves! In Concealed Intent you know your enemies are out there, but not exactly where, or even what they are. The fun comes from out-thinking your opponent rather than any test of reaction speed.

Out now on Steam and Humble.

The core gameplay mechanic is stealth. But how can you be stealthy in space? Well, space is big and empty. Finding something can be like looking for a needle in a haystack. On the other hand, there is nowhere for the needle to hide - to stay concealed it needs to fade into the background as much as possible. Nearly anything a ship does will signal its presence and increase the ability of those around to detect it. A big ship may blot out stars as it passes. Heat from engines can be detected against the cold of the void. Lasers can be traced back to their origin. Eventually as detection increases, a firing solution can be calculated so that a beam of coherent light a few millimetres in diameter can cross thousands of kilometres to strike an evasive enemy - hidden no longer!

To defeat your enemies you need to devise a range of strategies to gain enough information to successfully shoot at them. All the while they are trying to do the same to you. Various equipment is available to help both sides, including sensors, countermeasures and drones. There will be a single-player campaign, instant procedural skirmishes and online multiplayer.

Concealed Intent 1.1 Update and 40% off Sale

Concealed Intent, the turn-based tactical 3D spaceship combat game, now has its 1.1 release available. Arriving 2 months after the initial release, this update improves the game with Linux support, various cosmetic and gameplay improvements, bug fixes, and extra content. To celebrate, the game is currently 40% off at both the Steam (https://store.steampowered.com/app/374150/) and Humble (https://www.humblebundle.com/store/concealed-intent?partner=dbolical) stores until Monday 24th October.

A video of the dev playing the new Gather skirmish objective 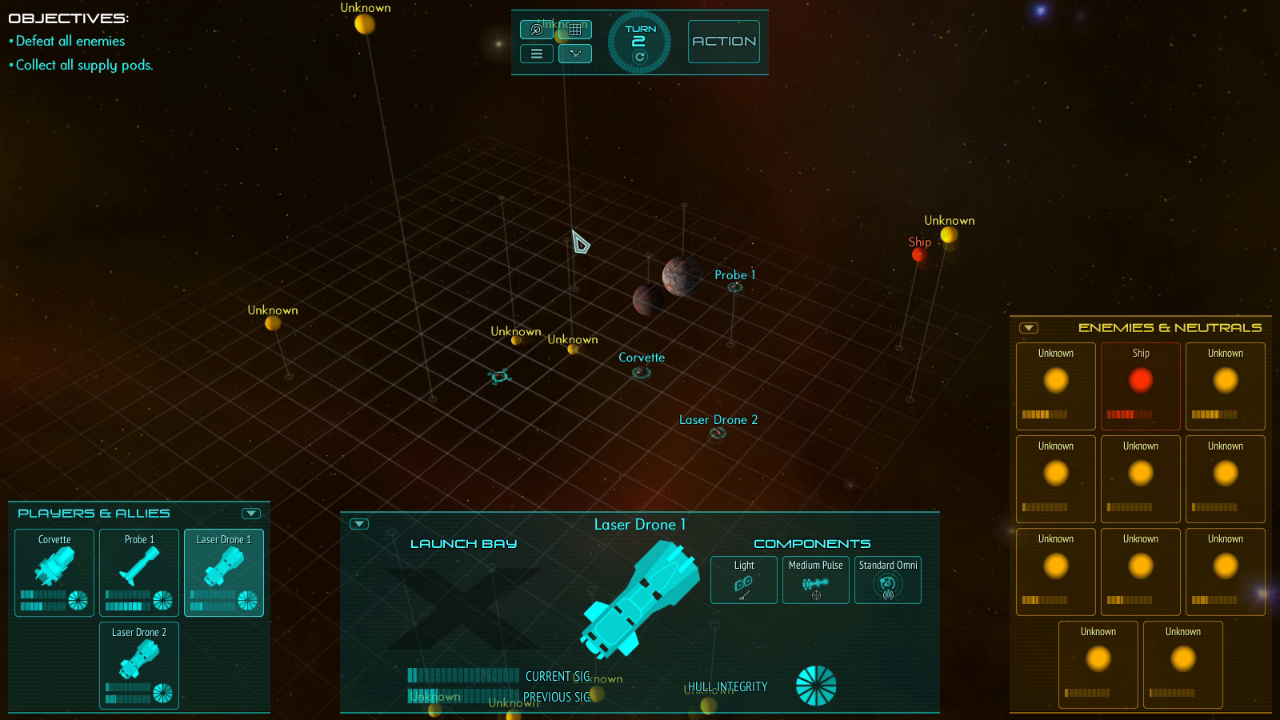 A screenshot of the Gather skirmish 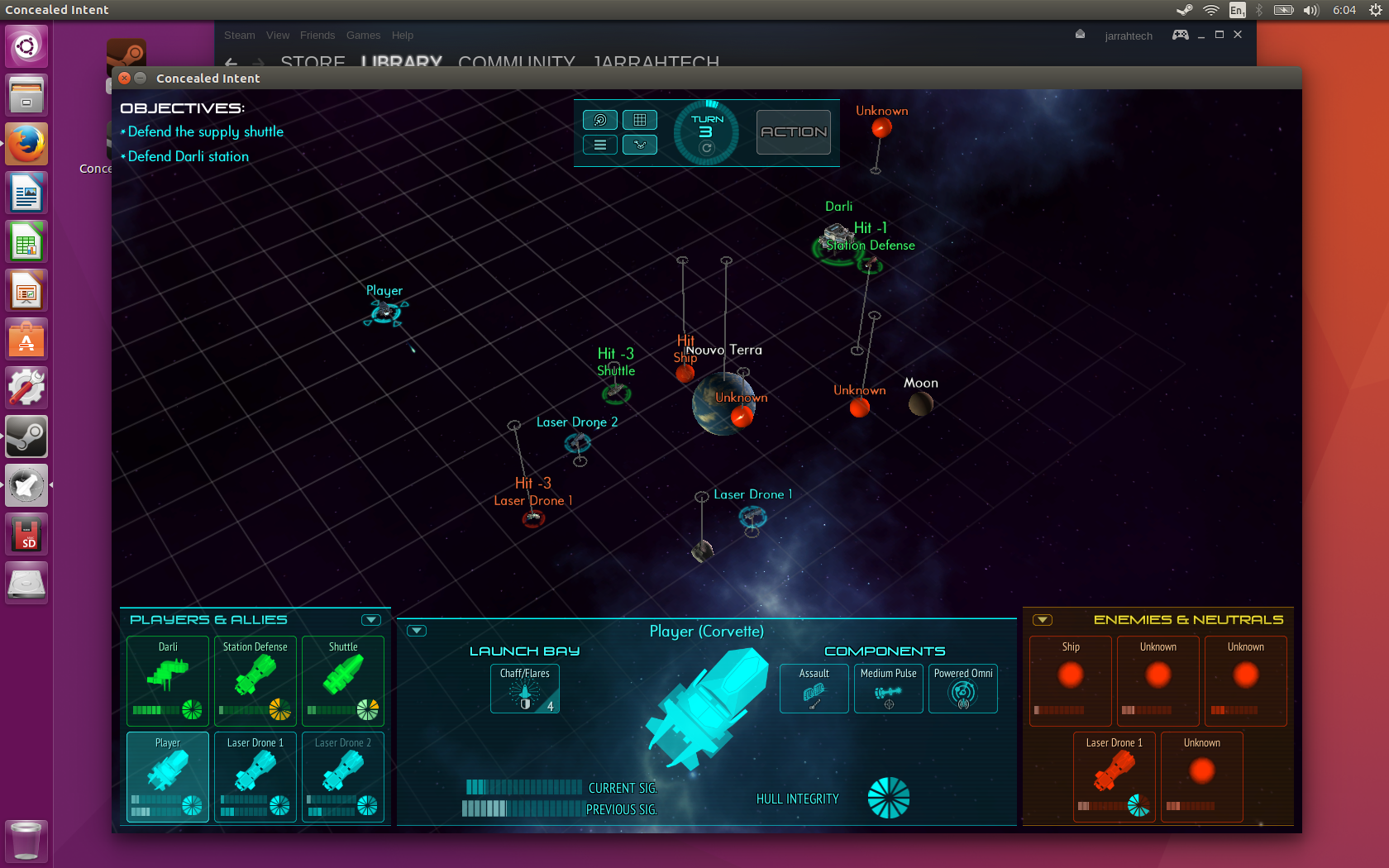 The Game:
Concealed Intent is a simultaneous turn-based game of tactical stealth space combat, strongly influenced by games such as Homeworld and Frozen Synapse. Players control their ships in a fully 3D world - hunting down their enemies, just as they are being hunted themselves. In Concealed Intent you know your enemies are out there, but not exactly where, or even what they are. Concealed Intent includes a single-player campaign, an instant skirmish generator and multiplayer options.

Concealed Intent will not be bundled for at least a year from release. There will be a 1.1 update. There are no plans for paid DLC or micro-transactions...

Concealed Intent, a turn-based tactical spaceship combat game, is now available for PC/Mac through Steam and Humble with a 34% launch discount.

Concealed Intent, a 3D turn-based tactical spaceship combat game, will be released on Tuesday 2nd August (3pm GMT). It has been improved through 9 months...

Concealed Intent in now 33% off on Steam Early Access, and a new version adds "challenge a Steam friend" functionality.

The Protagonist: EX-1 Turn Based Tactics