Initially only 1 helicopter (Mi-8) and the first map is available, next will be unlocked after successfull completion of the previous missions. 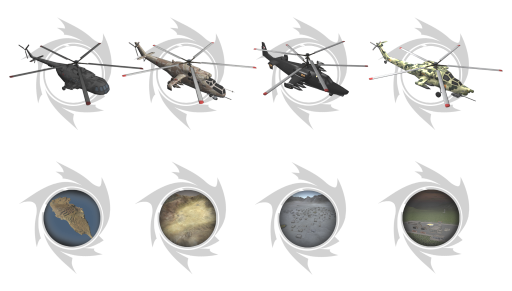 There are 4 checkponts existing in the map, and your goal is to capture all of them.

Each checkpoint has helipad, so you have to land on it to capture the checkpoint. When all checkpoints are captured, game is over and mission is complete.

The faster you do it - the better your result. 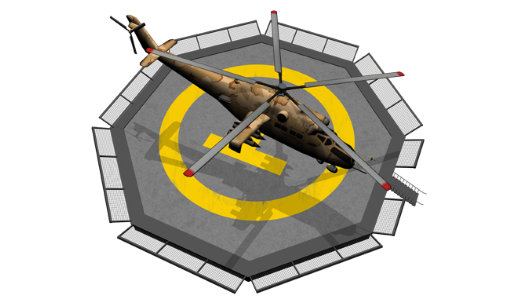 The problem is that all these checkpoint are under enemies control, and they will try to stop you. Enemy forces include assault SUVs or boats with heavy machine guns, man-portable air-defense systems, tanker trucks and camps. Your secondary goal is to destroy them.

There are 3 types of weapons at your disposal - unguided missiles, guided air-to-ground missiles and machine gun. Your helicopter has 3 slots of ammo, and you can choose which type to load in each slot when prepare to the mission...

Thanks for voting and helping Chopper: Attack helicopters on it's quest to become the 2022 Indie of the Year. You are now in with a chance to score some free games. Help this game secure more votes by embedding the widget (or link) we have included below on your favorite sites.

To promote Chopper: Attack helicopters and grow its popularity (top games), use the embed code provided on your homepage, blog, forums and elsewhere you desire. Or try our widget.

Besiege is a physics based building game in which you create war machines and lay waste to peaceful hamlets and lonely outposts. You must build a machine...

Dinosaur Fossil Hunter is a story telling simulator where you play as paleontologist, exploring different lands and searching for dinosaur fossil. Search...

'Fry Me Omelettes' is not like your typical casual cooking game: You as chef, can fry eggs, in whatever fashion you may think of-- A beautiful sunny-side...

Welcome, operator! Join the elite international special operations task force Thunder and rush out to save the world from the evil White Octopus - a terrorist...