VOTE FOR CASH OUT HERE!

Cash Out is focused on replayability, with randomly generated rooms and different builds to suit your playstyle, every raid will be different.

Builds focus on 3 aspects, class, stats and description.
There are 6 classes in the game right now, each with specific mechanics and skills. Stats are minor and determine speed, strength, defence and dexterity. Descriptions are minor passive buffs that apply at all time.

There are three single player game modes. For the people who want to build up their character RPG style, career mode tracks a single character's progress. Quickplay jumps you right into the game for a single raid, with a randomized character. Arcade jumps you in with a random character, but the level is neverending and will get progressively harder.

For even more replayability, modding and online mode is planned, allowing you to race against your friends or build your own levels.

Thanks for voting and helping Cash_Out on it's quest to become the 2021 Indie of the Year. You are now in with a chance to score some free games. Help this game secure more votes by embedding the widget (or link) we have included below on your favorite sites.

Cash_Out Beta 7 has been released!

May 10 2015 News
Want to help cash_out's development? Take a few seconds out of your time to vote yes!

It's been quite a while since the last patch of cash_out! During that time I've added a lot of new content to the game! Along with that, I've overhauled modding and the career mode to smoothen out how it plays! Here's the major changes in beta 7, everything else is bug fixes and balance, check the patch notes for more.

Last patch, career mode was cordoned off from the rest of the game for some serious issues visually and mechanically. Polished up career mode, it now looks, functions and runs SIGNIFICANTLY better!

Career mode now looks much better, and is much easier to navigate.

Besides that, the only thing that has changed is that bypassing levels is much more expensive, and selling items and unique weapons yields you more money.

While small content wise, I was getting feedback that picking up items is pretty jank, and people would like to be able to not have to use the mouse to pick stuff up. As a result I overhauled the way that items are picked up. You're no longer forced to inspect while picking items up.

Highlighting the item you want to pickup makes it easier to discern what item is what.

Now, depending on the option, you or your cursor is near an item, pressing the interact key will bring up a list of items you can pick up. This works the same way as before, but when you let go of the interact key, it'll pick up that item. You can set an option to either pick up items near you, or near your cursor!

I'm still ironing this out, but it is much more smooth and user friendly I feel.

Based on playtesting, I found some issues with the way enemies work. At higher levels, they're too alert, and they're too fast. This shifted the focus way too far to stealth. I've been trying to mix stealth and action, but It was nearly impossible to play like this.

As a result I've changed some stuff when it comes to AI.

Speaking of unique enemies, I've added a new one, the Heavy Weapons enemy is slow and strong, but doesn't need to reload when attacking!

The heavy weapon enemy doesn't move around while attacking!

CLOTHING -> Mechanic's Set. When using the mechanic's set, a small drone will follow behind you, firing at enemies. The shirt increases the damage, the pants increase the speed!
WEAPON -> Rapier. The rapier is a slow sword for stabbing. Compared to knives, the attack range is significantly larger. The further you are from the enemy, the more it does!

The rapier has a very large attack range!

WEAPON -> Sparkler. The sparkler can be used like a knife. When you hit an enemy, the sparkler starts to spark up. The more burnt out it is, the less damage it does!
WEAPON -> Crossbow. The crossbow fires barbed bolts, the more bolts in the enemy, the more damage it does. This weapon is very silent, and missed bolts can be picked up as ammo!

Modding has gone through some major overhauls! Instead of being based off arrays, which is fairly unoptimized, variables can be stored through maps.There isn't too much to say besides that. I've included a very basic mod set with some objects I've made with the scripting system. Again, a proper scripting program will come out when I am on steam.

This bomb block was made with the scripting system!

That's about it for this patch! Like always, the full list of changes is on the patch notes! Thanks for reading, and enjoy!

Cash_Out Beta 6 has been released!

A beta patch for cash_out has been released! This update contains large visual changes, along with an attempt to make the game more user friendly! Check...

Cash_Out Beta 5 has been released!

A beta patch for cash_out has been released! Contains a lot of new content and new mechanics!

Cash_Out Beta 4 has been released!

A beta patch for cash_out has been released! Contains some visual updates for the mansion level and a new set of class skills!

Cash_Out Beta 3 has been released!

A beta patch for cash_out has been released! This patch focuses on graphical updates and a new room system for smoother play.

A beta patch for cash_out! Contains a large variety of new content additions, bug fixes, and modding updates! Career mode is back too!

A content patch for cash_out. Contains many new additions, the biggest is the new HUD!

A beta patch for cash_out has been released! Contains new visual changes for the mansion level and a new set of class skills!

A beta patch for cash_out. Contains various menu fixes, a new tutorial mode and many bugs and balance updates!

Cash_Out has been greenlit!
Thanks everyone for voting!

Great game! Played the beta and totally loved it!
Some random suggestions(ignore if i'm being ignorant):
1.Randomize the room size and shapes, it will change a lot of layouts of a level and present good challenges with more enemies.
2.Support us with some files! Leave some messages written by the enemies and give us tips in there.
3.Make it run fullsrceen, change the height-width ratio.
4.Multiplayer or co-op maybe?

Cash_Out is now on greenlight!

Looks interesting, but corpses sprites better be replace. If you can, of course.

I will be uploading gameplay footage to my youtube channel as part of my 'Lets Try' series, i will post links when uploaded

Loving the game so far by the way, although i would look into aquiring some unlicensed music for your next alpha/Beta release.

Will the game cost anything when it is finished?

I'm planning on releasing it on steam, thinking 5 dollars. I'm also planning on a free "demo" version though that just has arcade mode (which isn't in yet.)

Stop while you can, don't feed the monster that is Steam Greenlight

Technically he doesn't have to go through Greenlight. There's the old slow process of going directly through Valve to have it added on Steam which, as far as I'm aware, is free. 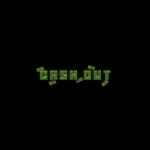