Crimes have been running rampant in this city, and the cases are piling up. As the legendary attorney Conrad Cross, you'll be tasked with exploring the crime scenes and tracking down leads as you uncover the mystery behind a series of murders that are somehow connected. Ominous organizations, spies, and rebel groups are all after a seemingly harmless piece of computer hardware that holds a deadly secret. As the situation develops, you'll have to use your skills in logic and reasoning to outwit the criminals who want to escape your grasp of justice.

The burden is on you to present what you've learned in the courtroom, and to counter your opponent's statements with smart remarks. The Judge has acquired Counselors who have a say in the verdict, each with their own personalities. To succeed, you must not only convince the Judge, but these new Counselors as well! Cross-examinations are vital to drawing the truth out from witnesses, and your evidence is key to developing the court's understanding of the crimes you face. However, the culprit won't always go quietly. In moments of panic, you must shoot down faulty reasoning with contradictory evidence in order to bring the Counselors and the Judge to your side. You have the power to choose whether or not to object when a controversial statement is made in the courtroom, and your choice could either help or harm your case. Choose wisely, and demonstrate your understanding to the court in order to get the verdict in your favor!

Thanks for voting and helping Burden of Proof on it's quest to become the 2021 Indie of the Year. You are now in with a chance to score some free games. Help this game secure more votes by embedding the widget (or link) we have included below on your favorite sites.

Since Skyway was released, I have been working non-stop on new projects. One of them I've abandoned early, but another I've been working on for over a year. It's called Burden of Proof, and it's a Visual Novel/3D adventure hybrid game that puts the player in the role of a lawyer named Conrad Cross. It's quite heavily inspired by Ace Attorney and Danganronpa, in that you must solve evidence-based puzzles and explore crime scenes. But where it differs is that the game is entirely in 3D. 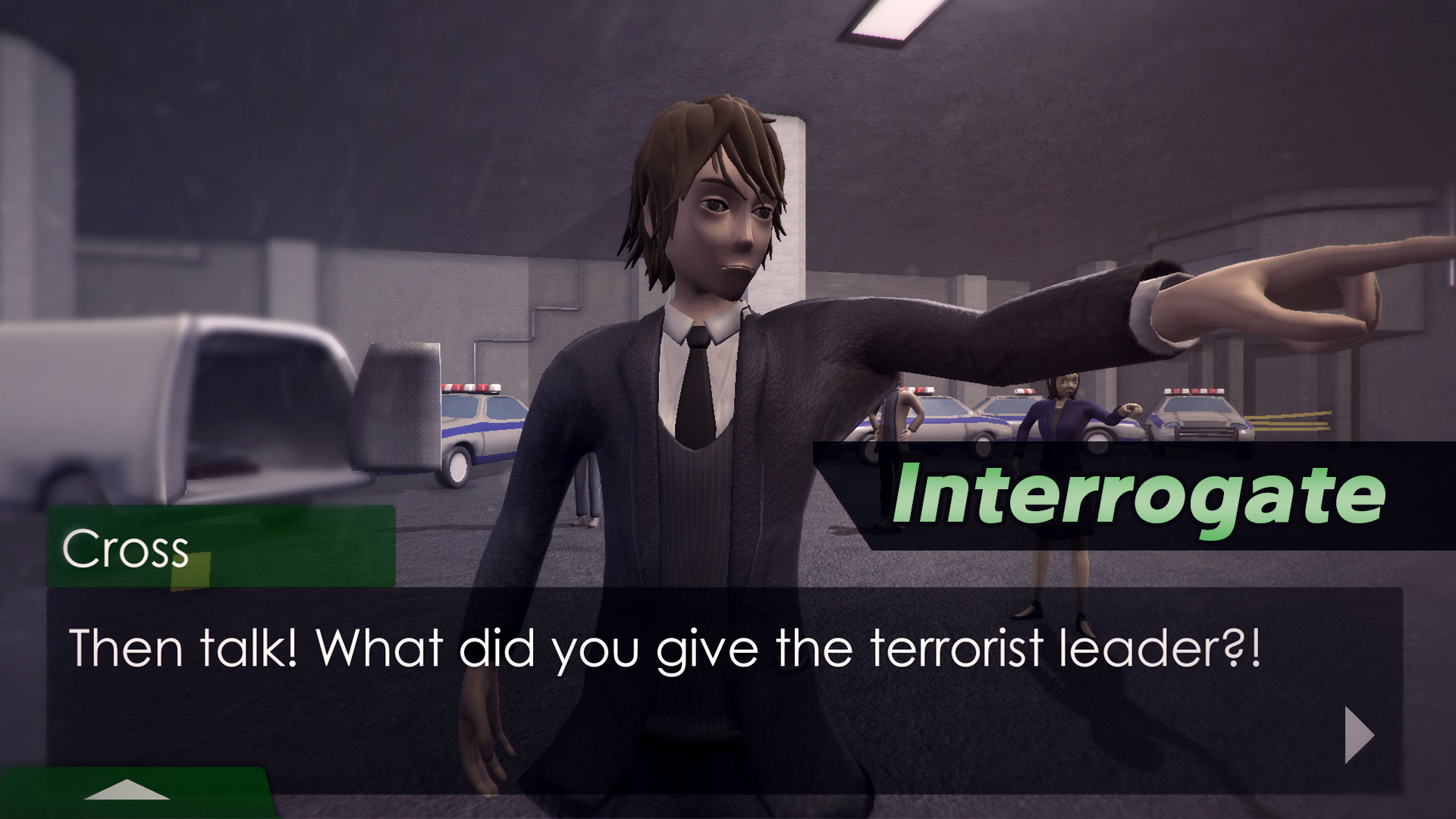 It has been a real challenge for me to develop this game. I've spent quite a few hundreds of hours doing... everything. I've been programming, making art, modeling environments, animating characters, writing music, designing UI... everything. Just like Skyway, this was a one-man mission. And it's tiring.

Many times over the past year I've wanted to give up and start something new. Many times I've wanted to cut corners find a way to salvage what I had. But I didn't want my work to be for nothing. I've canceled too many projects and left so much unfinished in my early days of game development. I stuck with it. I knew from the beginning that it would be a huge challenge in terms of content creation. The programming and ideas were all things I easily figured out, but when it came to making the *content*... it was a huge strain.

I had to write several hundred pages of story, which in itself was already too much for me to handle. Then I had to insert that story into the game, which isn't just a copy-paste job. Every line needs animations, camera angles, visual effects, audio cues, and more. Even things like changing the text speed when someone speaks with an exclamation had to be done manually. But it's done. It's finally over. I can't stress enough how much work went into every part of this game, yet there are still things I felt didn't turn out that well. Overall, this is more than expected this game to be, yet also not as creative. Cut mechanics, rushed animations, and an abridged section of the game are all sacrifices I've made to have this release on time. But in my opinion, it's way better to have something finished and as polished as possible than to have something that expands out of proportion and never releases.

In the end, this is still an indie title by a random developer most people have probably heard of. Some of the characters are under-designed, some of the levels lack detail, and some of the story is contrived and lacks subtext. But at the same time, some of the puzzles and situations are well thought out, some of the characters have a real charm, and the close-knit connection to everything ties the game together for a consistent experience. In the end, I'm proud of how much I've improved from Skyway, and that's all I can really ask of myself. As always, I'm very transparent about what my games are. This is a Visual Novel at heart, and the graphics and writing quality are clearly displayed in my trailers and screenshots. I've honestly pushed my own limits for this project, and I wasn't able to achieve the same polish a AAA team could put in for something like Ace Attorney. But that's okay. I'm not a AAA team. I'm just myself.

No matter how much I've wanted this game to be something else (there's plenty of things to improve on) this is really the limit of what I could've accomplished in the past year. Considering all the issues I've had in my personal life recently, this game has almost made things worse. Every day I would just come back to this project, working my butt off to make it better. It would be my creative release, but also my horrifying chore. I've known from the start how much work this project would need, but I underestimated how much I can deal with at one time. I didn't plan for everything to hit me at once. I'm sorry if that was a little personal, but that's gist of what I've put into this game. I think some of that stress shows in my work, and in the future I can look back and remember these times.

But enough about that. I've learned a lot and I've already got ideas for my next projects. In the future I plan to make projects that are more manageable and that focus on quality of content instead of amount of content. But I'm glad I at least tried to make something like this. Burden of Proof should feature over 15 hours of story to play through, and plenty of challenging puzzles; a far cry from Skyway's 2 hour campaign and severe lack of characters.

I think the game really shines when the player gets caught up trying to understand the crime scene during the court sections. And I think there are some great character moments and fun little easter eggs that players will enjoy. There are plenty of references to my previous games, and I can't wait for players to really explore the world I've been building.

Well, this really turned into a development post instead of an announcement... but that's okay. Burden of Proof has entered the scene, and it'll be releasing in just a few weeks. I'll update this page soon with the Steam page link and more details on what the game is about. You can follow me on Twitter to keep up with development! And you can watch the trailers on my YouTube channel or right here on IndieDB. Thanks!

I think this game holds great potential! Good luck to you sir!

Very good! It is similar to Hexepta: Logic Hack, Hexepta: Mayor Attack, Acquittal: Induction and Regeria Hope from what I can see so it should be great!