First-person stealth-'em-up Budget Cuts, a game which has fast become a star title for the HTC Vive, has just released a playable demo on Steam. Exclusive to the Vive, Budget Cuts sees you infiltrating a corporation guarded by hostile robots, armed only with throwable objects that you find in the environment, and a teleportation gun that helps you move around the level. 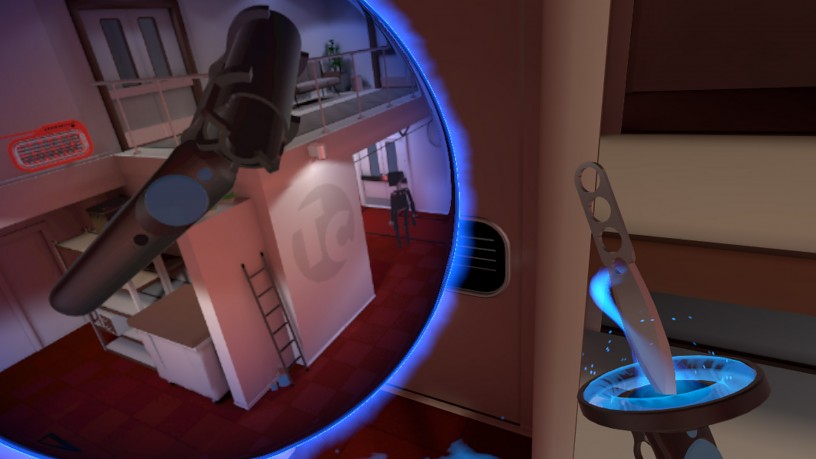 Developer Neat Corporation calls the release a "Premature Demo Edition" and states that the game is still in "pre-alpha". According to Road To VR, Neat Corporation's Joachim Holmer says the plan is to have the game out by the end of the year, and for it to be roughly equivalent to the original Portal in length.

IGN has posted an extended walkthrough of the game, which you can check out here if you don't have a Vive yourself to try it out with: