Dark Storm: VR Missions is a single-player stealth/action title developed by Fenrir Studios and inspired by classic games such as Metal Gear Solid and Deus Ex.

You can support Dark Storm VR Missions and our main game Dark Storm Ascension on Patreon!

Use the button bellow!

Choose your preferred playstyle to tackle the game’s different scenarios, be it gripping stealth or intense action; you have the power to be as covert or as gung-ho as you desire.

...But Prepare to be Matched

Play how you want and the AI will match it. The game’s Dynamic AI enemies are programmed to react intelligently to the player’s every move; flanking, calling in reinforcements or even tactically retreating depending on the situation.

Dark Storm takes place in the near future, the year 2034, and the tools you have access to in the game reflect that. Alongside various unique weapons, you can also pilot a deployable drone to pinpoint enemy patrols, hidden positions, or a faster route to reach your objective and take advantage of the Sya Enhanced Projection system to view real time information about your enemy.

Discover an Original and Immersive Narrative

Dark Storm isn’t just a video game, it’s an experience. As you progress through the game you will discover hidden text and audio logs that add depth to the storyline and breathe life into the Dark Storm world.

The story features professional voice acting for cutscenes, AI and characters. Voice actors include Danielle McRae (World of Warcraft and League of Legends) and River Kanoff (Heroes of Newerth and Dust: An Elysian Tale), as well as a number of up-and-coming indie talents.

Dark Storm is developed by Fenrir Studios, an independent game development studio founded by a small group of game design enthusiasts in 2012. We pride ourselves on three key principles: ambition, quality and honesty.

We welcome comments and feedback on our Steam Forums or via Twitter, where you can also receive regular updates about the development process. Team members also regularly stream what they’re currently working on via Twitch. Be sure to also check out our Patreon page if you want to support us further. 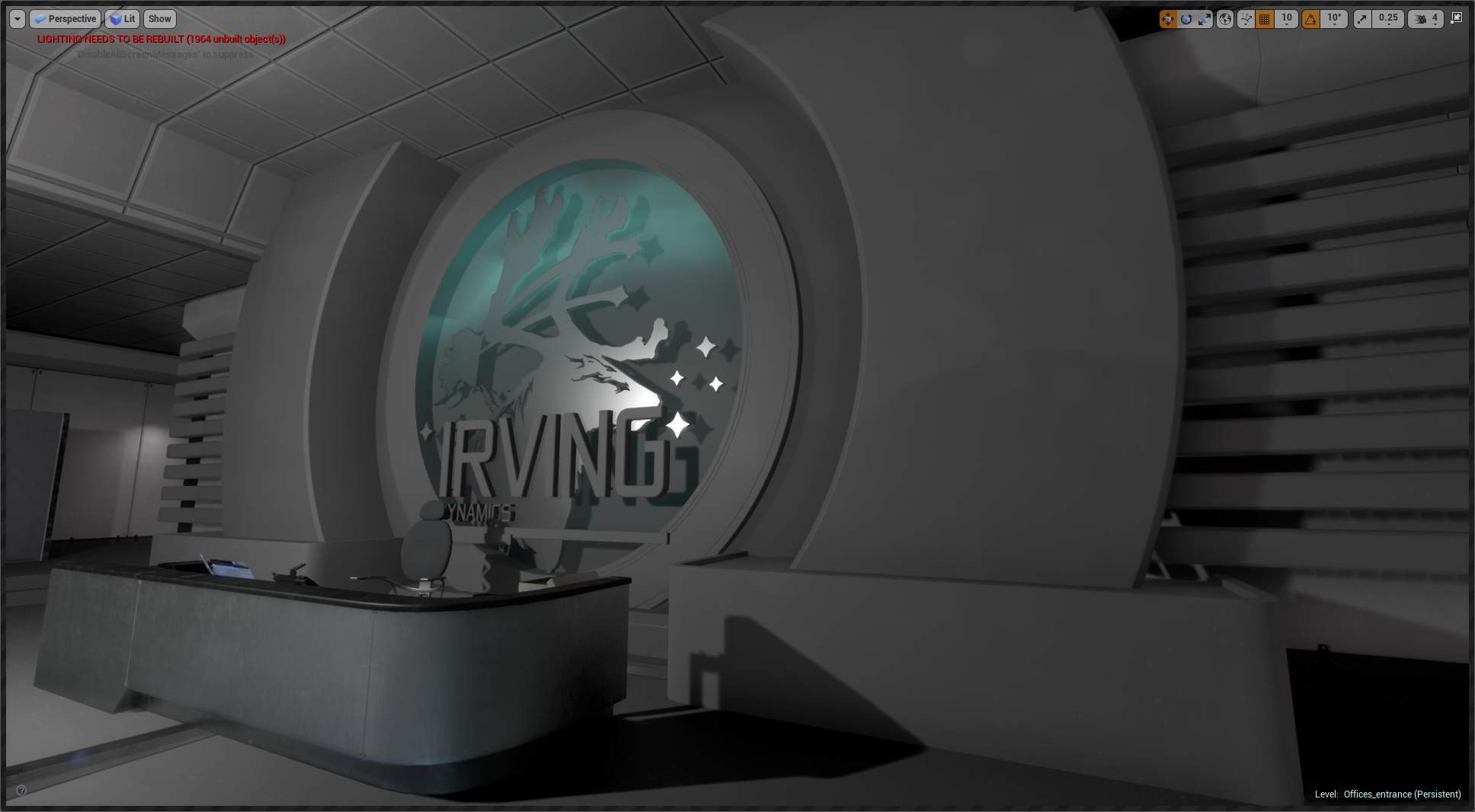 Now Weekly devs will be switching out and doing weekly Sunday updates to clue you guys in on our development process and the hurdles we overcome as a team.

The Music of Dark Storm

Someone and something we tend to neglect is just how important music is to any sort of medium. For our project we've been gifted with the talented Georg Mausolf to bring our world to life through his music. Heres a few drafts we're going to be circulating in our internal builds!

We also have a new url and no longer will be using the old adarkstormiscoming.com (it's been retired). It has some new content on it about the VR Missions and Ascension and we'll be throwing up posters and other designs for people to buy soon that will help support our development.

Team Discord ^ A Link to our Team Patreon! ^

We weren't very thrilled on the reception of the VR and just generally the update schedule for it. We've been working internally to revamp the SP VR with better tutorials and to introduce a 3 tier mission system.

Below is an example of our Tier 3 mission opener where you would choose a weapon and start the time trial.

Joshua so elegantly suggested we make a better design so we went with this kinda approach. So we're making the world fade out in segments in the next version and getting that ready for playtesting to look for bugs. 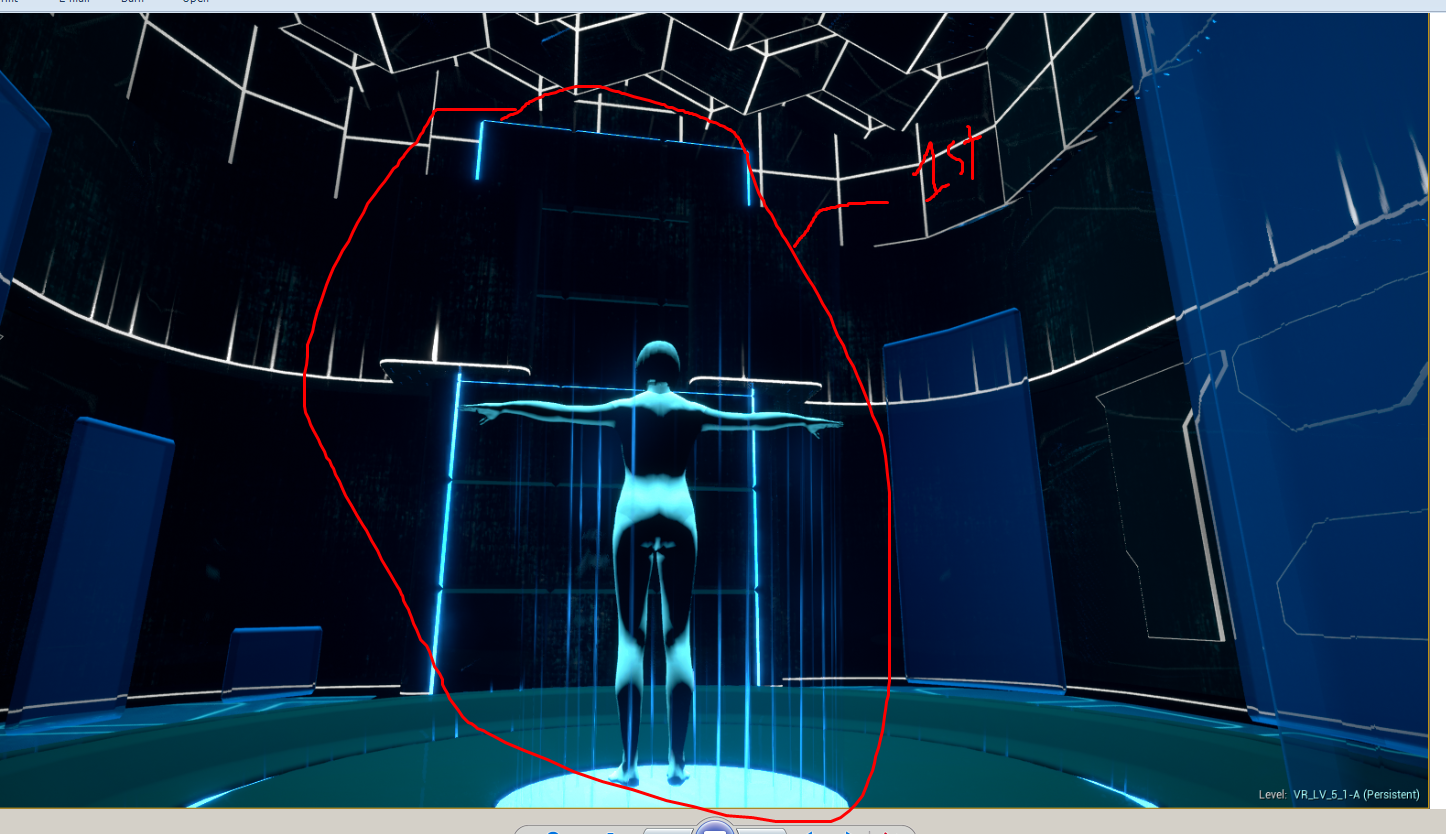 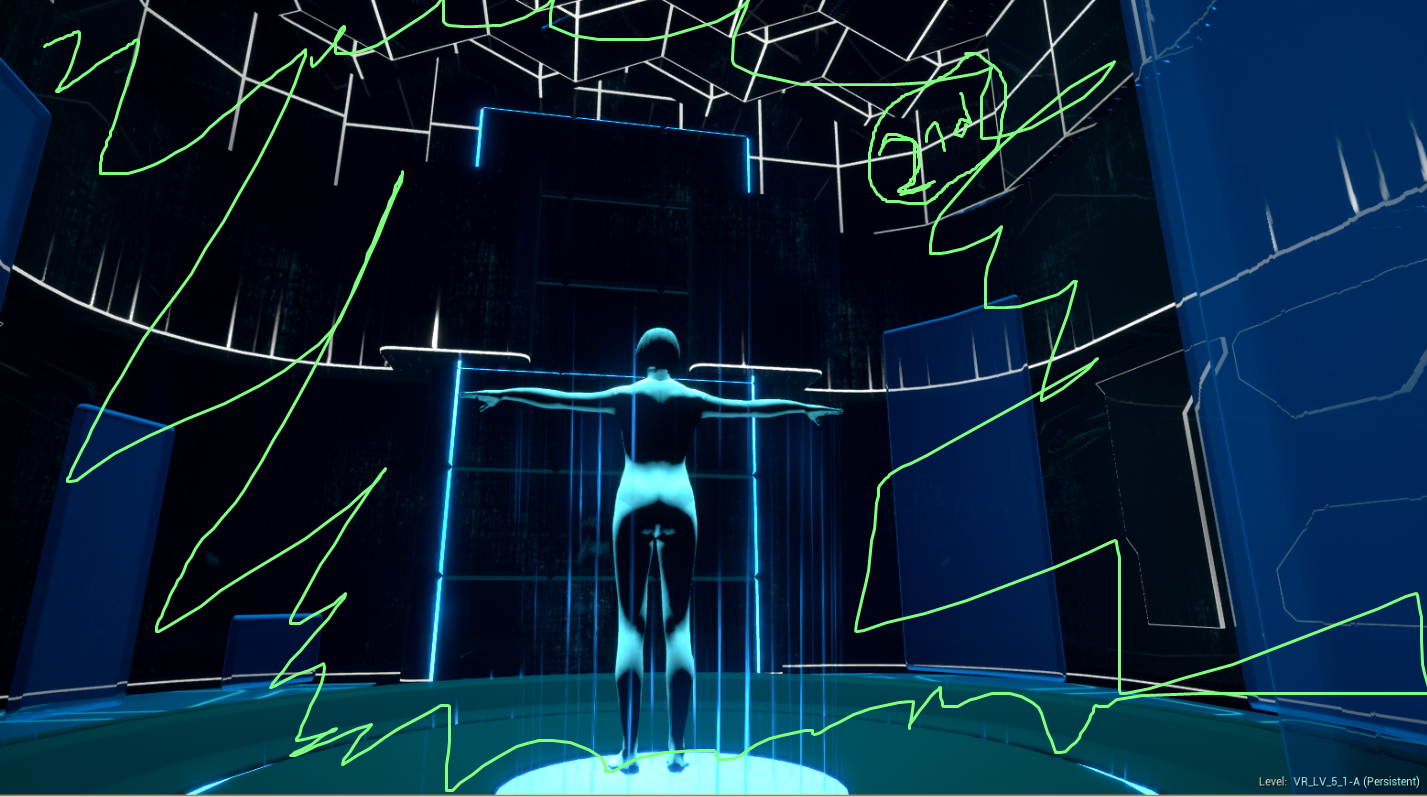 Tier 1 Missions being entirely Sneaking or stealth, Tier 2 being Missions, think assassination or companion missions to escort hostages to a evac point and finally Tier 3 which are Time Trials where you try to maximize the amount of carnage you can dish out and are scored on how creative your kills are.

So a lot of new content is headed to the VR
once it passes internal testing!

Animation as a Whole

We're also working on setting up a IK system in the engine to attach the left hand to the gun so it's less jarring and we're working to cleanup some systems related to that. We're not quite happy with the aim node resolves we're getting stock in the engine for the first person view.

Heres an example but you can still see slightly some jitter and movement with the handles translating between the aimnode poses. We have a basic IK in place but we're going to be tweaking and improving it to make it completely seamless. Its totally more noticeable in the 1P Aiming related stuff. But its getting better over time and trial and error.

Here i'll show some of your animations some of the best you guys have done so talk about a few your proud of to give me to show for the animators as a whole.

We're huge fans of Half life so when we started the conversation on main menus we knew there was no way we weren't going to make fully dynamic ones that are from the levels and areas you'll play and explore. Heres our first pass of those goodies!

Keep in mind we're still using the VR layout for the top banner we haven't finalized the one for ascension yet.! Only the people that buy Ascension will get it. The VR build will receive a few dynamic ones themed to those missions once we allocate time to it.

We're currently testing the builds internally and revising as needed for gameplay bugs and other issues that might pop up performance wise. Finalizing UI's like the following and importing and configuring them into the UE4 Widget system. 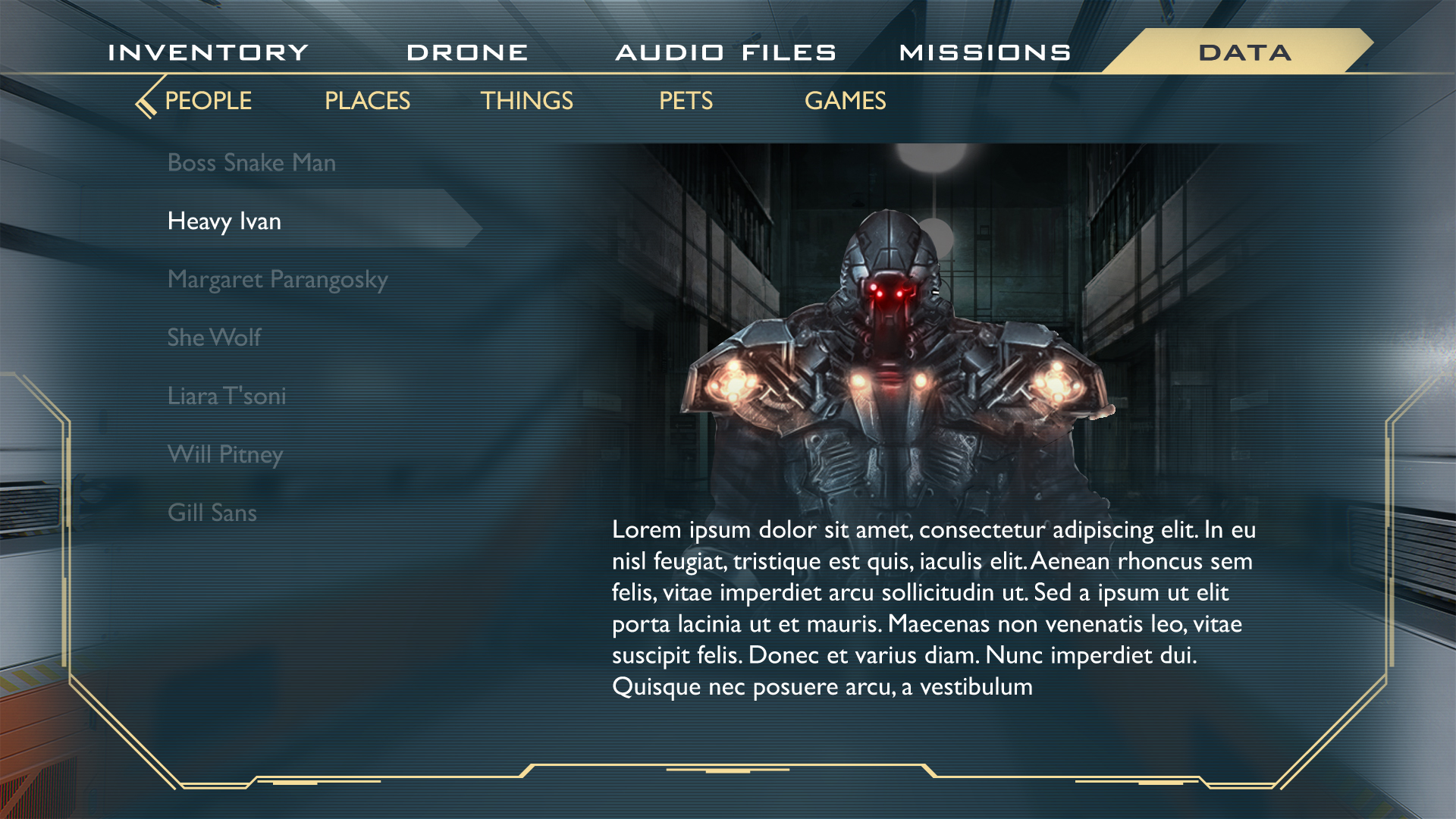 In the next 2-3 months we hope to open up development so we can start doing closed beta testing. Remember Paterons get priority but we will have applications for anyone that is interested in lending their opinion in these stages of development. 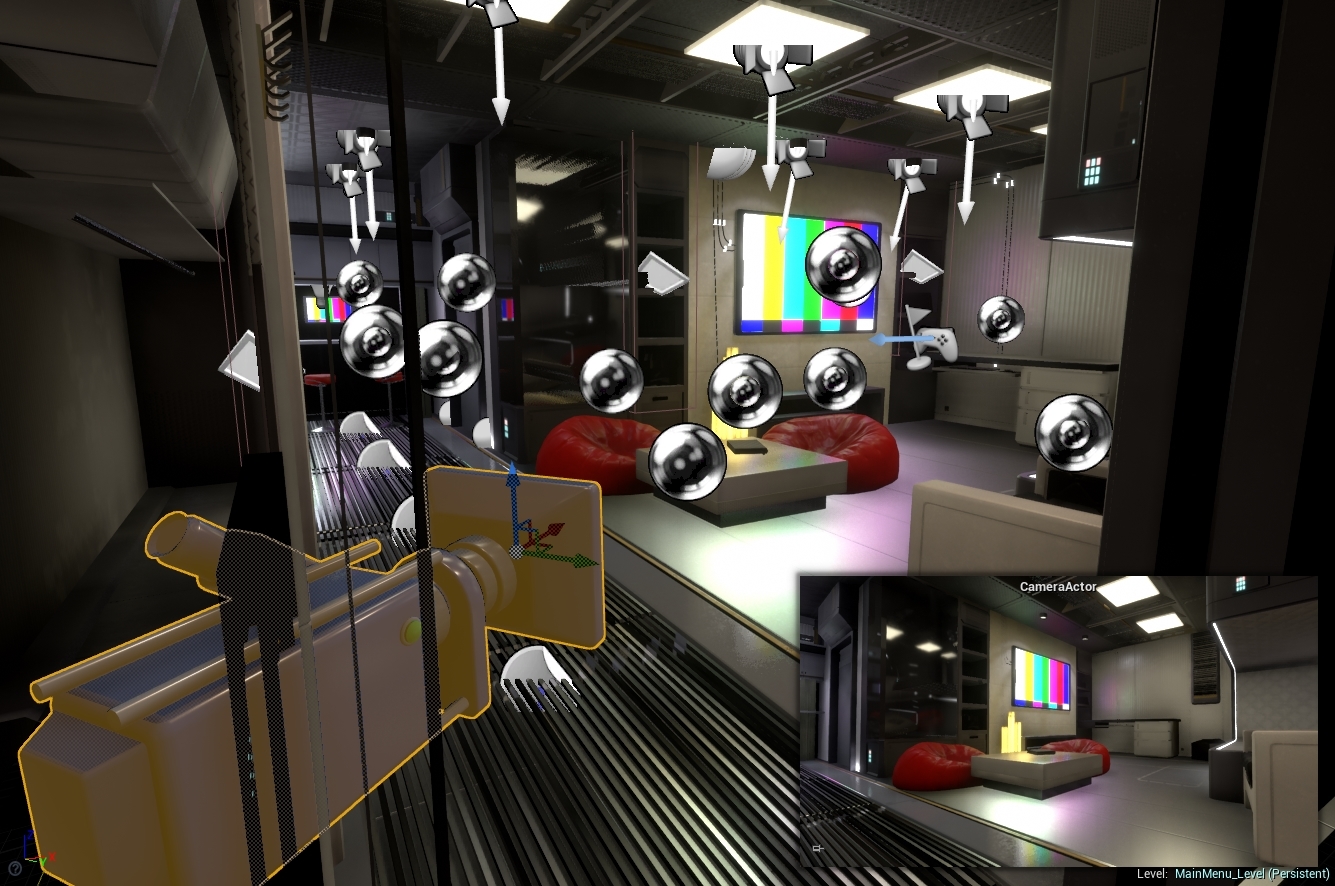 And last but not least we've been revising the last hour or so of the first chapter to accommodate more tactical choices of how to use the environment to their advantage. 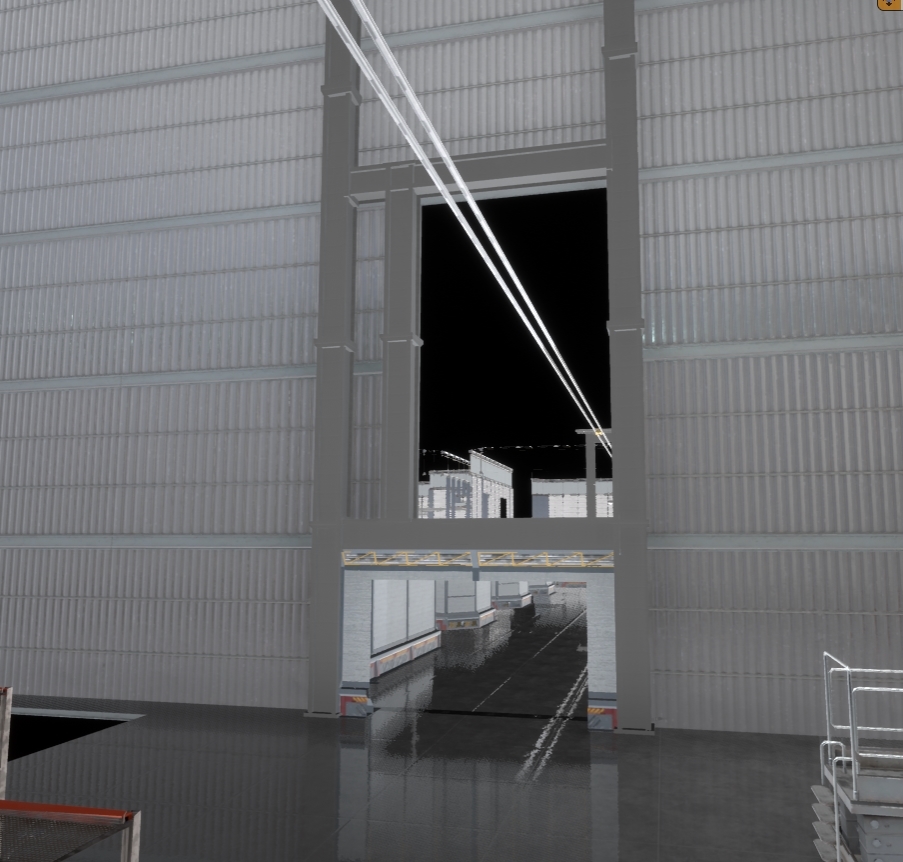 We've taken to improving and expanding upon the previous Vech Bay and Entrance to it to allow for high level sniper gameplay between the Player and the Sniper class. 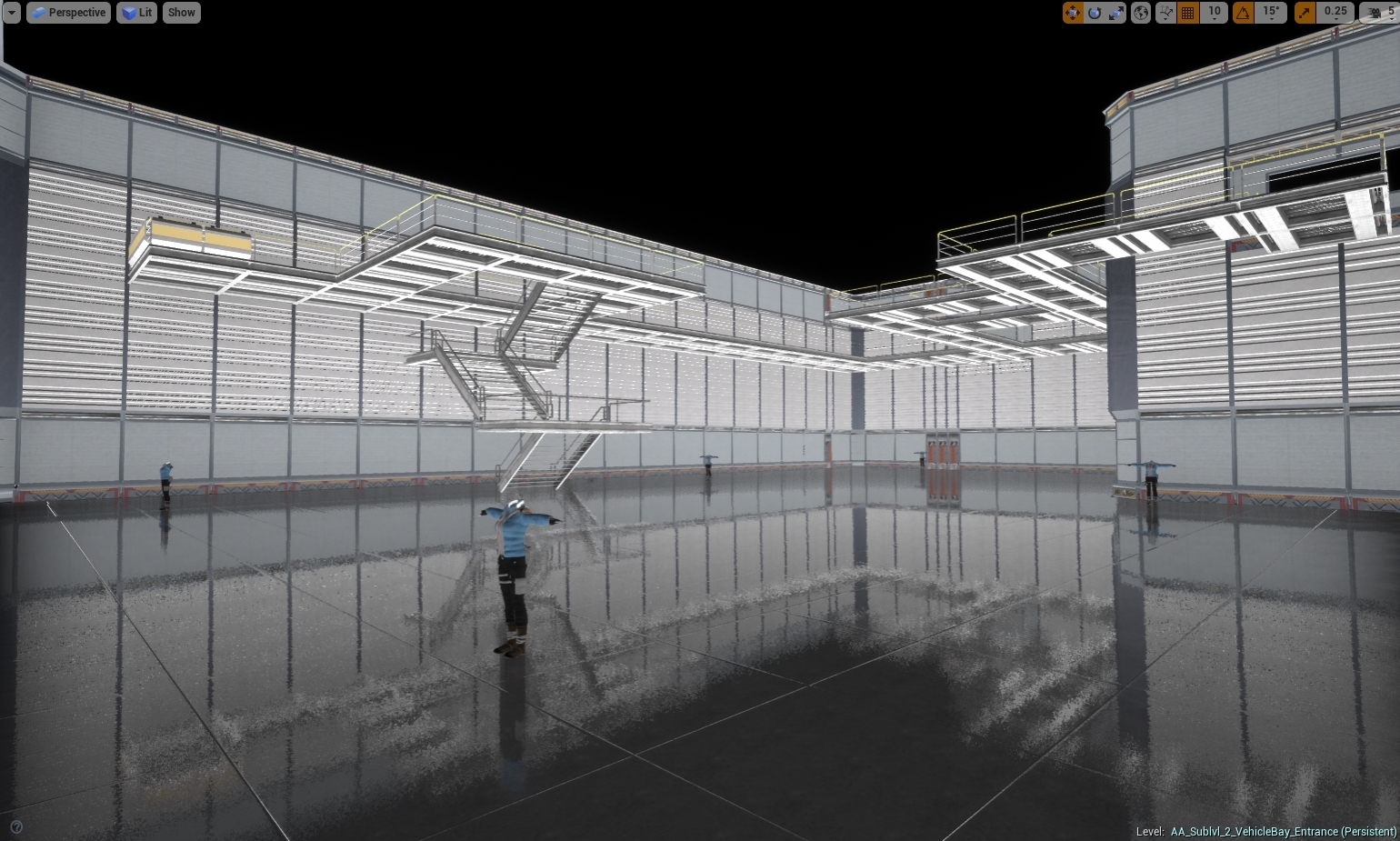 They will play games with the players and cloak perched on sniper vantage points to pin and kill the player as they travel through this section for their objectives. But we introduce multiple ways of outsmarting them via the player drone to using vents, alternative catwalks to scout and branching paths to give the player more choices on how they accomplish their goals and avoid them altogether if they think out their situations. 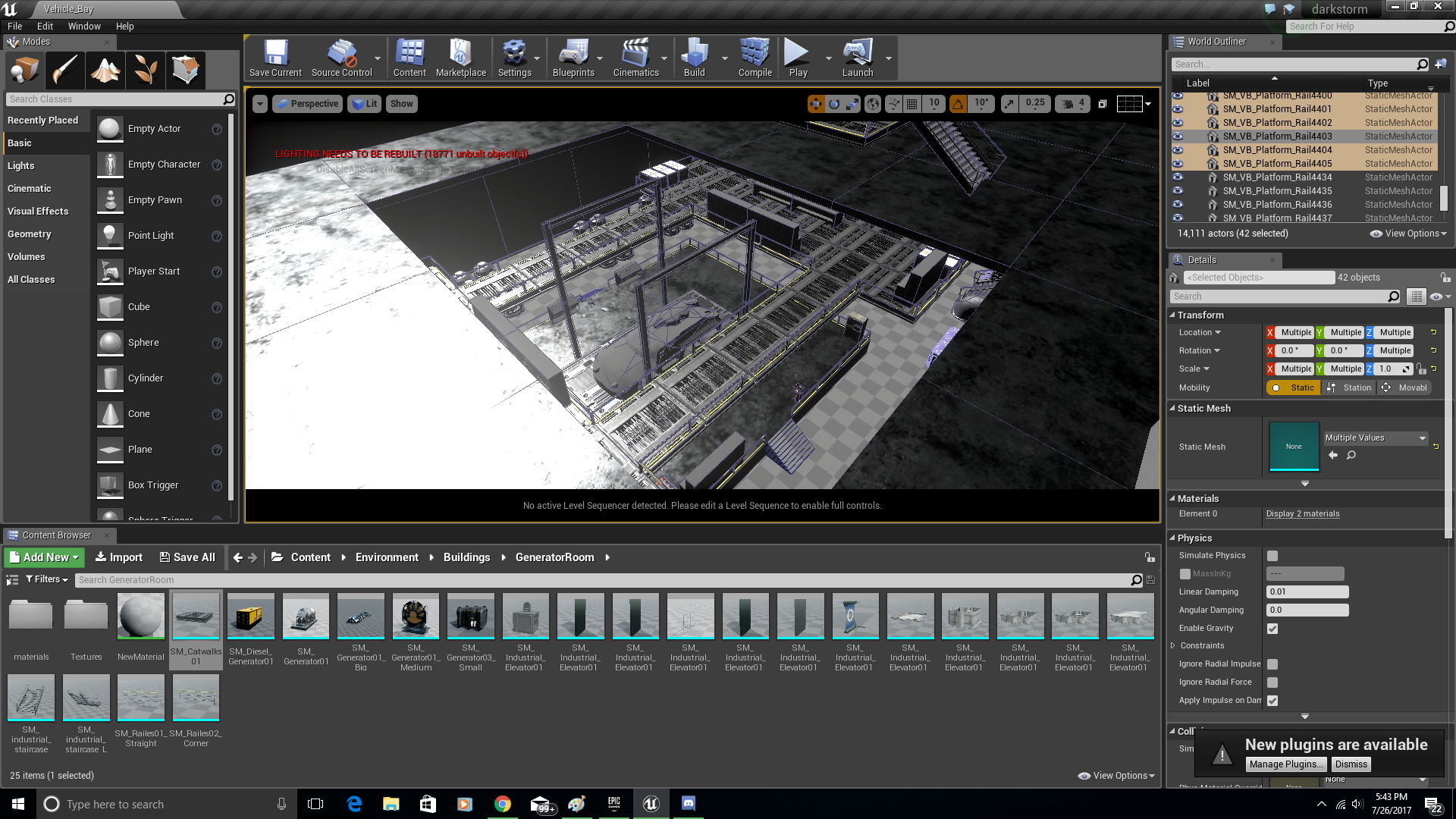 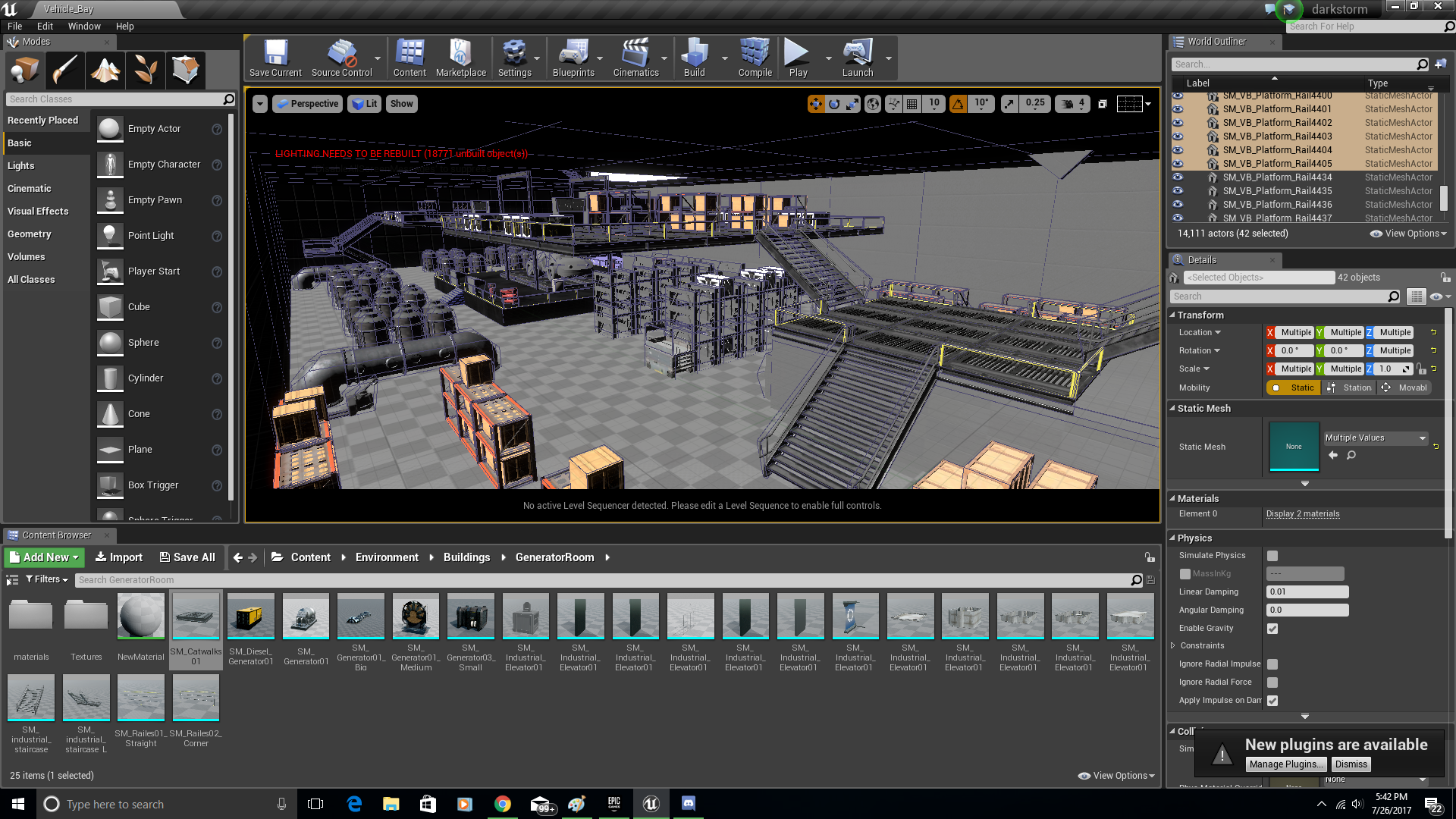 Over the past year we've had quite a few successes and failures! In this article I will attempt to catalog and go over these events and give some insight...

Over the past 2 months we've been using extensive profiling and memory analysing tools to ensure we are properly utilizing all computer resources available...

In this dev blog we go over how the animation division is progressing and programming in their respective dev videos this week.! New dev Updates are now...

Our Team's Intent for Ascension and the VR Missions

In this comprehensive update we go over our schedule and our goals and plans for this year and next. From Ascension to the VR and our plans and goals...