Bornholm. Today, a quaint island in the Baltic Sea. In 2155, a sprawling metropolis competing with major world powers. Thanks to its space elevator, a technological marvel built by Bornholm's corporate consortium called 'The Conglomerate', few nations on the planet are more influential both in industrial matters and matters of space exploration. 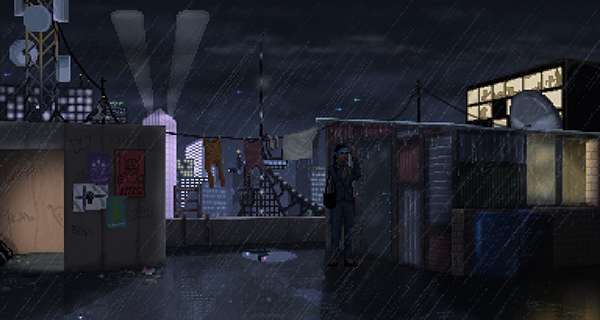 In Born Punk, the player slips into the role of three persons (well, two persons depending on who you ask) living on the island: Eevi, a corporate combat hacker turned bartender down on her luck; Mariposa, the CEO of Bornholm's biggest corporation; and an android who calls himself Grandmaster Flashdrive. And there's a cat. The player can also play as the cat. CAT. 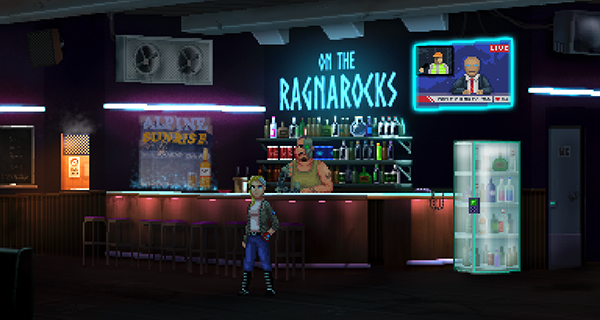 The three characters (not the cat) have one thing in common: they all, one after another, get possessed by a strange entity of unknown origin and even less known intentions. They must work together - and sometimes against each other - to find out of the nature of that being, what it wants, and why it seems to think that its 'mission' is of vital importance for the future of humankind.

A classic point-and-click adventure experience: whilst we're proud to feature our very distinct style, we are heavily influenced by games like Monkey Island or Beneath a Steel Sky and try to please both veteran afficionados of the genre and newcomers alike with a traditional pixel-art appearance and streamlined, modern approach to game design

Movement everywhere: you won't be feeling like you're walking through a still life painting; Born Punk's world is alive and full of animation, soundscapes and little details to discover

Choices and consequences: often, it's possible to approach dialogs and puzzles from different angles. As a result, potential interactions with other characters, the difficulty to overcome certain obstacles, and the results of some actions will be slightly to majorly different

Full voice-overs: every character in Born Punk and every line is voiced by professional voice actors

Bombastic music: the main theme and various other tracks are composed by Jeff Kurtenacker, composer of Wildstar and choral arranger of World of Warcraft. Jeff is joined by a merry band of synthwave musicians to bring to you a genuine cyberpunk atmosphere with a nordic twist

Let's be serious, it's funny: Born Punk is science-fiction with heavy cyberpunk influences; but we're also boasting a hopeful, often humorous undertone. Point & click adventures without at least a bit of humour are unthinkable to us!

A comprehensive universe: there's lots of background info to read and experience, which gets added to your PDA as you continue to interact with the gameworld. Lore nerds should be happy about this! Sometimes, in-game lore will also serve as a gameplay mechanic. 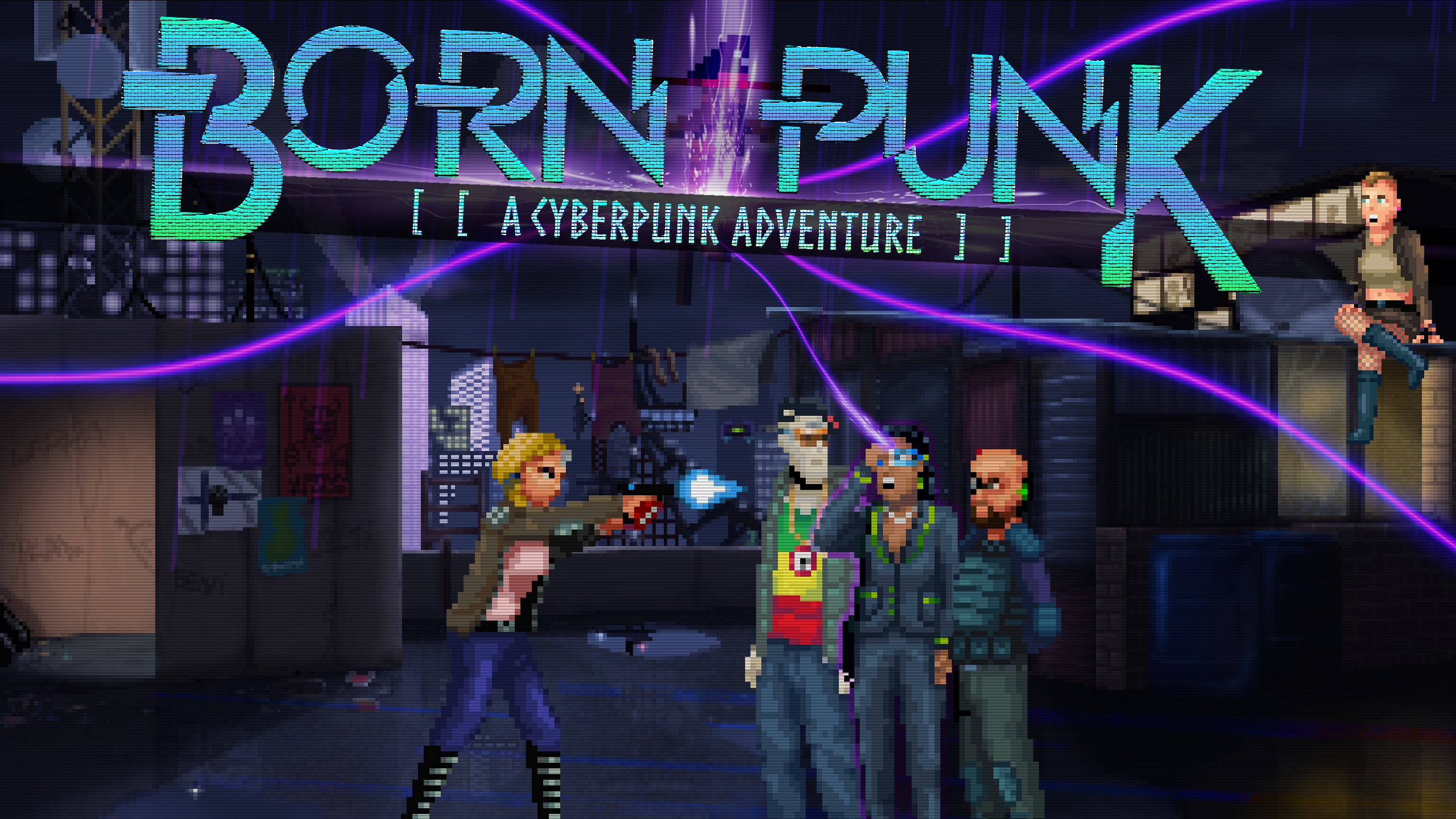 To promote Born Punk and grow its popularity (top games), use the embed code provided on your homepage, blog, forums and elsewhere you desire. Or try our widget.

An old-school point-and-click sci-fi mystery adventure game set in a futuristic building. mAIn COMPetition is a first official game made by Lunar Shuriken...

A 2D point and click adventure game in space! Eat some sandwiches and save the galaxy! The story of Bik follows a young boy who is abducted by aliens...

In 2062, Men from Terra have access to a new technology from a mysterious Black Cube they found 5 years before. With this new power, they decide to explore...

You wake up in a hospital with no memories... You are in Buenos Aires in year 2035 and the city is under the control of a military organization. Suddenly...

Uncover the darkest mystery of all: your past. A man without memory but with an hyperadvanced computer in his brain tries to discover who he is and why...

Gods Will Be Watching

Gods Will Be Watching is a game about hard decisions and moral dilemmas in order to survive. A point’n’click adventure which presents a series of...