That ascent to power may be through the path of a warmonger, utilizing brute force, tactical foresight, and utter domination to bring the powers that be to their knees. Or by the light of technologic superiority, turning back the onslaught of many with a few, while supplying any you deem worthy, the necessary equipment to defend their own people. Perhaps trade is your avenue, seeking financial security by dealing anything and everything to the highest bidder, from the smallest of scout craft to the largest of capital ship, or any of the nearly limitless unique resources, while saving only the best for yourself. Maybe you would prefer to influence those around you behind the scenes, through espionage and deceit, as you order your spies to cripple your enemies from within while selling their secrets to anyone willing to pay for them. Should you find yourself up against dangerous odds, you have the choice of recruiting other leaders to serve in your empire as field marshals. Their permissions could range from simply managing your communications, to aiding in the production of your fleets, to commanding your war efforts on the front line. This is your empire, let no one separate you from your calling and let no one stand in the way of your greatness. All of this and more is possible if you are willing to venture, Beyond Protocol.

Beyond RTS
Beyond MMO
Beyond Protocol

i saw your ad for this on AE and i am going to dll the beta. looks AWESOME

I've been playing the closed beta sincce may and i must say while there are certainly many things to adress the developers are working very hard, they are much present in development and most important the game idea is solid.

Engines of War brings you nonstop Real Time Tactics action from the first second of the game: You are the pilot of one of the massive combat vehicles...

Lead. Fight. Win. Gain resources, build your own army to lead it into a battle! Create your own strategy, survive in difficult conditions and then break...

Take command of the resources of an entire world to build up massive armies, research new technologies and annihilate all those who stand in your way...

Project: Warcry (Working title) is a 3D science fiction RTS game based around squad, vehicular and aerial combat with base building, resource gathering... 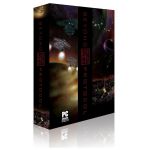 Tags
Embed Buttons
Link to Beyond Protocol by selecting a button and using the embed code provided more...