Turn based strategy wargame in a fantasy setting. Available now for iPhone, iPad, and Android devices, later on PC and Mac!

Battles And Castles has been released for iOS!

Battles and Castles is turn-based strategy game inspired by such famous games as Heroes Of Might and Magic or Civilization. Recruit knights, discover mines and treasures, build houses, stables, academies and fortifications to fulfill all the missions in campaign mode. All of this takes place in mysterious, fantasy medieval, complete 3D world. 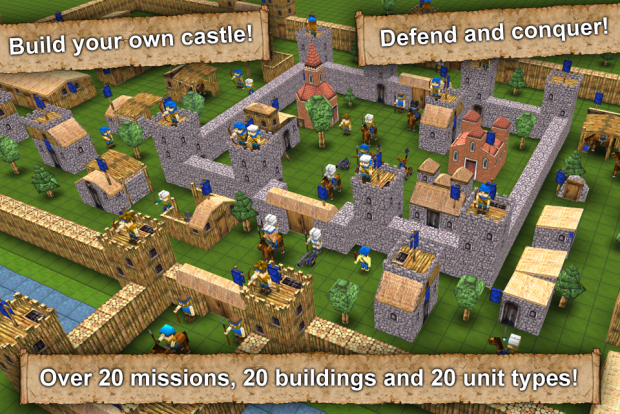 In next updates we plan to add:

I want this game!

looks awesome!
Could you please make this work for the Blackberry Playbook in .bar format?
I extremely can't wait for this to be released for android but the chances are this won't work on my galaxy y so i realy want to fully enjoy this on my lovely powerful playbook? (:

Twitter
Tags
Embed Buttons
Link to Battles and Castles by selecting a button and using the embed code provided more...