Barrage is a fast-paced, Multiplayer game, combining FPS and RTS elements. Imagine a mix of Tanks (that old 80s game) and Starcraft... in space! Your goal is to transform your homeworld into a bristling fortress of missile turrets, laser weapons and even bigger weapons of mass destruction. On top of that you need to keep track of your economy, colonize other planets and, of course, destroy your enemies!

Hello and a warm welcome to 2016 from us here at Tectonic Studios!

Last year was an exciting one for us as we released a build of Barrage to people outside the team for the first time. We’re really happy with all the excellent feedback we’ve received from our alpha testers and have decided to go into deep development mode to make Barrage as good as it can possibly be in 2016.

There’s been a bit of radio silence for the past month, so let’s take a look at the current state of affairs. Before we get to that, we’re pleased to announce that Isaac has joined the team as a helping hand for PR and upcoming tests.

Note: for those of you that missed out on the Alpha test or already signed up but didn’t receive a mail yet, don’t worry, everyone already registered will be invited to the upcoming beta. 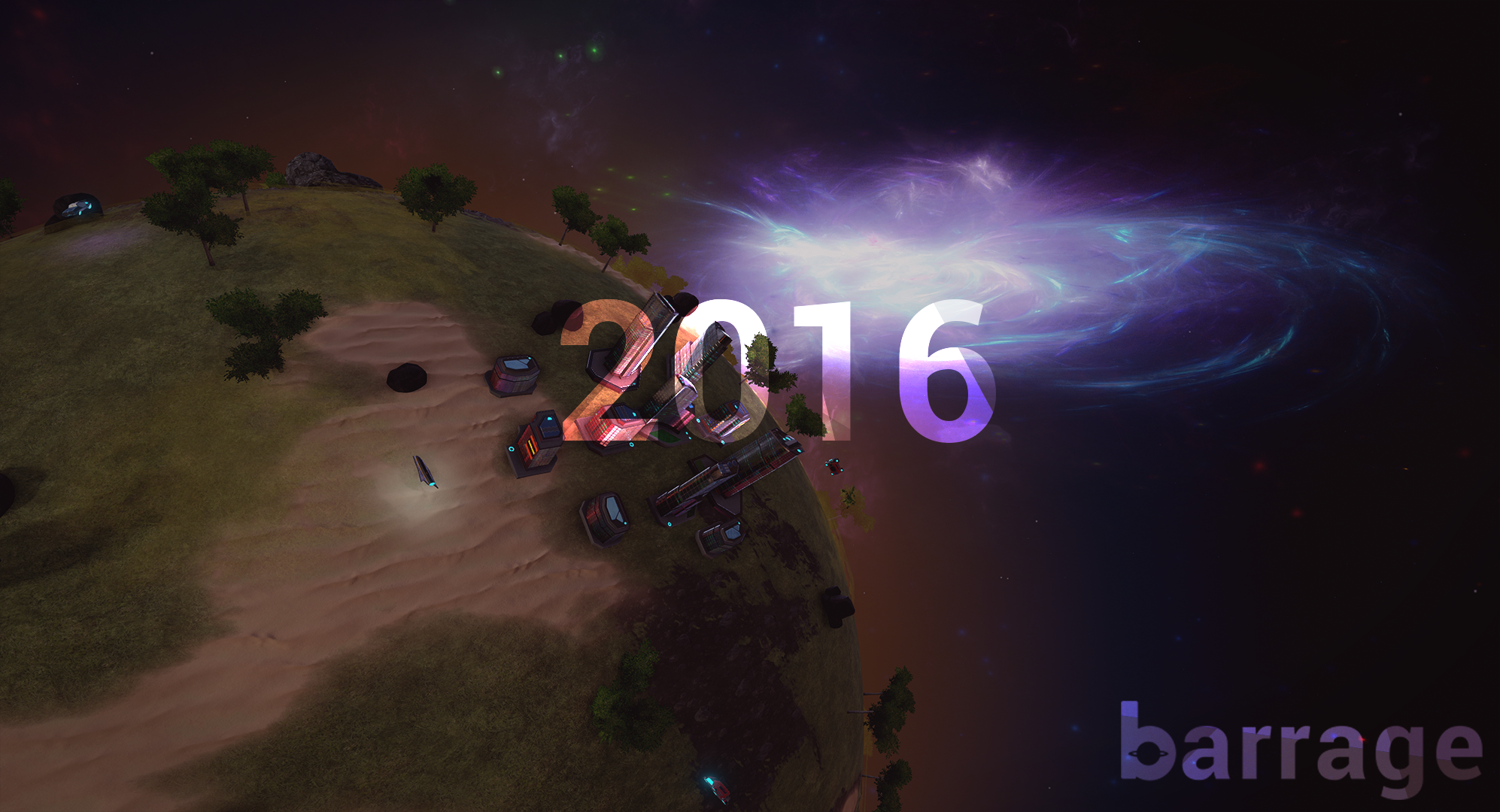 Here’s a brief summary of the biggest features and additions we’ve made since the Alpha:

One of the biggest gameplay changes since the early Alpha has been the addition of more advanced defensive buildings. One of these is the Wormhole generator: it’s perfect for jumping out of the path of incoming missiles, or for surprising your enemies with a quick warp right when they least expect it! 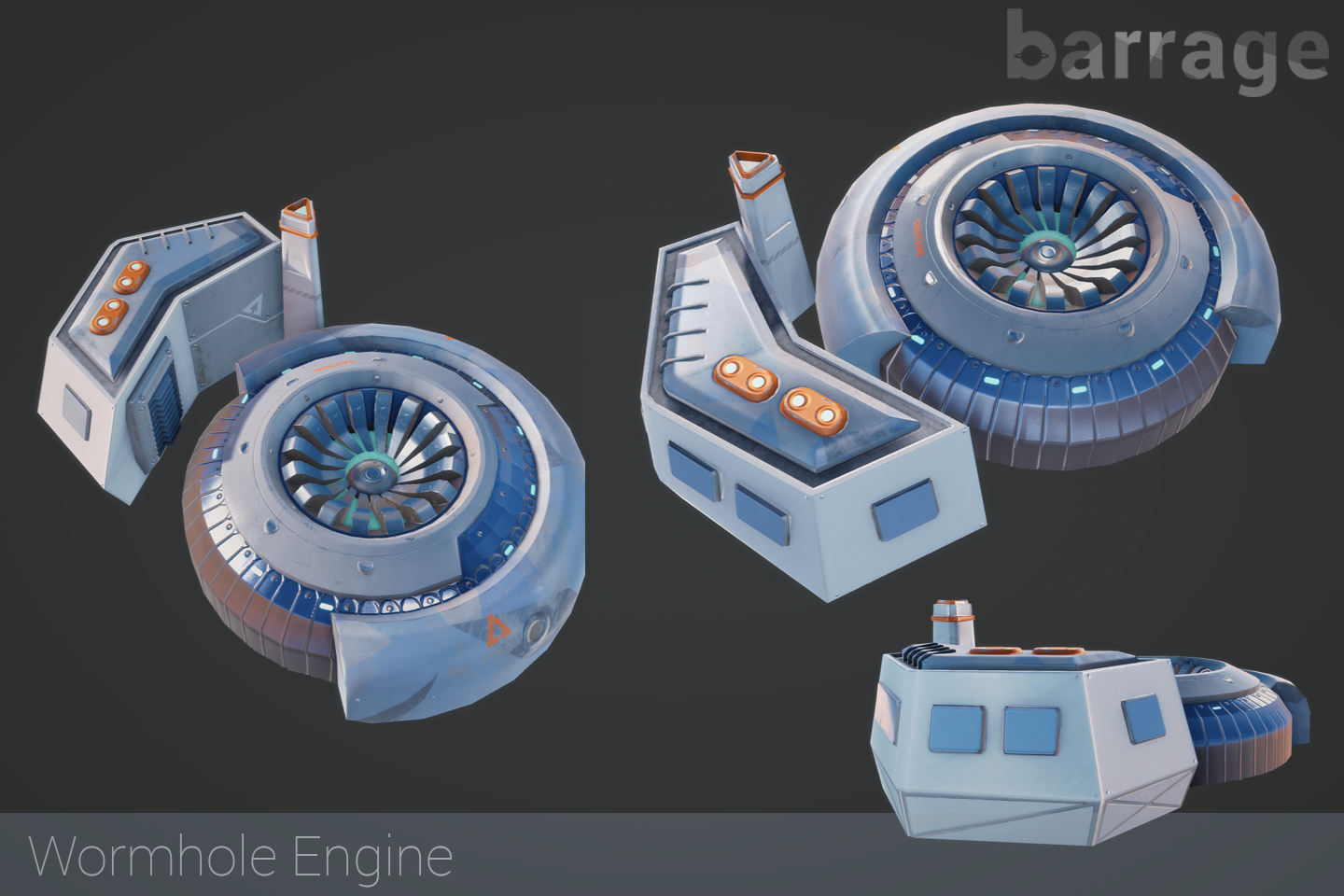 The colony space ship allows you colonise any uninhabited planet in your solar system. This allows you to expand beyond your home planet and attack your enemies from multiple angles. 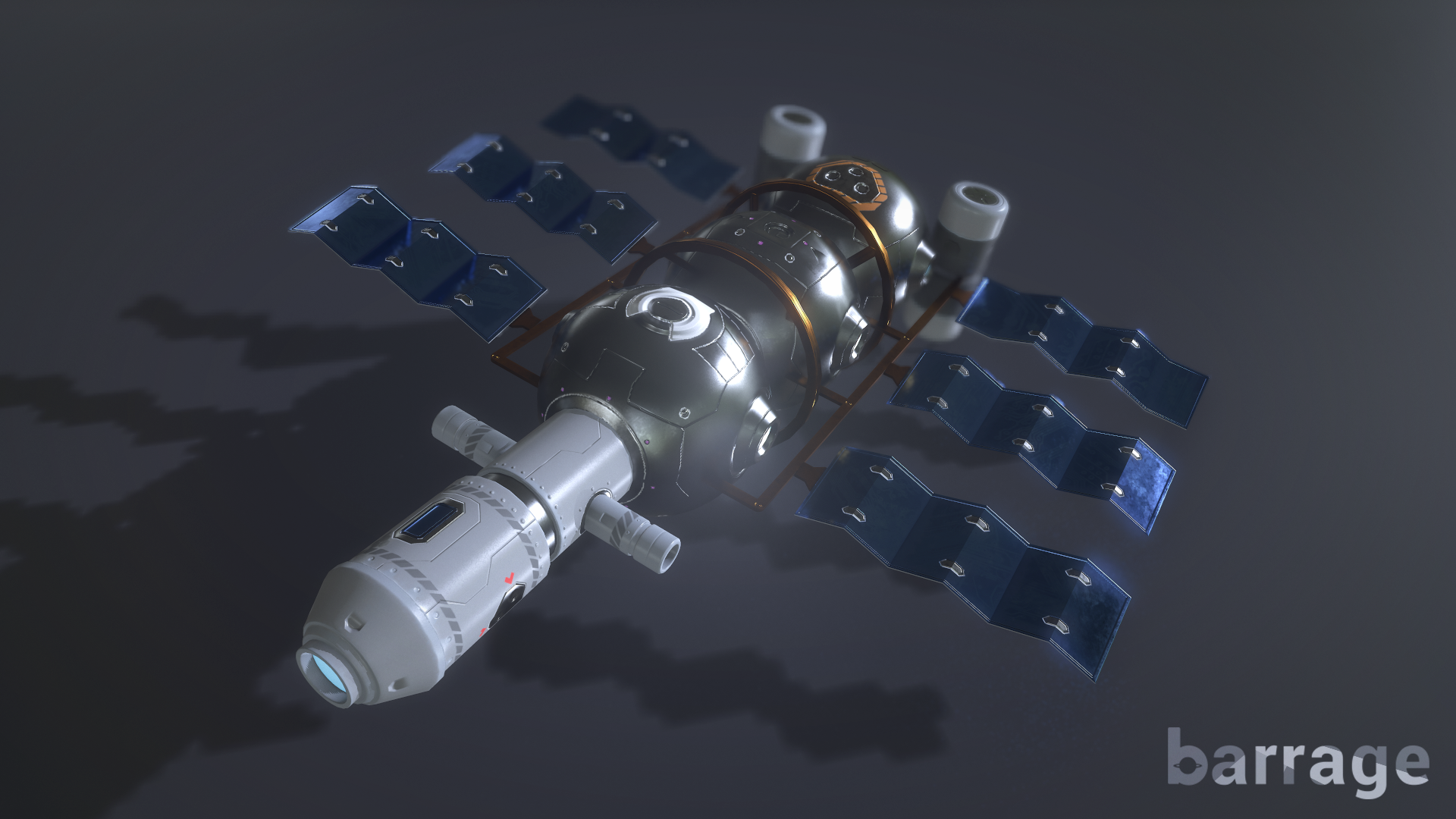 Having a working AI was one of our main goals for the upcoming beta tests. The AI enables players to play Barrage in a single player match or add AI players to their multiplayer session. 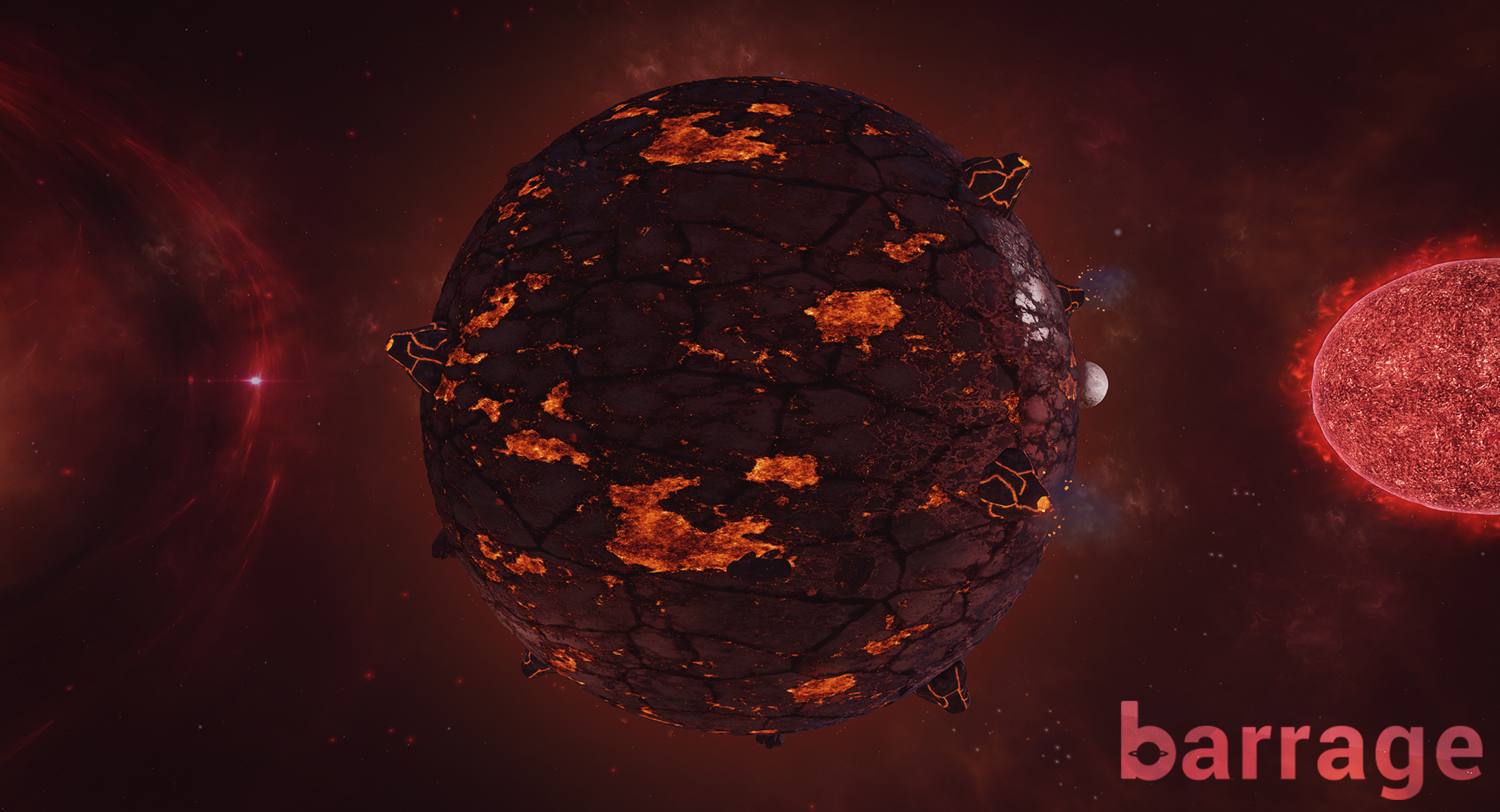 As you can see, there’s a rather lengthy list of changes. If you’d like to participate in our upcoming beta, then visit our <homepage> and sign-up. Also, stayed tuned for another post coming up about our plans in 2016!

We just sent out the first set of alpha invite mails. Check your inbox if you got something and just follow the instructions. Looking forward to test...

We’ve been hard at work since our successful Steam Greenlight in March and we’re now very pleased to officially announce the upcoming Barrage alpha...

Looks nice so far.... Except you may want to fix the name.

Barrage is a game Published by Activision and Blizzard in 1998.
Activision may be rather unsettled by another computer game... or any game... under the same name of their release, even if it is old. Companies have sued for less lol.

Well, even I came across this looking for their game online.

cool, it would be nice if it had some similarities with The game Beyond Protocol, so you can create your fleet an ground army and invade planets to colonize them. this game also would give the chance to make space ''blitzkrieg'' since planets are like artillery platforms if i have understand correctly. byt he way i have checked the website and everything sounds pretty good :)

so far we don't plan to add actually controllable units except a colonization ship to take over other planets. As you said, the main focus is on equipping your planet with turrets to have it some kind of a artillery platform.