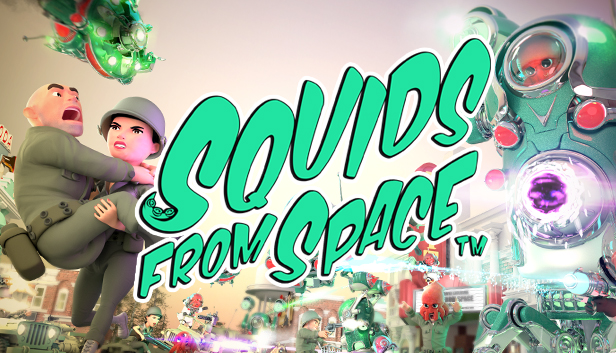 SQUIDS FROM SPACE is a team-based tactical PvP top-down shooter where the Earth is under attack from a race of sinister aliens -- The Squids! Taking place in a retro 1950's setting, the people of Earth must unite and fight back, pitting human weapons of war against the Squids' bizarre technology in a battle for the future of the planet!

We have a Discord Community that anyone is welcome to join! Get instant interaction with the creators of SQUIDS FROM SPACE. Ask questions, voice concerns, share your ideas, and share your creative content (videos, streams, art, etc) with others.

To promote SQUIDS FROM SPACE and grow its popularity (top games), use the embed code provided on your homepage, blog, forums and elsewhere you desire. Or try our widget.

Executive Assault is an indie real-time strategy/first-person shooter where you can not only build your base and create armies, but also take control...

Phobos Vector Prime is a notalgic videogame that combines the classic mechanics of the great arcade titles of the 80s with the MOBA's strategy gameplay...

RoboReboot is a top down shooter where you play as Justine Time and wield the power to control time within desired areas. Combo that with a wall of bullets...

Sender is a fan-made prequel of Wolfire Games' first-person gun-mechanics shooter 'Receiver'. A separate build of the game inspired by SUPERHOT is also...

A space opera focused on you: your choices shape your destiny.