2060 the apocalypse arrived and humanity is on the edge of extinction. The four Horsemen are unleashed, the dead have risen from their graves and the demons are free to roam about through the earth. To oppose the apocalypse, four formidable warriors arise.
Their names are Michael, Morrigan, Brunhild, and Gabriel, four kick-ass fighting Angels, who will have to face bloodthirsty hordes of undead, monstrous beasts, and demons.
Get ready for the judgment day, the last battle is coming, and his name is Armageddon!

◾ Run and gun and shoot 'em up: An explosive mix that will chain you to your pad.

◾ Skill-based: Shoot and cut; this will be your motto.

◾ Bullet Hell: Freeze the incoming enemy bullets with your sword and then step through them.

◾ Share the massacre; Yes, you know, with a friend, you can play in single-player or local co-op.

◾ Gore, Blood and Guts: Explode your enemies in a shower of blood, or simply cut them into pieces.

◾ Armor and sword are upgradeable and don't get distracted, or you'll end up in your underwear.

◾ Epic Metal soundtrack: Delight your ears with this metallic music.

◾ Your music: if you want, you can replace the game's music with your favorite tracks.

A new Demo of Armageddon Onslaught is out 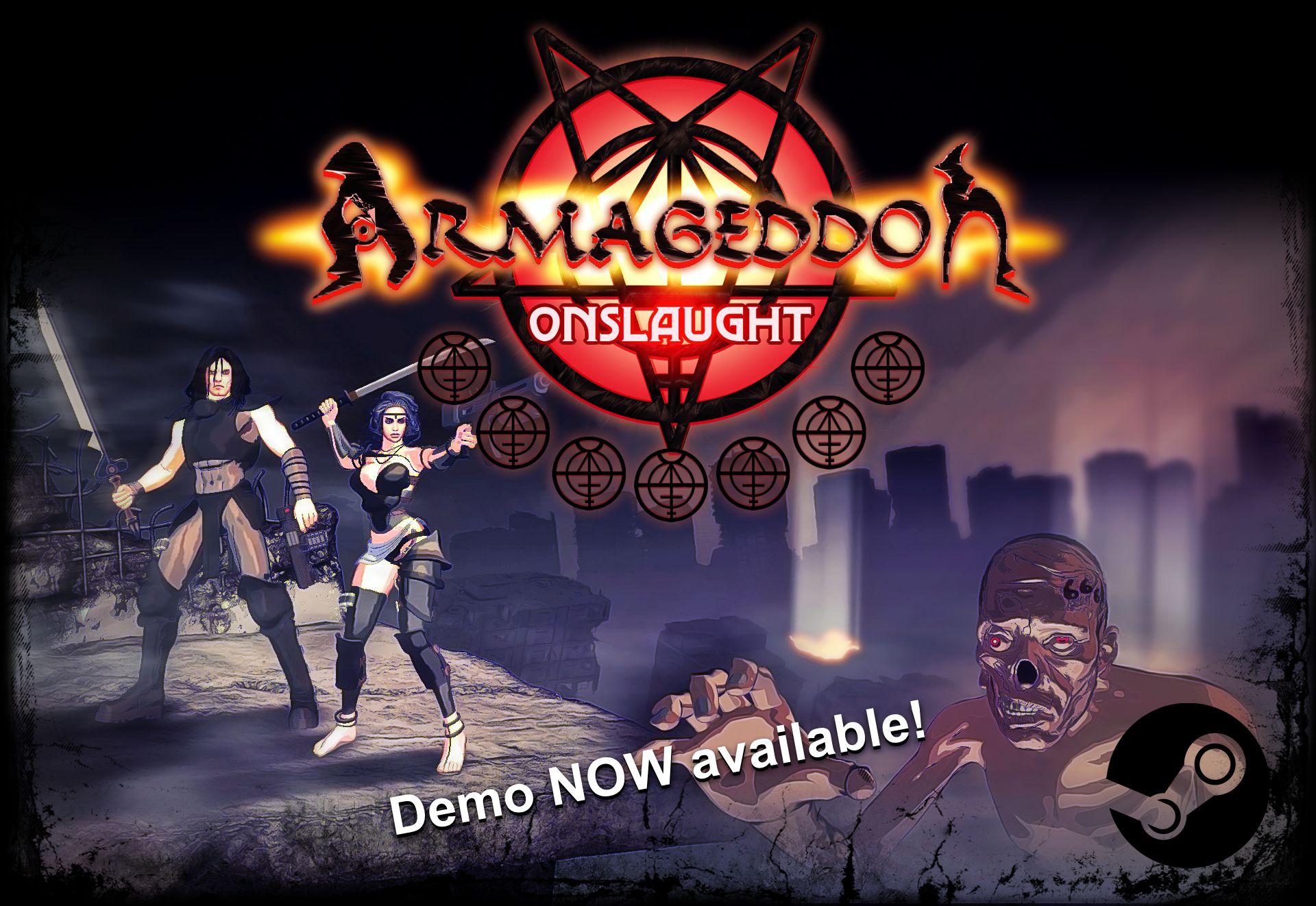 The Steam Next Fest has arrived, and with it, the new Armageddon Onslaught demo!

Set in a dark and gothic apocalyptic world, are you ready to fight your way through hordes of demons and zombies? Hurry up and try it out! 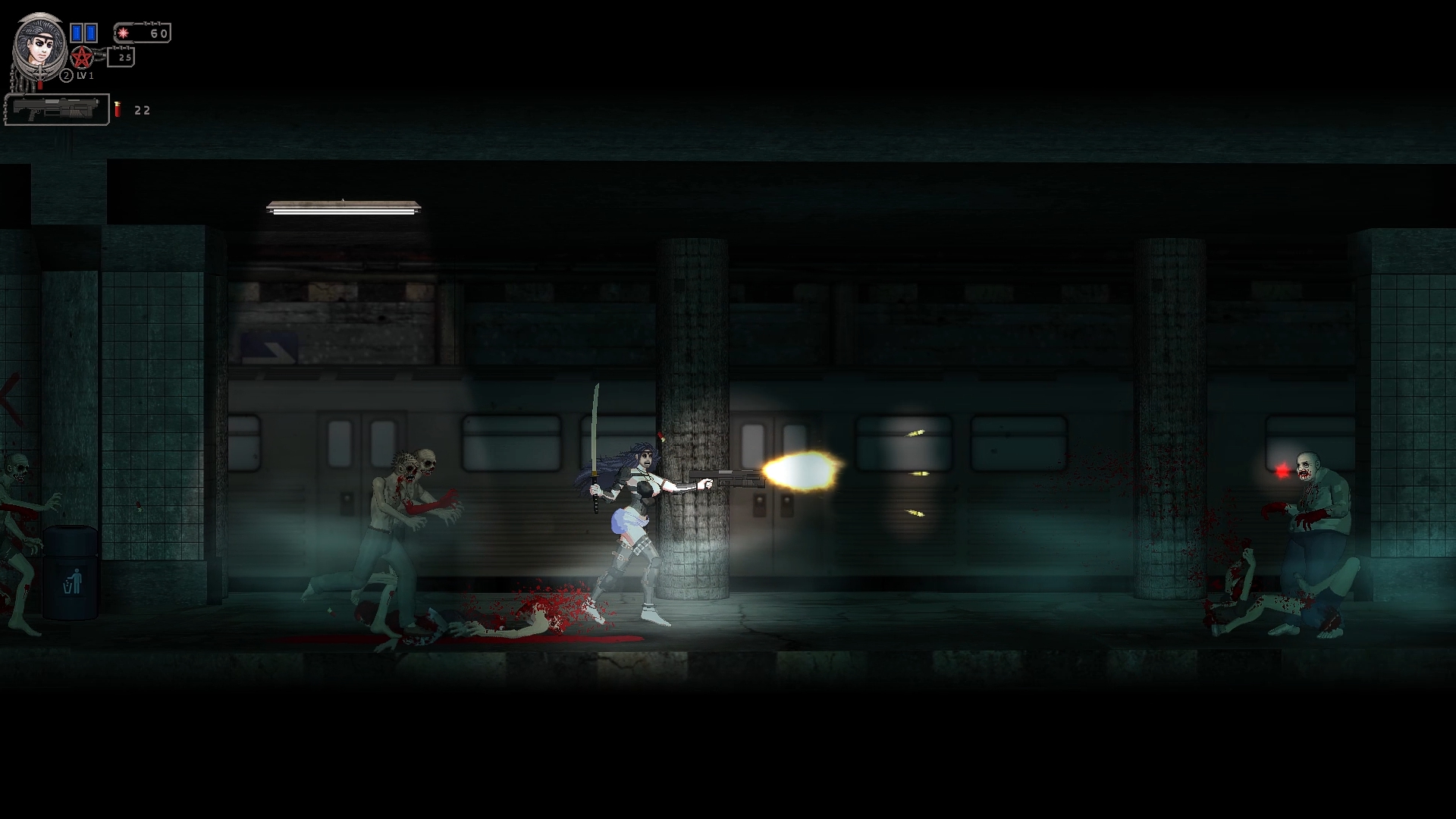 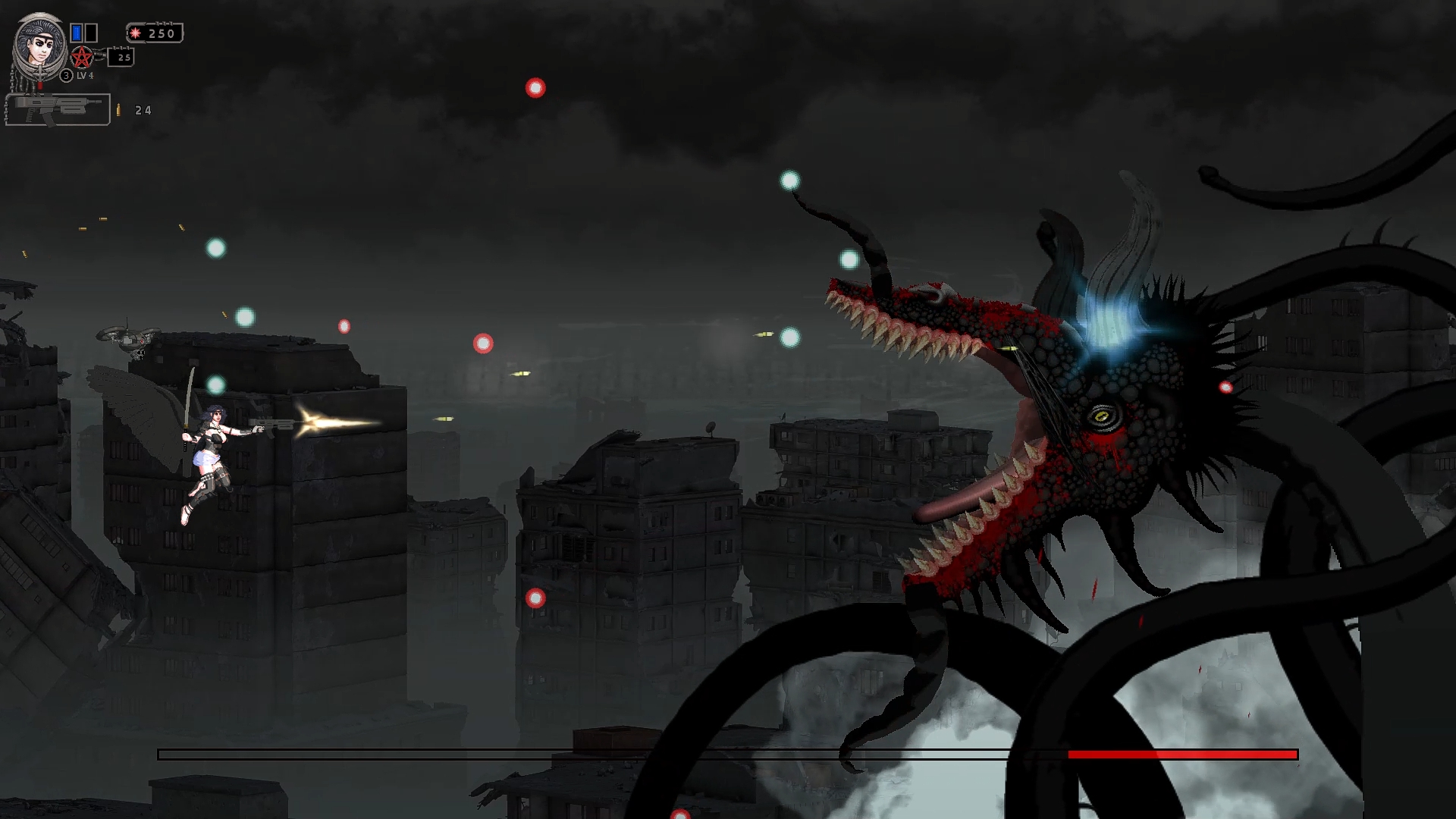 In 2060 the end of the world has come, and humanity is on the edge of extinction. Against the army of Hell, four formidable warriors, known as the Demi-Angels, arise. They will have to face horrors of all kinds and fulfill the darkest of the prophecies.

From this video, you can have a taste of the new weapons we added to the game.

Hey Guys, we want to share a couple of new screenshots and some news about the art book of Armageddon Onslaught.

Armageddon Onslaught will be joining the Steam Game Festival 2020. We will be present at the event and for the occasion, we will release a demo of Armageddon...

I just bought this game and can't even make it to start. It stuck at the serial input window. I put in the serial I got(from Gamersgate) ,but the Start button still grey out and can't be press.