When you hear a flash of a human voice on the radio, your hopes and beliefs are confirmed - there are still survivors out in the blistering heat of the post apocalyptic Grand Canyon state! Arizona Sunshine poses a two-fold battle for survival in a VR zombie apocalypse in which players need to navigate both the hordes of zombies coming for their brains and the scorching heat in their desperate search for human contact.

Arizona Sunshine is a VR shooter built and optimized for room-scale VR from the ground up. Step into the midst of a zombie apocalypse as if you were really there, and defend yourself against enemies close enough to touch. A custom-built physical animation system makes striking your undead enemies more thrilling and satisfying than ever before.

We’ve seen green screen mixed-reality footage become a great way to market a VR game, but another method involves creating content that can be viewed from within VR itself. That’s exactly what the team behind Arizona Sunshine has done with its latest 360-degree trailer.

Though the trailer is embedded above and can be panned around from within YouTube itself, developer Vertigo Games has also made it possible to download the trailer and view it while wearing either an Oculus Rift or HTC Vive. Just head to the VR Trailer page and choose your headset to download the relevant trailer. 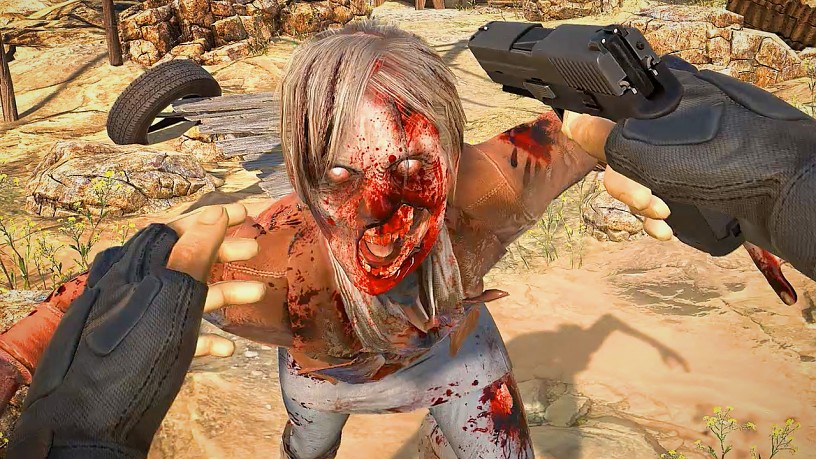 Arizona Sunshine is a zombie shooter, which Vertigo Games describes as:

“Built and optimized for VR, Arizona Sunshine plunges you into a blistering hot, post-apocalyptic Arizona where you must defend yourself against gruesome undead, hungry for your brain and close enough to touch.”

The is currently in a closed beta state on Steam, with a release date eyed for sometime this year. The game itself is compatible with the HTC Vive and Oculus Rift, with both standing and room-scale options, but it requires tracked motion controllers – so you’ll need a Vive, or an Oculus Touch when they launch on December 6. 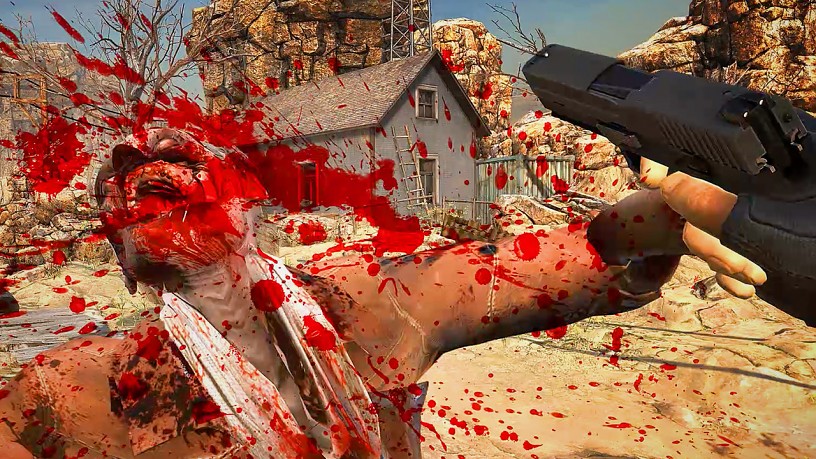