Aliens of Earth is a 3D third-person Action/Adventure game for the iPhone, iPod Touch and iPad with destructible environments and gameplay that is inspired by games such as Super Metroid and The Guardian Legend. You control a transforming mech with both flight and humanoid forms with the ability to transform whenever you want - though flight mode is only really usable in larger, open areas. What this means is that you will be running around in humanoid form when exploring smaller caves, corridors, rooms and other smaller environments. These areas will consist of slightly slower gameplay with an emphasis on exploration and puzzle solving, similar to a game like Super Metroid or Metroid Prime. Larger, more open areas will consist more of action and exploration and will be best experienced with the faster and more agile flight mode. But at any time, if you want to get a closer look at something, you'll be able to transform back to humanoid form and walk around.

But there's a couple of additional elements which serve to make the experience more unique:

The first is that the environments are destructible. However, these environments are made up of different materials which take different weapons to destroy. Basically as you progress through the game, your ability to destroy the environment grows as well. In addition, through most of the game, you'll be able to re-visit old areas, allowing you to more fully explore those areas and find things you may have missed. This is accomplished using the custom voxel engine, as described below.

In addition, there will be some "Cellular Automata" based physics, allowing for limited amounts of flowing water, lava, even for parts of the environment to fall once support is lost. This will allow you to use the environment to aid you in battle, such as destroying enough rock to cause a stalactite to fall onto an enemy.

The voxel engine is being used to allow malleable environments and for volumetric physics using Cellular Automata but also to further the aesthetic of the game. The goal is to produce a game created using a combination of 3D pixel art and controlled procedural environments. Even the menus, text, HUD and so forth is drawn using voxels - with some subtle animation to highlight the 3D nature.

Click here for more details about the Story or Engine.

I'm currently working towards getting the first area playable in terms of exploration and combat - finishing enemies, combat and AI. At that point I'll post a gameplay video, which will be me playing on the actual device this time, that'll highlight environment destruction, improved ship controls and movement, improved camera and of course the aforementioned enemies and combat.

Beyond that I plan on finishing up the remaining items to "complete" the first area of the game - HUD/UI, humanoid form and transformation, the 2 unique items that you can collect from the first area (the energy shield and sword for the humanoid form), checkpoints and the initial pass on sound/music. Some of this is partially complete already but will be left alone until I finish the stuff listed above.

Once this is complete I will begin a limited closed Alpha Test (Alpha Test Phase 1) - which should be happening in a couple of weeks. I have one candidate so far, I will probably take on up to 4 more for the first round of tests.

Here is how I plan on doing the testing, at each new phase new testers will be added:

Note that once you become a tester, you'll remain so until you decide to stop or the product is released.

The reason to split the testing into tiers like this is to allow me to get "first impressions" throughout the testing process. This will be vital for testing things such as usability and controls. How easy are they to learn, how easy is it to navigate the UI, how hard is it to figure out what to do if this is the first time you've played, and so on.

I will be asking for volunteers for testing in about a week and starting the test a week or two after that. I'm not doing it now because I still have to finalize the minimum OS revision that I want to use, so cannot properly give out the requirements yet.

Currently I'm using version 3.2.2 but I'm considering moving up to 4.3.x, which I will be decided soon.

As I work toward the first real gameplay video, I'll drop by to show progress as it's made.

The first thing is that the lighting has been improved. Previously the normals were based purely on the voxel faces, similar to a game like Minecraft, which causes a lot of contrast between faces up close and didn't show the overall geometric shape as well as I'd like. However I do want to maintain that "3D pixel" look and support thin, single voxel structures. So the result is a blend between the volume gradients (from which the normals would be derived when generating a smooth isosurface) and the face normals. In cases with thin structures, they will look just like they always have. For larger scale structures, the lighting is softer and the contrast between faces is lower (though still visible up close).

In addition I've also softened the camera light somewhat, changing from the standard harsh Lambertian falloff to something that allows light to "wrap" around the surfaces a bit more.

The next improvement is in the surfacing and environment, accomplished by improving the generator. Note that the "floor" and "ceilings" don't look exactly the same anymore.

Finally the ship controls and camera have undergone improvements, you can see that in the screenshots a little. Notice that the ship isn't always exactly in the center and that banking looks more natural now. 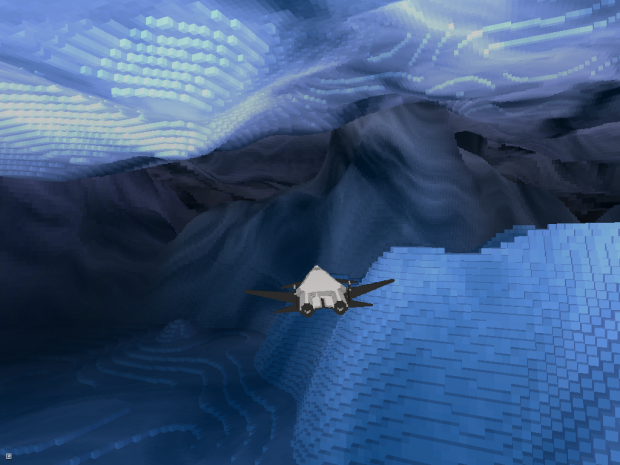 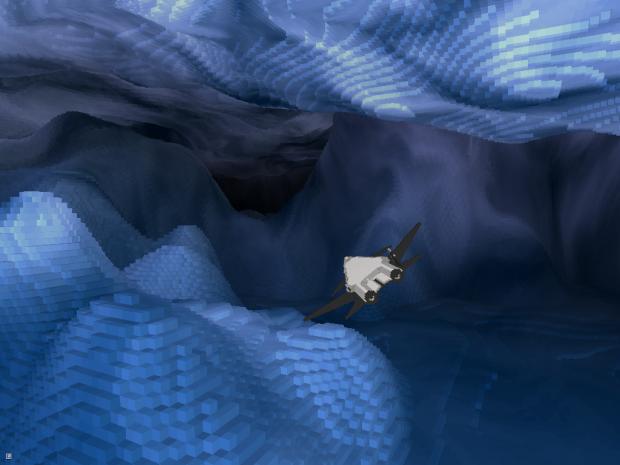 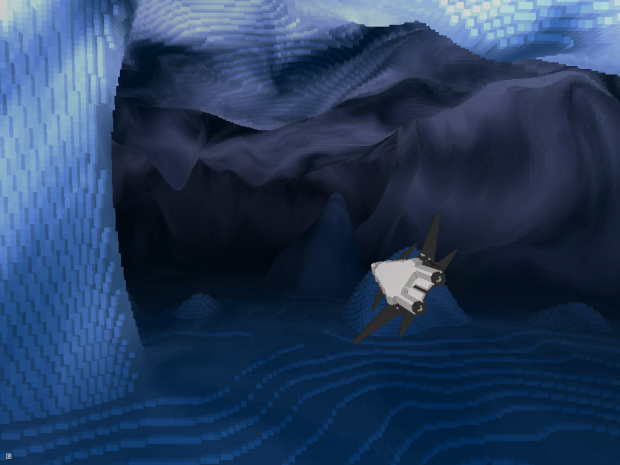 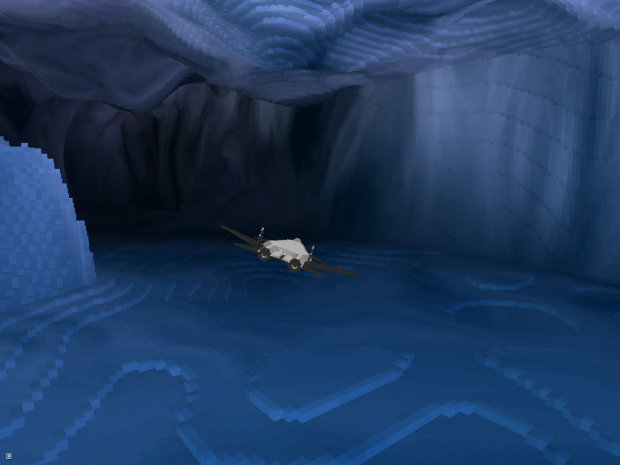 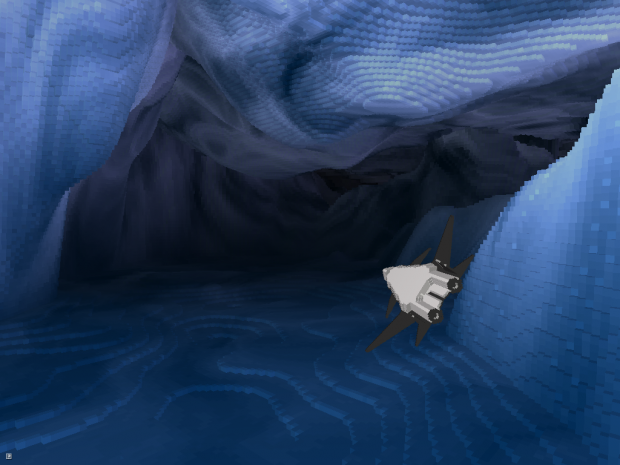 Work on the "Marble Caves" Area

I've been working on the "Marble Caves," the first area of the game. I show some texturing experiments and a test flight video.

Aliens of Earth, an Introduction to the Game

I'll give an introduction to the game. The game summary will be re-iterated for context but in addition I talk about the story, the engine and show some...

Indie
Tags
Embed Buttons
Link to Aliens of Earth by selecting a button and using the embed code provided more...