"To all the unsung heroes who ensure that our planet stays, well, ours."

Alien Patrol is a fast-paced comedy shooting game that puts the player in the shoes of a grumpy rural gentleman who spends most of his time neutralizing aliens from outer space!

8 enemy types, each type brings its own set of challenges
3 rechargeable special attacks (or "emergency tools" as he likes to call them)

*** ACHIEVE ENLIGHTENMENT through our hero's pearls of wisdom ***

You don't want to be like him, you probably don't even want to know him, yet he still has something to say.

*** COMPETE with others on the Game Center leader boards ***

It ain't only about what you shoot, but how you shoot it as well.
Post article RSS Articles


* Try the first 10 level before you buy it.
* Only 99 cents!
* Survive 30 days of the alien invasion!
* Face 8 different UFOs, but beware, some are rather pesky!
* Let them taste physics-defying special attacks!
* Achieve enlightenment through our hero's pearls of wisdom!
* Hum the original space age folk soundtrack! 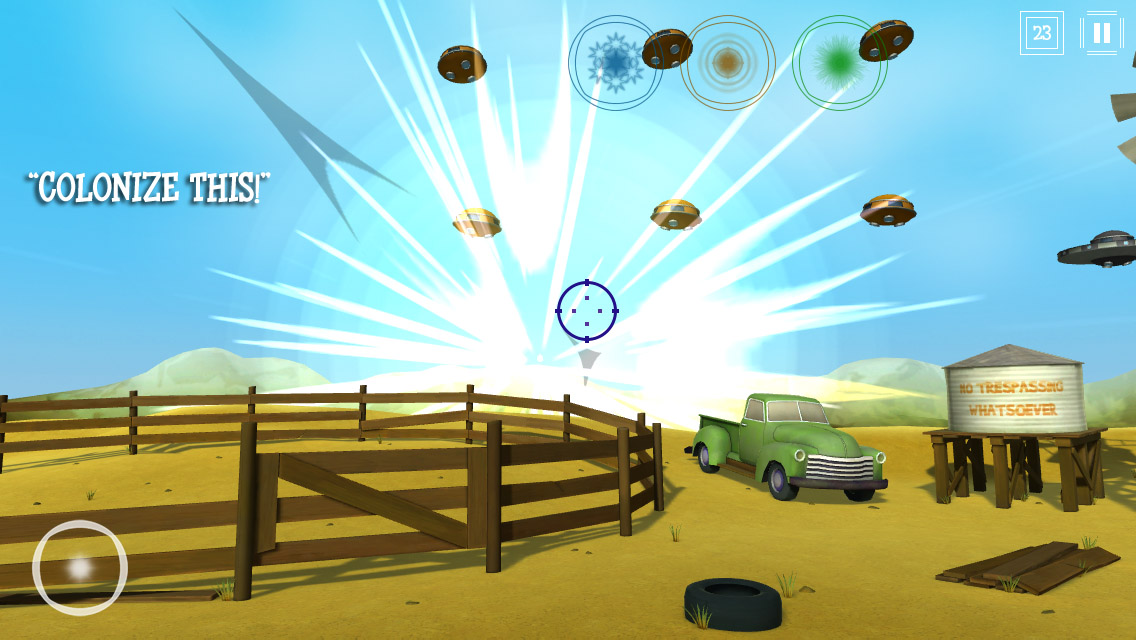 Alien Patrol is Released on IOS today! Check it out before they colonize the farm.

We want to go to a simpler time, a time before the inclusion of IAP, DLC, and ad-infested games.