AirwaySim is an online airline business simulation for the serious aviation enthusiast. This is a massive multi-player online game where you compete against other players around the world in real time. All management moves you make will directly affect the operations of the other players. You can choose to play in the historical scenarios with old propliners or in the modern ages with new jets. Our database has practically every commercial aircraft model available starting from 1940s and going to the future. AirwaySim includes realistic and complex financial model with powerful reporting tools - a true business simulation.

Hi! We're back at IndieDB after a long pause. Hope you didn't miss us, since we have some updates from AirwaySim's airline simulations. :)

The next AirwaySim's airline simulation scenario, titled Dawn of the Millennium, opens on Friday November 15th.

This is a mid-length game world (duration 8 months), and part of our series to bring more variety and more frequent launches of new scenarios at AirwaySim.

Dawn of the Millennium starts in mid-1970s and takes you through the financial turbulence of 1970s and early 1980s, then towards the growth period of 1990s, and finally reaching the difficulties faced by airlines after 9/11. Overall a very interesting period to manage your airline! 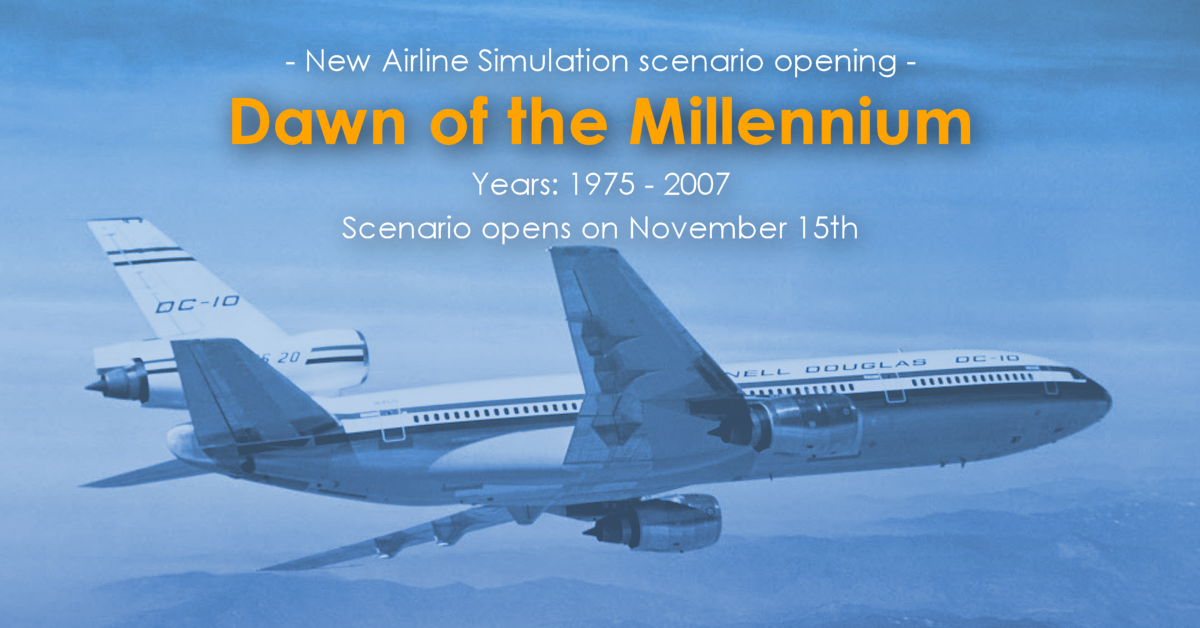 Image: The Dawn of the Millennium game will open on Friday November 15th.

The basic settings for this simulation scenario are:

To join the new Dawn of the Millennium game, visit the AirwaySim Game Area!

AirwaySim's Airline Simulation is a realistic multiplayer online simulation for the serious aviation and business enthusiast:

The next long AirwaySim airline sim scenario is just around the corner. The new Game World #1 opens this Sunday and takes the players from year 1960 all...

Cargo systems are under works at AirwaySim's Online Airline Simulation.

The summary of this summer's news and developments of the AirwaySim's Online Airline Simulation.

The latest news and developments, including previews of future features of the AirwaySim's Online Airline Simulation.