Adam's Venture is an episodic PC singeplayer adventure game developed on the Unreal Engine 3™ by Vertigo Games BV, a Dutch Indie developer located in the Netherlands. Episode 1: "The Search for the Lost Garden" and Episode 2: "Solomon's Secret" have been released, Episode 3 is in development.

Adam is an action explorer hero; adventurous but using his wits rather than resorting to violence. Brought to life from a third person perspective with the Unreal Engine 3™, adventure gamers are in for a real visual treat.

After the earth-shattering events in Eden's caverns, Adam and Evelyn find themselves in a Clairvaux aircraft with a whole lot of explaining to do. Soon, events take a dramatic turn for the worse, and once again Adam finds himself holding the faith of the world in his hands.And this time, in more ways than he could ever imagine...

Adam’s Venture is an action explorer hero: adventurous but using his wits rather than resorting to violence. Brought to life from a third person perspective with the Unreal 3™ Engine, adventure gamers are in for a real visual treat in combination with Family values storytelling. In this second installment of the episodic series, Adam Venture and his crew end up in 1920’s Jerusalem having escaped alive from the Caverns of Eden. In their continuous search for the Lost Garden of Eden, they become entangled in a thickening plot featuring a ruthless dig for the ancient King Solomon’s treasure – but is that really all there is to it? What is the real goal of the infamous Clairvaux Corporation? 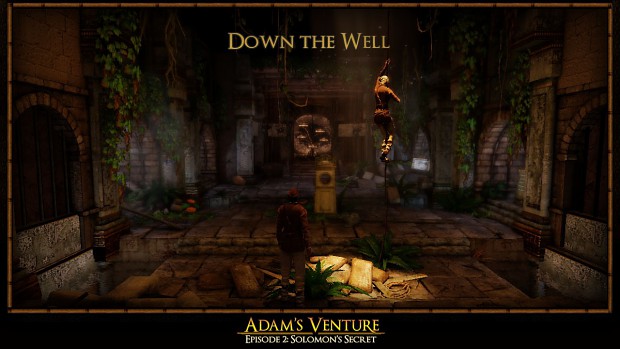 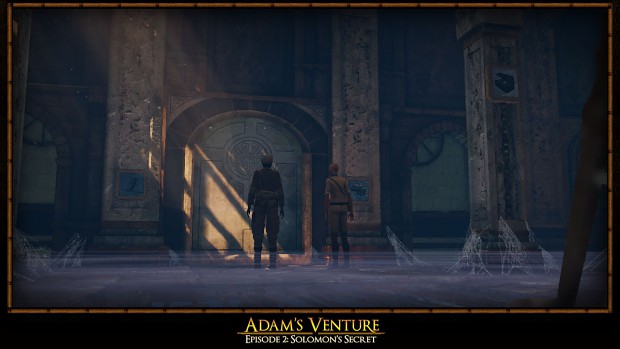 With the release of the official trailer and a new Adam's Venture website we invite you to take a look into the world of Adam Venture!


Adam's Venture II: Solomon's Secret is already available here for only $19.99. You can buy the downloadable version now by clicking the buy now button.

The quest for King Solomon’s treasure is about to kick off now that Adam’s Venture 2: Solomon’s Secret (PC) has reached Gold status. Videogames...

Pictures speak louder than words. Games speak even louder, but of course the game is still not finished. Therefore we bring you more pictures today: four...

If you have 39 seconds to spare today, the brand new teaser we've released may well be worth your time...

With the second episode nearing its completion, the amount of eye candy seems to increase drastically.

Brand new tomb raider.. Should have him submit this to a large brand company to see what they think of it at the very least

The game's great just buy it .

Is it DRM-free? I passed it at Gamersgate due to it having SecuROM

Its an enjoyable game, but very short!

Why does this only have Ten trackers?

One day in London Adventure