Antinomy is a first person action adventure & exploring game with RPG and strategic elements. The player takes over the role of Nathaniel Rosenthal in his early 20s. Returning to Al-Hamra and his mentor Omar, who had sent him abroad for several years of higher education and military training, the joy of reunion is short, as Al-Hamra gets attacked and taken by forces sent from the capitol. Barely surviving the onslaught, Nathaniel roams the desert, searching for surviving members of the clan, finding new allies in a desperate effort to retake Al-Hamra, bring justice to the murderers and eventually free the land his from injustice, as his father and Omar have dreamt.

This will allow us to boost the development of Antinomy quite a lot in the next months to come.

Now we had some days that were not exactly quiet but less exhausting than the last days of our campaign before. However, we couldn´t sit still knowing that some of you are already eagerly waiting for their first rewards, so we started with two major works at hands: 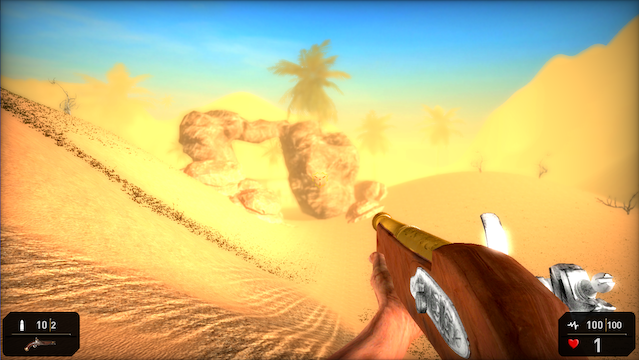 Our memory didn´t betray us: The old GG World Prototype was slow AND ugly!

You didn´t pledge during the campaign?

Well, while this might seem unfortunate, don´t despair: We received so many requests AFTER the campaign ended, that we decided to open the window of opportunity a little bit longer:

As you might have noticed, we added a "PayPal Pledge" button on the top of our Kickstarter Page. You can also use the DIRECT LINK in order to jump on the train.

Dont forget to write your desired pledge tier into message sent along with your PayPal payment! Doing so, you can also upgrade your pledge level - and get the early acces.

So, did the world prototype project still compile?

Oh yes, it did - we already have a compiled windows version that will be sent into compatibility testing on monday!

The best news is, that by testing it, we realized how much gameplay was already there to fool around with - although spread among a huge area and sometimes hard to find. We had totally forgotten that, in the last iterations of the world prototyping, we had put up some enemies there for testing purposes. Because of a lack of good 1892 AD models, we used modern soldiers with colts by then. 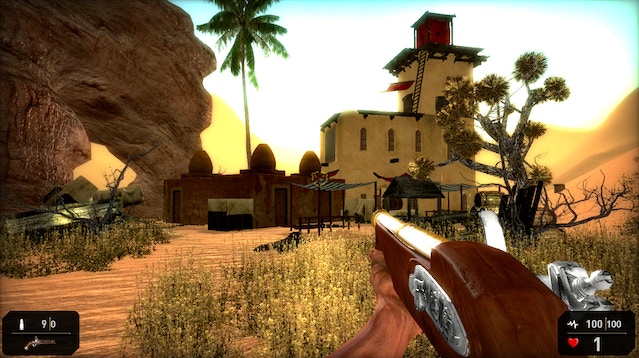 This outpost between the Capitol and Al-Hamra... 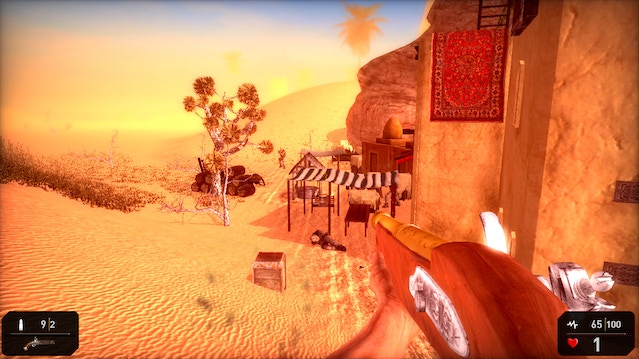 ...was guarded by some nasty GameGuru stock soldiers with modern guns. And they shot well!

There is also some area heat damage, thirst damage, basic trade and even artillery guarding the Capitol. Because we didn´t have a piece of working artillery back then, we simply froze a soldier with a Bazooka there and gave him the firing range we imagined for the cannon (which was placed as static cannon before him). If you came too close, you were under fire from the "cannon" that shot bazooka rockets at you! You don´t believe us? Well, soon you can play yourself and find out! 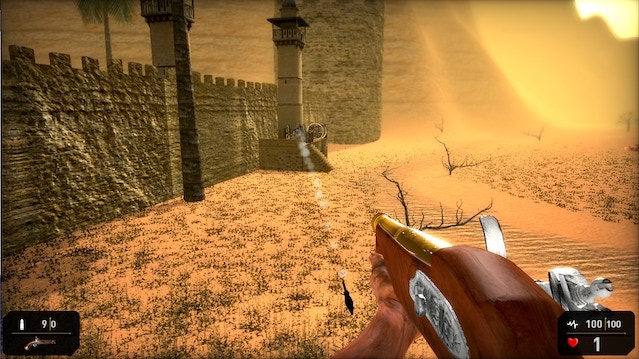 No, this is NOT an 1892 AD cannon ammunition! As said, there is still time to pledge or upgrade your existing pledge. But if you are already a backer with an Early Access tier - prepare yourself, soon you will run around in our old prototype yourself, while we create the "real stuff" with far more appealing visuals, gameplay and enemies. 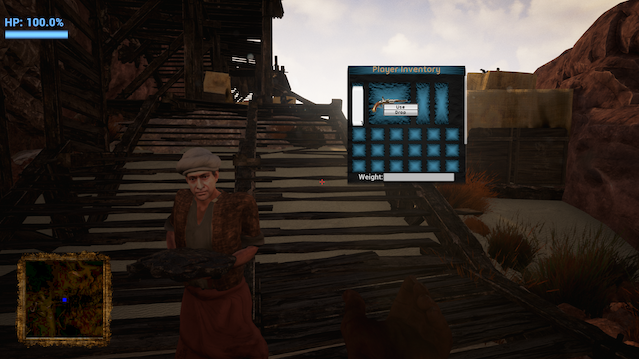 No bazookas or Colt-wielding modern desert soldiers in the Unreal versions to come. Promised!

Join the party by late-pledging on Kickstarter!

The final hours of our Kickstarter!

The final hours of our campaign are upon us - and it has been a great pleasure to run this one for you. And it will be an even greater pleasure to go...

The evolution of our architecture

Antinomy vs Oculus: Tripping the Rift!

After we released yesterdays update including several FAQs for Antinomy, we received many emails within a few hours asking if Antinomy has some kind of...

One of the most asked-for items during our campaign so far has been ingame material from the current development build. New Screenshots, new gameplay...

Best decision you could have ever made by dumping Game Guru and going to Unreal Engine 4. So glad you did that. It's looking good.

your game is on Steam or Steam Greenligth?

It is already greenlit. Read the Kickstarter page, there is the link to Steam, too.

Question: What happened to Into the Ice?

Into the Ice is still developed on a 25% track, which means, that 25% of our team are working in ITI.

This looks pretty cool. For The Capitol, will there be other modes of transportation rather then just walking like donkeys, things like that or underground or secret tunnels you can use to get from point A to point B faster? either way, I am hoping to try it out when a download comes out and I look forward to seeing more updates. Hope for the best :D

We have a fast travel system for the desert you can unlock by taking over caravanseries. Most bigger locations have secret shortcuts ;)

I Saw images of this on the FPS Creator Facebook Page, looks really nice! :D

Oh, you have infiltrated the nerdy TGC community? :)

Against All Odds Games