With it come new quests, new characters, new stories, and new gameplay mechanics from all around. According to your wishes - part of Krasnoznamenny is now open, and other locations are now filled with interactive content. 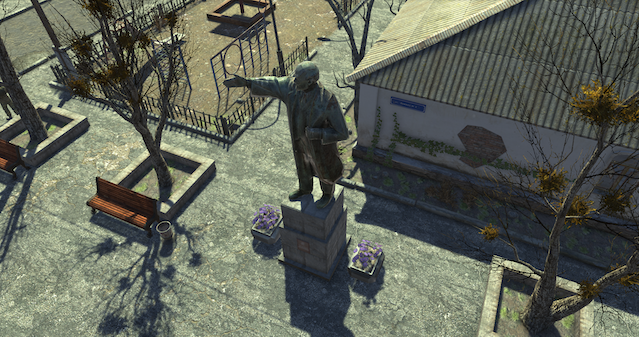 It is time for another update of Atom! And we're not talking about bugfixes... Our April update is quite big as it touches most aspects of the game.

With it come new quests, new characters, new stories, and new gameplay mechanics from all around. According to your wishes - part of Krasnoznamenny is now open, and other locations are now filled with interactive content. 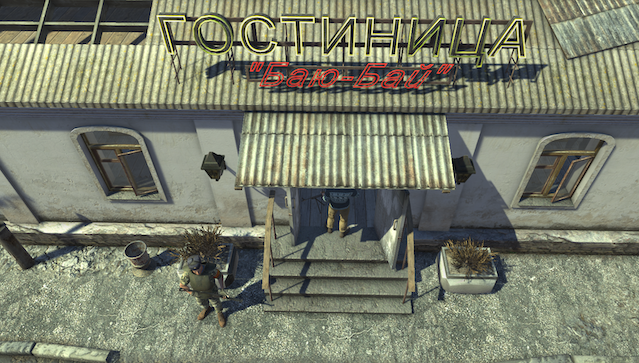 You will also get to play the first of backer quests we promised during our Kickstartercampaign (Revolutionary leader pledge or more). This time we made our good friends Rojson's creation come to life in a long and arduous journey through the Wastes.

Working on this update took most of the last two months and we really hope that you guys will like it. Please, share your opinions and caught bugs on our Steam page.

Please note again that if you don't have a Steam account you will receive a download link in about two weeks (all patches included). This is so, in order to minimize the pressure on our servers. We apologise for any inconvenience that this may have caused you, and we appreciate your understanding!

But speaking of bugs - this time we won't be able to fix them before next week, since on April 21st, our whole team (plus a very special Backer) is going to Chernobyl.

As you can remember, this was one of the top-tier rewards on our Kickstarter page. But we're also doing it to catch some glimpses of a true post-nuclear landscape (and make tons of photos for textures and references). This will surely help us make the game better in the long run, and once we're back those bugs won't stand a chance!

With this, we thank you and invite you to our Steam page to view the full change log.

Thank you for sticking with us! You're the best!

After the Krai Mira, here's another GREAT GAME!
HELL, YEAH!!
Just keep it up, guys, please!
TYVM in advance!

I have a strange color glitch in my atom rpg 0.7.1. There are cyan, magenta, purple etc. appearing on my map. Can you help?