A House of Many Doors

Welcome to the House. You are not welcome.

Explore the House, a parasite dimension that steals from other worlds, in a train that scuttles on mechanical legs.

You are an explorer, poet and spy, launching yourself into the unknown in search of adventure. Rig an election in the city of the dead. Visit a village lit by the burning corpse of a god (careful not to inhale the holy smoke). Sell your teeth to skittering spider-things for a moment in their library. Over 90 bizarre locations await discovery in the dust and the dark.

A House of Many Doors is a 2D exploration RPG that takes inspiration from Sunless Sea, China Mieville, Planescape: Torment and Italo Calvino's Invisible Cities. It features over 300,000 words of branching original story and over 770 trillion bad poems.

Please be aware that this game contains the following romance options:

A House of Many Doors has benefited from the kind support and partial funding of Failbetter Games, makers of Sunless Sea and Fallen London.

Hello, all. The mad spectre of 2016 is in the process of being exorcised. We still have to find a way to defeat Pazuzu, and we have a lot of pea soup to clean off the walls, but hopefully 2017 will bring better things. Like, for example, A House of Many Doors, which will release – terrifyingly – in just one month’s time!

3rd of February. Mark your calendars. Add it to your Steam wishlist here.

So what have I been doing over the last week? Well, I’m mortally ashamed to say that I took a couple of days off around Christmas. May you all forgive me for this hideous excess. Other than that, I’ve mainly been fixing a lot of very boring bugs, which leaves me with not a lot to write about.

One thing is worth discussing, however: I’ve added an option to fiddle with the game’s resolution, which has caused a lot of fun new bugs to spring up. Hopefully it will all be worth it, as it makes the game more compatible with different monitor sizes.

I don’t have the budget to test the game on lots of different devices, however, so if you have access to the beta – and especially if you have an unusually large or small monitor – please download the latest update and help me out!

Lore Snippet: The Scars of Sheng 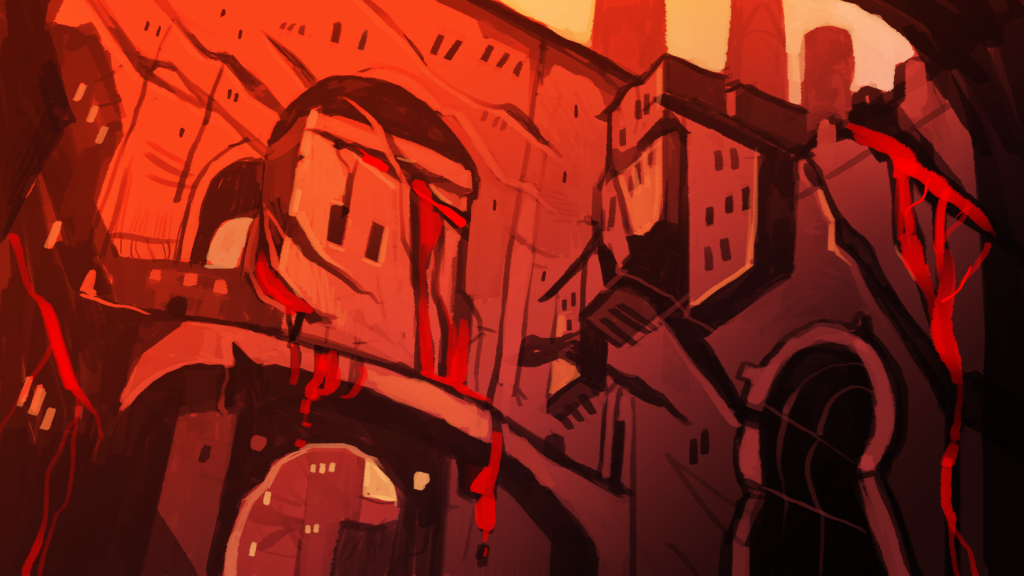 The city is corrupted. A sickness has spread through its streets and buildings, causing stone to split open and bleed. Pedestrians hop over cobblestone lesions, raw and red and wide as a crevasse.

Sometimes the wounds heal, leaving swathes of twisted pumice. Sometimes they keep bleeding forever, and the building will collapse without regular transfusions from its desperate inhabitants.

(Read the rest of the House of Many Doors devlog here. It has been regularly updated since June 2015!)

Romance in the House

We are approaching February 3rd. HOMD is almost out. Soon I can sleep again. I hope you enjoy the game. But the devlogs don’t stop! They never stop...

Indie
Twitter
Tags
Embed Buttons
Link to A House of Many Doors by selecting a button and using the embed code provided more...