Beware! This game is really hard!

If you like challenges or you don't mind losing A LOT, this game is for you.

Shoot only the squares that have the same color as the background (the bad guys).

Reflexes and memory are key to this game.

We use rhythm as hints in certain parts, but you should trust more in your eyes.

64.0 is a minimal fast-paced arcade game, where you shoot the squares that have the same color as the background, but since the background is constantly changing, everyone can be a bad guy! 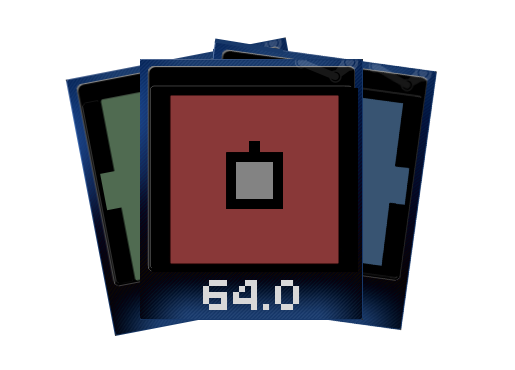 What is it like releasing an indie game in 2018?

It's a weird weekend.

Firstly it's weird because we didn't post a Cycle 28 game play video. Instead we started a series called "More Like This" where we play games which Steam suggest are "Like Cycle 28". We start by playing 64.0, which is currently on sale. I liked it quite a lot and you can watch me playing it below.

It's also weird because for the first time in in a long time I don't have any coding to do because Cycle 28 is finished. Now our beta testers are hard at work starting to break it and Dave and I are hard at work trying to promote it.

We also bought cameras this week and the first thing I did was share my thoughts about what it's like releasing an indie game in 2018. You can watch those below.