As games continue to look to the online space for providing multiplayer, I explain why X-Orbtek II sticks to local multiplayer.

One of the major changes in X-Orbtek II over the previous releases is the introduction of local multiplayer. 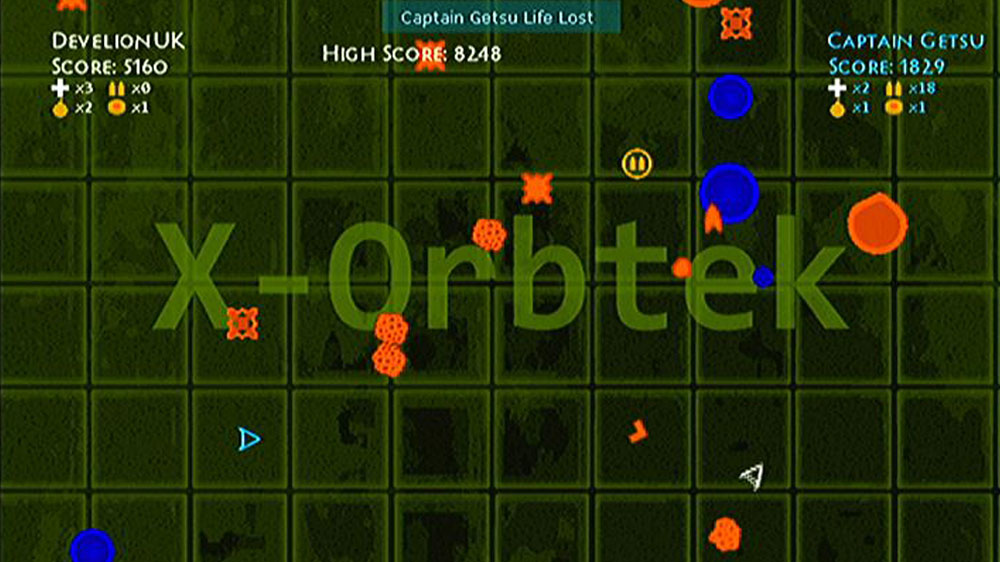 I’ve always been a fan of local multiplayer over online multiplayer as half the fun is simply the banter with your mates. Friends mocking each other is completely different to any online discussion and its generally good fun. A great game just makes the experience even better. The other benefits are that you don’t have to deal with people quitting out mid-game or struggling to get an opponent on a quiet day. I’ve often found the process of going through logins, lobbies and having to wait on other players remembering to ready up can be infuriating. Imagine in X-Orbtek if you had a 2 minute wait and crashed within 20 seconds? Rage quit time! So yeah, X-Orbtek II is sticking to what I feel suits it best – local multiplayer.

That said, one of the difficulties that I’ve found with local multiplayer is that skill and experience can lead to the same result over and over. What really exacerbates the issue is that a lot of games are quite complex to pick up or require in depth knowledge to compete. For example in most fighting games, someone with a bit of experience will know a move or two. They will obliterate someone who can only button mash or do basic attacks every time. Equally they’ll get destroyed by a pro. This takes a lot of the fun out of the game.

I am looking to avoid this with the multiplayer in X-Orbtek II. The game itself is a simple concept. The same applies to the various multiplayer modes and this means that new players can come in and straight away start playing. Okay, they may make a few judgement errors at first by firing off bombs needlessly or trying to squeeze through gaps that aren’t there but a few games in and all players should be up to speed. Of course there is still a big skill demand to “master” the game so I’ve looked to ensure that the top player gets more attention from the enemies.

On both the new main mode and Classic mode it requires co-operation. When you work together it will be possible to keep collecting orbs for much longer than in single player. Because the game becoming increasingly difficult, as you start getting overwhelmed as the game goes on with ever increasing numbers and difficulty of enemies then you are really going to want your mate there to lend a hand! The session, and ultimately your score, will certainly keep going longer if you can support each other.

From the X-Orbtek II playtests this proved good fun. You always push to do as well as you can for your score but at the same time you want to keep others going. You may even find yourself giving up that extra life or ammo to your fellow player as they struggle to keep up.

If saying “Go team!” isn’t for you and you just want to lock horns in a battle of skill then this can still be done in the main mode and Classic mode, however there’s another mode that is available only for multiplayer. The “Survival” mode will be much more competetive. The rules here are very similar to Classic with one life and no weapons, however unlike anything in previous versions of the games, it isn’t game over when the orbs disappear. The game keeps going until you are all dead, ensuring there is at least one orb available at any given time. Rather than having everyone chase the one orb around the screen, this mode gives players their own orbs to collect. This should bring a real competetive element to the game and some new tactics.

Note: There's a Custom mode so you have have Survival with combat if you want, however with 4 players and insane difficulty I found this to be a bit much!

When there are more players then there's a lot more focus on beating each other. Survival mode is probably the best for 4 player action as you aren't fighting over the same orbs but are still pushing to get the highest score. It can be very frantic as well, more than I was expecting, but it works out very well!

I’m very excited about next playing X-Orbtek II with friends and hope others get to enjoy it as well.