Part 1 of the fixes made using feedback received from the first demo release!

An essential part of games design is taking feedback to create a better game in general. It may be sometimes hard to hear feedback when you have been making a game for a long while and like the features you have added and the solutions to the design problems you have faced. However, feedback is a great way to see how other perceive your game. Are some challenges too easy or difficult, are levels too long, does the player know what to do etc. These are all things that a lone designer cannot find out on their own!

It should also be noted that you don’t need to take on all feedback. It is good to listen, but it shows greater design skills to come up with creative solutions that play testers face, rather than just change every single thing they tell you.

Anyway, below are some of the things that I changed due to feedback. Most are buggy elements that I would not encounter myself as I was too used to playing the game knowing everything that could happen:

Level 2
Issue 1: A bug where if the player clicks the textbox at the start of the game, the game will get stuck and the player will have to quit. This is caused by invisible buttons for multiple choice questions for use later in the game. The error says "Wrong!" 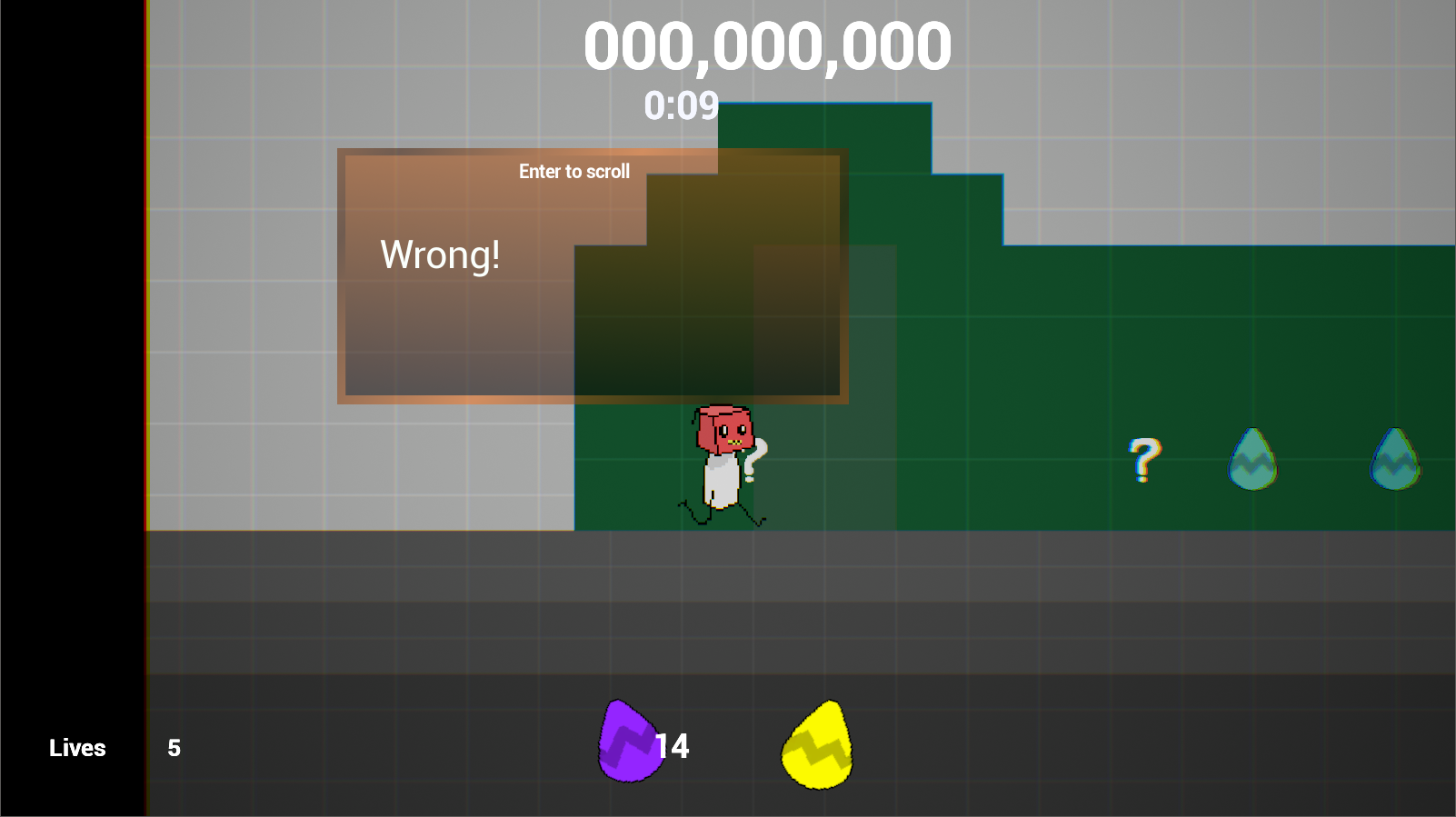 Solution: Went into the UI blueprint for the text box and made the invisible buttons disabled. This means that the buttons cannot be pressed, so the issue cannot occur. The buttons are enabled when the question asked, making them still fully usable.

Issue 2: The player is being given too much information and being stopped to often to give it. Represented below by question marks. Two being very close to one another. 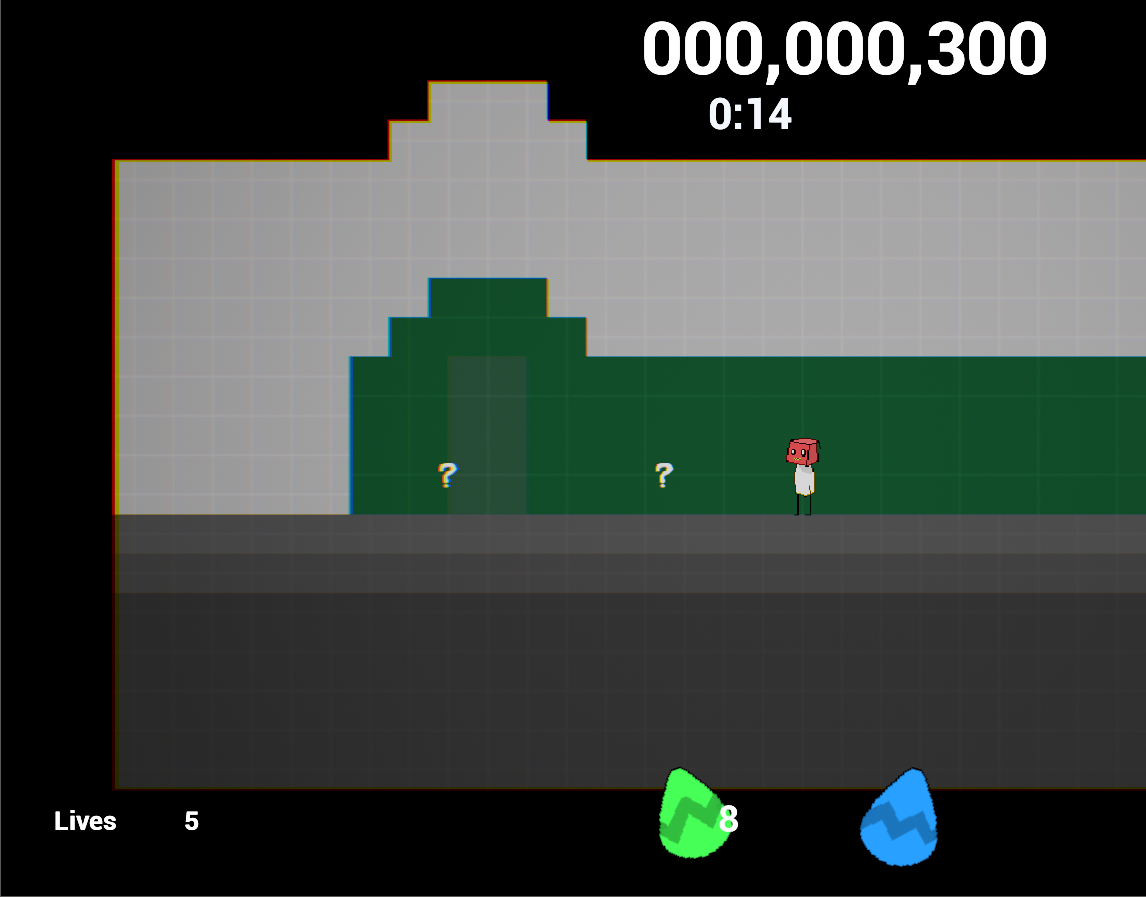 Solution: Tutorial notes have been moved out of frame on the first level so the player can figure out basic controls for themselves, which they should find only required WASD (Standard in a lot of games) and space to jump. Later on, there will be tutorial boxes, for things that are not immediately known to the player, for example, how the submarine works, or what death points are. Represented below as "Quizbase". 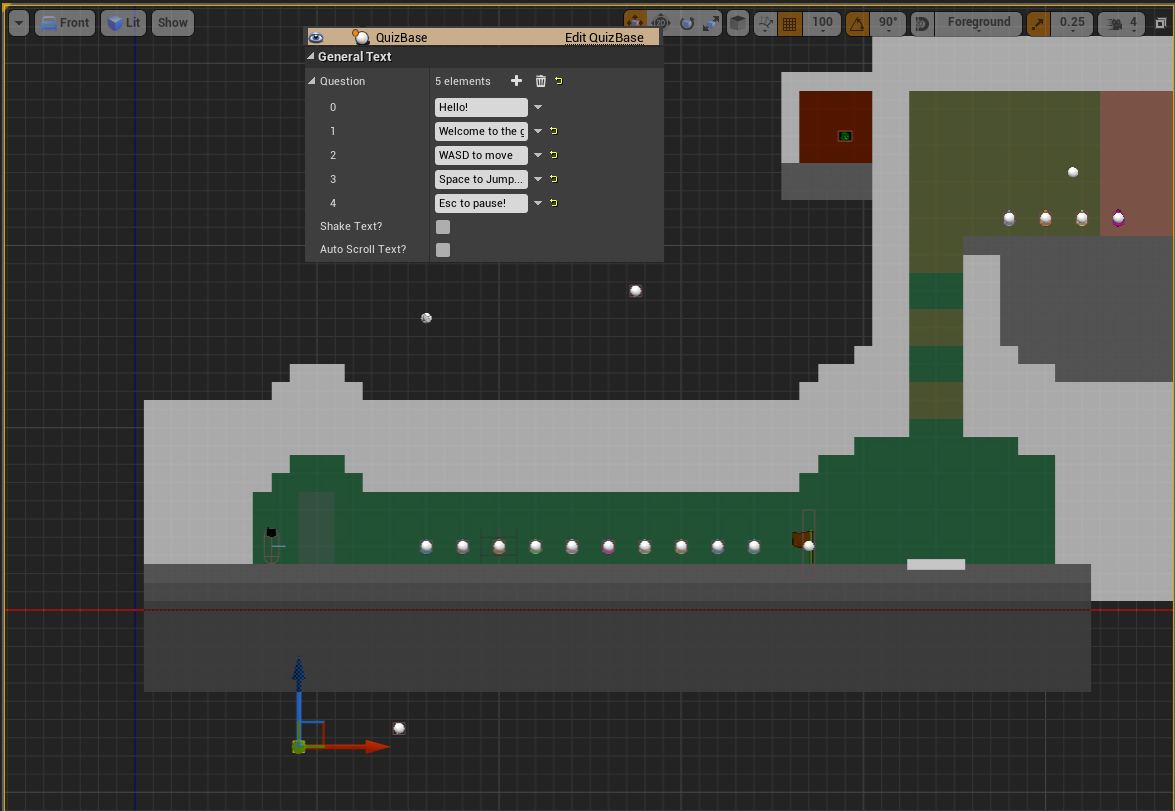 Issue 3: Player’s feet can be seen from behind a wall leading to another area (The little dots centre of screen). 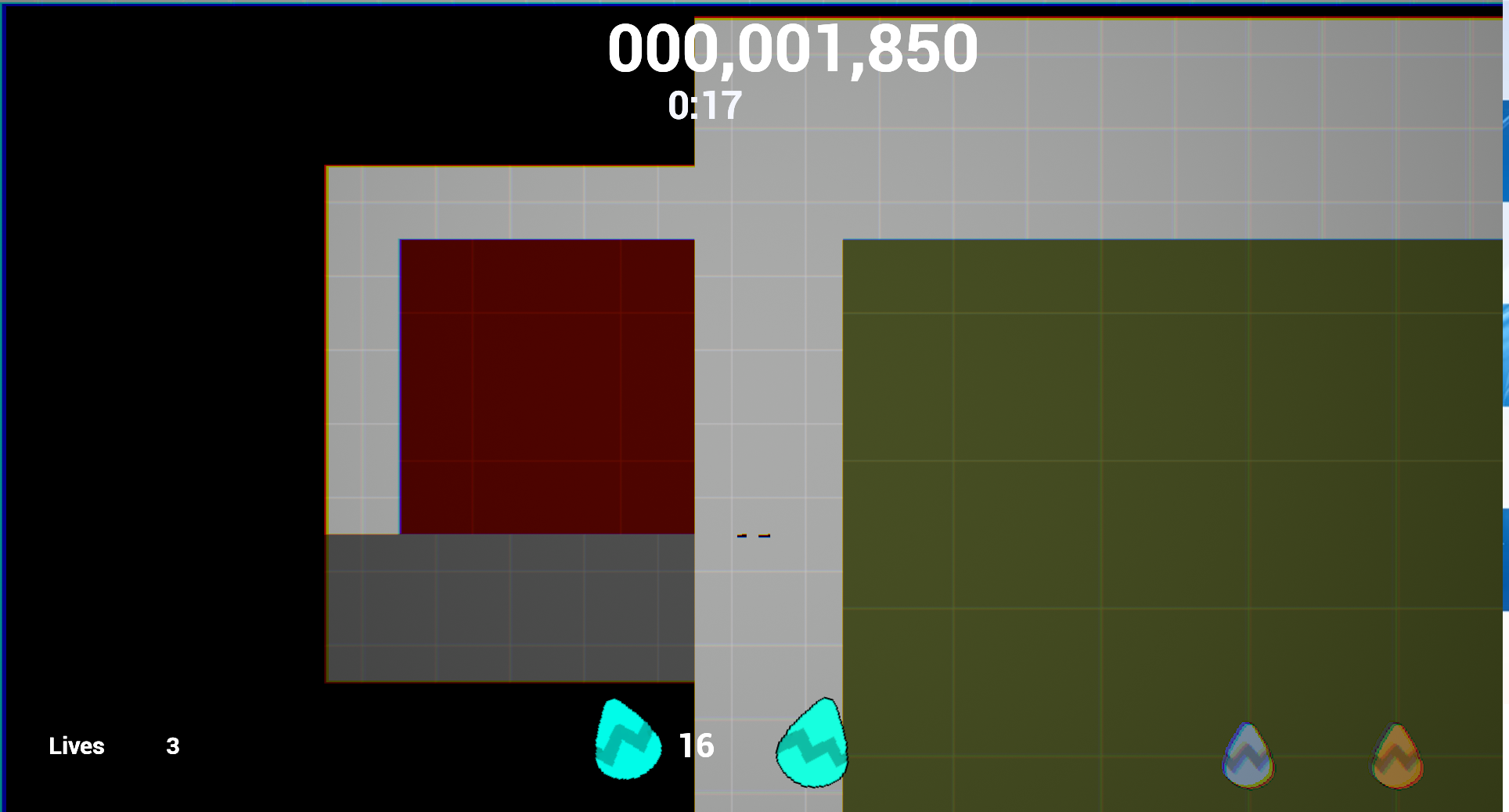 Solution: The player is shifted back 2 units in unreal to make feet go behind the rest of the blocks. 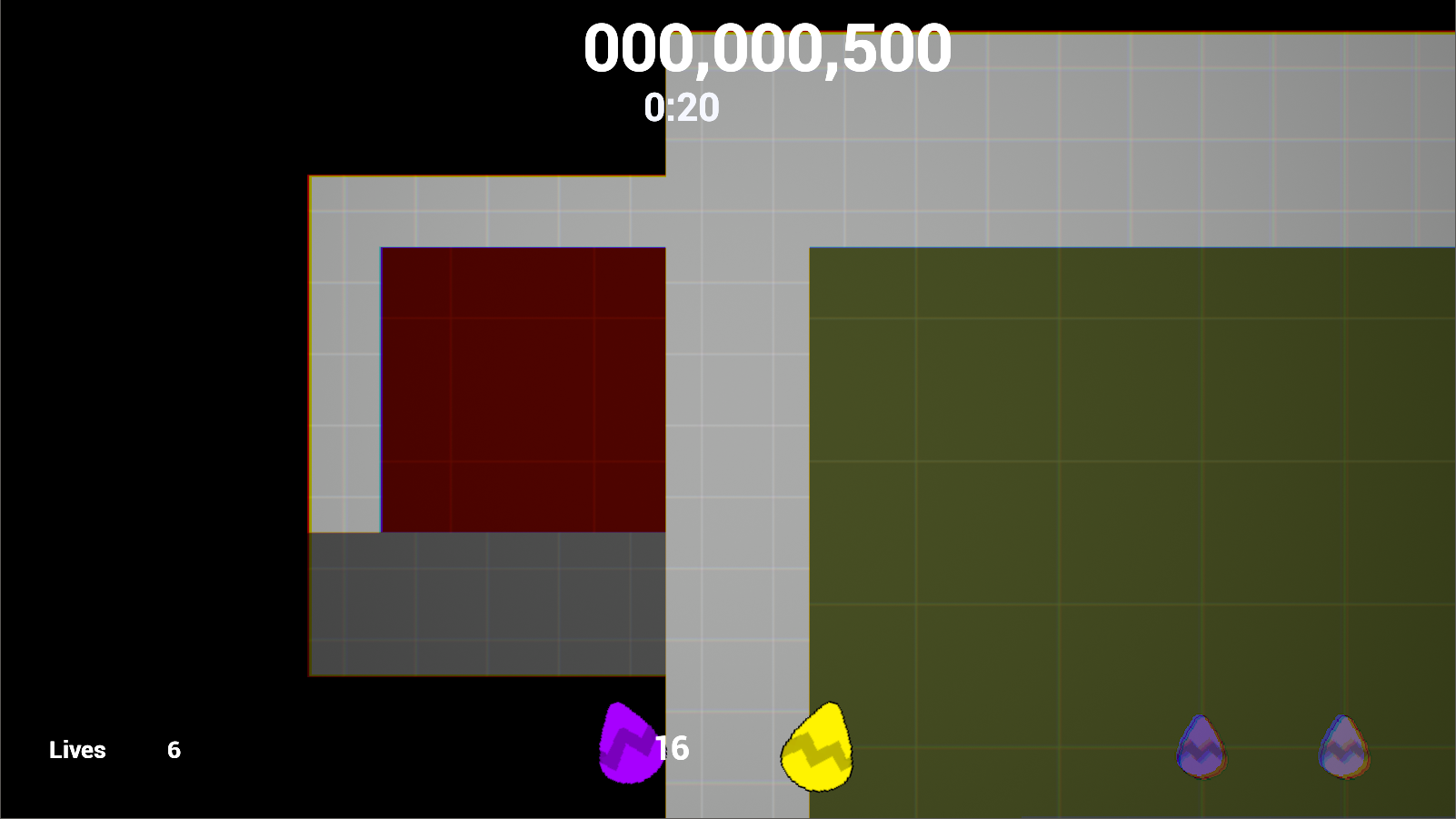 Issue 4: The level is quite short, extra challenge would be better.
Solution: More moving platforms added with the possibility of death. 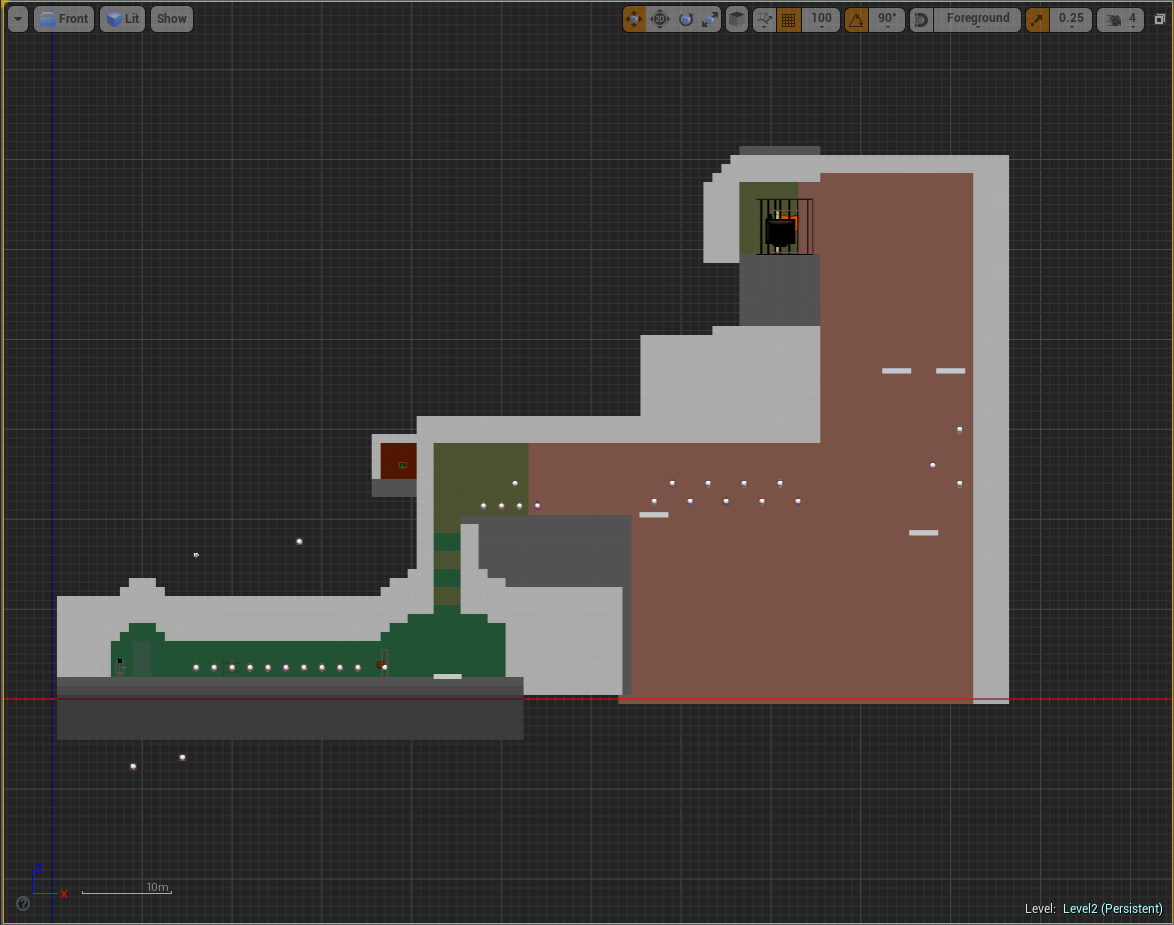 Level 3
Issue 5: The wall to the left of the player has no collision, meaning players could walk out of bounds on the level. 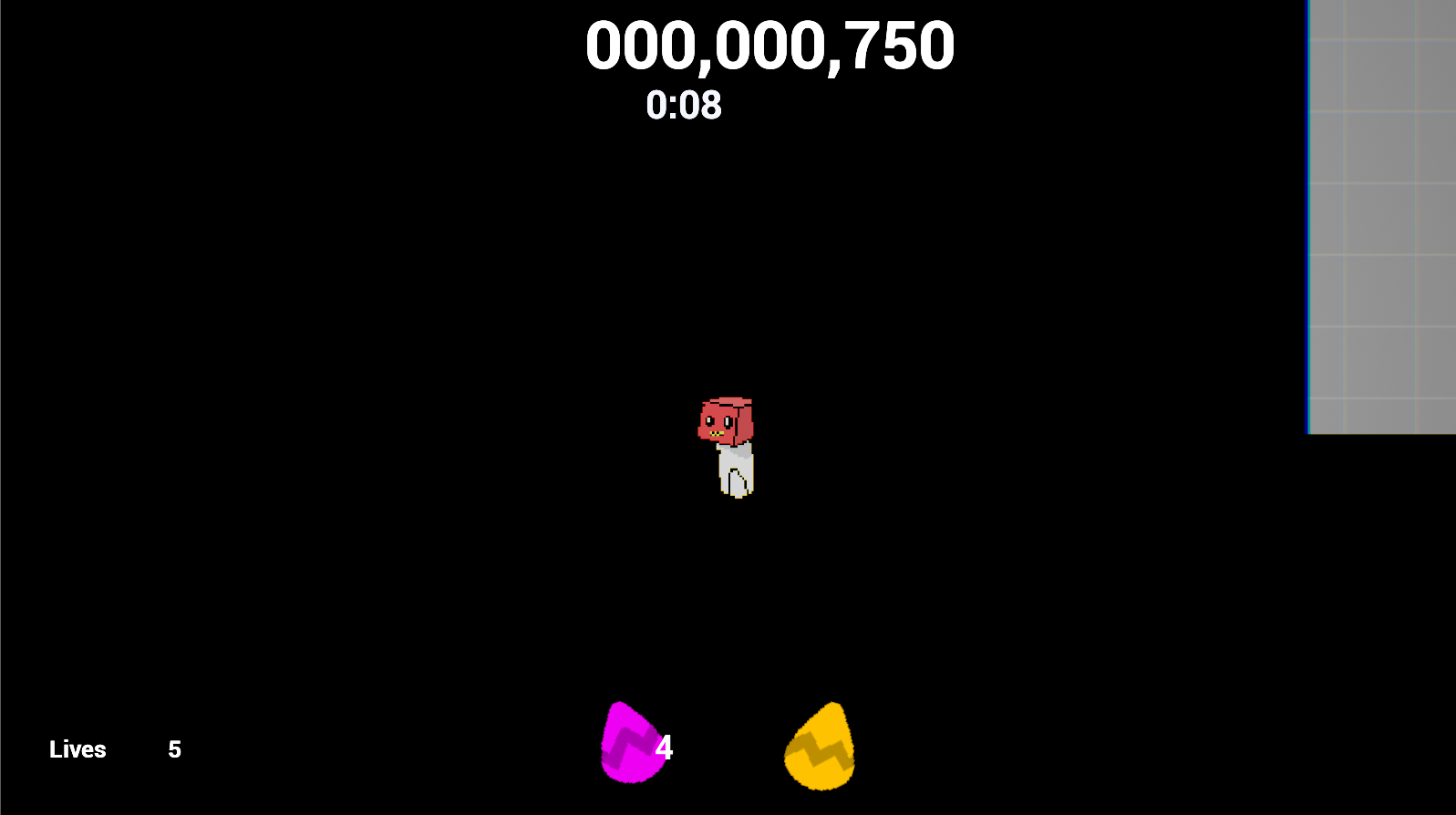 Solution: Collision added to that wall. 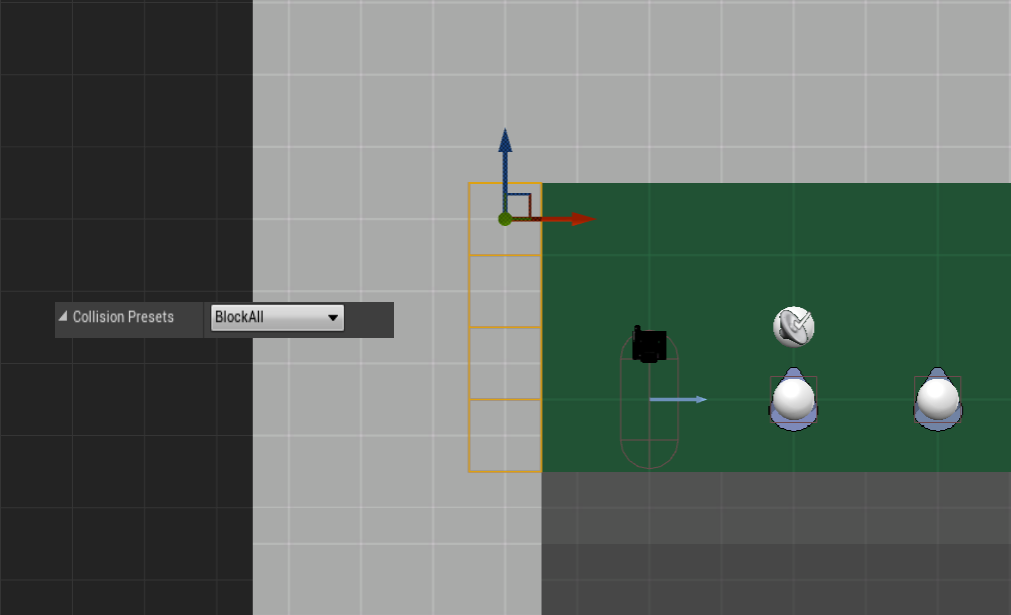 Issue 6: The checkpoints in levels weren’t prestented clearly to show their purpose.
Solution: Simple text saying checkpoint floats upwards when the player hits the checkpoint, showing the function of the mini flag.

Issue 7: The box moving mechanic is underused and there is no real challenge.
Solution: An extra part of the level was added, where the player must use boxes to jump a large gap they can’t make on their own. 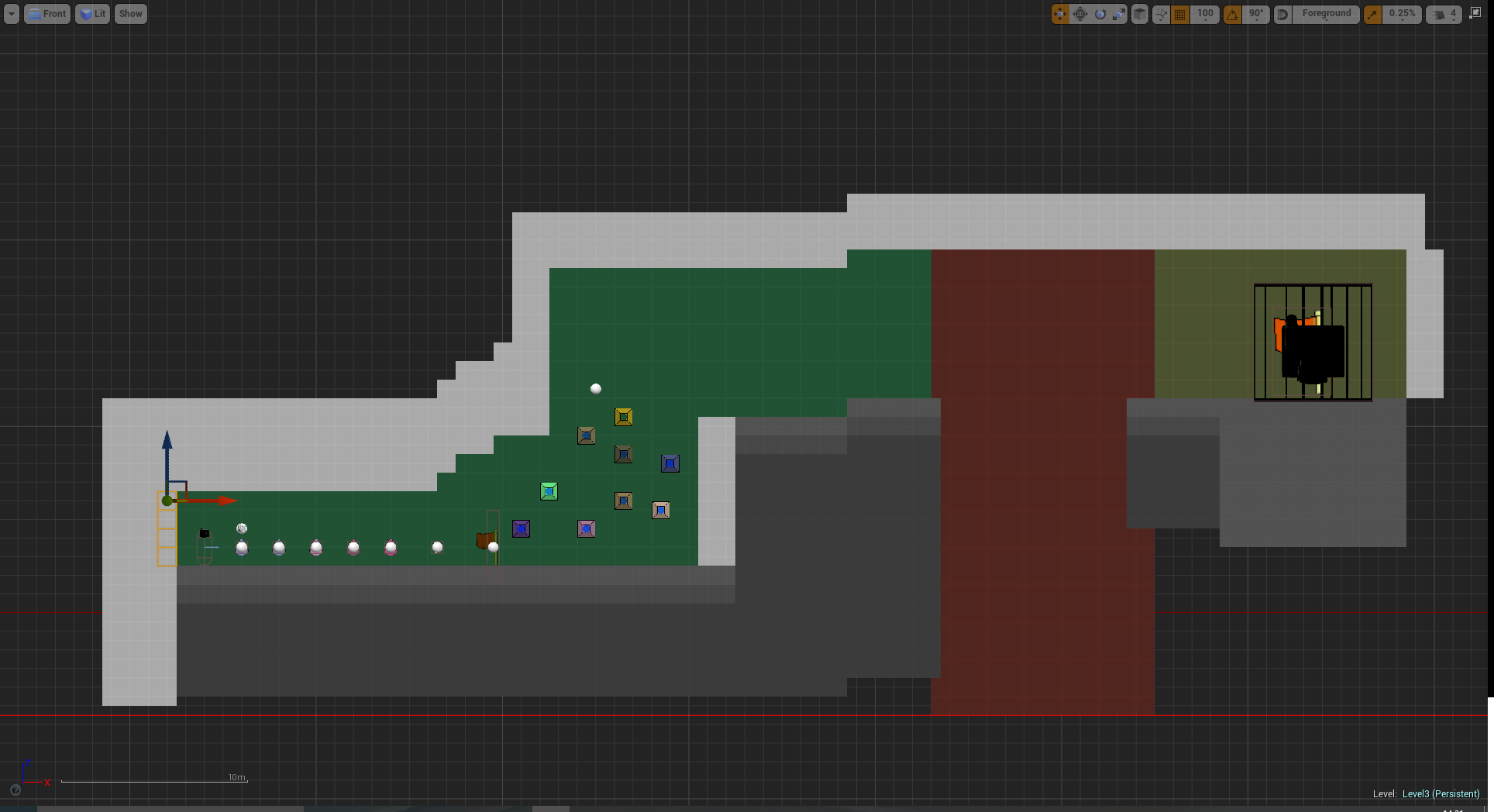 Level 4
Issue 8: The play tester was unsure what the skulls meant on the side of the screen.
An information box was added to the start of the level to describe death points.

Issue 9: The level was too short. 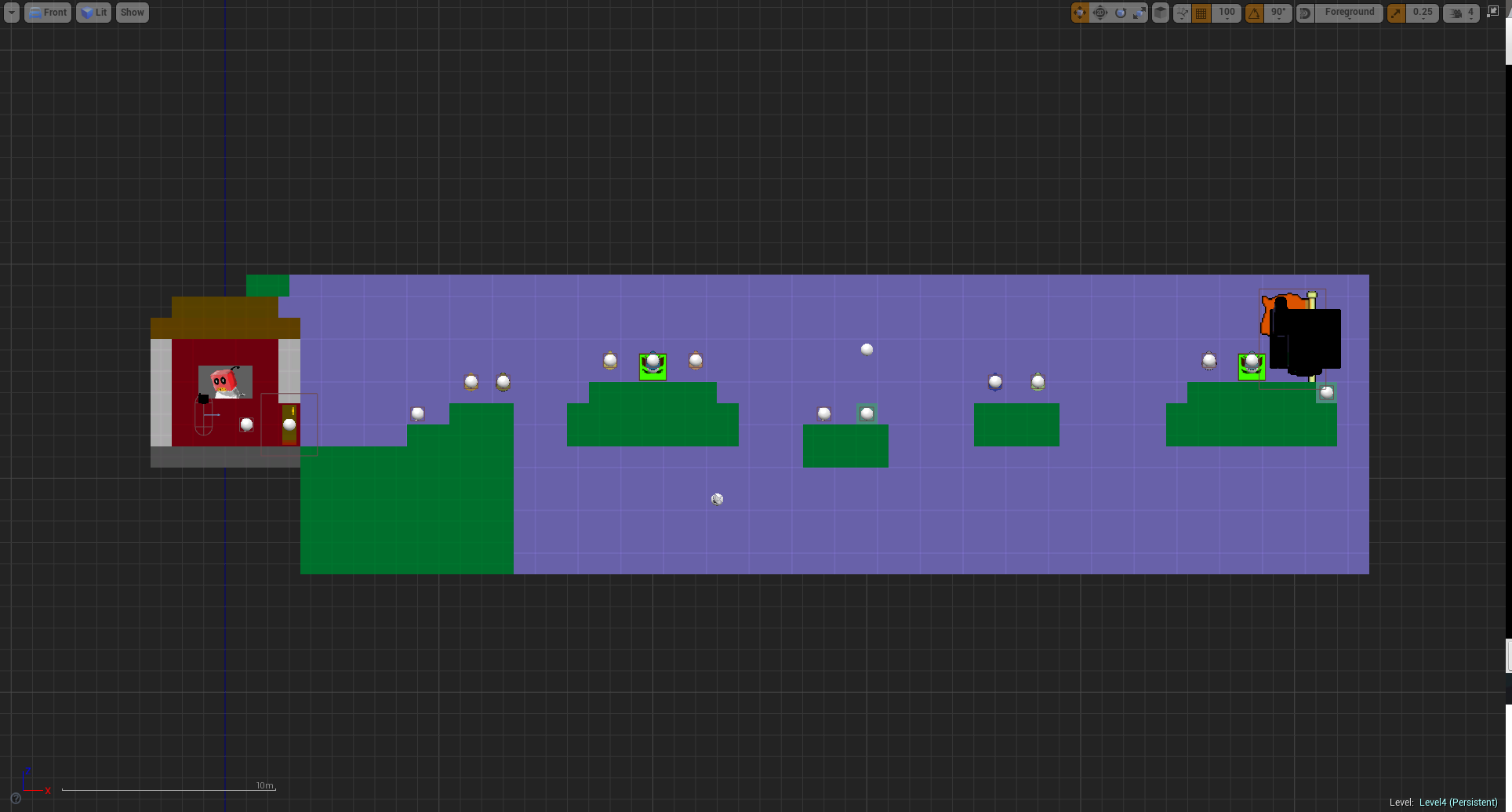 Solution: Level has been extended to add features of the previous two levels to see if the player remembers them. 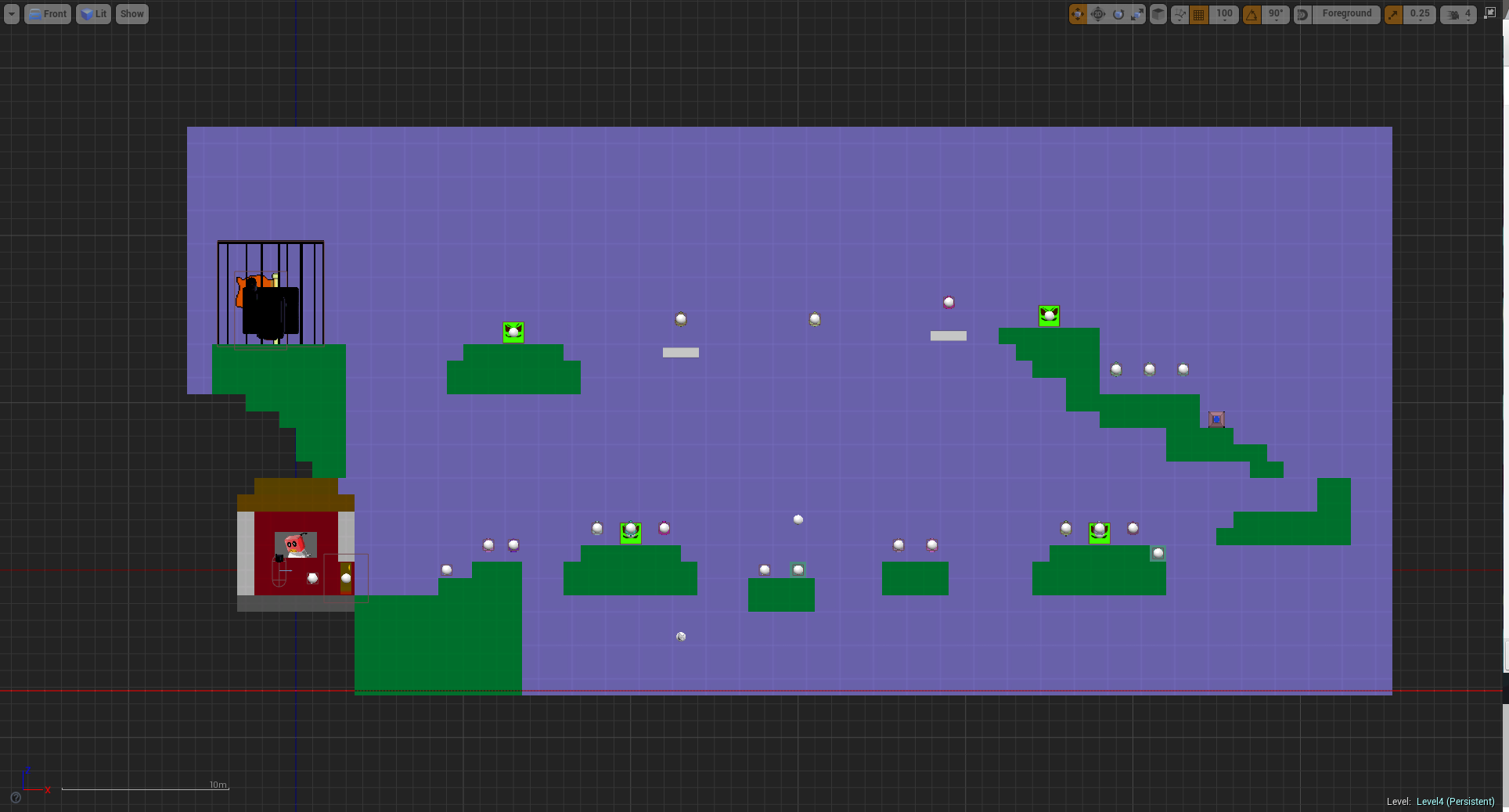 Level 5
Issue 10: Big monster thing that has no place 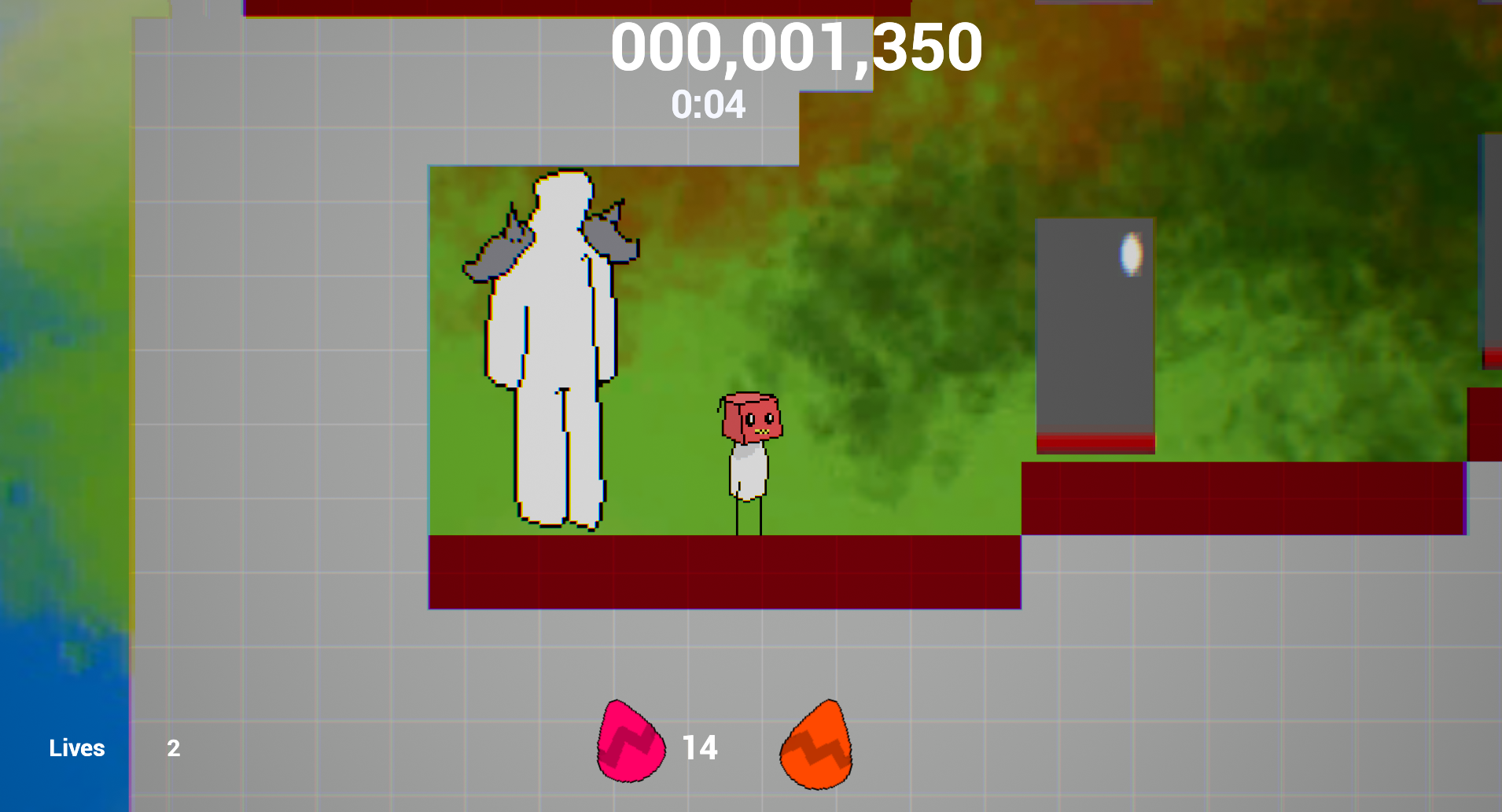 Solution: Removed that testing sprite, was supposed to be used for scale.

Issue 11: Don’t use arrows, the player should know where to go for themselves 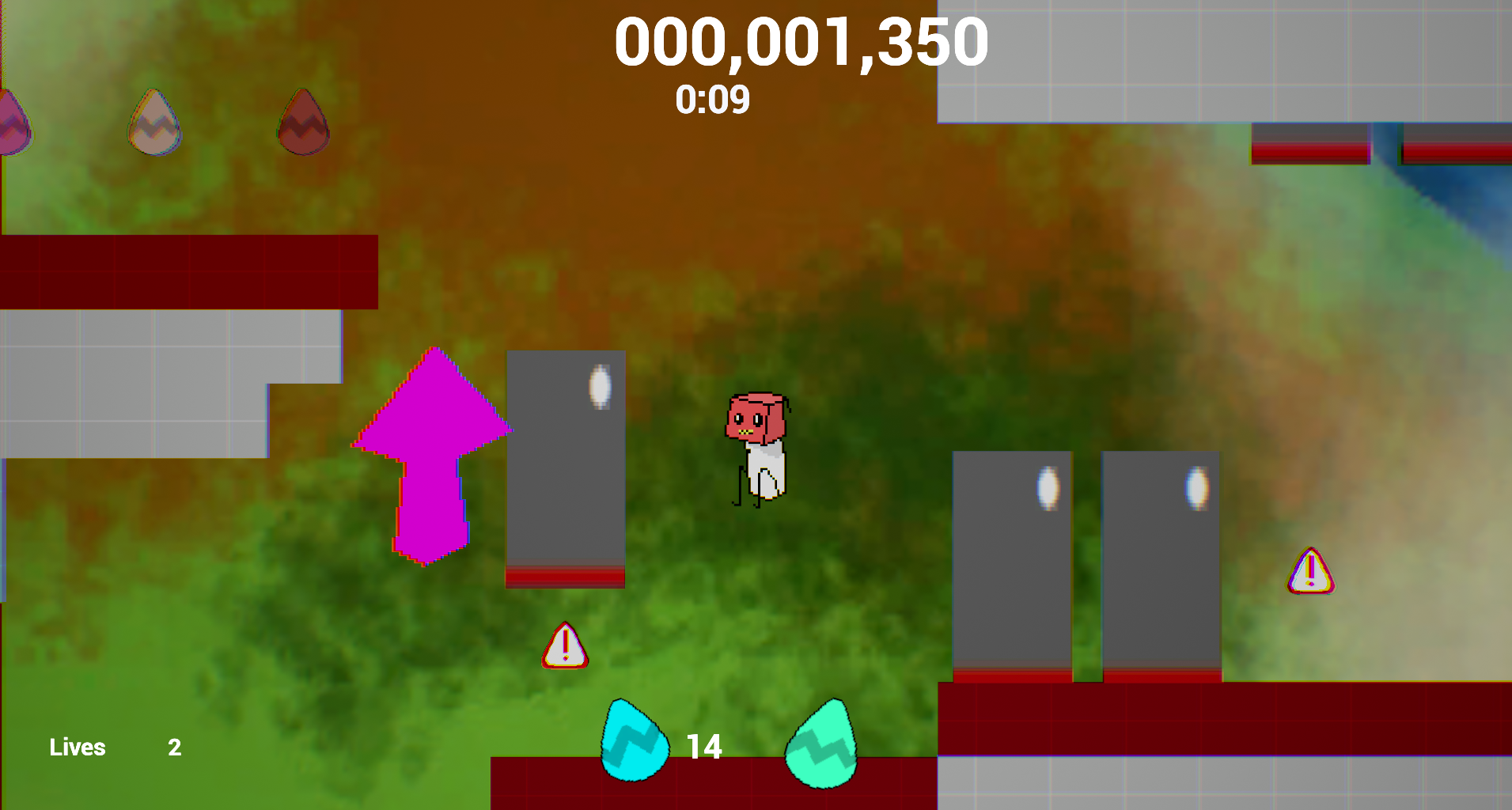 These are just some of the issues and solutions that were brought up during play testing. The rest will be in the second part that will be viewable soon! I general, play testing is very informative as a games designer!