Stay, dear reader, and harken the tragic story of King Leopold, the tyrant king! Today we shall learn that in the wise words of our bard Orlando the Otter: “Nothing is more important to kings than the affairs of state – except the affairs of kin!”

The year was 1848. The days grew dark for the Kingdom. The once budding enthusiasm of the advances of science and technology now gave way to a bleak realism. The steam engined boats did indeed bring wine and silk across the continent, but not to all animals. While the nouveau riche grew rich-er, more and more commoners would have to contend themselves with harsher and bleaker working conditions. A meal skipped here, a Sunday skipped there… Is this really what progress looked like?

Who would have thought that the brave and pioneering work of our greatest kings would be so perverted? All the scholarly works of king Valent, all the technological advancements pioneered by his grandson Leonard, all for what? For those toiling their lives in the mines or in the royal quarries, it would seem – all for naught.

Who would be to blame for this dismal state of affairs? Perhaps… (and this was said in the lowest of possible whispers) – our King? Is it possible that the best of all possible rulers are not so best after all? Perhaps holding the reigns on his Kingdom is too much for poor Leopold? There he sits, locked away in his high tower at Blackbark, uncaring that his Kingdom is falling apart… A shadow of his father's glory.

Blackbark – in the height of its glory

At least that is what the whispers said. As the whispers became pamphlets, and pamphlets rebellions, Leopold indeed had little time to sit in Blackbark. A prime example would be the Grain Tax of 1835 meant to feed the commoners – no sooner did he set it up, did the grain factories go to strike. No sooner did he send the 206th regiment to convince the strikers to his cause, did the people nickname him Tyrant King

At least that is what the whispers said. As the whispers became pamphlets, and pamphlets rebellions, Leopold indeed had little time to sit in Blackbark. A prime example would be the Grain Tax of 1835 meant to feed the commoners – no sooner did he set it up, did the grain factories go to strike. No sooner did he send the 206th regiment to convince the strikers to his cause, did the people nickname him Tyrant King.

The Grain Law was a dismal failure. The burghers in charge of local mills often misrepresented their production sizes to avoid paying the huge tax, and sometimes even hid the grain to produce false shortages and make more money on the black market. As a young scholar, Herbert the Hedgehog famously quipped: “The production of grain these years is so low, one wonders whether the populace thrives on the Kingdom’s air?” Even though Herbert was a staunch monarchist at the time, the saying spread through the kingdom with a much more sinister, implied meaning – that the populace can’t wait for the kingdom’s new heir to arrive. 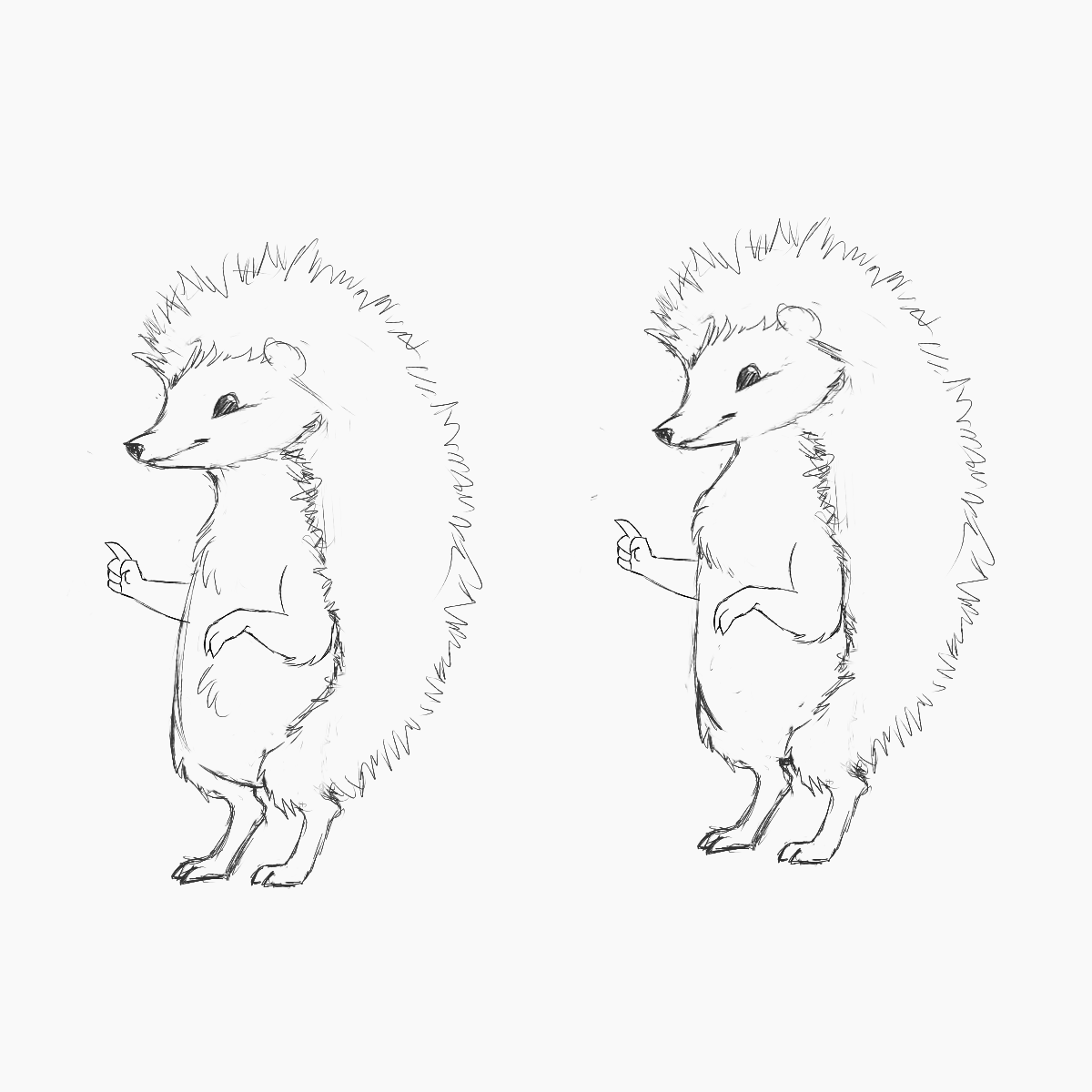 Not knowing whether this was a faux-pas or if he should really distrust Herbert, Leopold exiled the young scholar from Blackbark. As his list of friends grew thinner and his suspicions heavier, this started to become a commonplace occurrence. But the exiled engineers, scholars and captains of industry always found a way to continue their activities. In the case of Herbert, it was in the lion castle at Pride, which threw a wedge between King Leopold and his younger brother Lav, who oversaw the castle: after all, inviting the scholar to stay at Pride might be seen as a blatant disregard of his royal decree to exile the scholar. However, Lav believed that a scholar of such high repute is best held close to the lions, especially if his allegiance was questioned.

As the years went on, the Kingdom grew harder to control. However, Leopold had foreseen this development, and by 1845 he oversaw the training and deployment of an elite and secret militant force throughout the Kingdom. Whether by accident or by mindful decision, the word of the “Fang of the King” spread fear and compliance throughout the Kingdom, and the Fangs operations reached even as far as the colonial lands. Their methods were ruthless but the rebellions were starting to quell, and Leopold was finally at ease. 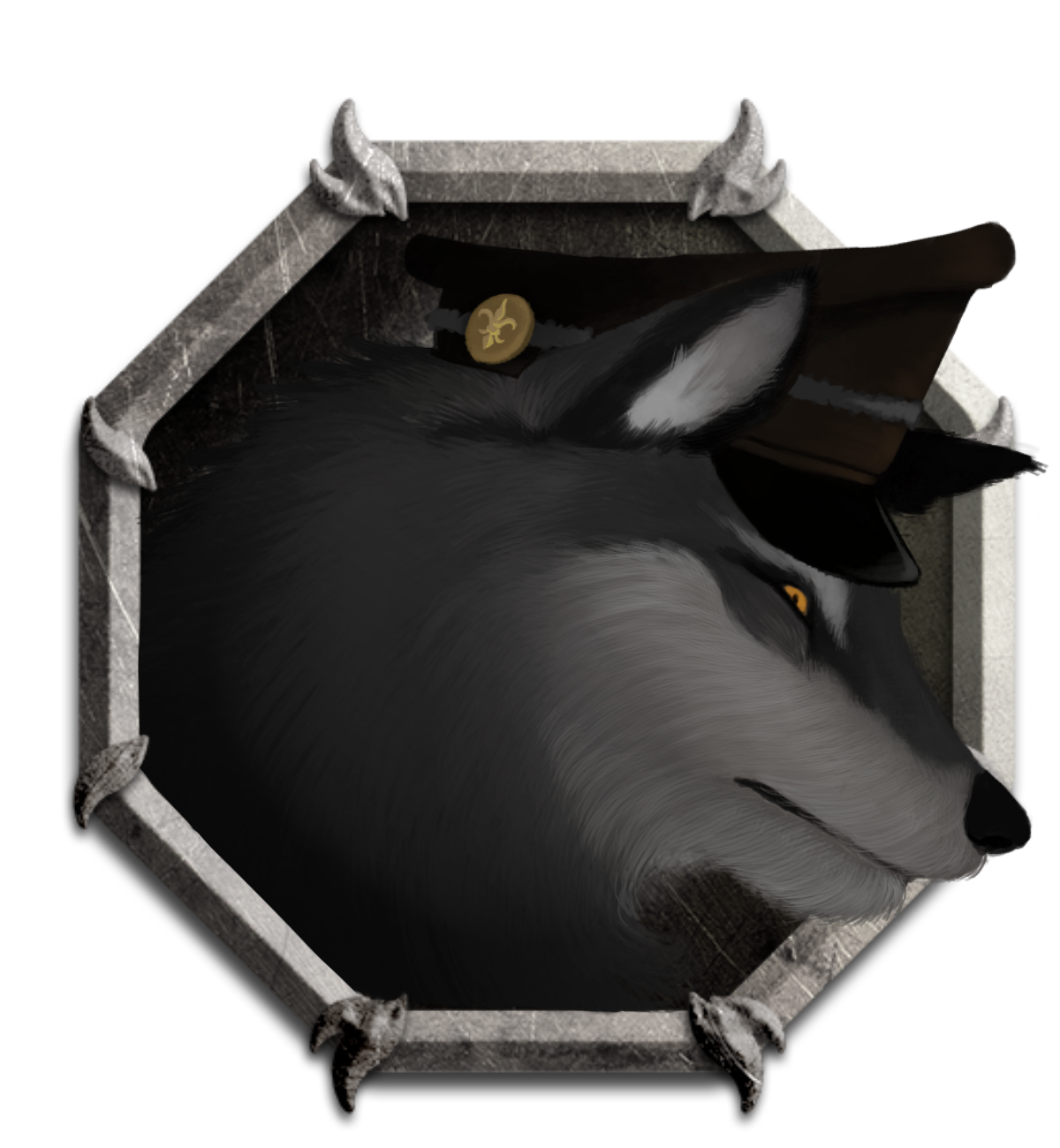 Unbeknownst to the King, however, the dissent did not grow quieter, only more organised. As it usually goes, the rebellion brew in the place one would least expect – with his brother, Lav. If it were Nicholas, or Mathilda, or any of the other noble families, he would have sent the Fang and razed their city to the ground on the mere possibility of dissent… but against his own brother? Now this was something that he could not bring himself to do. And so he called his brother to Blackbark – to find common ground.

Orlando dramatises their last encounter in the (much-maligned) play “The Roar that Shook the Kingdom”:

The two sons of Leonard the Wise – Leopold on the left and Lav on the right.

- Leopold, I love you as king and kin, so you will allow me the honesty I'm about to indulge. Yes, I've spoken to nobles, often and at great length. And yes, they love my words and yes, they hate your deeds. And yes, they whisper of succession. But whispering is not rebellion, and I would have you know I'd never bare my teeth against you, other than to speak advice. The whispering is nothing, pay it no heed.

-Oh, so is whispering nothing? Was your speech when you arrived in Blackbark also nothing? And the arming of the Prideguard? Dear brother, I know you've practiced your growing teeth on my ruffled fur as a cub, but never would I expect this habit to endure so long into your adulthood. You have changed, and against your charms the faith of your subjects would melt in blood. Luckily, I have seen to it that this will not come to pass: while I enjoyed your company, more have I enjoyed retaking Pride for the Crown. Now begone!

To surmise, during Lav’s stay in Blackbark, Leopold sent troops to Pride to enter the summer castle and set it under his control. That way, when Lav returned, he would find his city in the Kings rule, and he under watchful eye, and not a threat any more.

However, the denizens of Pride did not let the kings guard enter and take Pride for the crown, an open act of war against the crown. This event and its immediate aftermath is recounted in the Day of Bells, and is widely considered to be the start of the Lav Rebellion. 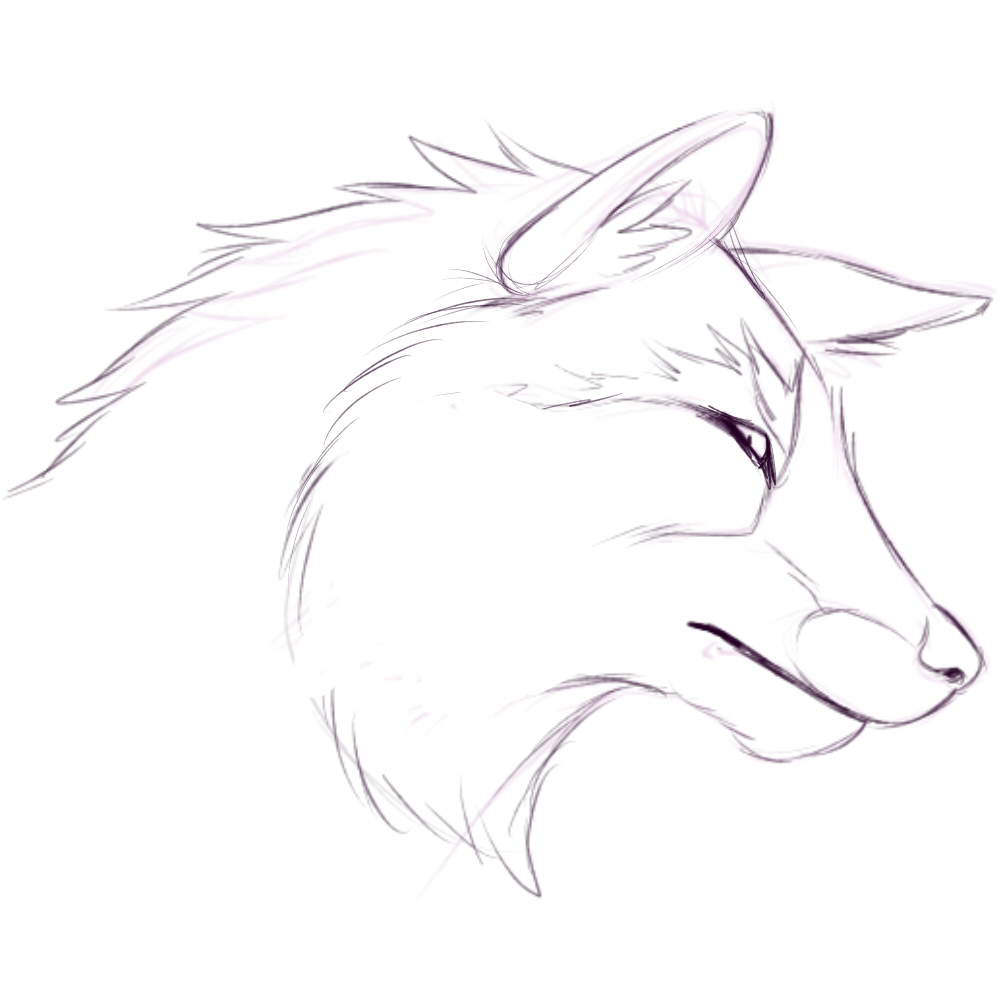 Courtroom sketch of Heinrich during the Numbat trials. Hanged for war crimes perpetrated in the Flocks.

This was over thirty years ago, and Lav has largely rebuilt the Kingdom guided by the principles of enlightened rule, but the wounds of war run deep, and memory of tyranny is strong still. When the winters are especially fruitless, the commoners say that you can hear Leopold’s roar still echoing in the air.

Be sure to add yourself to our newsletter or our Discord server to keep in touch with the latest news on the development of Trip the Ark Fantastic.