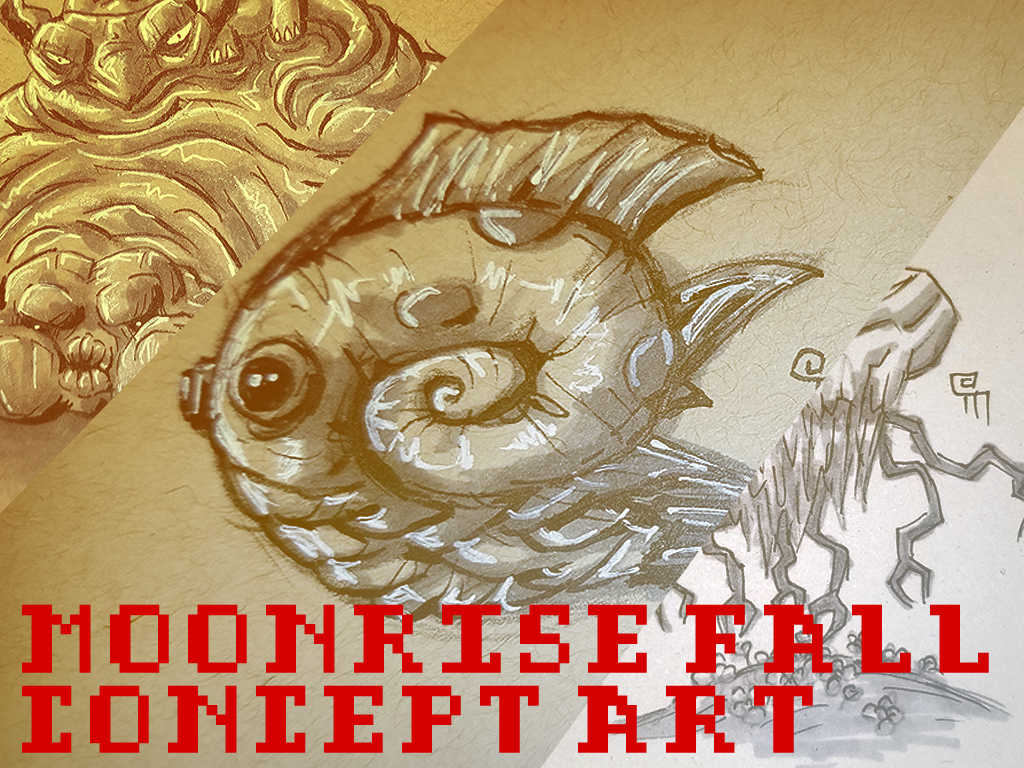 When I first started working on this game I didn't want to use pixel art. I wanted to make something with new ideas and I felt pixel art was too nostalgia driven. A friend of mine pushed me to try and make the pixel art my own. I glad he did cause I realized that pixels didn't have to be nostalgia driven and can bring on a life of it's own. (Not that there is anything wrong with being nostalgia driven... just not what I was going for.) After sometime I was able to adapt the pixels to my own style and sensibilities. 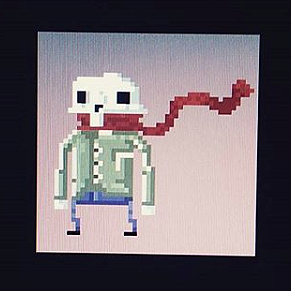 I have always enjoyed drawing monsters/creatures since I was a child and this game gave me an excuse to draw a bunch of them. So I went to sketching out creatures and ideas. I then narrowed down the creatures to the ones that were most interesting and brought with them unique game-play. The goal was to create creatures with personality and fun puzzles associated with that. 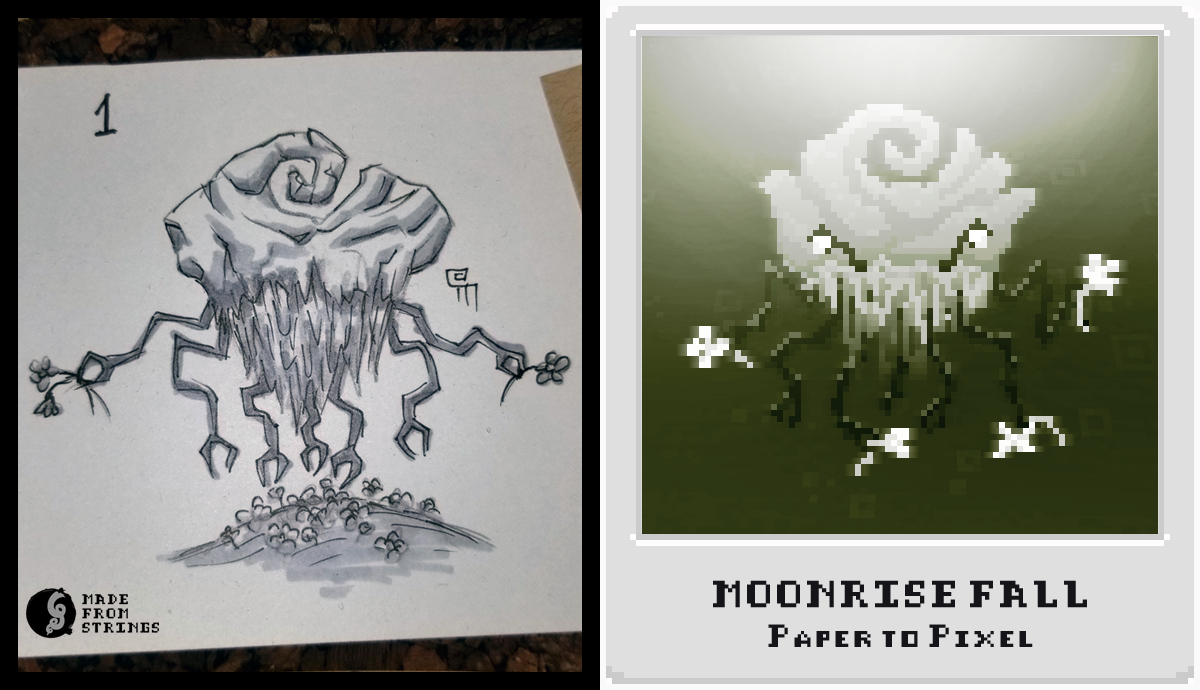 In the end I'm really happy with the way the game has turned out. The visual style ends up feeling familiar yet new. Which I think is a prefect mirror for the game-play itself. There are a lot more creatures and concepts to look at but want to save that for the game itself!

Thanks for your time & support,
Chris / Made From Strings 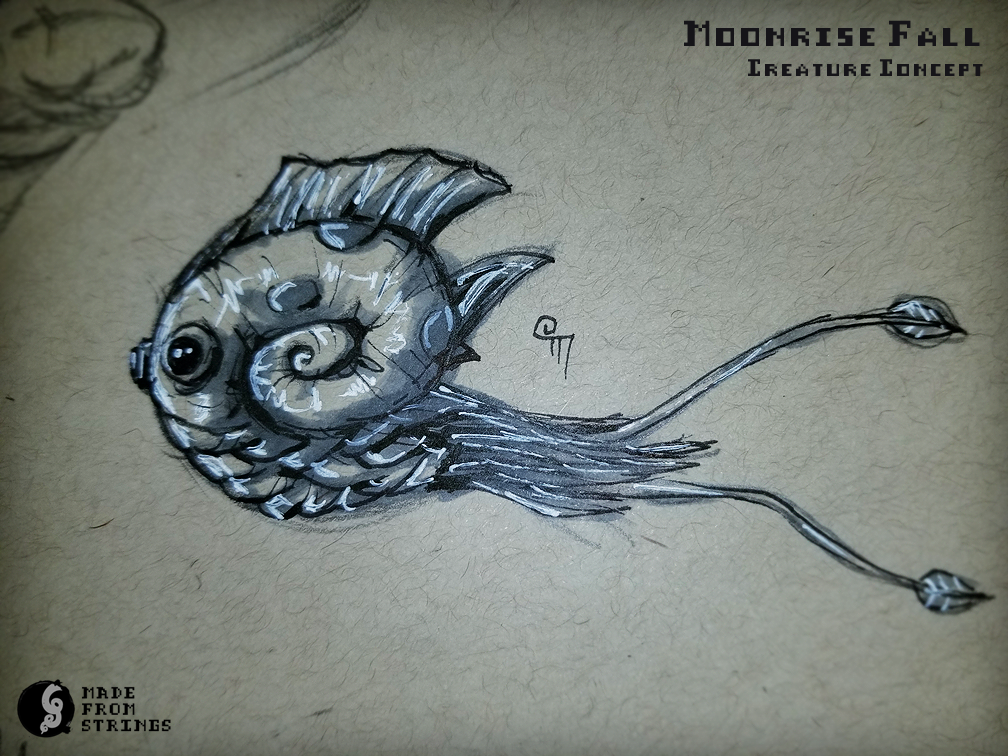 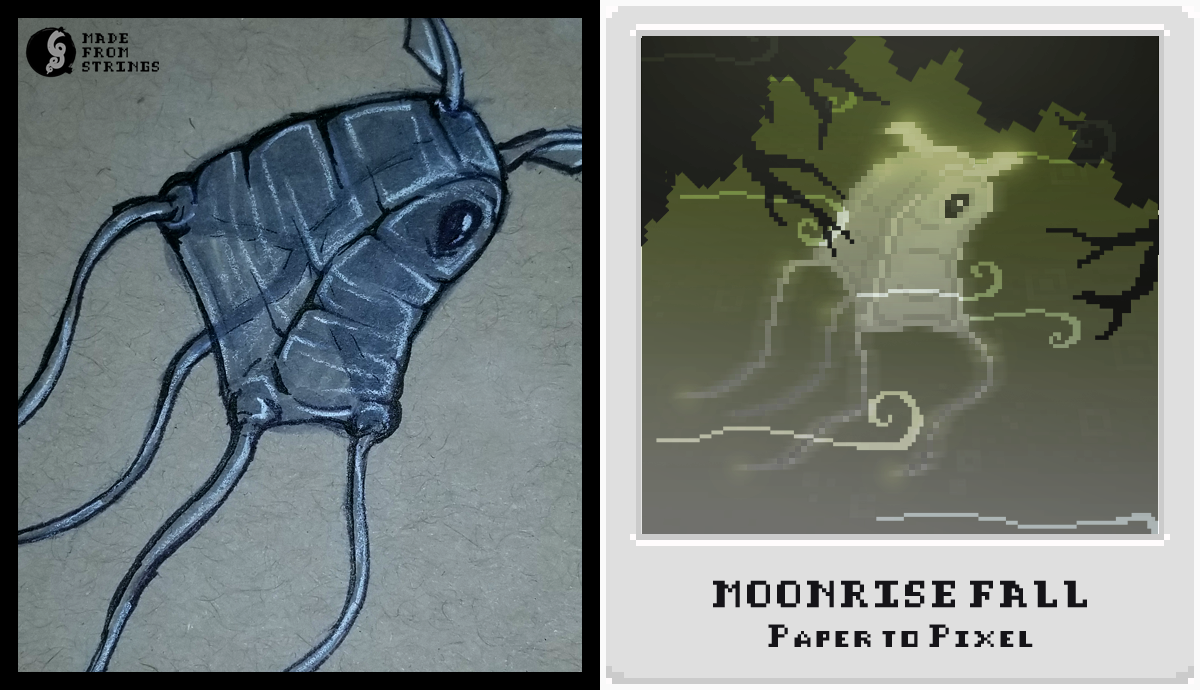 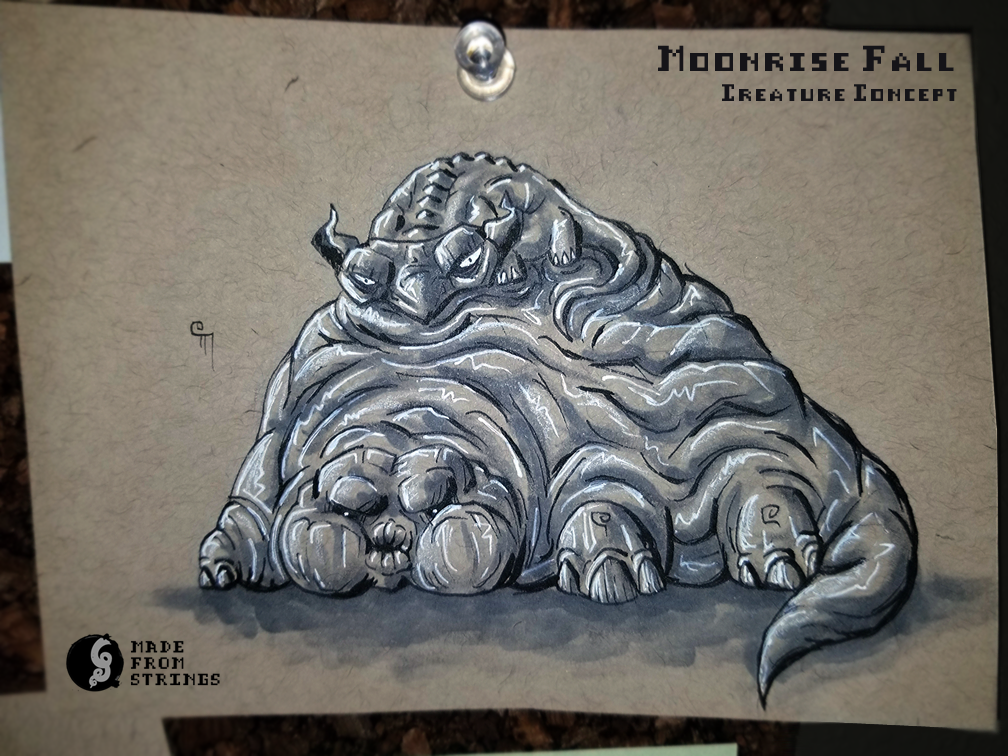 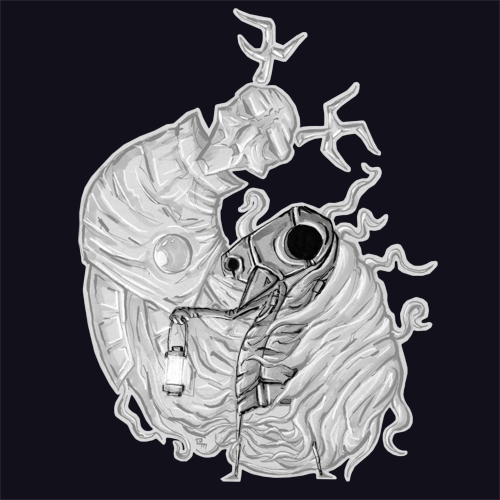 For this kind of game good sounds are essential. Preferably deeper sounds for creatures, like dinosaurs ..with depth, so that player bones start to vibrate. In most cases, on brink of hart attack will be good as starter element. Make`em to shake like on a wind, yea ..yea that`s right.

Thanks for the feedback :)